The dogs at Carson Animal Shelter in Gardena, California have found comfort and companionship in 6-year-old Jacob Tumalan, who visits every Thursday after school to soothe the animals with his storytelling. Jacob, who has autism, sits on a mat before the cages and reads to the abandoned dogs, who grow calmer in his presence.

The weekly ritual began when Jacob’s aunt, an animal rescue worker, first brought him to visit the shelter six months ago and saw the special bond he formed with the four-legged, furry friends. Though his autism means he’s often uncomfortable around loud noises and hectic activity, he’s easily relaxed and focused while engaging with the pups, who also give him a sense of purpose.

Jacob explains, “If I read to the dogs they will come out of their cages and find homes…They have to find new homes because they are alone.” His volunteer work and gentle, generous presence help to socialize the dogs in preparation for eventual adoption by forever families.

One dog named Pirate, who Jacob gravitated toward, had had issues with cats. So when the boy got wind of Pirate’s sensitivity to cats, he chose a feline-related book to read to the dog. Aaron Reyes, the deputy director of the County of Los Angeles Department of Animal Care and Control, told the outlet that the dog relaxes and calms down when Jacob does his job.

Jacob, too, benefits from the project: he’s improving his language skills and now reads at a third-grade level. It’s a win-win for kid and canine, a reminder that both tales and tails can truly change lives. 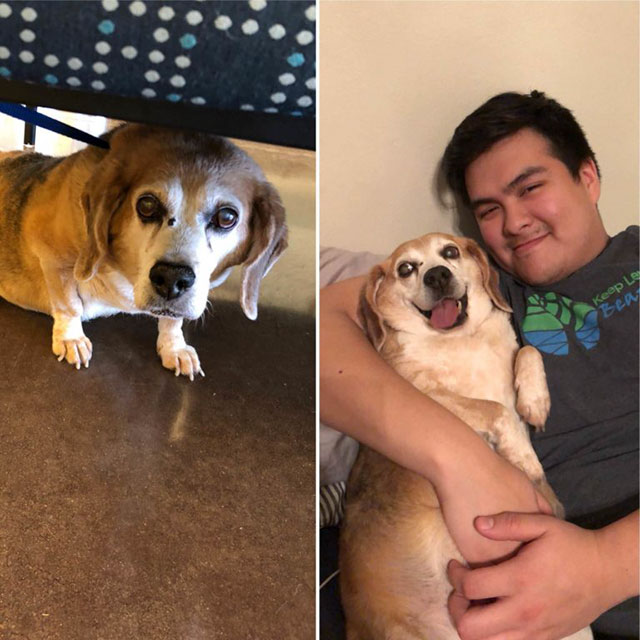