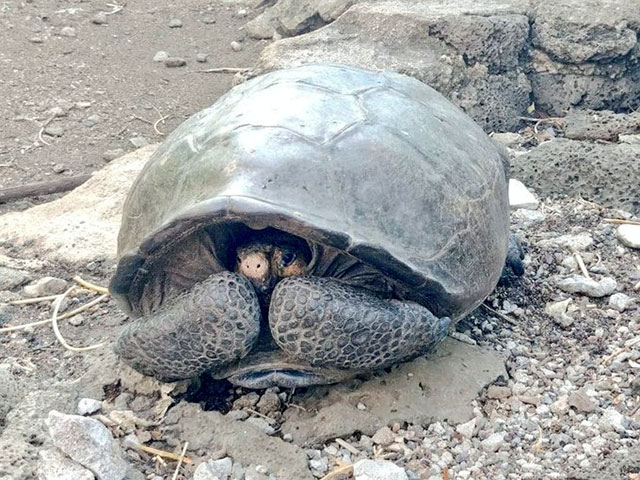 A living member of species of tortoise not seen in more than 110 years and feared to be extinct has been discovered on the Galapagos island of Fernandina.

An adult female Chelonoidis phantasticus, also known as the Fernandina giant tortoise, was sighted by a joint expedition of the Galápagos National Park and the US-based Galapagos Conservancy, Ecuador’s environment ministry said.

The team took the tortoise, which is probably more than 100 years old, to a breeding center for giant tortoises on Santa Cruz Island, where it will stay in a specially designed pen.

“This encourages us to strengthen our search plans to find other (tortoises), which will allow us to start a breeding program in captivity to recover this species,” said Danny Rueda, director of the Galapagos National Park.

Expedition leader Forrest Galante crossed a three-mile stretch of hardened lava flow and found the tortoise buried deep under a pile of brush.

“As a biologist and someone who has dedicated my life to the pursuit of animals believed extinct, this is by far my greatest scientific accomplishment and proudest moment,” said Galante.