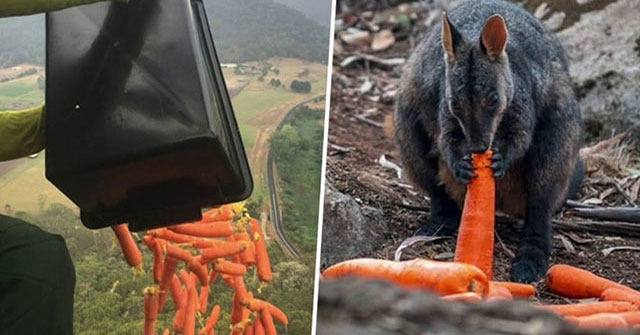 Australia is using airplanes and helicopters to feed hungry, vulnerable wildlife as bushfires rage across the country. The government dropped thousands of pounds of sweet potatoes and carrots to feed wildlife that have been stranded by the fires.

So far, they have dropped nearly 5,000 pounds of fresh vegetables. “The wallabies typically survive the fire itself, but are then left stranded with limited natural food as the fire takes out the vegetation around their rocky habitat,” NSW Environment Minister Matt Kean said. “The wallabies were already under stress from the ongoing drought, making survival challenging for the wallabies without assistance.”

Kean said they’ll be keeping an eye on the native species to check on their progress as part of the post-bushfire recovery process.