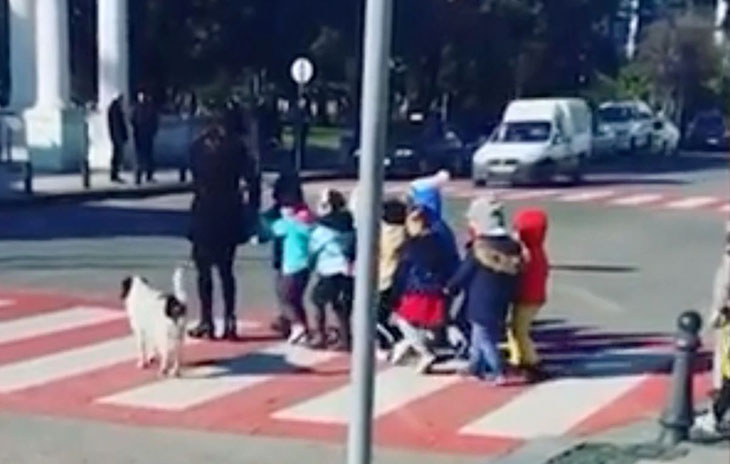 A stray dog in the country of Georgia has become an online sensation after jumping into action to help a group of children safely cross a street.

The video clip shows the dog running into the road and barking at cars as a group of kindergartners go from one side of the street to the other.

When it was safe, the self-appointed crossing guard finished the job by walking with the children until they reached the other side of the street.

The person who shot the scene said the stray is named “Kursha” and lives in the neighborhood.

It turns out this was not a one time occurence either. There’s another video showing the protective dog do exactly the same thing on another day.