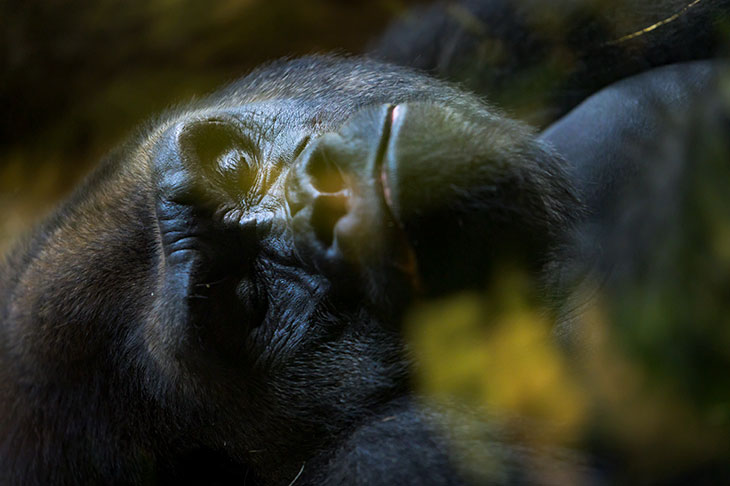 Just think about it. When was the last time you saw an animal sweat? Like, lift their arm up, embarrassing pit stain kind of sweat. Probably never, right? But that doesn’t mean animals don’t sweat, it’s just a bit more complicated. Read on to find out exactly which animals sweat and find out a pretty weird fact about hippos!

Is sweating unique to humans?

Yes and no. So, the reason that humans sweat is to help regulate our internal temperature. When we exercise or overheat, our sweat glands produce a thin, watery substance that leaves through pores and evaporates off our skin, taking heat away and cooling us down. This is our primary solution to temperature regulation and, yes, it’s unique only to us.

However, there are some animals out there that also sweat, it just isn’t in the same way and it isn’t their primary way to cool down. This is because we have different types of sweat glands.

• Eccrine Sweat Glands: These glands are located all over the human body. We have approximately 2 to 4 million of these glands. They produce the watery sweat that evaporates from our skin and keeps us cool. In dogs, cats, sheep and cows these glands are only located on the paws or upper lip. They’re too sparse to be used for temperature regulation.
• Apocrine Sweat Glands: This is the type of sweat gland that is found around hair follicles. From here they secrete an oily, fatty substance continuously into the gland tubule. In humans, these glands are mainly found in the underarms and are responsible for that “smelly sweat”. In other mammals, these glands are more numerous but the thick, oily substance is hard to evaporate from the skin and so doesn’t help them much with heat regulation.

Which animals have sweat glands?

Only mammals have sweat glands. Some mammals, like dogs and cats, have eccrine sweat glands the same as humans but they have much fewer.

All reptiles, amphibians and underwater creatures do not have any sweat glands. The same goes for dolphins, whales and porpoises, who all live under water and therefore secreting fluids will not help regulate their temperatures. They just rely on the surrounding water to help keep their temperature stable.

Rhinos, hippos and pigs also don’t have any sweat glands. They rely on rolling in the mud to keep them cool and give them a protective barrier against both the sun and insects.

So, if most mammals have sweat glands does that mean they all sweat? The answer is no. The only mammals that sweat the same way we do are primates like monkeys and ape. Humans can produce anywhere from 10 to 14 liters of sweat a day if needed which most other mammals don’t even come close to.

Yes! They do. Their system of sweating is very similar to humans. Monkeys, apes and lemurs all have a lot of sweat glands all over their body. They don’t have as many as humans, the sweatiest mammal around, but they have enough for sweating to be their primary method of cooling themselves down.

Like we said before, hippos are one of the few mammals that don’t have any sweat glands. So why do they look like they’re sweating blood? Well, most of the time hippos are in the water. They use this to regulate their temperature but when they step out of the water they need a new game plan.

They secrete an orange/red substance from their pores which acts as a barrier to UV rays and sun exposure and also has antibacterial properties. Don’t worry, it’s not really blood!

If animals don’t sweat like humans, how do they regulate their temperature?

Not many animals sweat like humans do, but of course they still get hot, so how do they keep themselves cool? Dogs, for example, pant to regulate their temperature. This is a similar process to sweating where hot air is expelled, helping to evaporate the moisture from the mouth and then cool air is sucked in.

Some animals use their ears to keep cool. When you think of an animal’s ears, elephants probably come to mind first. They can flap their ears and use them as fans to cool themselves. Other animals, like jackrabbits, have a more sophisticated system where they can constrict and expand the blood vessels in their ears to regulate temperature.

If pigs don’t sweat, where does the term “sweating like a pig” come from?

Phrases in the English language can be pretty confusing and this one is no different. Pigs don’t sweat so how can you sweat like a pig? The phrase actually has nothing to do with pigs! It comes from the creation of pig iron.

When this type of iron is created from iron ore the smelter has to heat it to extreme temperatures, until it is a burning liquid. They know it is cool enough to move when the “pig starts to sweat”. The liquid cools and the air around it reaches the dew point, leaving droplets of water on the metal, just like sweat! Well, I never would have guessed that’s where the phrase comes from!

That is a lot of information to process as most species have different methods of regulating their temperature. But to answer your original question, most mammals have sweat glands however only primates, horses, and humans use sweat as their primary source of cooling off.

Which Animals Mate The Longest?Sexual Cannibalism: Why Do Some Animals Eat Each Other After Mating?10 Animals With The Strongest Bite ForceWhat Animals Have Fingerprints?