We are going to look at these powerful animals and determine how a silverback gorilla would fair in a fight with each.

Silverback gorillas males stand on average 6 foot tall with the females topping out around 5 feet. Males can weigh between 300 and 450lbs with the smaller females ranging between 200 to 300 pounds. The male gorillas have broad, muscular shoulders and a crest, or ridge, that distinguishes them from the females. Gorillas can also bite with an incredible 1300 pounds per square inch, twice the force of a lion, which is enough to crush a human skull like a grape.

Male gorillas show an unbelievable amount of strength. Gorillas have been documented lifting over 1800 pounds and throw with a force of nearly 1000 pounds! Not only are they strong, but gorillas are also fast. Some gorillas have been recorded moving over 20 miles per hour.

(Related: How Do Gorillas Get So Big And Strong While Being Herbivores?)

In addition to the size, strength, and speed, gorillas are also very intelligent. In captivity, gorillas have been documented showing complex emotions, form family bonds, the ability to use tools, and recognize past and future. Some have been taught sign language and learned to communicate with the handlers. Gorillas have been shown to have an IQ range between 75 and 95 and possess the ability to understand 2000 English words. For comparison, the normal human IQ score is approximately 100.

Gorillas however do not hunt for food and lack that predatory instinct to kill and that might work against it in a battle with these natural hunters.

Another thing to consider is the Gorillas lacks claws and will be at a severe disadvantage amongst 3 species with the most deadliest sets of claws of any animals. 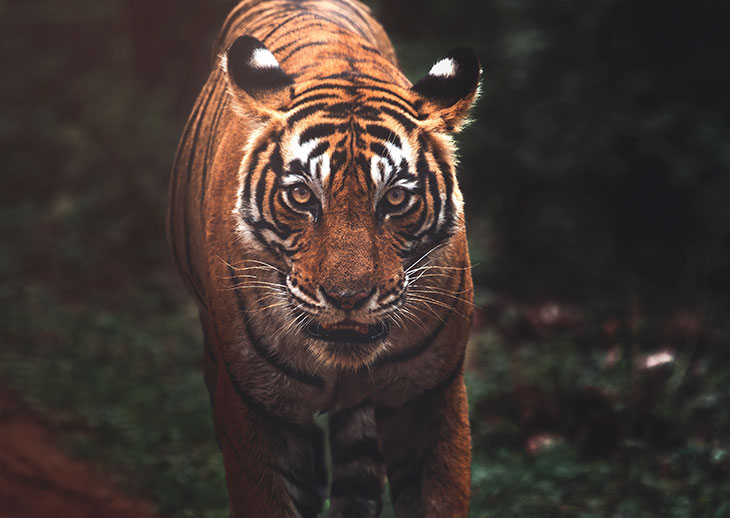 The first matchup will be the silverback gorilla vs a tiger.

Tigers are one of nature’s most feared predators and are known for the power and strength. An average male tiger weighs in at around 500 pounds and can reach up to 700 pounds. They average about 10 feet long and can run 30 to 40 miles per hour. They have strong powerful jaws that can unleash a bite force of 1050psi. They have 4 inch razor-sharp claws that routinely shred through buffalo, deer and wild boar. Tigers are natural born killing machines.

When it comes to a tiger and a gorilla in a fight it would be a short fight. Tigers are bigger, stronger, and faster than a gorilla. The gorilla would be able to put up a fight and could injure the tiger if he was able to get a bite in, but that would be his only offense. The gorilla’s thick neck would make it harder for the tiger to get his kill shot, but nonetheless, it would be an eventual tiger victory.

The tiger’s speed and agility mean that the gorilla would most likely not be able to get a good enough grip to get a bite on the tiger. With the tiger’s powerful and razor-sharp claws any attempt by the gorilla to grab it would be met with a fierce and deadly blow. 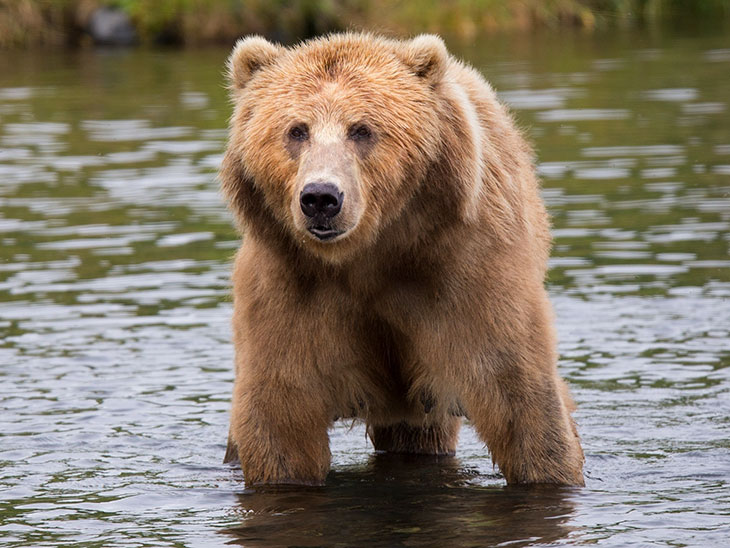 Grizzly bears, also known as a North American brown bear, are large bears native to North American and currently inhabit areas in the Northwestern US, Alaska, and Canada. A male grizzly weighs in at 600 pounds and stands 7 feet tall. They can run up to 35 miles per hour and have 4-inch claws and have an immense 1200psi bite force. Grizzlies are excellent hunters and are no stranger to killing both to eat and to defend their young.

In a fight between a gorilla and a grizzly bear, the first thing to note is the size advantage of the grizzly. The bear would be at least double the size of the gorilla. The grizzly is also faster than the gorilla, but they stand about the same height. The bear would bite the neck as a kill shot, which would be hard to get to on a gorilla since they have a small neck that is well protected. However, the bear’s 4-inch claws would inflict severe damage to the gorilla in any close combat.

In the end, the fight would most likely go to the grizzly bear. With the advantage in speed, weight, brute strength and predatory aggression, the grizzly would be able to inflict severe and fatal damage to the gorilla. 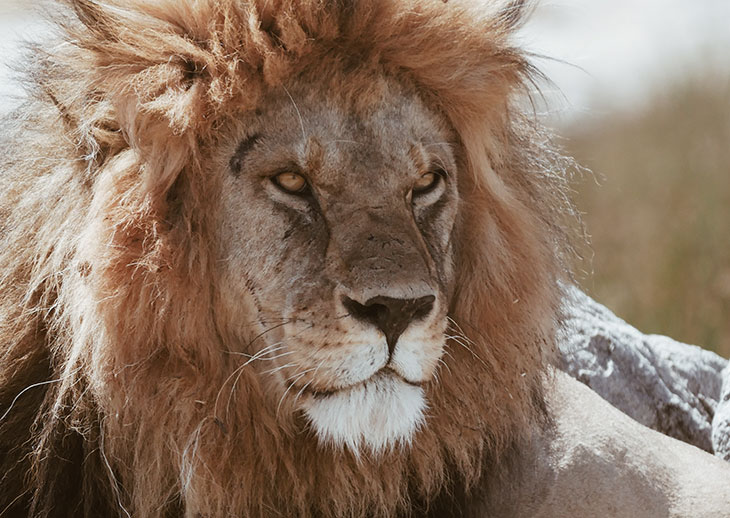 In a fight between a gorilla and a lion, they would be pretty equally matched. The biggest advantage would be the lion’s speed, however, it would not help him other than getting away from the gorilla. The lion would attempt to go for the neck. The neck of a gorilla is a small target that is well defended by their large muscular shoulders.

The gorilla would need to get a bite on the lion for it to be fatal. This would be very difficult with the lion’s speed and agility. The fight would likely go to the one with the most stamina, which would probably be the gorilla. The lion is certainly no slouch but just doesn’t have the size and strength advantage to overthrow the gorilla.

Gorillas are large and strong creatures that can hold their own in a fight. However, the power of the tiger and grizzly bear are just too much. The lion would surely put up a good fight but would eventually yield to the gorilla.

The good news is that none of the creatures would even have a reason to fight each other in the wild. They all serve as the kings of their own domains and rule basically unchallenged. However, if they all ended up in the ring together, my vote would be on the tiger.

(Related: How To Survive A Gorilla Attack) 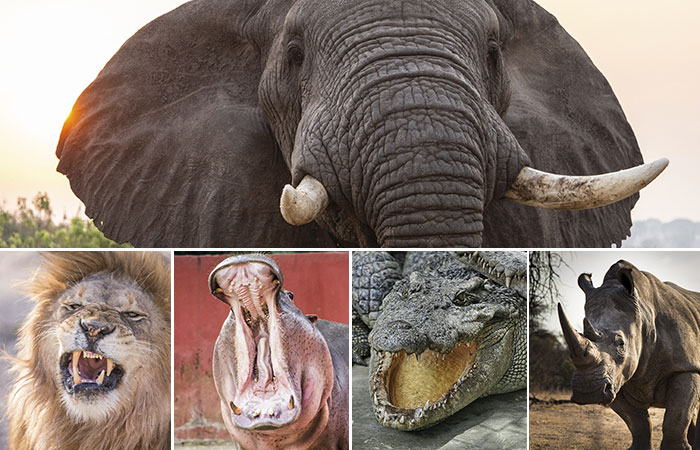