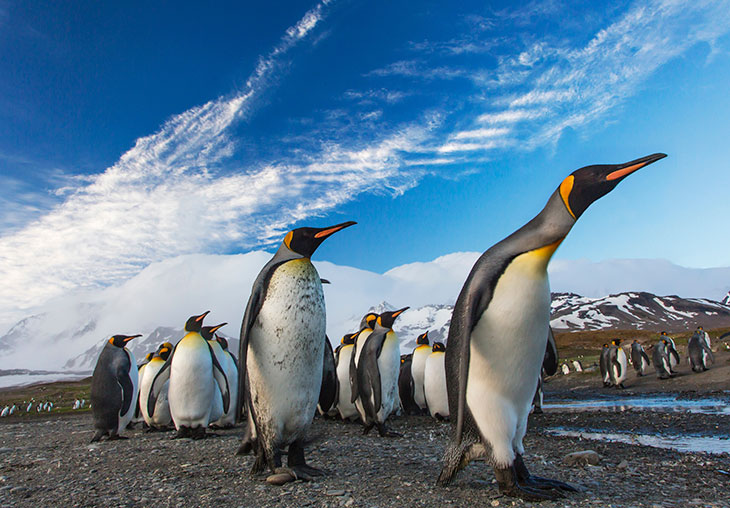 Penguins are often thought of as being idle creatures that do nothing more than waddle around in search of food. While penguins do hunt for food for most of the day, they spend their days doing much more than just that. In fact, you might be surprised to discover what exactly they do to pass time.

What Do Penguins Do All Day?

Penguins are busier than one might think. While they mainly swim, they do so for various reasons, such as to catch their meals or to find a nice nesting spot. However, when doing so they need to watch for predators. Their feathers can conceal them from certain prey, but they rely on other penguins to sound warning cries if a predator is nearby. Penguins also have the ability to quickly jump out of the water if a predator is close to them allowing a quick getaway.

Penguins will also spend time preening their feathers to help ensure they stay waterproof and insulated. This process is also done to remove parasites, dirt, and other particles from their body. To preen, penguins will use their beak to release oil from a gland near their tail to keep their feathers in the best shape possible. This process can take a bit of time as penguins are very meticulous when it comes to making sure they are properly preened.

What Do Penguins Do for Fun?

This animal loves to swim and will plop into the water for exercise. They can often be seen paddling their webbed feet quickly and doing crazy water stunts when playing with other penguins.
Penguins also enjoy eating and have a strong appetite. Most can be found munching on squid and krill – their favorite meals. Penguins will use a small hook on their bill to catch their food and then swallow it whole. For hydration, penguins will hike through the snow and fill their beak with it for water or visit the sea and scoop up water in their mouth.

Penguins are thought to be one of the most social birds on the planet. Almost everything they do is done in groups, including swimming. However, there are a few that might be a little more introverted and prefer to swim for food on their own. Despite this, most penguins are very social and can be seen walking around and huddled together.

Penguins are considered to be one of the most romantic animals when it comes to mating. During a courtship, a male penguin will search for the perfect pebble to give to his ideal partner. If the female accepts the pebble the two will mate.

Male penguins will also sound out a tune in order to find a partner and will create a unique song to serenade a female. Some females will also visit a male penguin’s nest and lie down in it waiting for him. However, if the male’s previous partner finds her there she will kick her out of his home and chase her away. 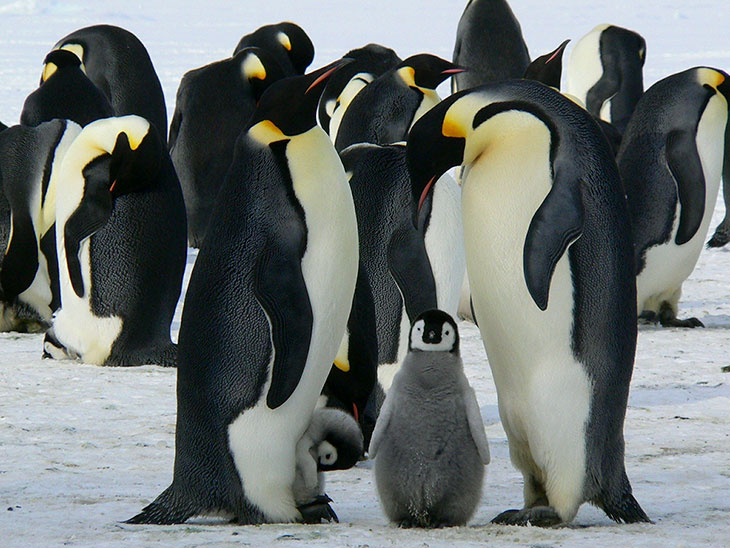 Both the male and female take turns caring for their chicks. When the eggs are first laid, both will take turns carefully incubating them. Once they hatch, the female penguin will go off in search of food while the male penguin watches over the chicks.

Penguins will watch over their chicks for a few weeks but will eventually abandon them once they are around five months old. While the chicks are surprised at first it helps them learn to forage for food on their own and find a colony to join.

Because penguin chicks tend to have different feather colorings it helps adult penguins to keep track of them. It also helps penguins to differentiate between those who are young and aren’t competition for mates and nesting spots.

To feed the chicks, penguins will chew on their food and then regurgitate it so it’s easier for them to swallow. The parent will lean over the chick and fill their beak with the food so they get enough of it. Once the chicks reach their juvenile plumage stage their parents will stop feeding them and the chicks will be forced to find their own meals.

What Do Penguins Do at Night?

When night falls, you’ll find penguins getting ready to sleep. Penguins will either float in the water when doing so or find a comfortable spot on a rock and stand on it. Some penguins might also stand a few inches in the water for their slumber. To help them sleep better and brace their body against the cold, some will hide their beak under their wings.
While they sleep longer at night they will take quick naps throughout the day. This helps them to gain the energy they need for hunting and swimming.

What Do Penguins Do in the Winter?

Penguins live in some of the world’s most frigid areas and their bodies are equipped to help them survive brutal wind gusts and snowfall. During the winter, penguins will huddle together in groups and move along in them as a way to help conserve heat. This also works to provide them with stability when strong winds blow through.
How penguins survive during the winter depends on their breed. For instance, macaroni penguins disperse during the winter to swim in warmer water and don’t typically leave the water until the winter is over.

Penguins are some of the world’s most interesting creatures. While they typically swim for most of their lives, they have their own unique personalities and daily habits making them intriguing creatures to learn about.

Male Penguins Propose With A Pebble And Five Other Cute Animal…