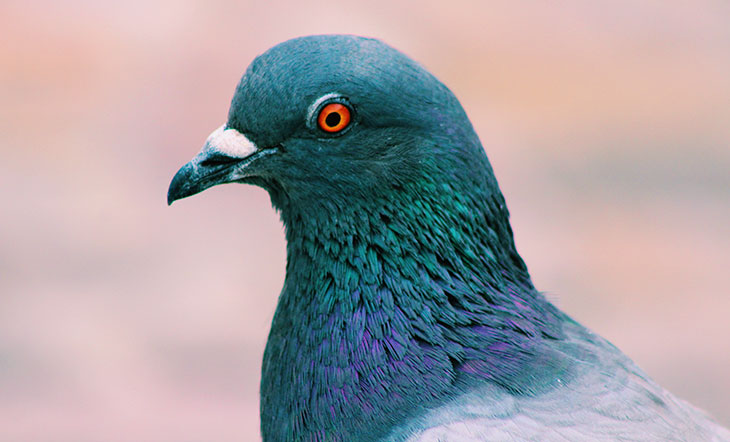 If you’ve ever been called bird brained, maybe it wasn’t quite as insulting as you thought. True, birds do think differently from mammals, but their actual brains can be surprisingly large compared to their overall size. In fact, birds’ brains are similar in proportions to primates, including apes, monkeys, and – yes – humans. Not only do their brains look capable of intelligence, but their behavior suggests it too. Just look at one of the most common and most scorned birds of all, the pigeon.

While pigeons do have devoted fans – one racing pigeon enthusiast even paid a staggering one and a quarter million dollars for a Belgian champion pigeon called Armando – many are more likely to dismiss them as winged rats and pests. When cities take actions to cull their pigeon populations, they are often supported by many. But what if those people knew just how smart a pigeon can be?

And no, this isn’t about their ability to navigate their way home, extraordinary though that is. After all, that’s at least partly an instinctive skill, based on sensing the earth’s magnetic fields and using cues from the sun’s position – though it still takes intelligence to organize these impressions. But there’s a lot more to a pigeon’s brain than just flying home.

Pigeons Are How Smart?

For example, did you know they could count? In a 2011 study, researchers in New Zealand, investigated whether pigeons could master numbers. Lots of species have been shown to be able to discriminate between different numbers, such as the difference between 5 or 10 food pellets – this is a simple task. However, the New Zealand researchers presented pigeons with sets of visual figures that indicated a range of objects from 1 to 9. The birds learnt how to indicate to them in ascending order, a task which would be impossible for the majority of species other than some monkeys.

Still not impressed? What if we told you they could read? Well, sort of. In a 2016 study, a research team from New Zealand and Germany showed that pigeons can be trained to discriminate words they know from random combinations of letters. Using a food reward system, pigeons learned up to 58 words and could tell them apart from 7,832 random four-letter combinations. It became clear that a pigeon had a representation of what a word is in their brains, one of the crucial steps towards reading, a skill that was long considered to be only human.

Still not convinced? What about if we told you that pigeons had learnt not only how to tell the difference between a Picasso and a Monet, but between other cubist and impressionist painters? Or that they had been taught to diagnose cancer by distinguishing between malign and benign tissue, something humans train for years to master?

If you are somehow still unpersuaded, then let’s talk about the mirror test, one of the most famous tests for animal intelligence. Invented by Gordon Gallup Jr in 1970, it judges self awareness by whether an animal can recognize its own reflection in a mirror.

The animal is marked with a dye and placed in front of the mirror, and researchers then check whether the animal reacts in a way that shows it understands the dye is on its own body, which can be shown by it turning to get a better view or touching the marking on its own body while still looking at the mirror.

The first set of animals who have passed the test might not surprise you, as they are the very creatures we normally think of as intelligent – chimpanzees, bonobos, orangutans, dolphins, elephants and, yes, humans – but not until we are at least one and a half years old. More often an infant child will react to the mirror image with fear or simple indifference, while dogs, gorillas and most birds will attempt to intimidate or attack the mirror image. But not pigeons, who have been observed to peck at the spot of dye on its own body in an effort to remove it.

Other birds have a mixed record. While two Eurasian magpies have also passed the tests, sustained experiments with crows showed much patchier results. Crows did score more highly than pigeons on other tests, however. Their facial recognition skills are superb, and they are also excellent problem solvers, as the fascinating Aesop’s Fable Test shows. In this test, based on an ancient Greek lesson, a crow is able to drink by dropping small stones into a jug filled with shallow water until the water rises to within its reach. In a 2014 experiment, researchers set up a similar scenario using food, and the crows passed the test with flying colours. Read this for a fascinating account of other bird intelligence tests conducted over the years.

The Most Intelligent Bird Of Them All

But when it comes to brainy birds, the African grey parrot is surely the most intelligent because it is capable of understanding the meaning of words. Let that sink in. The average talking parrot simply mimics human sounds but one grey parrot was taught to name over 50 objects of different colors, shapes and quantities. Perhaps the most famous of all grey parrots, Alex, even asked a basic question in English, something no other animal has ever done that we understand. (If you want a sad and beautiful coda to his story, Alex died in 2007, his last words being "You be good, I love you. See you tomorrow.")

Put A Dunce Cap On This Bird

And the stupidest bird? Well, the mean-minded or extremely Darwinist would argue for the Dodo, which never worked out that humans were trying to kill it until there were no more left. Popularly, the Turkey is often called the dumbest creature, with some claiming these birds can be so stupid that they look up when it rains and keep staring until they drown. That’s probably never really happened, but it is true that turkeys do often cock their heads and hold still for a minute or more – though that is actually more of a nervous disorder than flat out stupidity. Tom Savage of Oregon University, a bird intelligence expert, says "It’s an example of how a misunderstood animal behavior becomes identified as proof that the animal is extremely lacking in intelligence.”

And if there’s one thing you should take away from this article, we hope it’s that – birds shouldn’t be underestimated. They may well be smarter than your infant child, niece or nephew. And if one day you want to teach that child the difference between cubism and impressionism, you could do worse than take a pigeon to the gallery with you.