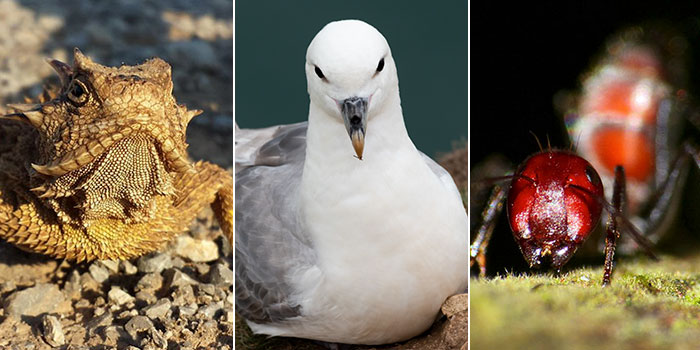 Mother Nature is truly fascinating whether you’re looking at the world’s natural beauty, colossal and unprecedented extreme weather or the animal kingdom. Personally, I’ve always loved animals, but not just the cute and fluffy ones that climb onto your lap and lick your face.

The ones that always interested me more were the ones that are often overlooked. The reptiles, the fish and the weird and wonderful insects always fascinated me and you’re about to learn why.

If an animal is susceptible to becoming the prey of another animal then it’s a sure bet that they’ve got some form of defense mechanism up their sleeve to ensure their survival and the survival of their species. After all, that’s what it’s all about. However, some creatures out there have taken it to a whole new level and have some pretty bizarre forms of defense.

Did you hear the one about the lizard that shoots blood from its eyes or the suicide bombing ants? No? Well read on to learn more about these and six other animals with truly extraordinary defense mechanisms. 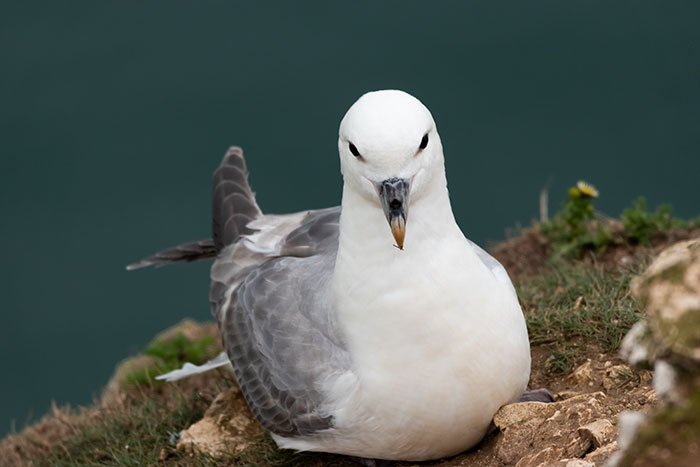 The Northern Fulmar is a bird that lives in the North Atlantic and North Pacific sea. They are pelagic which means they live their lives entirely at sea, except for when they’re breeding, which is when they’re between 6 and 12 years old.

The chicks are born on the side of a cliff or rocky surface and are at risk from predators like skua, sheathbills, foxes, rats and squirrels. This threat means they’ve come up with a pretty gnarly defense mechanism; they projectile vomit over whoever is trying to harm them.

Yes, you heard that right. They produce a foul smelling oil-like substance from the proventriculus part of their stomach which, if the smell alone doesn’t work, will stick to the predator and not come off. For birds this can be deadly because their feathers get stuck together and they cannot fly. It also affects buoyancy so they can no longer float. 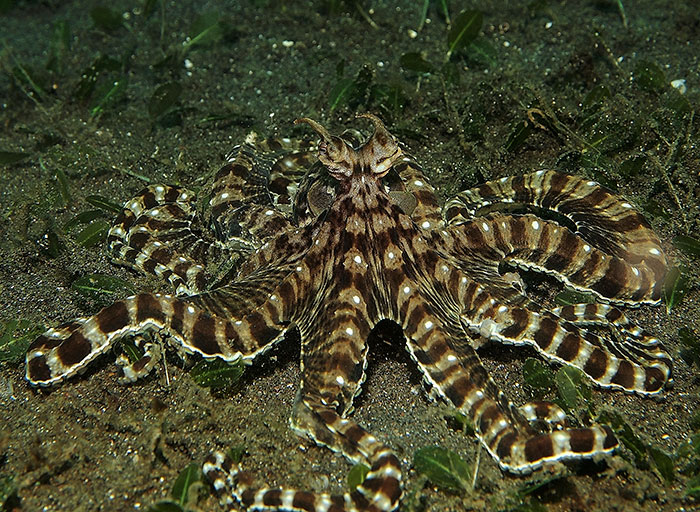 The Mimic Octopus, living mainly in SouthEast Asia off the coast of Indonesia, is one of the most fascinating in the Octopus family. They live on a diet of fish, crabs and worms, however they’re also at risk from predators themselves.

They have the same defense mechanisms as other octopuses and they change their color and shape to camouflage themselves. However, the Mimic Octopus takes things to a whole new level and they can actually mimic other predators so that they don’t get bothered.

They’ll change their color, shape, movements and actions to mimic a predator that wouldn’t get bothered. It’s the ultimate form of disguise and, although a specific number is not agreed upon, it’s been said they can mimic upward of 10 predators. These include lionfish, banded sole and sea snakes. 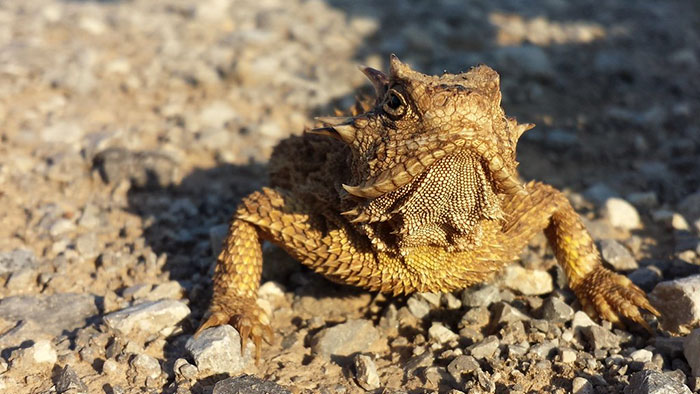 The Hairy Frog is a species of frog found in Cameroon and they’ve even made it into the news thanks to their bizarre form of defense. While other frogs might bulge their eyes to get a better view and avoid predators or secrete a poison onto their skin, the Hairy Frog had something else in mind.

They literally break the bones in their toes so they can push the broken bones out of the skin and use them as claws! Pretty incredible, right? The only thing is, scientists still aren’t sure what happens next. There’s no muscle to pull them back in so do they stay out forever after that? Does the wound heal itself like other amphibians? There’s still a lot of unanswered questions. 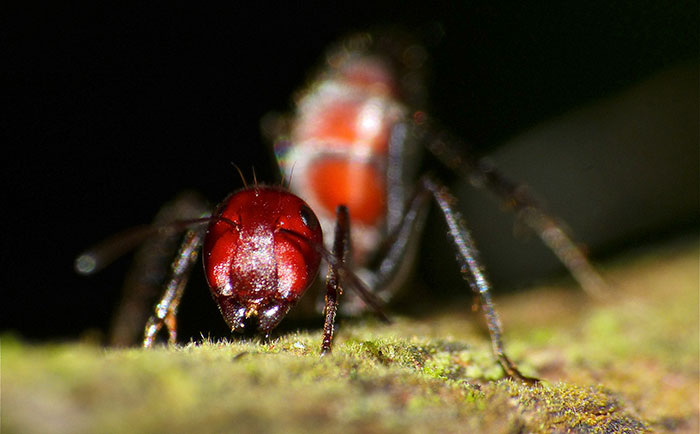 All kinds of ants live in large colonies which makes them pretty easy pickings for so many predators out there. Because of this, they’ve developed some pretty special defense mechanisms like sliding down a branch to safety, catapulting across trees or stinging and biting their attacker.

The Malaysian Exploding Ant however takes a different and rather more extreme approach. They’ll warn the attacker first by lifting their rump in the air but if they don’t back off it’s go time. A few of the small exploding ants then surround the attacker, bite on and clench their abdomens so hard that they explode. Literally, they blow themselves up to save the colony. Now that’s teamwork! 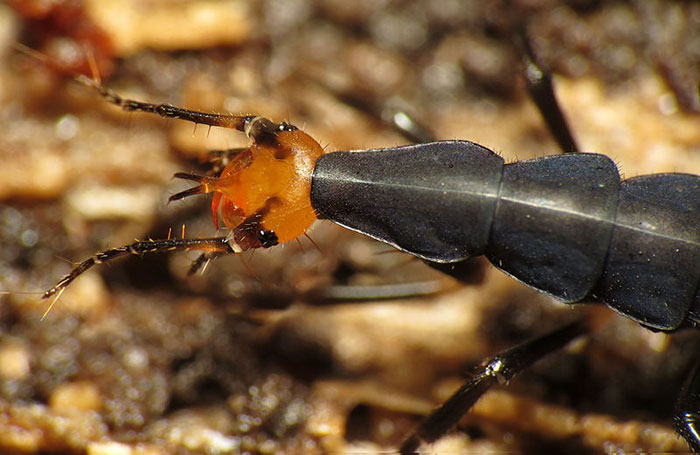 The Bombardier Beetle is found on almost every continent but they’re far from common when it comes to their defense mechanism. They’ve got an easy life and are largely left alone by all the usual predators of beetles because of their unique skill set.

These beetles shoot a substance known as benzoquinone out of their hindquarters. This substance is not uncommon in the insect world, however the Bombardier Beetles take it to the next level by superheating it and shooting it five times faster than anyone else, like a jet. This noxious spray is super irritating and almost at boiling point so it’s safe to say most predators will give the Bombardier Beetles a miss! 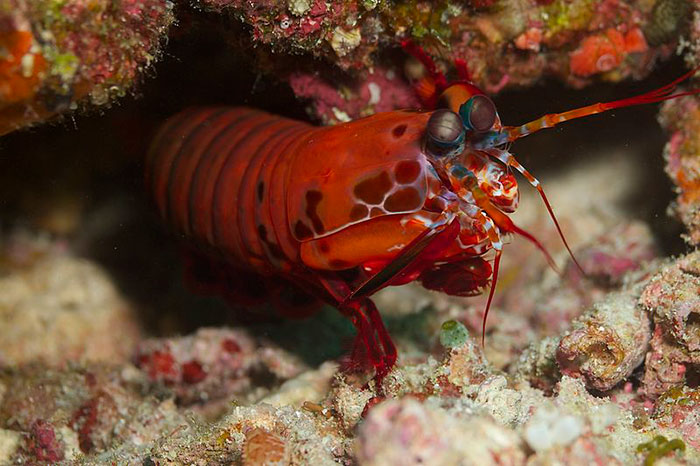 The Mantis Shrimp is so cool. Like seriously. Growing between 6 and 12 inches, this relatively small crustacean can really pack a punch. They’re absolutely stunning, with vivid bright colors all along its shell. They have 16 color receptors in their eyes and to put this into perspective, humans have 3!

The absolute coolest thing about this shrimp though is how it defends itself against predators and becomes a predator itself. They have two appendages under the front of their body which they can throw forward with the same velocity and impact as a 22-caliber rifle. Yes. A rifle. 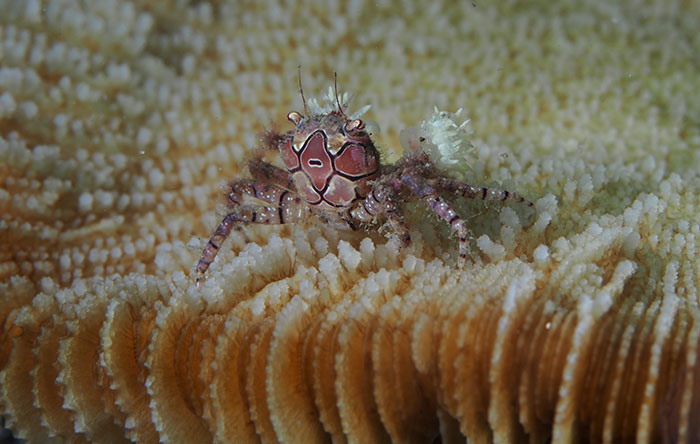 Boxer Crabs are fairly small creatures, reaching just an inch wide and with thin front claws. They don’t have a very good means of defending themselves on their own and so they partake in a symbiotic relationship with some anemone.

The crabs hold the anemone on their claws, with the dangerous, stinging tentacles floating around in front of the crab, they look like they’re holding pom-poms! This has a very real use when defending themselves against predators though and in return the crabs make sure the anemone has enough food to eat! What a weird and wonderful relationship they have.

So, which one did you find the most surprising? Did you ever expect the animal kingdom to be so hardcore with their defense mechanisms? Personally, I love the exploding ants for their self-sacrifice but the Bombardier Beetle won the show for me with boiling hot poisonous goo shooting from their backside. How do you top that!?

Whichever was your favorite, it’s safe to say that we should all not judge a book by its cover and if you see any beetles scurrying around, run!

10 Animals With The Strongest Bite Force