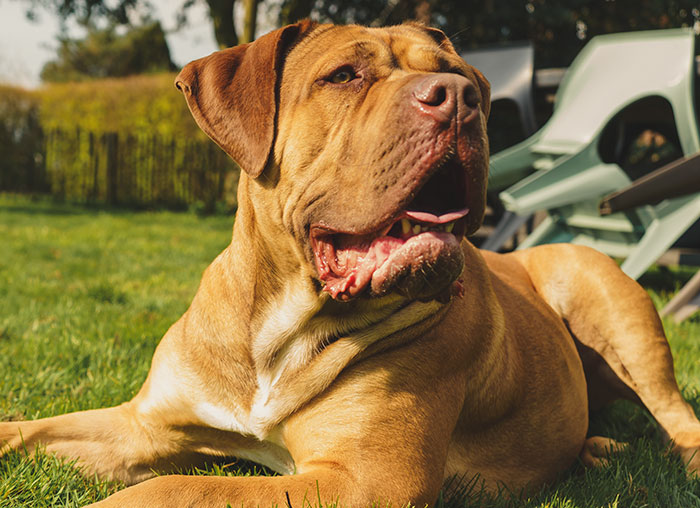 The Boerboel is a South African working dog whose name is Afrikaans (a language similar to Dutch) for “farmer’s dog” and pronounced with the “oe” making a sound like the “oo” in “boo.” They are a mastiff breed created by introducing some native African breeds to English and other mastiffs.

Their exact breed history is not known. These dogs are huge, loyal and stubborn. They are very affectionate, especially with children. The average size of a Boerboel is about two feet and 176 pounds. Their temperament is a mixed bag. They are incredibly loyal but also fierce guard dogs. Training from puppyhood is required in order to have a happy, safe dog and family. These dogs can be a bit lazy but require lots of exercise, another reason to make sure training starts immediately. These dogs are calm, stable and confident, making them a great family dog for the right family!

While the Boerboel is not necessarily dangerous, there are several important considerations for anyone considering adopting one. Outside of whether or not it is legal, it’s also important to think about whether or not you have guests home, want a dog that cannot go off leash, want a dog that doesn’t like other dogs and have the time and skill to train one of these giants.

With a strong prey drive and territorial nature, Boerboel were bred as farm dogs. They are able to deal with harsh weather conditions and will fight to the death to protect their owners.

While a good family dog, there are parts of the dog’s makeup that mean owners must take certain precautions. Boerboels, for example, should not be allowed off leash as they will go on the hunt rather than stay put. The mix of breeds and their use over the years means they require mental stimulation and physical interaction with their owners. Their history as working dogs is in their DNA, and they are great for owners who have the time to work with them. Agility, weight pulling and other tasks are great for the Boerboel. 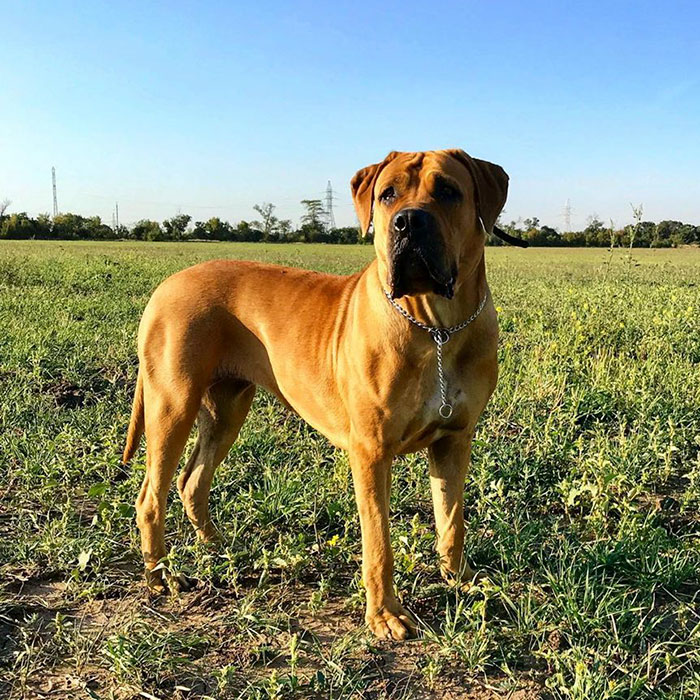 While any dog can be aggressive, especially if not properly trained, Boerboels regularly show aggression toward other dogs, especially dogs of the same sex. Socialization is a must from an early age. Even with this, Boerboels are not dogs to take to the park or allow to run loose in parks, on trails or anywhere else.

Boerboels love their families and must be a part of all daily life activities. These dogs do not do well on their own. Because they are guard dogs by nature, they do not like strangers. Introduce guests slowly with the dog given ample room. Like with other territorial dogs, children must understand that play-fighting is confusing to the dog.

While not inherently dangerous to their owners, Boerbel puppies are incredibly sweet and manageable. Owners may think this means they can be lax but it’s simply not the case. As these dogs age they lose their pliancy and become hard-headed. They require an owner who is experienced and can teach them from a young age what the limits are and that they are exactly that: limits. This includes monitoring aggressive behaviors, exercising and providing mental stimulation and making sure all human family members are smart about how they behave around the dog.

While the Boerboel has likely killed, instances of this in the news are limited. This is likely because the dog is not widely owned outside of South Africa. An American woman (the breed is banned in some U.S. states) was killed in her home by animals and owned five of the dogs. While never confirmed, it is believed she was killed by one of her dogs. The dog was known for not even letting people enter the home.

The dog with the most fatalities recorded is the pitbull. The breed’s strong jaws and penchant for shaking that which it has grasped causes grave injuries. The bites are often devastating because they ravage tissue and bone. 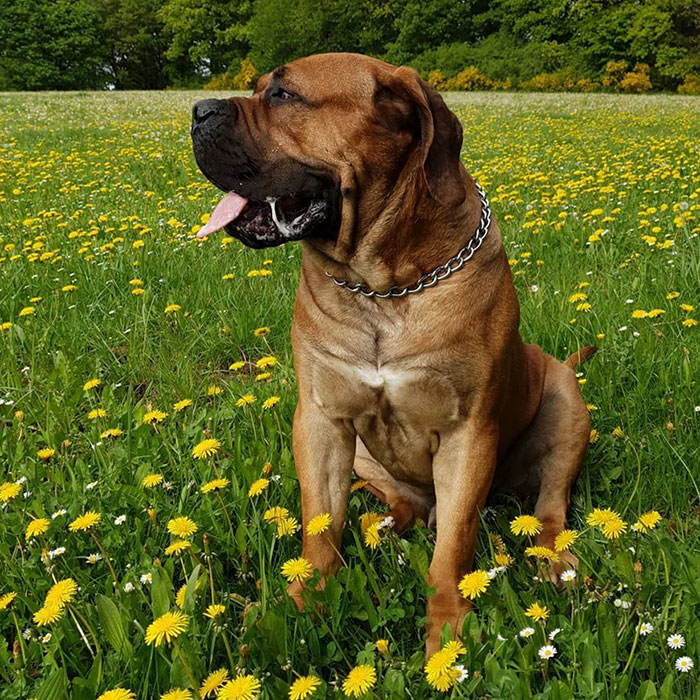 Boerboels as a Family Dog

Boerboels are a handful and require consistent training from the second they are brought home as puppies. For this reason it’s encouraged that they live in homes with older children (9+). They love children and are affectionate with them but young children and Boerboels aren’t the greatest mix. Children like to run around and engage in horseplay or rough housing. These behaviors can lead to dangerous situations with a Boerboel in the home.

Bringing a Boerboel pup into a home with a dog and owners experienced with introducing dogs can work but the dogs still may show aggression and require specific training to stop this. They’re better as a one-dog home. They are also aggressive toward dogs they don’t know, especially dogs of the same sex. This means walking them is best done alone.

This breed is not appropriate for novice dog owners. Instead, experienced handlers who will work with a trusted veterinarian or trainer and has experience raising breeds that can be territorial is the best option. Because this breed is banned in many places it’s imperative to research whether or not Boerboels dogs are legal in your community.