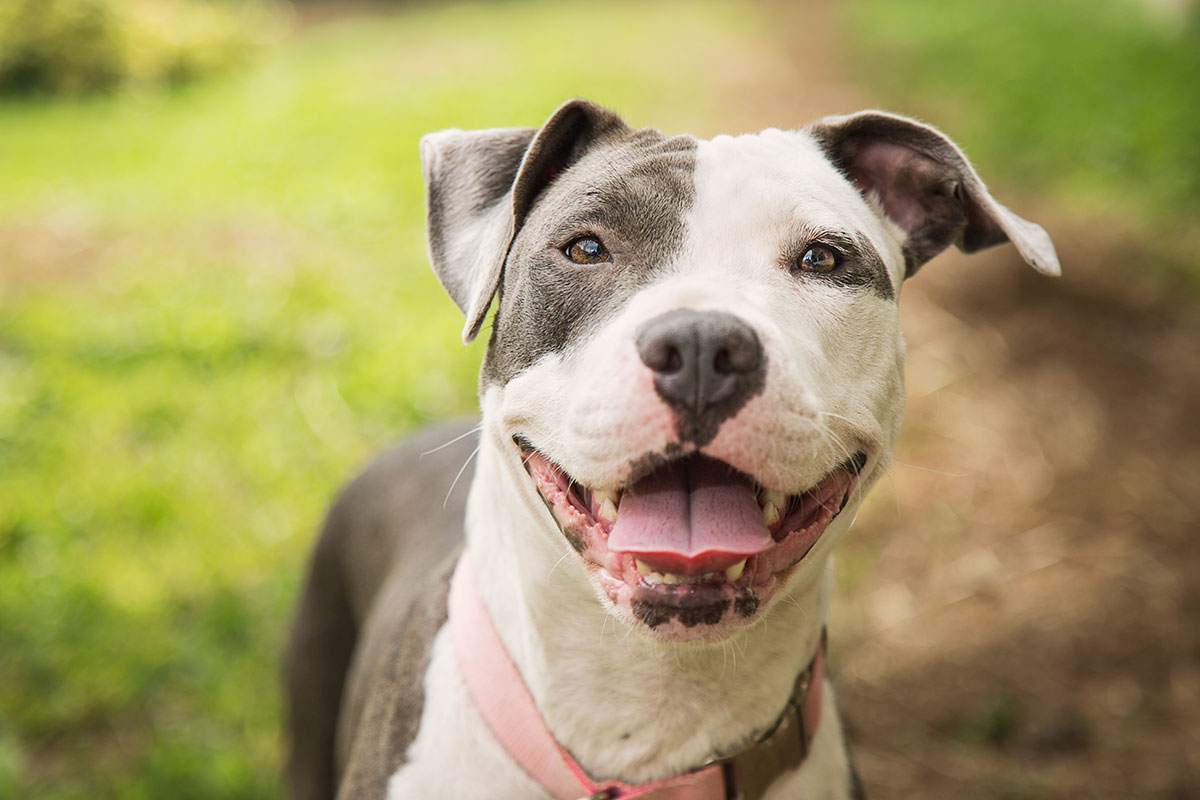 1. I wish non-bully breed type owners understand that pitbull is not a breed. It’s an umbrella term for a wide range of dogs that just fit the category of short hair, floppy ears, and wrinkly forehead. I also wish that they knew the discrimination And abuse they are subjected to which is why it’s important to be responsible owners and advocate for them.

2. They aren’t vicious angry dogs. Our 12 pound half Pomeranian/rat terrier controls both of our pits. One is 100 pounds and the other is 50 pounds. They’re the most loyal and loving pups. We have 2 in our house with our 5 month old English Bulldog pup and our kids. We are actually thinking about fostering a third pit.

3. Pitbulls are not inherently dangerous dogs. While a strong breed they are incredible loyal and sweet if raised correctly.

4. Something I’d like non pit owners to know is don’t believe all the media hype, spend some time with a pitty get to know how loving and gentle they really are with the right owner’s.

5. Non pit owners should understand that yes puts can he aggressive but it goes from dog to dog, its personality, how much exposure they have to other dogs and strangers as a pup, how they’re treated, how they’re raised. any dog can he bad and any dog can be good.

6. One thing I wish non Pitbull owners understood is. It’s not the breed it’s how the dogs are raised. Any breed raised in a hostile/violent environment is going to be aggressive.

7. Just because they look "mean" doesn’t meant they’re dangerous. Any dog can be dangerous/aggressive if you train it into them. Yes, they were predominantly used in dog fighting but I do believe part of that is because they are easy to train and want to make their owners happy. Being classed as an aggressive breed doesn’t make them aggressive. I have two cats and she is obsessed with them and grooms them every chance she gets.

8. I would like non-pitbull owners to understand that not all pitbulls are aggressive,it depends on the owner not the dog.

9. I wish non pit bull owners would understand that they are a dog no different than any other breed

10. Pittys are strong dogs, but super lovable. They just don’t understand their strength.

11. I would love ALL dog owners to understand that not all dogs operate the same, and some need absolute structure and guidelines to maintain a safe mind space, and to be respectful of others when taking their own dogs out in public. I can’t count the number of times people have let their dog run at mine to play, but my pitty see’s it as an aggressive charge.

12. I wish people understood how truly gentle, loving and FUNNY pitbulls can be. They really just want to give love and get love.

13. I wish that non pit bull owners would see that dogs always reflect their owners and any dog given proper love and training will be a sweetheart.

14. I wish non pitbull owners would understand that not all pitbulls are aggressive. I wish they would give them a chance at least

15. Something I would really love non-pit bull owners to understand is that they are just like any other dog. Meaning that these babies are a product of their environment so if you give them love and treat them good they can become your best most loyal friend. I’ve heard plenty of times that “they’ll turn on you” but that has never once been the case.

16. I would want non pit bull owner to understand that pit bulls are not aggressive by nature. My pit is actually quite a scaredy cat. She absolutely loves people and is extremely patient with my young daughter who was born when my pit was only 1 1/2 years old.

17. People see my dog and drag their kids away because they’re scared. But my dog is a big baby. He wants to play and cuddle. He whines if people walk by and don’t pet him. He is fiercely defensive of his yard, but his bark is the only scary thing about him.