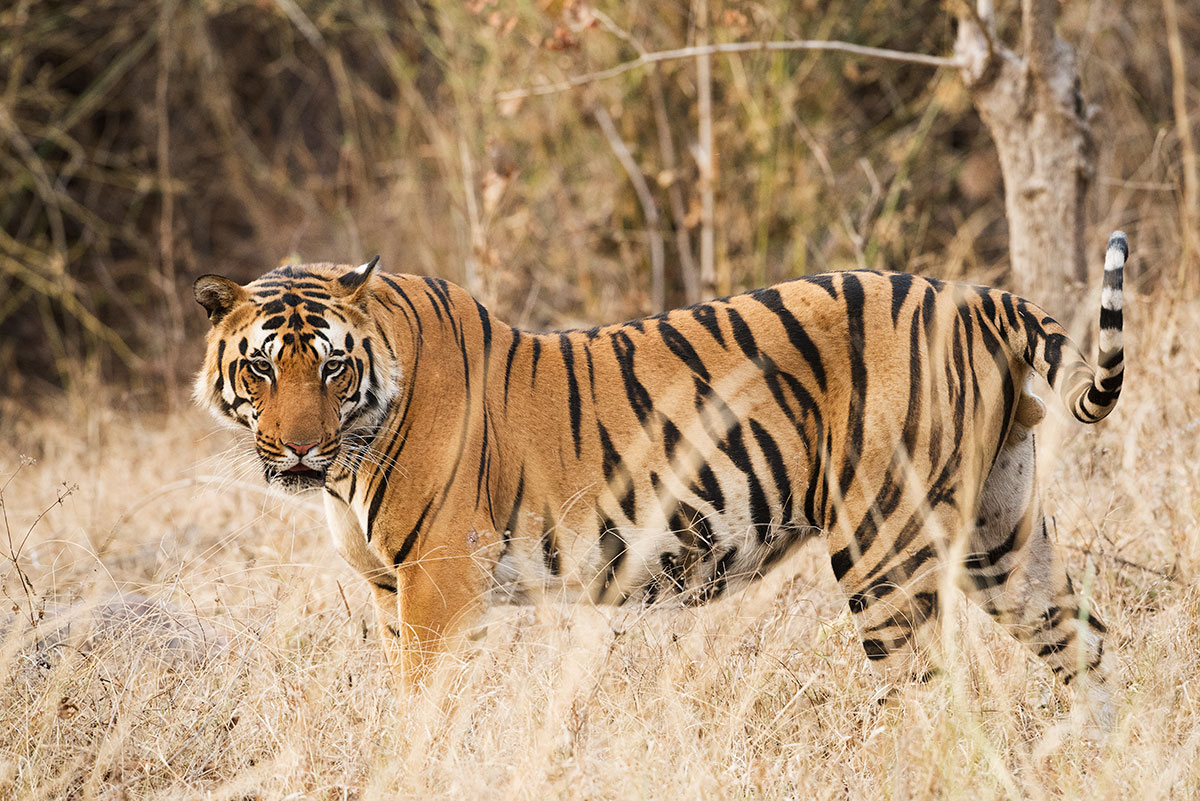 Tigers are one of the most fascinating species in the animal kingdom. From their behavior patterns to environment, and the reason for their rapidly-growing endangerment, tigers are rare and beautiful animals and many zoologists agree they’re one of the most interesting mammals to study.

A sad and compelling trait that sticks out among the rest, solitude and isolation is the tiger’s chosen way of life. While the reasons for this are vast, there are plenty of factors to consider when it comes to understanding why tigers live alone.

Why Are Tigers Solitary?

Tigers live alone for reasons that are based on real behavioral research and also specific, changing circumstances. In short, tigers are extremely territorial, meaning that they mark their own space and want to occupy it all by themselves. They seem to gravitate towards feelings of independence because it’s easier to hunt that way. Tigers break from their solitude on rare occasions, usually to mate or hunt larger animals.

Do Tigers Ever Live in Groups?

If there are a group of tigers consistently living together, this would be considered very rare. However, just because it’s rare doesn’t mean it never happens.

A group of tigers cohabitating could be explained by several factors. For instance, maybe the size of their chosen territory is relatively small, therefore, there’s less room for true solitude and isolation. Tigers may also be found living together if their territory is near a high population of prey; a seemingly endless supply of food would certainly cause numerous tigers to live in the same vicinity.

At What Age Does a Tiger Leave Its Mother?

Tiger cubs stay with their mothers until around the six month mark; after that point, they are left alone to survive in the wild. Tigresses, like every mother in the animal kingdom, are extremely protective of her young, which could be another reason why solitude and isolation is the favored option. By raising her young cub on her own, the chances of being harmed by other predators are small.

Why Do Lions Live in Groups Whereas Tigers Are Solitary?

The reasons why lions and tigers differ in their living and hunting habits has to do with the environment they have evolved in. Lions typically hunt in the wide open plains of Africa; there’s rarely anything for one lion to hide behind, let alone a whole group, as they’re hunting their prey. In fact, their most common hiding option is the tall yellow grass of the savannah; even if they’re slow and quiet, their prey will still eventually see the lion begin to pounce, giving them a little bit of a head start to get away.

Tigers, on the other hand, have so much jungle to hide behind that they can catch their prey completely off-guard. A lion’s most common prey are zebra, antelope, and wildebeests: all animals that travel in herds and in plain sight. Lions have great stamina and strength and can often chase down their prey for long periods of time. Simply put, lions don’t have a reason to hide as they’re feared and respected by other animal species.

On the other hand, tigers are used to thick, dense jungle atmospheres. One tiger can easily hunt alone by hiding behind trees and bushes, pouncing when the time is right. If a tiger traveled in a group, the chances of being heard are much greater, therefore, they usually just keep to themselves.

Another popular opinion that contributes to the discussion about the differences between lions and tigers comes from their genealogical lines. While both lions and tigers are considered “cats”, lions branched off from normal feline behavior of remaining alone. House cats usually thrive when they’re by themselves, and the same is true for tigers.

Another fact to consider has to do with a lion and tiger’s strength; lions attack and kill their prey together for two reasons: they usually need the help of other lions to successfully kill and they have deep connections to the other lions in their pride. Research proves that lions are capable of forming strong emotional connections to other lions, therefore, they have more incentive to share their food with each other.

Tigers, on the other hand, hunt jungle animals that can easily be taken down by one tiger. They don’t need the help of other tigers to get a meal, and they have no desire to share their food with others.

Why Are Some Animals Solitary and Other Animals Live In Groups?

Each species group has their own specific reasons for living either by themselves or in large groups.

For examples, animals that are exposed often tend to gravitate towards each other for more protection and more help when the time comes to hunt. Living together also means that the group gets more food as a whole; with more hunters comes more food.

Like anything, there’s a balance. If a group of the same species gets too large, they might attract more attention from their predators. When this occurs, groups have been known to split up and go their separate ways for their own safety.

On the other hand, animals who choose isolation are usually very powerful or clever, and don’t need the help or protection of their kind due to the size of their prey or their environment. Tigers

are the perfect example of this; they have been known to take down baby elephants all by themselves and they live in the dense jungles of Asia. Tigers were given immense power and plenty of hiding spaces, meaning that they thrive most in solitude.

Do White Tigers Exist in the Wild?