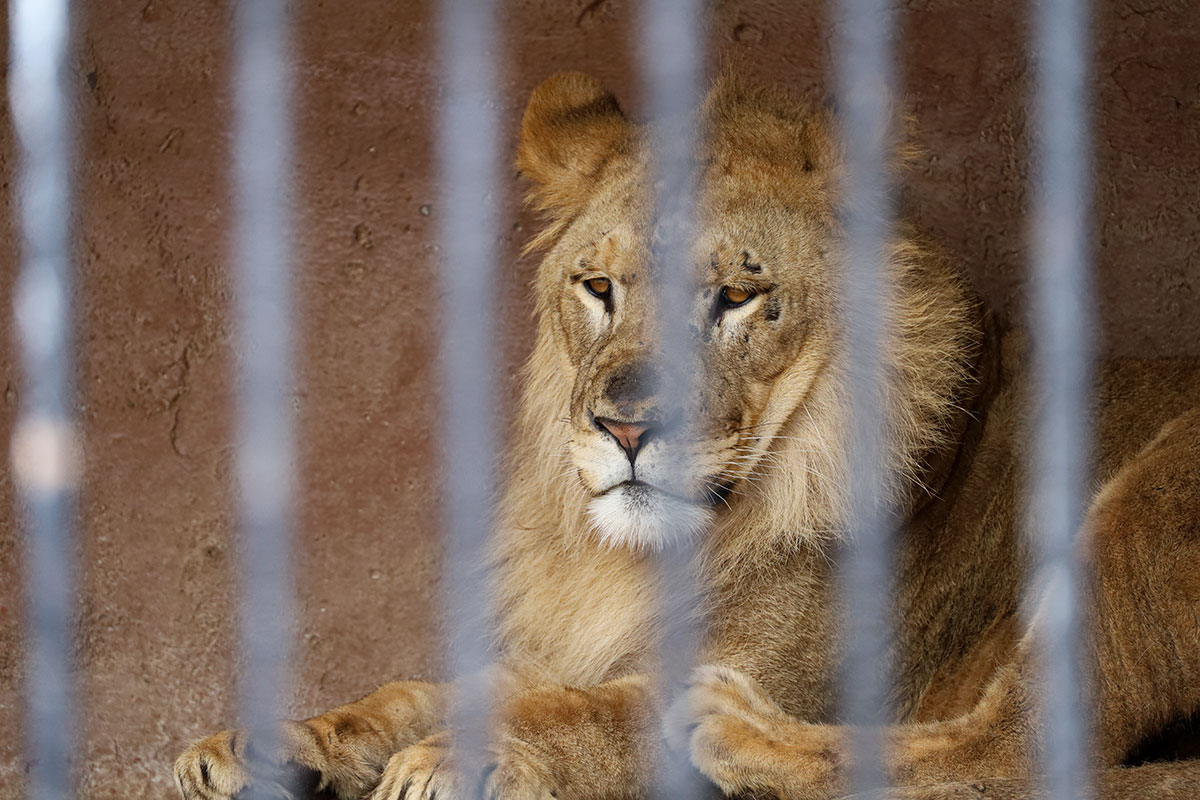 Native to sub-Saharan Africa, lions are some of the world’s most striking animals thanks to their graceful appearance yet strong personality. Despite being loved by many, lions are often sought-after by trophy hunters and poachers. Because of this, their population has quickly started to decrease. To help save this species, many have been sent to zoos, but some people have concerns that living in zoos only harms them. Below you’ll discover more about the differences between a captive and wild lion and how this dramatically changes their lifespan.

What is the Average Lifespan of a Lion in Captivity?

A lion that lives in captivity can live for up to 25 years. This significantly higher lifespan is due to the animal receiving more medical care and being protected from potential predators. Unlike a captive lion, a wild one will only live for 16 years.

This shorter lifespan is because they rely on nature for food and must watch out for humans, one of their only predators.

However, some wild cubs might not live very long. This is because any male lion who becomes the leader of a pride will kill any cub that isn’t his. In addition to this, because of their small size, these cubs can easily be trampled down by buffalo or hunted by leopards and hyenas. Sometimes a male lion might even destroy a lioness who refuses to mate with him. All of this can contribute to a short life for a wild lion.

Why Do Lions Live Longer in a Zoo?

There are multiple reasons why a lion will live longer in a zoo than out in the wild.

When a lion prowls around in the wild they don’t have access to medical care. If they happen to get a cut or break their paw, they will end up suffering. Lions in zoos will get immediate medical attention if anything happens to them.

Veterinarians can also monitor a lion and give them medications they might need or make changes to their diet so they stay healthy. They will also give lions regular examinations to prevent the spread of a disease or a chronic illness.

They Don’t Have to Deal with Environmental Issues

Lions in the wild depend solely on nature for their food and health. If there’s a drought, there won’t be water or food sources for them.

Captive lions don’t have to deal with environmental stresses because their living space will always remain the same. A zookeeper will ensure they have plenty of food and water for the day.

They Can Breed Better

Zoos are also able to help lions breed better which can result in more cubs. Most zoos will encourage a lion and lioness to mate and can step in should something go wrong.

Because lions are a vulnerable species, zoos help to keep their population rising. They can also take care of the cubs to ensure they grow up healthy and happy. These cubs will be protected from larger male lions so they have a better chance of survival.

Do Lions Live a Better Life in Zoos?

Depending on one’s viewpoint it could be said that lions have both a good and bad life in zoos. A good life because they don’t have to do any hunting for food and water. In addition to this, should they need medical attention, they will receive it right away. This leads to them living a much longer life than a wild lion.

Besides this, zookeepers can get to know the animal’s personality and how they react in certain situations. They’ll also discover some of their favorite food and give it to them as treats. This can lead to a strong bond between them and help the zookeeper better cater to the lion’s needs.

However, lions need large open spaces to thrive, something which zoos don’t always provide. People observing them might also stress them out because they feel surrounded and helpless. While many lions will become used to their living conditions, some feel trapped and anxious.

Do They Suffer From Abnormal Behaviors?

Lions do sometimes suffer from abnormal behaviors when stuck in zoos. One of the most common is pacing. Lions walking up and down constantly in their habitat do so as a sign of stress.
This feline also likes to have barriers to be near. Because many zoos don’t include these for them, lions sometimes feel crowded around other animals, including other lions in their habitat, which can also lead to them being stressed. While zoos usually construct moat barriers to try to add a considerable distance between zoo visitors and lions, they tend to not be enough for a lion’s needs.

Zoochosis is a psychological term that refers to the behavior of an animal as they live in captivity. An animal is believed to develop zoochosis when they are removed from their natural habitat or family.

Zoochosis is believed to cause numerous mental health issues in animals because they aren’t living naturally. For instance, studies have shown that caged animals behave abnormally compared to free ones in the wild.

Some signs that an animal is suffering from zoochosis include hair loss, intense gazes at people, and even self-harm. To help the animals, they are usually given psychotic drugs to calm them. Some might even be given large amounts of food as a distraction technique.

Lions are beautiful creatures that can be found both in the wild and in captivity. While captive lions do live a much longer and healthier life, they don’t have the same freedom that wild ones do, something which can lead to them developing zoochosis.