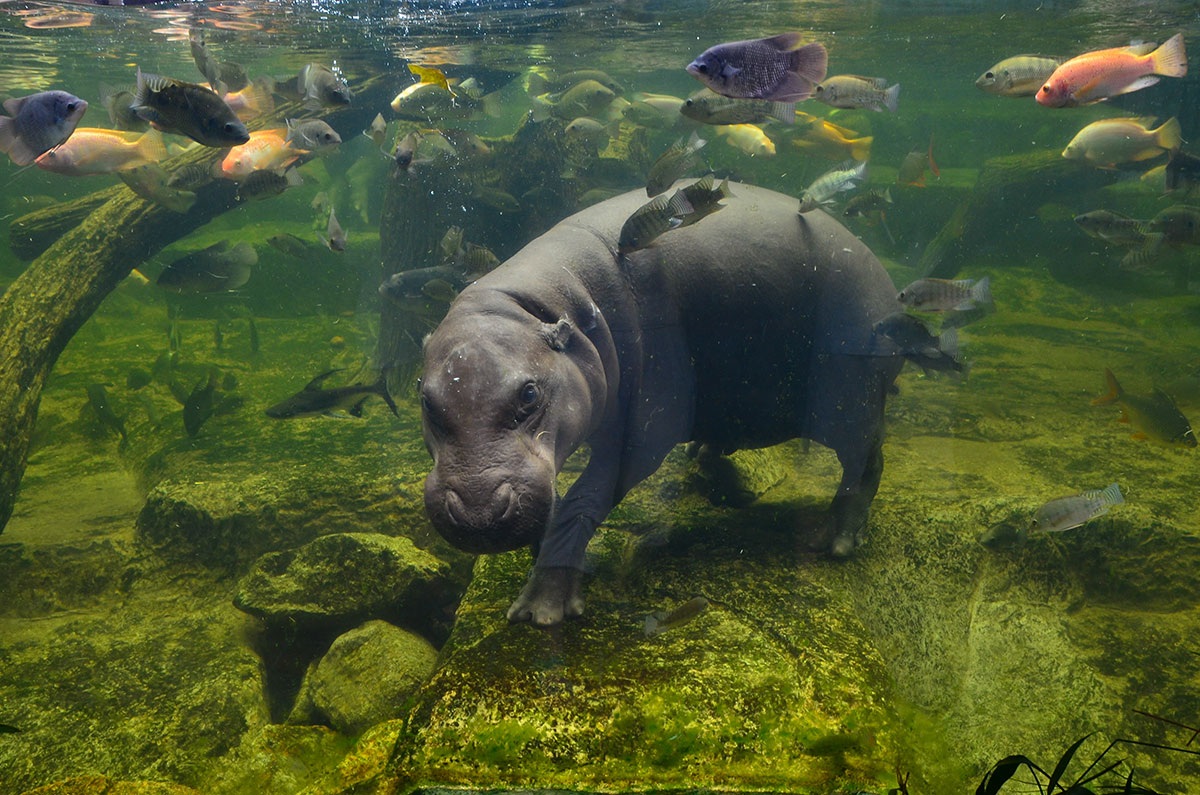 Take hippos. Don’t worry, we aren’t going to shock you by telling you that hippos are perhaps the most dangerous beast in Africa, most people know that by now. But did you know that for all their love of water, and their charming rolling and bobbing around (mixed in with the occasional murderous charge at a foolishly friendly human), hippos can’t really swim?

This is particularly surprising given how many animals can swim. Obviously there’s fish and amphibians, but almost all reptiles and mammals can swim too, even if they don’t like it. Hippos, however, don’t swim, a curiosity which was even the subject of a delightful children’s book called “Hippos Can’t Swim (and other fun facts)”.

Why can’t they swim? Well it’s not a matter of simple heaviness. Their bones are unusually dense, but their fat makes them buoyant enough to float quite well. In fact, it’s because they’ve found a faster means of travelling through water. That very bone density allows them to sink easily to the bottom of rivers, ponds and lakes and essentially bound and bounce along the bottom.

Because they can hold their breath for several minutes they can charge along submerged or bounce up and down from surface to bottom, only to emerge at terrifying speeds of up to 30 miles per hour when they hit the banks. The potential for surprise attack should terrify you. 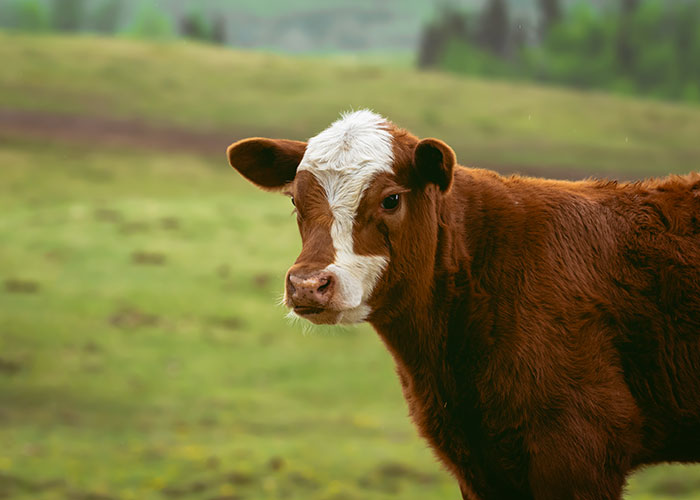 Another large and misunderstood animal is rather more commonplace – the cow. Many people watch cows slowly drift around a field munching endlessly away on grass and come away with the impression that there’s not really much going on in the cow’s brain department. In fact, the scientific term for a cow – “bovine” – has become a cruel insult for a person who seems particularly dull, placid and unintelligent – Macmillan Dictionaries define a bovine person as someone who is “large, moves slowly and seems rather stupid.”

Well, we’re here to tell you that’s an unfair slur on the lovely cow. It might even hurt their feelings because not only are cows much smarter than you think, they are also much more emotionally sophisticated. No less a journal than Psychology Today has pointed out that “cows display the ability to rapidly learn different tasks, display long-term memory, extrapolate the location of a hidden moving object, discriminate complex stimuli, and discriminate humans from one another.” A pretty impressive array of intellectual abilities for a creature we often conveniently dismiss as little more than walking beefburgers.

None of this will come as a surprise to farmers or others who grew up around cows, but may do to those of us who grew up in cities. While all of us recognize that dogs experience emotions in a similar way to humans, we don’t extend the same recognition to cows. Yet by monitoring signals such as the movement of the eyes, tail and ears, researchers have shown that cows can display a range of emotions including fear, affection and pleasure, while exhibiting personalities including boldness, shyness, gregariousness, and unpredictability. Humans can certainly bond with them: as one Reddit commentator puts it, “they are big grass puppies. They cuddle, dance, and get excited to see you. They are very very sweet.”

The Northern Cardinal is the most ‘romantic’ bird species 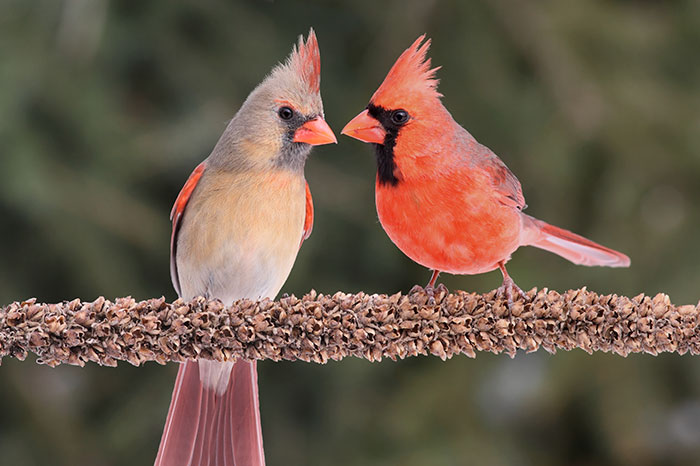 Another creature which defies preconceptions is the northern cardinal bird. While many think of these attractive birds as peculiarly pesky and aggressive and report them repeatedly trying to attack their own reflections in windows and car mirrors, they are actually incredibly affectionate creatures with their own mates. In fact, they may even eclipse the bald eagle – whose monogamous, loving nature we’ve previously written about – as the most romantic bird in nature.

While they may not perform the aerial acrobatics eagles perform when courting, they do indulge in a sweet courting ritual called “mate feeding”. The male will pick up a seed, venture over to the female, and briefly “kiss” as she takes the food. While this may well win over a female by showing the male’s ability to feed their young, the male’s indulgent behaviour will continue long after successful coupling and right through to the egg laying stage. The birds also sing with each other during the nesting process, a particularly important part of their parental bond.

Typically, pairs will remain together all year long. At the end of a season the pair may part to flock with other birds, but often reunite the following year to resume their “marriage”. While the female is usually the only one to incubate the eggs, the father is no “deadbeat Dad” and will play a full role in protecting and feeding the mother and eggs until they become mother and chicks. If one of the pair dies, the other can often be seen for some months afterwards returning to the place where the deceased partner would normally be in what certainly appears to be grief.

This all goes to show that animals are often much more complex and surprising than we give them credit for. It’s a mistake to think that they are too much like humans, but it’s also a mistake to think they are totally different. Evolution has meant that we share many of the same instincts, whether that be the fear and maternal love that a cow can show, or the affection and playfulness of a bird. The more we learn, the more we marvel.