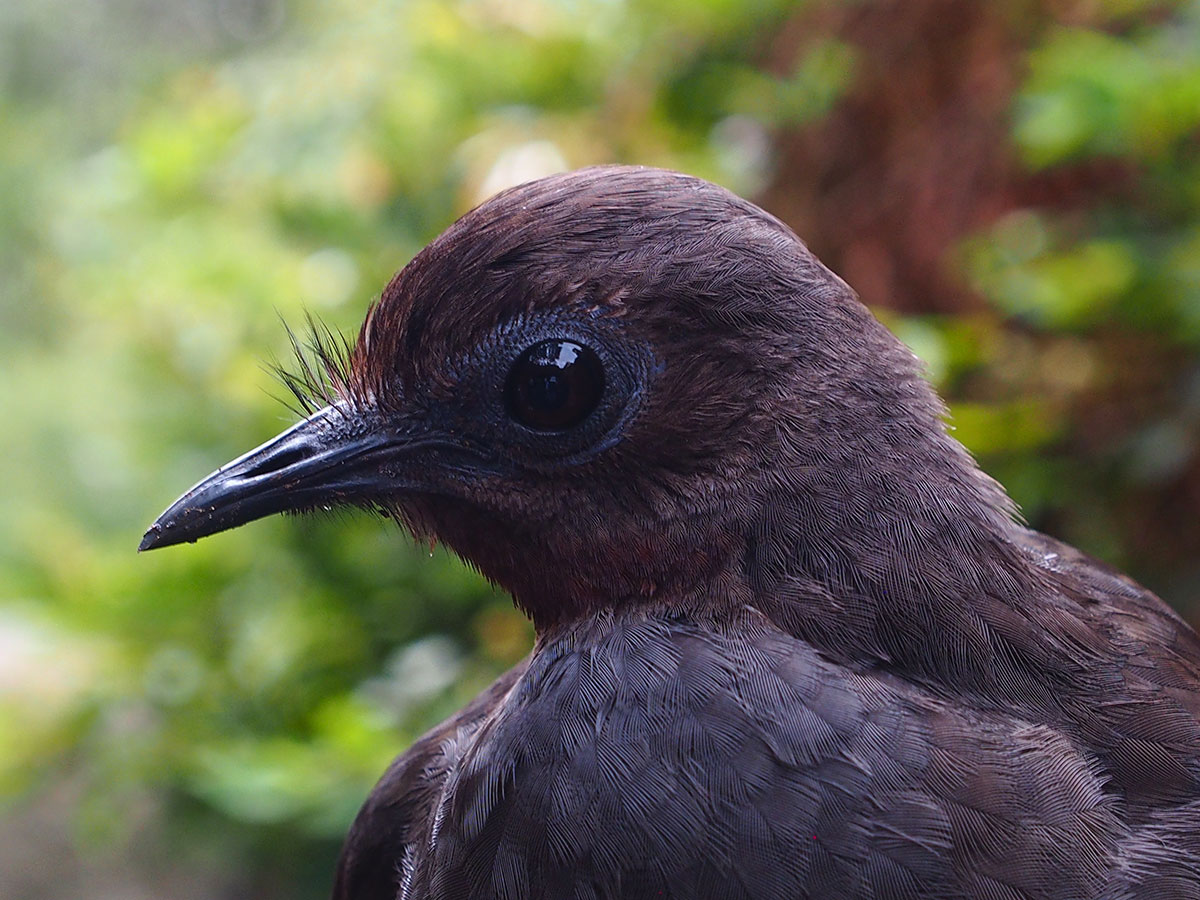 Most people believe that one of the only birds to be able to mimic sounds is the parrot. While parrots have this unique ability, there is another bird that can mimic almost any sound it hears. The lyrebird is one of the world’s only animals that can perfectly impersonate many different noises, including car alarms and human voices. Below you’ll find more information about this intriguing bird and its incredible vocal talent.

All About the Lyrebird

The lyrebird is a bird native to Australia and is best known for its ability to perfectly repeat almost every sound it hears. In addition to this, the male lyrebird stands out from many other species thanks to its massive tail that it expands when the bird is courting. This unique tail is what gives the lyrebird its name because it seems to depict an ancient Greek lyre.

Despite having impressive feathers, the lyrebird is a ground-living bird and has strong legs to help it run quickly through the rainforest in search of food or away from predators.

There are two main types of lyrebirds. The Superb lyrebird is much larger and has a showier tail compared to the other type, the Albert lyrebird. It also has a better sound mimicking ability and can be found mainly in Tasmania. The Albert lyrebird is named after Prince Albert and usually lives in New South Wales and Queensland. While these birds are scattered throughout Australia, high populations of them can be discovered roaming through Dandenong Ranges National Park and Kinglake National Park.

Lyrebirds feed on small insects, like spiders, worms, roaches, and moths. While not common, some lyrebirds might also run after lizards and frogs. To help them catch their meals, they will use their strong feet to dig through the dirt and grasp onto the prey.

This bird isn’t endangered, but its population could quickly start dwindling due to habitat destruction. It also must watch out for two of its main predators: foxes and cats.
Because the lyrebird is so revered in Australia, it can be found on many of its national emblems, like coins and crests. Numerous homes also feature fabrics depicting this special bird on them.

What Sounds Can a Lyrebird Mimic?

Lyrebirds can mimic most sounds that it hears. It tends to enjoy repeating natural sounds, such as other birds, rather than man-made ones. However, it can mimic man-made sounds, like car alarms or camera shutters, if it wants. Scientists have heard many female lyrebirds imitating other bird calls, like cuckoos, hawks, and parrots. In addition to inanimate objects and birds, lyrebirds have been found to copy mammals, including koalas and dogs.

Besides nature sounds and other animals, lyrebirds will sometimes mimic human speech. The bird might listen to people nearby and gradually learn how to copy certain words and vocal pitches.

If you hear a loud chainsaw in the middle of nowhere it could be a lyrebird. This animal can copy the revving sound of this powerful machine. However, this is somewhat rare because it usually copies sounds it hears in nature.

How Do Lyrebirds Mimic Sounds?

It’s not quite known how lyrebirds can mimic so many sounds almost perfectly. However, young male lyrebirds are believed to learn unique sounds from older ones. By listening to them, the young birds are able to practice their songs and improve their vocal range.

Lyrebirds use their syrinx to produce sounds. The syrinx is a bird’s vocal organ and is situated near their trachea. While most birds have four pairs of muscles in it, the lyrebird only has three. Despite this, it’s believed to be one of the most developed syrinxes in songbirds giving them the ability to mimic thousands of sounds. A lyrebird can sing up to two different songs at once.

Why Does a Lyrebird Mimic Sounds?

Male lyrebirds mainly imitate sounds as a way to catch the attention of potential mates. To do so, they will sing special bird calls and mix them with forest sounds they often hear, like rain or tree branches swaying. During mating season, lyrebirds produce much stronger and louder sounds making them easy to hear. Many males also sing as a way to proclaim their territory.

Female lyrebirds will usually mimic sounds as a way to help protect her young from predators. She might also do so as a warning to keep other females out of her territory, especially when she’s foraging. It’s believed that female lyrebirds have a special song for this purpose that sounds like a person whistling mixed with other bird calls, especially ones made by hawks.

The Lyrebird and The Flute Player

One popular story about why a lyrebird mimics sounds is from the 1930s when a flute player released his pet lyrebird into the wild. Because his pet had listened to him play songs on his flute for so long, it was able to sing certain portions of them. As his lyrebird flew through the forest, it taught other lyrebirds his music and the songs are still believed to still be sung by these birds today. Researchers have listened carefully to the sounds produced by lyrebirds and have found that many chant pitches similar to popular 1930s songs Mosquito’s Dance and The Keel Row.

While it’s not certain that this is the reason for their beautiful songs, it’s thought to be a likely tale.

Is it Legal to Own a Lyrebird?

While lyrebirds can be kept as a pet in some places, most of the time it’s illegal to do so. This is because of their need to run around in large areas and their vast diet that most pet owners are unable to keep up with.

Lyrebirds are usually very shy and will not approach humans easily. If they sense danger, they will freeze or run quickly to cover. Because of this, it can be very difficult to catch them.

Lyrebirds are stunning creatures that are one of the only animals in the world to have the ability to mimic any sound it hears. When touring certain areas in Australia, you’ll more than likely hear it chanting whimsical sounds.