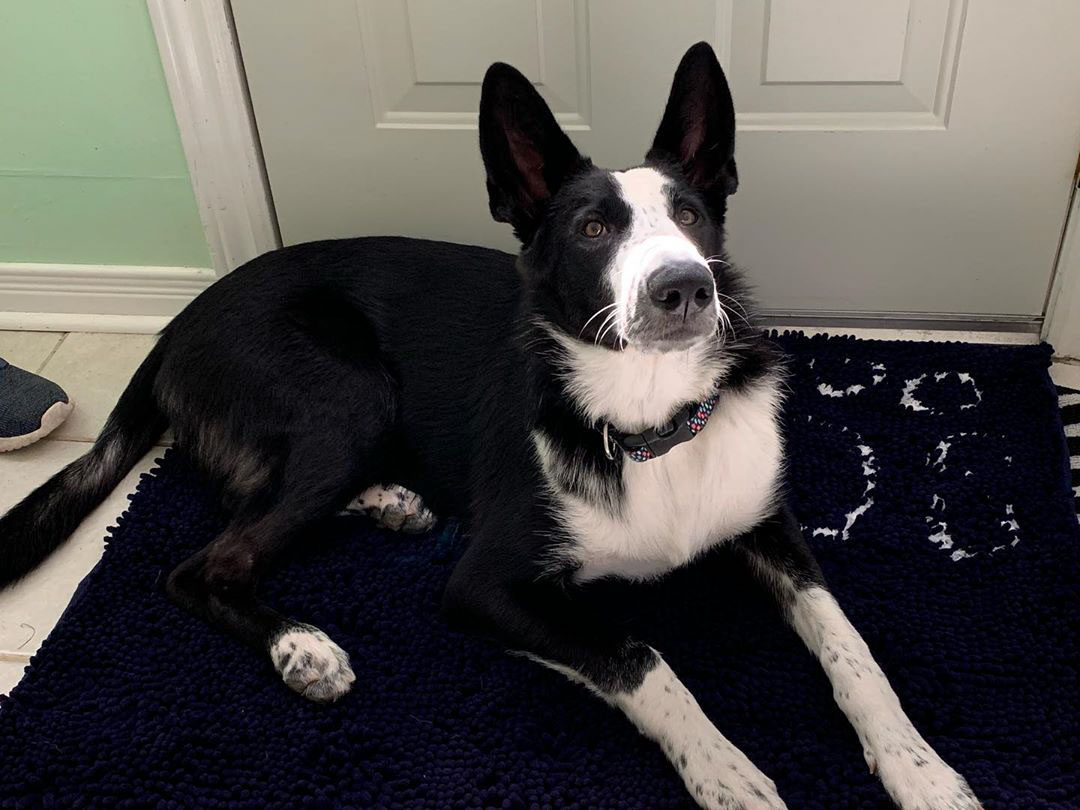 These shepherds show unique markings of symmetrical black and white coloring, mostly around the face, often resembling markings of a panda bear. This coloring amongst other animals is known as Piebald. This is odd as, according to the AKC, the standard colors of the German Shepherd Dog are black and tan.

2. The first known “panda” was born in 2000 to purebred German Shepherd Dog parents with long lines of purebred heritage.

The breeder sent off the first Panda’s DNA to find out just that, she was purebred but with a mutated KIT gene. Out of that discovery, it was shown that future GSD breeding prospects could be tested in order to tell if they had a chance of producing panda offspring.

3. The only differences between Panda and “normal” GSD is in the coat color.

As stated before, Panda’s are technically just different colored German Shepherds. This means that they have the same health record as their lineage. The overall health is dependent on the breeder in which the Panda came from, as is with all purebred dogs.

A responsible breeder who genuinely cares about the outcome and health of their dogs will not breed dogs that are predisposed to health issues. However, there are certain health issues that German Shepherds (including Pandas) can have due to their build. Such things as hip dysplasia can be bred out of a line but because it is so prominent, it can skip generations or even littermates. A common health issue among German Shepherds that cannot be bred out is bloat. This happens due to the size of the breed, and is found among other large and giant breed dogs with deep chests. 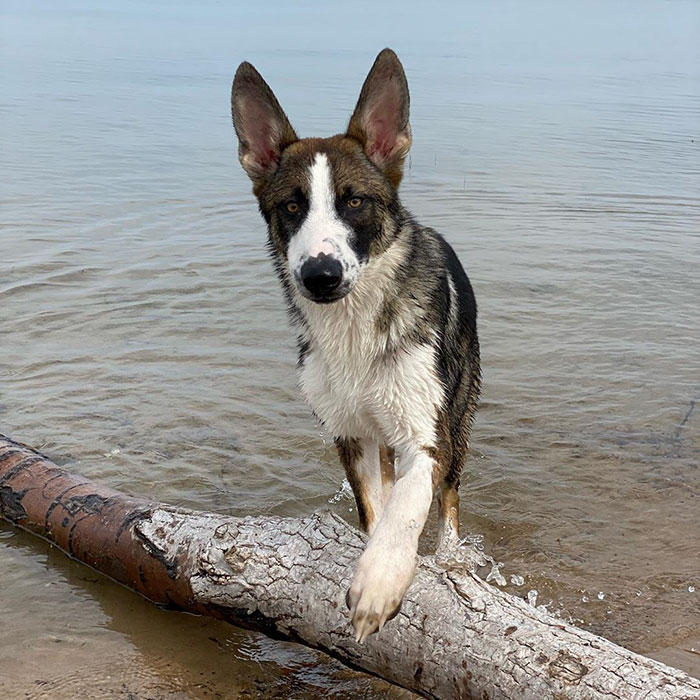 If a Panda German Shepherd’s DNA is tested against a “normal” colored German Shepherd Dog’s DNA, there would be no difference other than the aforementioned mutated KIT gene.

7. Panda’s are not officially recognized by the AKC

The KIT gene mutation, where the Panda’s coloring is made, is not found in most GSD. Therefore, it is rare. And because of that rarity breeders who bank on the mutation often are not in it for the health of the dogs, unfortunately.

9. Things to consider before getting a Panda German Shepard

There are several things to consider if looking to adopt a Panda German Shepherd. The first, know what you are getting into! Have you ever had a German Shepherd before? While they are known to be loyal, confident, and make great guard dogs, they require a lot of exercise, training, and socialization. The owner of a Panda German Shepherd should not just be worried about the looks of the dog, although that is the main reason most people are attracted to the Panda.

10. When looking for a reputable Panda German Shepherd breeder it is essential that you do your research.

Find a breeder that is in it for the good of the breed. A good breeder will do health testing on all of their breed stock. A GSD breeder will focus on common health issues and temperament of their dogs. The Orthopedic Foundation for Animals recommends German Shepherds be tested for both hip and elbow dysplasia. The German Shepherd Dog Club of America also states that conscientious breeders are to breed for temperament, confirmation, and trainability. These are the major attributes of the GSD, whether Panda or Black and Tan in coat.

In comparison to a black and tan German Shepherd, this is rather expensive. It is no doubt that this steep purchase price is due to supply and demand. Because the Panda is so rare, when born, they are often spoken for before their eyes even open.

While the black and white markings of the Panda German Shepherd are undoubtedly beautiful, are they worth paying the extra price? German Shepherds are highly driven dogs that need specialized care and are not suitable for uneducated owners. The Panda should be reserved for those that have a love for the breed itself and want to own a beautiful dog that they know how to properly care for. Once an ethical breeder is found, the prospective owner should be sure the Panda is healthy, has a good temperament, and is trainable. It is only then that a Panda should be owned, trained, loved, and cared for, by a responsible owner. 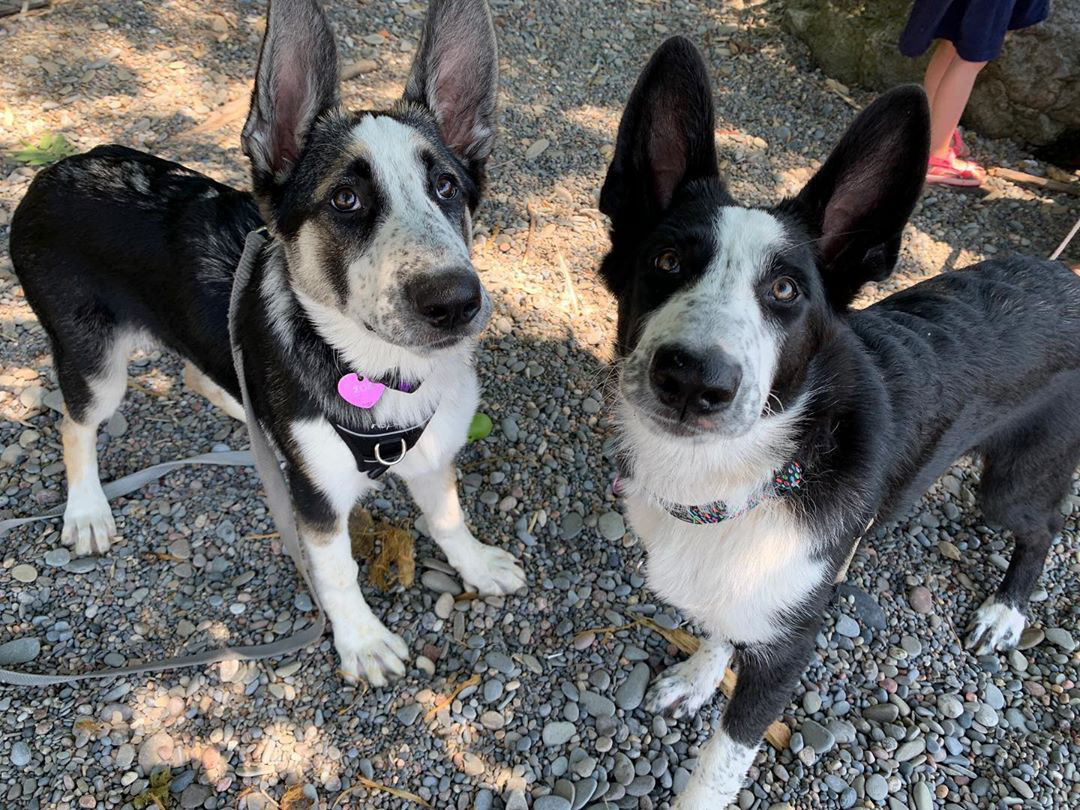 Heather is a Vet Tech student working full time as a veterinary assistant. She has over 5 years in the animal welfare field and has a special interest in animal behavior. She is the proud fur mama to her husky and three cats who give her daily content ideas and motivation.