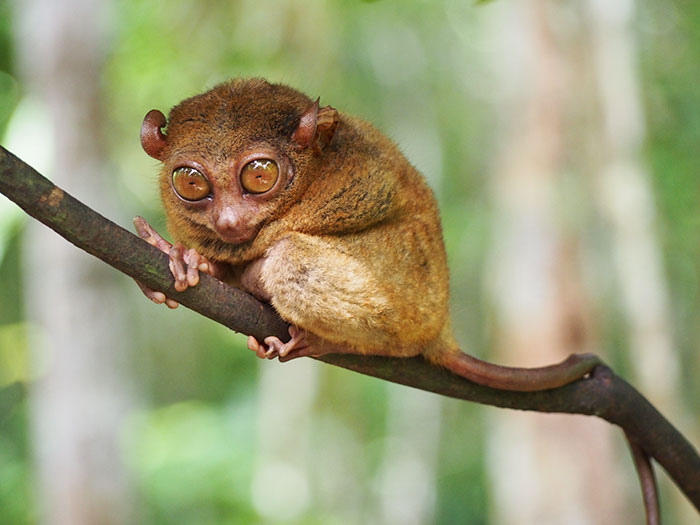 Records of this morbid behavior in other species go back as far as the 2nd century A.D. Claudius Aelian was a Greek scholar who wrote an entire book about it, citing 21 different incidents. Questions about why some animals behave this way have cropped up over the centuries. Even today, scientists struggle with pinpointing the reason. The biggest question is whether or not the animals commit suicide, knowing what it is.

There is plenty of evidence of various species of animal, regardless of kingdom or level of intelligence, committing what could be simply defined as suicide.

Many scientists hesitate to call it such and debate remains regarding terminology because suicide is a notion first defined by humans and human behavior.

Technically, yes, animals commit suicide, but that doesn’t always mean the same thing as it does for humans.

The most common animal associated with this fatal act is the lemming. Allegedly the epitome of “if your friend jumped off a cliff, would you,” this rodent has been incorrectly associated with mass suicide. The reason the incorrect stereotype of these little creatures became so widespread is because of their herd mentality. Lemmings live in large groups that will migrate to find a new home if their populations grow too large. Sometimes this involves making dangerous journeys, but hardly a single-file line off a perilous cliff. Think the Oregon Trail for rodents: not a suicidal mass migration, but a dangerous one.

There are proven records of animals committing suicide; however, with each case, the question remains of whether or not the act was intentional. Psychologists argue that the act of suicide implies a conscious intention to end life. This is a hard fact to prove in many species – we can hardly ask the animal what’s depressing them or if they fully understand the consequences of the action. In individual cases, there can be some good indications of premeditation or intent, though.

It’s an oft-quoted fact that elephants are deeply emotional creatures who can suffer from PTSD. They are not the only creatures who acknowledge suffering or loss. Records of self-harm have come out of animal farms, even alleged animal sanctuaries.

A farm in China kept bears restrained for the sake of extracting stomach bile for use in alternative medicine. Several reports of the bears trying “to kill themselves by hitting their stomachs as they are unable to bear the pain” come with one haunting case of a mother bear who, upon hearing her cub’s screams of pain, broke free from her restraints and ran to smother the cub to death, presumably to put it out of its misery. She then ran head-first into a wall, ending her own life. Impossible to prove intent, it’d be equally impossible not to divine the mother bear’s motive.

Tarsiers are a small primate found in Southeast Asia. With big innocent eyes, they may look like they’re asking for a cuddle, but the tarsier has proven to be averse to human interaction. Usually nocturnal, they have a natural propensity to avoid bright lights, loud noises, and human contact. Unfortunately, they’ve become endangered and sanctuaries featuring visitor centers have been questionable in their treatment of the little animal. As one Vice journalist noted, they went to a sanctuary in the Philippines where it was normal to take photographs, even up-close selfies, with tarsiers. What’s not advertised at this tourist hot spot is the fact that this overexposure to everything they dislike leads the world’s smallest primate to repetitively bang their head against their cage until they crack their skull. This type of suicide seems like an alternative to fight or flight. In the event that the first two aren’t options, some animals opt for the fatal path.

Dolphins have been proven to be intelligent creatures with higher functioning awareness of self than other mammals. With that, comes the burden of the existential world. Many instances have been recorded in which dolphins, subject to captivity or certain death as prey in a hunt, will simply hold their breath – stop breathing completely and submit to the consequences. Their behavior in these types of sure-to-lose situations is arguably the most indicative of intent.