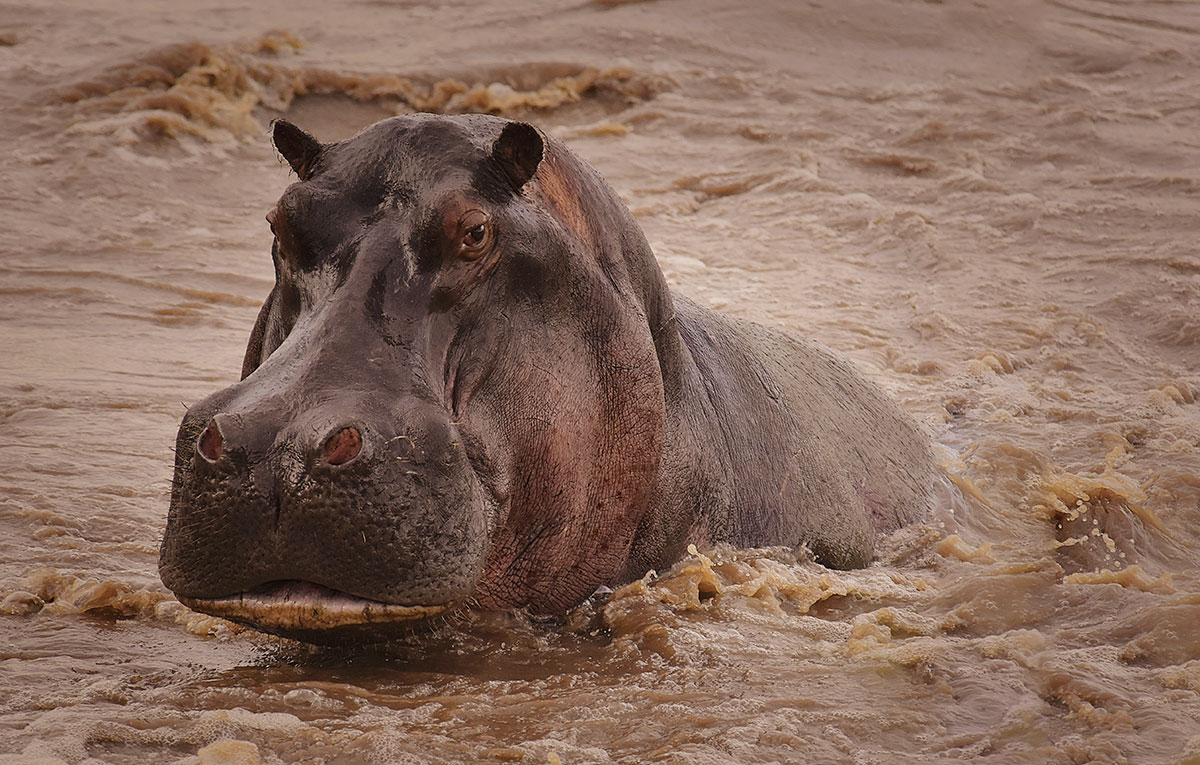 Hippos are potentially the most aggressive animal on land. Where sharks are known to be deadly in the sea, in 2020 there were only 129 total cases of shark attacks. Hippos on the other hand average several hundred fatal attacks on humans every year. Are these dangerous giants all-powerful?

Hippos don’t have to worry about predators

It’s hard to believe there are animals on the planet who are predator-free. Apex predators are animals who survive at the top of their food chain, meaning that — bar any freak accidents — they have no natural predators. They are THE predator. Hippos arguably fall in this category.

The young and small of any species are always targets for predators. Crocodiles and spotted hyenas are known to go after hippo calves. Rare tales of crocodiles taking down fully grown female hippos or previously injured (and thus weaker) fully grown males are told, with little proof of this being a regular occurrence.

Sometimes, lions will take a swing at them. These attacks are few and far between, as they’re normally not worth the lion’s effort. Lions are a fraction of the size of hippos and would need help to take one down. Even if being pursued by 4 lionesses, the mighty hippo can escape. Sometimes, the situation turns on the lion and the hippo attacks the big cat, injuring her fatally.

How do hippos defend themselves?

Believe it or not, their speed is one of their biggest boons. Hippos can run as fast as humans — even as fast as legendary Usain Bolt! Perhaps they should be given a gold medal, especially since they’re dragging tons of weight along with them. Hippos can weight an average of 3,300 lbs (almost 2 tons) which may explain why a couple of lions will struggle to overpower one.

Before things get physical, hippos will put on a display of power to scare off an enemy. They make a variety of noises and thrash if they’re in the water. If the situation escalates, they will use their teeth that grow over a foot in length. It is rare, though, and usually only used defensively. Normally, these large teeth serve in fighting other hippos in showy mating competitions.

It may not be surprising that the hippo’s biggest foe is man. Poachers are the reason why hippos are given the Vulnerable conservation status. In Africa, there are some places hippo meat is seen as a delicacy. Their teeth are also hunted for as an alternative to elephant ivory. Hippo hunting isn’t carried out just for commercial gain.

Some poach hippos for the sake of the community. Knowing how harmful hippos can be, especially to humans, some people organize hunts against these dangerous creatures.

In one very bizarre turn of events, famous drug lord Pablo Escobar imported 4 hippos for his estate in Colombia. Upon his death, they were abandoned and left to run wild. The local government supported an initiative to hunt down the hippos which were reeking havoc in the area, but animal rights protests shut it down after the first one was killed.

As it turns out, hippos don’t tend to be as hungry hungry as we thought. They only eat about 1% of their bodyweight each day and it’s pure grass. Very rare reports of them eating carrion or even each other have surfaced, but this is not normal behavior. The hippo’s stomach is not designed to digest meat, so a carnivorous diet would be completely unsupportable.

Hippos also have a lot of turf wars with crocodiles. Usually they’ll just be chased off, but if the reptile gets too close, the amphibious mammal will go in for the kill.

Hippos are a more formidable animal than many imagine. These seemingly docile waders have a long history of violence. While they may not be as ruthless as a grizzly or a killer whale, they are a force to be reckoned with.

Related: Which Animals Could Beat a Hippo in a Fight? 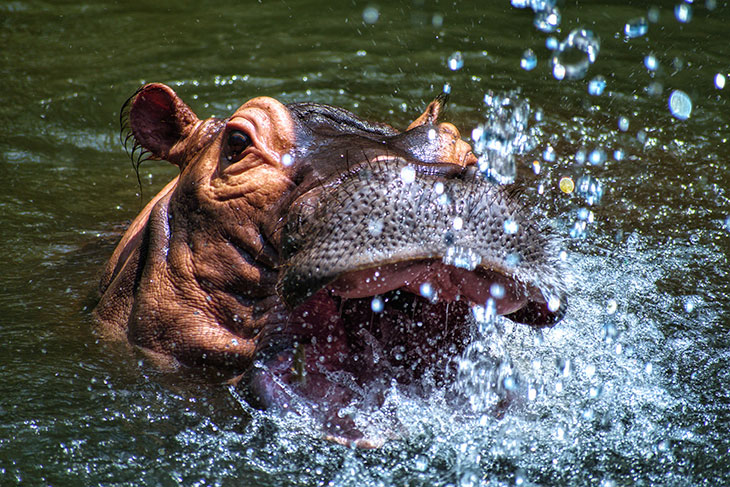