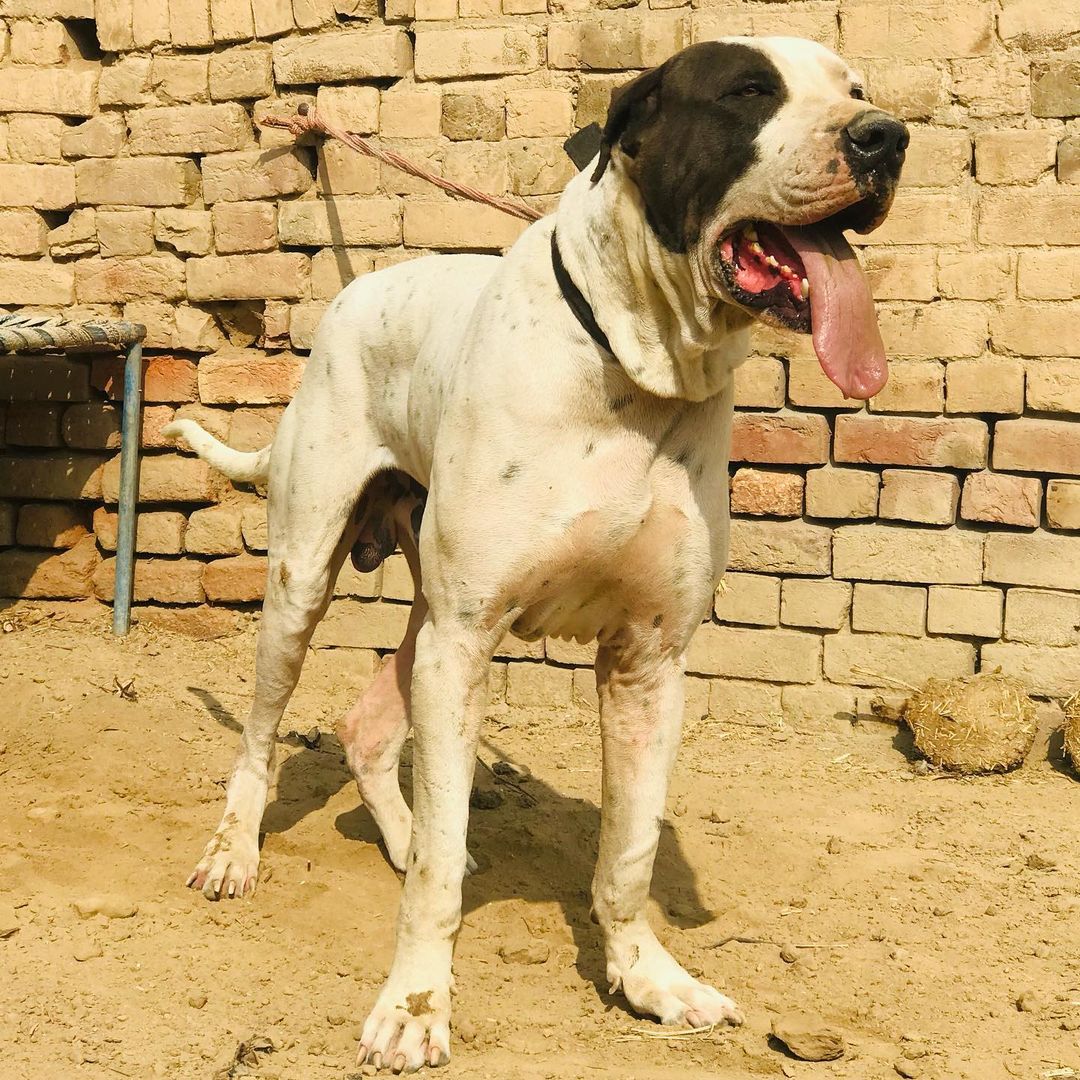 The most original term for it, however, is bully kutta – a name that comes from the local languages. “Bully” is a derivation of the Hindustani and Punjabi word bohli which means “heavily wrinkled.” Kutta is Hindustani for “dog.” A straight-forward name that sounds majestic to English speakers.

All more of less align with the category of mastiff, though, given their huge size and propensity for working dog characteristics (tall, muscular bodies; stout heads; and sagging skin surrounding their jowls).

Bully kuttas are most commonly white, but could come in black, brindle, brown, red, white, or a mix. They look very similar to mastiffs, as well as pit bulls and Great Danes.

The bully kutta has a lifespan comparable to other mastiffs, averaging 8 to 10 years.

Bully kuttas are not sexually dimorphic, meaning the males and the females look almost the same (except for their nether regions, of course). Both sexes can weigh up to 150 lbs when fully grown, the males sometimes reaching as much as 170 lbs.

Both also grow to over 30 inches tall, occasionally maxing out at 36 inches! That’s 3 feet, meaning they reach up above most adult humans’ waists. That’s the same height as Irish wolfhounds, the tallest breed recognized by the AKC.

History of the Bully Kutta

The first reliable records of the bully kutta are from Pakinstan in the 1500s. Its origins are unclear, though. One story claims that upon British colonization (which is, incidentally, later than the 16th century), English mastiffs imported into the subcontinent were bred with local dogs and produced the bully kutta. Another claims that it is the descendant of the Alaunt, an extinct breed of dog from modern day Iran.

These large and powerful dogs were most commonly bred for what is now considered an inhumane practice: dog fighting. Like many other criminal pursuits, dog fighting’s illegality does not affect its popularity in Pakistan.

The health issues bully kuttas are prone to are similar for those of most big dogs.

Arthritis and heart problems are the biggest worries, but can be avoided. In their youth, avoid over-exercising your bully kutta puppy as their bones need to fully develop before they go on long walks.

The breed is also prone to blindness and can succumb to skin infections or allergies. The best way to avoid any health issues is regular check-ups with your vet. 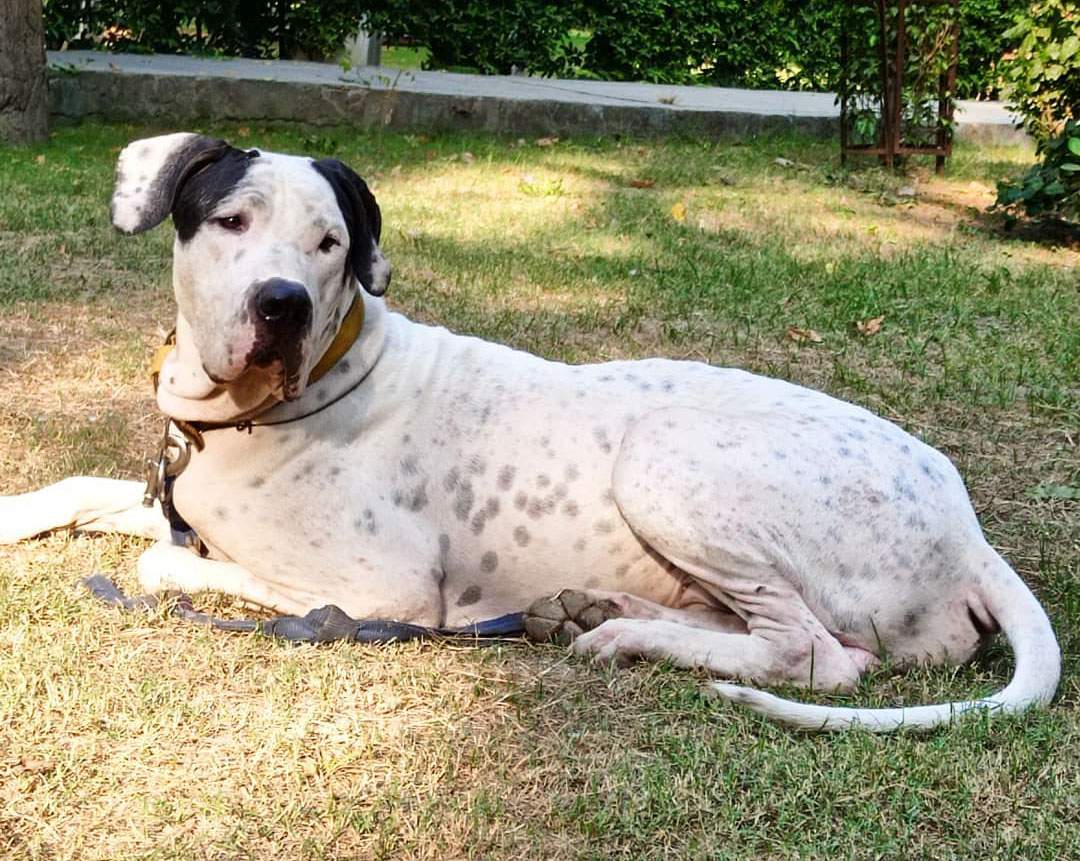 Like all dogs, bully kuttas are dangerous if you make them be. They are akin to Rottweilers and pit bulls in that mankind’s history with the breed has lent it a bad reputation. When raised as fighting dogs, they will be extremely dangerous as they are forced to fight for their lives.

This doesn’t stop them from being domesticated pets, though. When raised with love, care, and attention, they will be man’s (giant) best friend.

Dogs from the working group don’t just help best around the farm or act as the canine Coast Guard, performing water rescues. The group goes beyond that, to include guard dogs. Bully kuttas are especially good at this as their temperament matches that of a guard dog to a T.

Guard dogs do come with the stigmatization of being fierce or uncontrollable. There’s no doubt that the bully kutta is an extremely strong dog that can be used for protection. Like most other canines, however, they’ll only be aggressive if trained to be, which just goes to show that bad behavior is learned.

Are Bully Kuttas easy to train?

Almost all dogs are trainable, some just take more time. Bully kuttas are very intelligent dogs who are well-trained once you put the effort in.

Training is a constant, full-time job. Dogs don’t understand down time or days off, so it’s especially important when training one so large and powerful to constantly reinforce their training. Remind them who’s the alpha. (It’s you!)

A dog of this size is usually not suited to homes with small children.

Even if they have the sweetest temperament, like all big dogs they often don’t appreciate their size.

Playtime can turn dangerous if a happy canine uses its full force.

It’s also important to appreciate the bully kutta’s instinct to guard. They will become territorial of your family, so you need to make sure they’re used to every member equally.

Try to curtail some of their protectiveness with regular friends and guests, to whom they should become accustomed if they’re coming over often.

Like other formidable breeds that grow to this size, any attempt to socialize them with other dogs would best be made when they’re young. 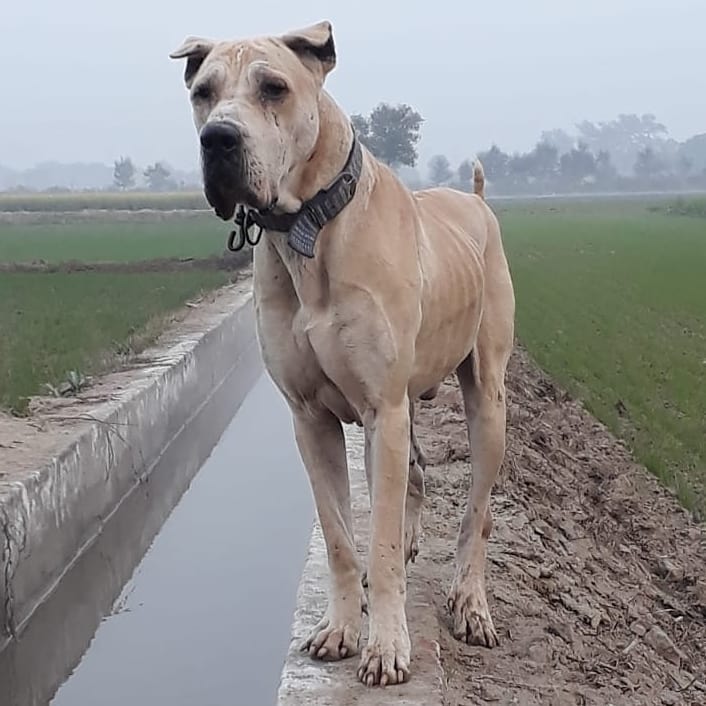 Bully kuttas do best in wide open spaces. You don’t have to live on acres of land to own one, but it is recommended that you have a big enough house for it to freely move about, a yard for late-night necessities, and access to a park or local wilderness.

Take care in local dog parks until you’re comfortable with your bully kutta’s training and temperament around other dogs.

Long hikes or expansive fields are probably best for these giants to get some exercise.

Bully Kuttas are not banned in the US nor the UK

The bully kutta is not banned in the U.S. It is hard to get, though. They’re simply not bred over here and importing them will cost a pretty penny.

It’s not banned in the U.K., either, who has explicit laws about dangerous breeds. While it isn’t banned in India, it isn’t recognized by their Kennel Club, either.

Bully kuttas are quite hard to find in the Western hemisphere. Their popularity in Asia makes them rather affordable, as they’re a common breed.

How much do Bully Kuttas cost?

A puppy costs the equivalent of a couple hundred U.S. dollars. Over here, though, puppies can go for $1,500 or $2,000! That’s the price you have to pay for a more exotic mastiff.

It’s more than likely that, if you’ve never handled dogs before, a bully kutta is not the pet for you.

Their massive size and need for frequent exercise make them time-consuming physically and mentally.

It takes great focus to train them and be able to maintain an animal that weighs probably as much as you do. Plus, they are known to drool a lot. If you’re not used to wiping up saliva left, right, and center, you’re in for a surprise.

It is widely agreed that a bully kutta should not be a first-time pet.

Like all big dogs, bully kuttas have a grand presence. Their stature is impressive and works in their favor when guarding their beloved owner. Despite their misuse by some, they can prove to be a fun and faithful pet.