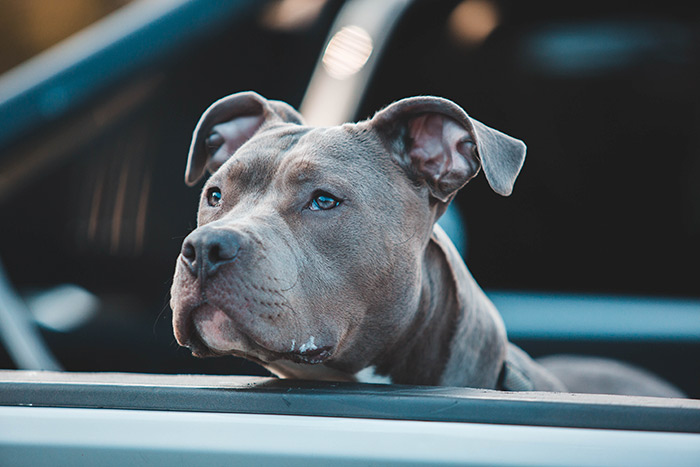 Why dogs bite/attack their owners?

There are many explanations as to why dogs bite. The most innocent one is because they weren’t trained properly as a puppy and mistake it for play. Light nipping or mouthing can progress to genuine bites because they were never trained to distinguish play from pain.

Dogs can bite defensively. If they’re unwell and you get too close, they may bite you as a way to protect themselves when wanting to be left alone. It could also be a defensive bite for the sake of protection. If they feel threatened, or think that a prized possession such as their food or their own puppies are being threatened, they may defend with a bite.

They can also bite offensively. If the dog gets stressed, scared, or startled, they could act impulsively and bite.

In all these situations, the victim could be a family member, a stranger, another animal, or even the dog’s owner.

Do pitbulls bite more than other dogs?

It’s a hard thing to determine if pitbulls bite or attack their owners more than other dogs because of the way news is reported. If someone gets a bad bite off a Cavalier King Charles Spaniel, it’s hardly going to make the evening news. No one’s ever banned that breed for aggressive behavior, nor does it have a history of violence.

Sensationalization is sexy. Pitbulls have a history of being put to odious work and used aggressively. Playing on that is what sells the news and creates uproar against the breed.

In Ontario, a law was enacted in 2005 to ban pitbulls from the entire province. Existing dogs were spayed and neutered and it was made illegal to import new ones into the province, even from the rest of Canada. However, after the banning, a study on reported dog bites showed that the number of serious dog bites in Toronto didn’t go down. In fact, the number rose. Finding out what caused that is a whole other article.

This one highlights the fact that the banning of pitbulls (whose population in Toronto did decrease drastically as the “last generation” of legal pitbulls died out) did not affect the number of dog bites. While the study doesn’t take illegal dogs into account, in this instance it seems that pitbulls do not attack their owners more than other breeders.

Similar studies have provided the same results in Ireland and Iowa.

Bit out of the blue?

Perhaps the biggest mistake we make is thinking that a bite is prefaced by growling or raised hackles. We look for aggressive signs and, without any, think all is okay. The American Veterinary Medical Association (AVMA) cautions us otherwise.

They say that real signs of an impending bite come from fear or nervousness.

They may stiffen and tense up, widening their eyes and shying away before striking. It may seem out of the blue to some but if you know what to look for, you can see it coming a mile away. Remember that pets are not toys – they’re living creatures who feel fear as well as affection.

Some may be goaded into taking a snap at others. 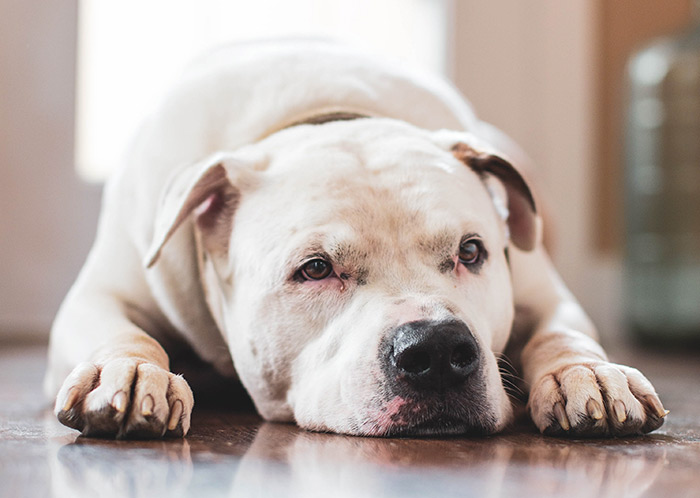 There are many times that the media carries stories about pitbull bites and attacks. Whether or not they seem sensationalized or believable, they hardly have time to paint the full picture.

What can a news presenter fit in a 5 minute segment? It seems to us that they also tend to leave out the conclusions of published professional research studies.

A paper published on the “Mortality, mauling, and maiming by vicious dogs” in 2011 had studied dog bite victims admitted to the level 1 trauma center at the University of Texas Health Science Center in San Antonio for 15 years.

Over that period of time, the numbers showed them that while only 12.7% of the bites were from pitbulls, they were linked to higher injury rates and higher risk of death.

(Related: Do Pitbulls Lock Their Jaws When They Bite?)

Depending on how you look at it, this specific study could either confirm or deny skewed stats. It seems that they are less likely to bite, but when they do, it’s to worse effects than other dogs. This begs the question of why.

Another study in 2007 came to the conclusion that people who support breed-specific bans “acknowledge that human behaviors contribute to the development of dangerous dogs,” implying that the dog is not solely culpable.

The paper concludes on the statement that human behavior (specifically that of bad owners) will not change with breed bans.

At the end of the day, it all comes down to marketing. One study found that by removing labels from dogs up for adoption (i.e. not labelling a dog as a pitbull), pitbulls were more likely to be adopted than when they are labelled with their breed.

Pitbull’s aggression vs other dogs

The American Temperament Test Society (ATTS) is an organization that evaluates the average temperament of each breed of dog. They study a dog’s motivation and reaction as well as its psychology and other factors that relate to its temperament.

While it’s not an exact science, ATTS has some of the best records of breed temperament.

Their website lists the amount of subjects tested per breed and how many of those subjects passed or failed the temperament test.

Failures indicate bad behavior. The lower percentage a breed has, the lower its temperament is estimated to be.

Some breeds have more tests done (such as the Collie who’s been tested 896 times) and some are new to the program, like the White Swiss Shepherd who’s only been tested once.

The American Pitbull Terrier has been tested 931 times by the ATTS and has a score of 87.4%. That’s not too bad when you look to see that the Beagle ranks lower at 79.7% and the Chihuahua at a lowly 69.6%!

Compared to what many hear about pitbulls, they’re ranked much higher in comportment than other more widely-accepted breeds.

So we still wonder, why do they have such a bad rep?

It’s important to remember that ATTS research isn’t exact. The number of subjects tested varies greatly among breeds and the test lasts only 12 minutes.

A similar program run by the University of Pennsylvania is the Canine Behavioral Assessment and Research Questionnaire (C-BARQ) which focuses on 14 main behavioral traits. This assessment also found other breeds to test significantly more aggressive towards others than the pitbull did.

The breeds exhibiting the most serious aggression including bites were Chihuahuas, Dachshunds, and Jack Russell Terriers – not pitbulls! 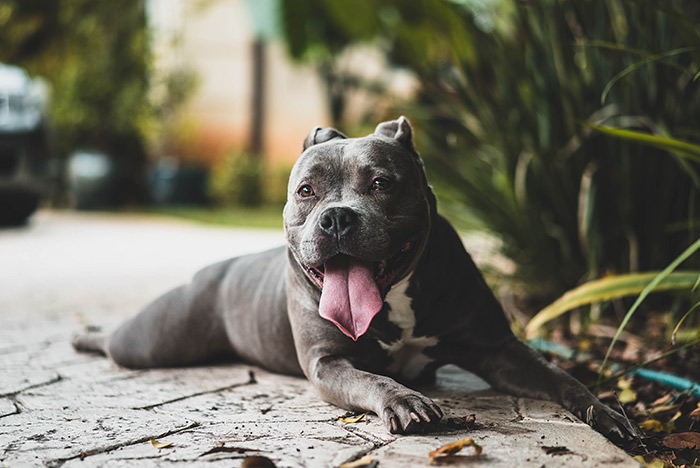 Importance of training and socialization

As dogs mature, they can develop an intolerance towards others. Think of moody teenagers. This is why training a pitbull (or any dog – especially those nippy Chihuahuas!) with good social skills is important.

One of the best ways to ensure good behavior is by teaching it to your dog.

This is especially important because you need to put work into it. Training and socializing a dog is time consuming. People who want a dog but don’t want the effort shouldn’t adopt one.

They don’t always learn on their own which isn’t necessarily a bad thing, but it does mean that you’ll have to put in some time and energy to encouraging friendly socialization, discouraging bad behaviors, and having the patience for them to grow accustomed to others.

It’s not just the dog’s behavior that should be trained, but also our own.

There’s a reason why many people want permission to pet their dog before you just reach in willy-nilly.

Some dogs are gentle creatures but don’t do well with others.

Whether they’re scared or stubborn, they may not react well to a stranger approaching them, and who knows better than their owner.

If you want to pet a dog, do ask first. If it’s best not to, the owner will warn you that their dog is temperamental.

It’s important to remember that it’s not normally the owner’s fault their dog acts that way. They are animals and it can take time to modify their behavior.

It may sound a bit obvious, but aggressive dogs are trained by nefarious people.

Many pitbull rescue groups describe the breed as friendly, even to a fault (hence them not being good guard dogs). You shouldn’t worry about your pitbull going full Cujo (get them a rabies shot, for one), so even if you adopt one from a shelter who has a questionable background, they’re not a lost cause.

As several studies have proven, nature doesn’t seem to have as great an effect as nurture. Giving them the right love and attention and training them in the sociable way to react to you and others will provide you with a great dog.

(Related: How to Stop A Pitbull Puppy From Biting)

Here are some clues to help you determine whether or not a dog is feeling threatened:

Ready for pets: Would prefer to be left alone:

These hints may seem obvious when you read them here, but it’s good to train them into your memory so that when you see a dog, the sudden urge to pet and cuddle it doesn’t overwhelm you.

Don’t let the breed lull you into a false sense of security. All dogs have teeth and are capable of giving a nip, affectionate or otherwise.

It’s reassuring to know that studies have found that potential dog owners do not seem to shy away from pitbulls when considering all the adoptees in a shelter. It is unsettling how much scientific research is out there, proving that the largest influencing factor affecting pitbull stigmatism is human behavior. We hope that more an more people provide loving homes for rescued pitbulls and less unsavory types breed these poor dogs for destruction.