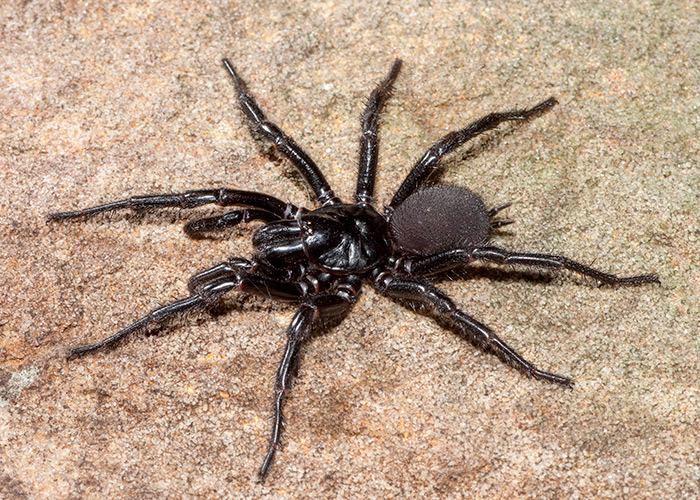 Google “funnel web spider” and you’ll be hit by a barrage of videos and features screaming warnings about the “world’s deadliest spider”. While this is a contested title – and many advocate for the Black Widow or the Brazilian Wandering Spider as more lethal – most experts agree that an untreated funnel web bite is the likeliest to lead to death (although, as we will go on to explain, that still doesn’t mean likely).

As Doctor Raven of Queensland Museum told the Guardian during one of the frequent public debates on dangerous spiders, "with a funnel web bite to the torso, you’re dead. No other spider can claim that reputation."

There are actually 40 species of funnel web but the Sydney Funnel Web Spider is the most feared of all and the clue why is in its name.

This species lives around Australia’s massively populated capital city and so, in a nation that even Australian Geographic Magazine admits “has a reputation for being filled with animals ready to kill you”, the funnel web is the one which most Australians are likeliest to encounter.

Sydney Funnel Webs are large spiders – one named ‘Big Boy’ by the Australian Reptile Park measures 10cm when stretched out – with shiny and hairless fronts and black or dark red abdomens.

Their most conspicuous and terrifying feature are their enormous, rearward-facing fangs, which are larger than a brown snake’s and capable of piercing through fingernails or leather shoes. Yes, you read that right.

And these fangs certainly aren’t just for show, given the 40 different toxic proteins they can deliver to overload the human body’s nervous system, capable of causing death within 15 minutes without treatment.

The spiders get their name by burying themselves in a funnel-shaped web of silk in between rocks or logs, which are often found in Australian suburban gardens. When their prey – usually cockroaches, millipedes, snails, and the occasional frog or lizard – gets close and snagged, they ‘dart out’ and attack, sinking their enormous fangs in.

The females usually stay close to the web, but the more toxic males are likely to move around looking for mates.

Being nocturnal, they will often find somewhere dark and safe to shelter during the day, and that’s when they end up in people’s shoes or houses.

That’s why Australian public health videos have spent decades advising people to be vigilant, wearing gloves while gardening, checking shoes before putting them on and not walking around barefoot. 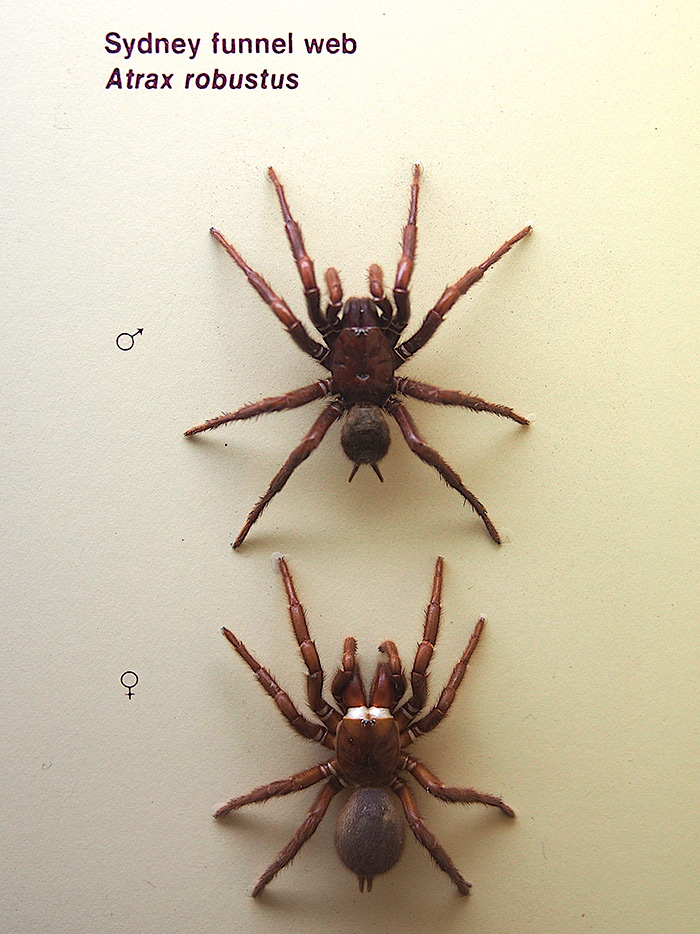 If bitten by the funnel web spider, help needs to be sought immediately.

The atraxotoxin protein contained within funnel web venom rapidly attacks the nervous system, shorting out the synapses in the nerves and halting the body’s natural relaxation cycle.

The resulting overheating of the synapses can result in a rapid heart rate, increased blood pressure, difficulty breathing, and numbness.

“People know within minutes that they’re going to die or are in deep, deep trouble – death has occurred with funnel webs in 15 minutes,” Doctor Raven says.

Fortunately, the development of antivenoms has prevented deaths since 1981, and these are usually readily available at Australian healthcare clinics.

Until you receive a dose, however, you should apply firm pressure on the bitten limb and try to keep it immobile. Torso bites, as Doctor Raven has already mentioned, may be more dangerous.

The “milking” of spiders to create antivenom is a fascinating topic in its own right.

A male spider has to be provoked into producing venom at the tips of its fangs, which is then sucked up by a vacuum pipet.

Given how tiny the droplets are, it takes approximately 70 milkings to produce one dose of antivenom. This means a large collection of spiders is essential for sustainability and the Australian Reptile Park – which is the main provider of antivenom – encourages Sydney residents to catch any funnel webs they encounter and take them to 11 designated drop-off points.

One fascinating fact about the funnel web, and a comfort to pet owners, is that their poison does not kill most mammals.

Dogs and cats are usually able to neutralise the spider’s venom within an hour and recover fully, while birds seem almost entirely immune.

Some Australians keep chickens as pets because they are known to enjoy gulping down these eight-legged fiends.

In fact, other than the spider’s usual invertebrate prey, it’s only primates like humans which are highly vulnerable to the venom.

This, experts claim, is a simple evolutionary accident, though that probably isn’t particularly comforting when you’ve just been bitten by one through your shoe.

Before antivenom was introduced, 13 people are known to have died from funnel web spider bites.

If that doesn’t seem like a high number, that may be because you have bought into legends of deadly spiders, or are just experiencing one of man’s widest felt fears, arachnophobia.

In fact, as Live Science argues, spider bites which cause any injury at all are incredibly rare.

To put it all into context, there have been no funnel web deaths for more than 40 years while even the notorious Black Widow bit 23,000 people in the USA between 2000 and 2008 without causing a single fatality.

In fact, in the whole of the USA, less than seven deaths a year are caused by spiders.

Sweet, docile cows, on the other hand? Those vicious killers claim more than 20 lives annually.

So, next time you find yourself wandering through a field keeping a terrified eye out for deadly darting spiders, perhaps you should raise your gaze and keep it on that cud-chewing bovine.

She may have a vacant look in her eye, but there could be murder on her mind.