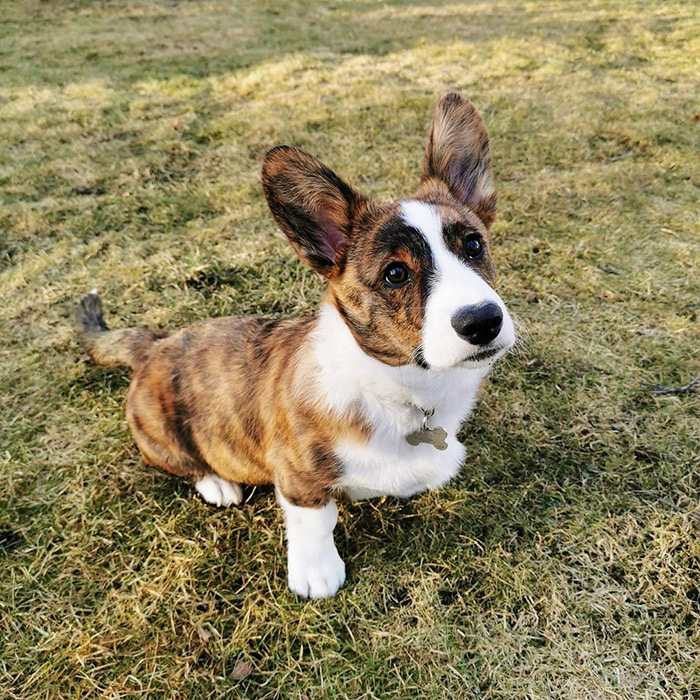 Corgis have skyrocketed in popularity over the past five years. In fact, in 2019, they were the most popular dog in America.

This is due to a few things, such as their sweet faces, adorable famous Corgi butts, and their amazing demeanor.

But there are a few things people should know before adopting or buying a Corgi, specifically a Brindle Corgi.

1. There are actually two breeds of Corgis

Confusing, right? There is the Pembroke Welsh Corgi and the Cardigan Welsh Corgi.

They are entirely different breeds, as they have different ancestors.

The main ways to tell them apart are that Pembrokes do not have a tail, and Cardigan Welshes have rounded ears, instead of the Pembrokes’ pointed ears.

Yep, you heard us right. Those short-legged fellows were first found in Wales steering flocks and cattle.

Their short legs were actually useful though, as they nipped at cattles’ feet to make them move, they could avoid being hit.

The Welsh fondly referred to them as “dwarf dogs”. So if you’re looking to adopt a Brindle Corgi, be sure to be ready for all the Corgi energy and herding instincts!

Originally, the Corgi breeds were lumped together and recognized by the American Kennel Club in 1934.

Each eventually got their own distinction, but the Welsh Corgi breed is actually ranked 13th in popularity for the AKC.

4. Cardigan Corgis only have the Brindle pattern coat

The Cardigan Corgi has a few different unique variations, including black, blue merle, brindle, red and sable. Blue merle is quite rare, while brindle is also not super common, but is actually a dominant trait and can be bred quite easily.

5. Brindle is simply a coat coloring and has no impact on the breed’s health.

Brindle is a unique coat, with predominantly brown base coloring and dark or black stripes running through. It’s often called a tiger coat for this reason.

In Corgis, the brindle pattern is also reserved to only parts of the body such as the back and a mask on the face, with the rest of the body a pure white.

The brindle and blue merle coloring is assumed to have been from crossbreeding many, many years ago.

Some breed enthusiasts frown on the colorings as unnatural, but they are still accepted by the AKC and are still adorable, so do not fret!

6. Brindle Corgis are generally healthy dogs although they are prone to certain health conditions

They are prone to a number of health issues, such as hip dyplasia, intervertebral disc disease, epilepsy, and degenerative myelopathy.

Eye issues and urinary stones are also somewhat prominent in the breed.

The breed still lives a great 12-15 years, but may require close veterinary care.

If you buy from a breeder, be sure they test for these ailments in their bloodlines to help lower your chances of encountering them. 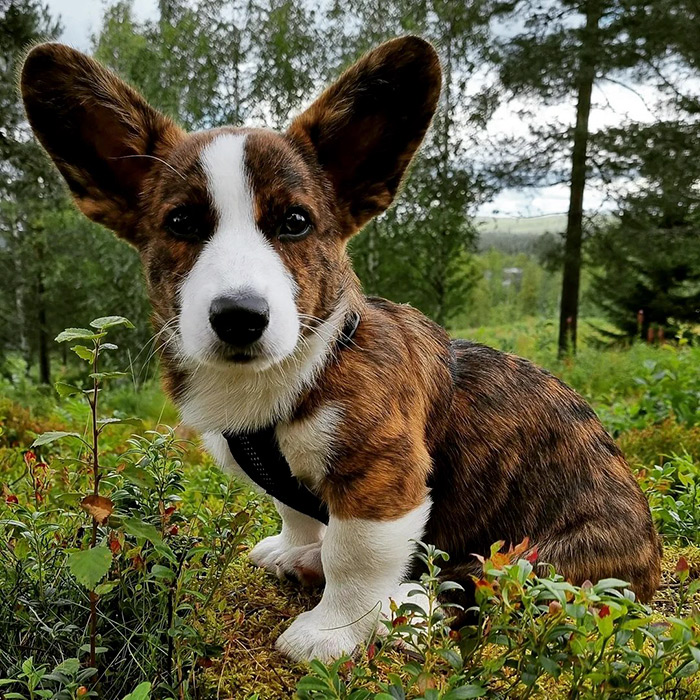 7. You may pay a pretty penny for a Brindle Corgi

Corgis are a very popular breed, and breeders work on supply and demand. Because the breed is so popular, prices may be higher and litters may be hard to find.

You can find Corgis in rescue, but they are not very common.

Search for local rescues or reputable breeders to find your perfect fit.

Prices range depending on your area, but expect to pay around $3,000 for a quality Corgi puppy from an ethical breeder.

As we mentioned, Corgis are herding dogs. They are brave, smart, energetic, a bit loud, and sort of territorial.

They make amazing family dogs and will often act as a watchdog to defend their owners. They require committed exercise and mental stimulation, and may not make the best apartment dogs for that reason, along with their barking. If you put the time into your Corgi though, you have a loyal, lifelong best friend.

9. Look for a reputable breeder

Corgis are very high in demand, which may make some people think they should breed their pets to make a few bucks or help some families out. This is not a reputable breeder, and could produce puppies with major health issues.

Look for a registered breeder who does extensive health testing, cares for mom, dad, and puppies carefully, and allows you to meet the puppies and see where they are raised and where mom and dad are kept.

Ask about the health and DNA testing they do, and if a price is too good to be true, it probably isn’t legitimate.

Unfortunately, the breed is not hypoallergenic and they have a thick, double coat which adds to their charm, but also to your grooming bill.

They do require regular brushing and will turn your couch a different color with their fur if they don’t get their undercoat raked out occasionally.

11. Set up puppy play dates and introduce other pets slowly

Corgis love other dogs, and are quite a polite breed during play.

They enjoy running and playing with other dogs, and Corgi meet-ups are a real thing in many cities.

With that said, they are a herding dog, so it’s good to introduce them slowly to cats or other small animals in your house, so they don’t see them as something to herd.

They can nip at heels and things, so start young with corrective, positive training.

They are so smart in fact that the Welsh Corgi ranked 11 out of 110 of the smartest dog breeds.

This means they are very receptive to training and can learn a lot, but they are also a bit stubborn and can use those smarts for good or evil.

Corgis benefit greatly from puzzle toys and mental stimulation to keep their mind working, especially if they are a pet and not a working dog. 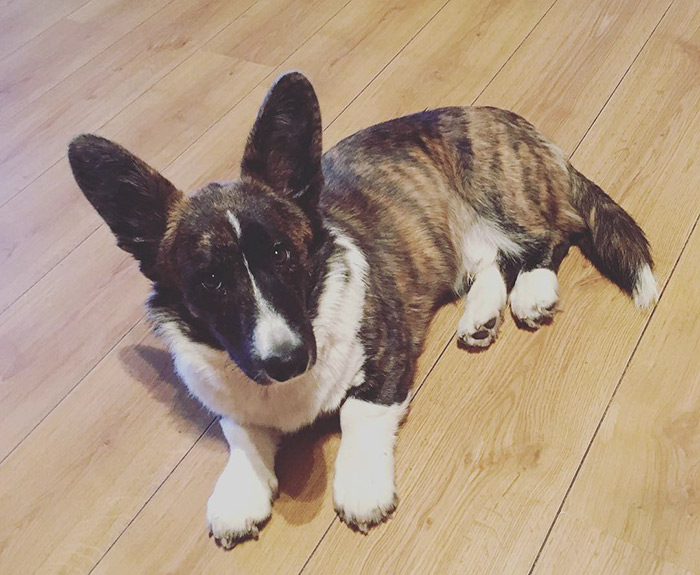 13. You’d have a connection with royalty

Both breeds of Corgi tend to make their opinions known through their voice. Corgis were bred to bark at cattle and flocks, and that instinct has stayed true over the years.

They tend to bark at anything and everything, so be prepared for that when considering adding one to your family.

15. They are lifelong best friends

Brindle Corgis are very affectionate, loyal, and loving dogs. There is a reason they are so popular and it’s not just for their looks. This breed will stick by their owner’s side through everything and are goofy, loveable dogs that require a 12-14 year commitment and lots of time and love.

Now you know what to expect when adopting or buying a Brindle Corgi!

Remember, the brindle coloring is limited to only one breed of Corgi, and may be harder to find, so if you’re looking for that coloring exactly with a breeder, be specific.

But no matter what Corgi you end up with, you’re in for a treat, as this little breed has lots of love to give!