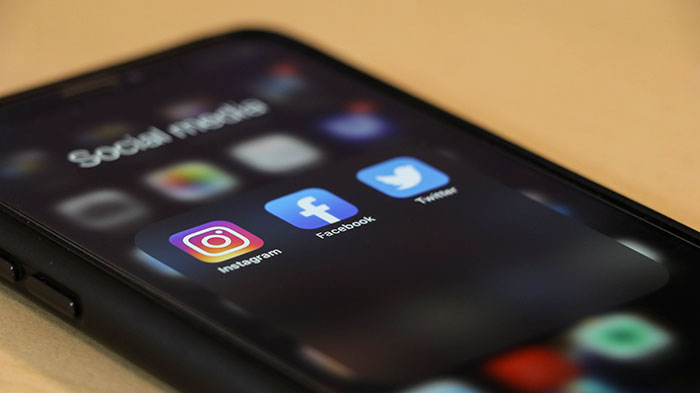 It is such an integral part of the daily grind that we hardly notice it anymore but the verdict is in – social media can ruin your life.

If you are like most people you will have already checked Facebook, Snapchat, Instagram, Pinterest, Twitter etc. multiple times today, perhaps spending up to 9 hours a day doing so if research is to be believed. We use it as a distraction and release from work, to catch up with friends, and to see what other people are up to. Relaxing, right?

There have been numerous recent studies to suggest that social media is making us feel bad, in more ways than one. Issues such as low confidence, anxiety and self-esteem have all been linked back to social media. So why is something that should be so positive having such a negative effect?

Here are the 7 (very) real ways that social media can ruin your life.

FOMO is a very real phenomenon and is regularly considered the ‘curse of our time.’ The fear of missing out on an interesting event or hanging out with friends has become a big cause of anxiety and is almost synonymous with the widespread growth of social media. When we fear missing out on something – whether the ‘something’ is real or not – we become subject to a never-ending treadmill of anxiety. After all, there is always something going on and we can’t be in twenty places at once. And if so-and-so has just brought such a nice car then my job must be rubbish. By falling prey to FOMO you are essentially saying that your life is not as ‘good’ as someone else’s, which is always a recipe for low self-esteem.

The harsh truth about most social media posting is that we are really just out for approval. We don’t really care if the people who read our post benefit from it or not, as long as they show their public approval via a ‘like’ or comment. Be honest – how many times have you posted something and then just sat around, watching the likes mount up? It’s a buzz to feel popular and important, and many of us are hooked on it. Studies show that people who post more often are more likely to be narcissistic and have self-esteem issues.

It is natural to want to be liked and to feel important in our social group, but social media has made this ‘high’ easy to generate. We no longer have to work for this feeling, which is what made it satisfying in years gone by. We can now post a picture of our cat or night out and feel like a celebrity, which is the addicting (and dangerous) part.

For most of us, the morning routine is now a cup of coffee and a scroll through our social media newsfeeds. Nothing wrong with this on the surface, but there is some evidence to suggest that how we respond to the first few minutes of the day is a large indicator of our energy levels for the rest of it. If we are lethargic, getting increasingly more anxious we are missing out on something, as many of us do when doing our 7am social media check, our energy levels are likely to suffer as a result. If, instead, we burst out of bed, hit the gym, meditate, or do something else constructive, results are likely to be very different. Social media can hinder the habit of taking action, teaching us to observe rather than participate.

On top of this, social media newsfeeds change quickly and it is addictive reading about people you know. Hence, social media being nicknamed ‘the productivity killer.’

How many times have you had a face-to-face interaction in the last year or so where you didn’t check your phone at least once? Depending on your age group, the answer is probably not many. Look around when you are in a coffee shop or pub with friends – there are so many tables of silent people, all checking their phones. It’s crazy to think we are so absorbed with our ‘digital life’ that we forget to live our real life, something that would have been absurd not that many years ago. By checking social media and posting numerous photos during a face-to-face interaction, instead of capturing the moment (which is what we are hoping to do), we are actually letting it slip by, never really being with the people who are with us, never really feeling connected.

5) Encourages focus on the wrong things

The problem with any ‘appearance-based’ interaction system is that it automatically ranks us according to arbitrary social values. Take a look at any Instagram feed – the chances are good that the people getting the most likes, in general, are the ones showing off Rolex watches and how good their ass looks after leg day. We, in turn, focus on these things, believing we need them in order to feel the self-worth that seems to come so naturally to others. It is no wonder that we have a crisis of confidence when our thoughts are in this direction. When we cultivate the ‘comparative mindset’, where we compare ourselves to anything and everything, ranking ourselves on whether we are ‘better than’ or not, we give away a large chunk of our personal power, which leads us on to the next point.

6) Encourages us to put men on a pedestal

As we have said before, ‘appearance-based’ interaction systems like social media automatically rank us by arbitrary social values. It is not surprising then – though discomforting – that it tends to be the most physically attractive people who get the most likes and shares (there are obviously exceptions to this rule, but this is a general statistic). This isn’t surprising because science has proven that being perceive as physically attractive can help make us more successful. What isn’t great is that these attractive people (whether through looks, possessions or other) then get put on a pedestal, with everything they do seeming to carry more weight because of who they appear to be. Take people like Dan Bilzerian – cashing in on the ‘showbiz’ lifestyle that all men sort-of crave. We begin to believe that if we don’t have a private jet, six pack abs and the New England Patriots cheerleading team waiting on-board our life sucks, which isn’t true. Confidence dives as a result.

7) Encourages us to put women up on a pedestal

In much the same way that we put certain men on pedestals, we do the same (perhaps even more) with women. After all, open up the Instagram of any straight man and you will more than likely find at least a few suggestive photos of ‘insta models’ or ‘fitness girls’, with larger-than-life personalities and the perfect body to match. This, in turn, make us put these attractive women up on a pedestal, as though they are ‘better’ than us in some way and, in the case of the man, way out of our league. This pedestalisation of women has the same damning effect as porn addiction. A lot of men have enough trouble talking to women as it is, without the added self-esteem issue that comes from the pedestalisation of women. Things seem to be changing though – recently a lot of women have spoken about the ‘authentic’ photos of some models on Instagram, finally voicing how insecure it makes them feel. As much as social media can ruin your life, maybe there is hope after all.

How to balance social media and life

Like anything else that is addictive, we should be aware of how social media can ruin our life. With that said, it doesn’t mean we should all go out and delete our accounts. As damaging as it can be when used incorrectly, social media is a big part of modern life and a great way to connect with people. The vision and potential of social media is still resoundingly positive – we just need to work out how to use it properly.

Here are some hard and fast rules for balancing social media with ‘real’ life:

Remember to use social media as a tool and not as a replacement for actual living. Enjoy it for what it is but never, ever think it is better than the real thing.

Have a good life.

9 Unique Ways Animals Catch Their PreyWhatever Happened To Megan Berwick, Z.Z. From 'Salute Your Shorts'?A Few Video Guaranteed To Put A Smile On Your Face12 Green Flags That Your Relationship Has Long-Term PotentialFarmers Stay Silent During Auction So Family Can Buy Back Their Farm