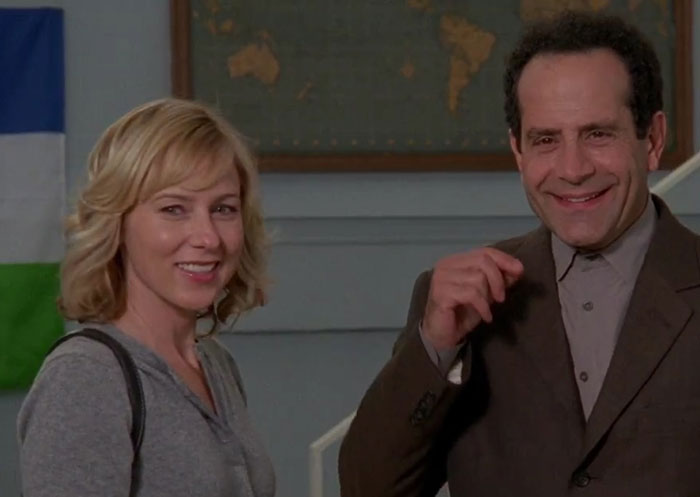 Traylor Elizabeth Howard is an American actress born in Orlando, Florida, on June 14th, 1966. She was born to Peggy and Robert Howard. Her father, Howard, was president of the Howard Fertilizer and Chemical Company.

Traylor is best known for her acting work in three television shows, Boston Common, Two Guys, a Girl and a Pizza Place and Monk, as well as the movie Me, Myself and Irene.

Traylor reveals that her name ‘Traylor’ was her mother’s maiden name and that in college her nickname was ‘Hitch’ or ‘Trash’.

Traylor Howard would attend Lake Highland Preparatory School in Orlando, Florida. She would later graduate from Florida State University with a degree in communications and advertising in 1984.

She moved out to Los Angeles to be with her boyfriend at the time, who was an aspiring actor and she picked up acting because she was getting bored of her advertising career and acting seemed more fun. 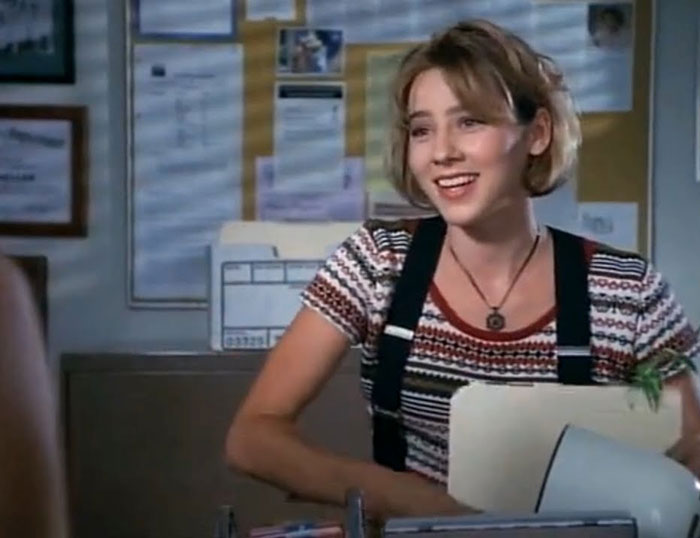 Traylor Howard’s first acting gig was in a series of commercials in 1994. These were ads for AT&T titled “You Will.” This iconic ad series would be directed by David Fincher and be narrated by Tom Selleck.

That same year, Trailer Howard would take a small role on Lois & Clark: The New Adventures of Superman. However, her big break would come with a run on the show Boston Common.

Traylor Howard is known for mostly television appearances; however, she was also in two popular comedy films. She had a role in the 1998 Norm MacDonald comedy Dirty Work and the 2000 Jim Carrey comedy Me, Myself, & Irene.

Despite these movies, however, she would mostly be known for Boston Common, Two Guys, a Girl and a Pizza Place, and Monk. 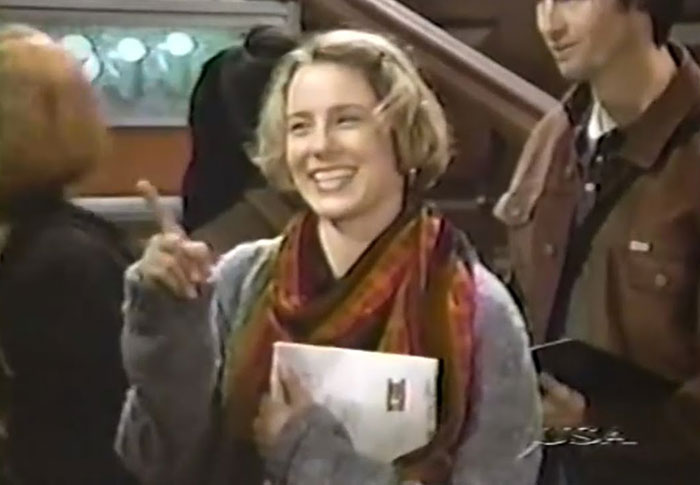 Traylor Howard would play the character of Joy Byrnes on Boston Common from 1996 to 1997. The show ran for two seasons across 32 episodes on NBC. Traylor’s character, Joy, was the love interest on Anthony Clark’s character, Boyd Pritchett.

Two Guys, a Girl and a Pizza Place 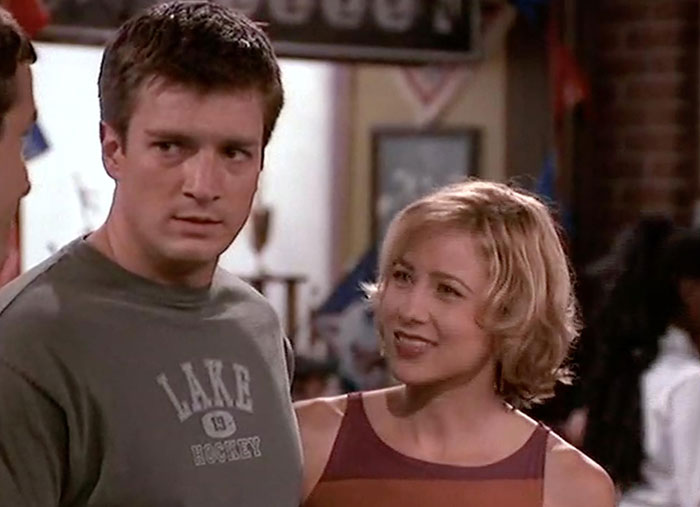 Following Boston Common, a couple of years later, Traylor Howard would join the show Two Guys, a Girl and a Pizza Place. The show rand for 81 episodes across four seasons and would take on a new name in season two of Two Guys and a Girl.

This ABC sitcom featured Ryan Renolds, Richard Ruccolo, and Traylor Howard. Traylor Howard would play the character of Sharon Carter, the girl of the title. The show revolved around college students, and Sharon played a popular student who would work as a spokesperson after graduation. 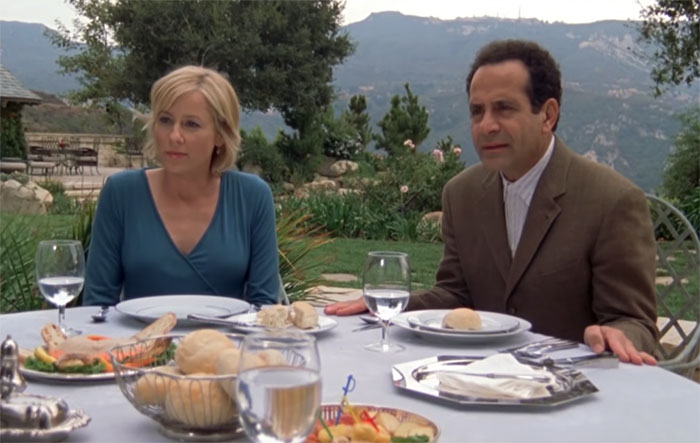 Traylor’s next significant role would be the character of Natalie Teeger on USA Network’s show Monk. Treeger would be the assistant to Adrian Monk, the detective lead of the show played by Tony Shalhoub.

Traylor would appear in a total of 87 episodes across five seasons. She joined the show midway into the third season.

How did Traylor Howard get the part Natalie Teeger?

Traylor mentions on a podcast that she got the role of Natalie with the aide of showrunner Randy Zisk, whom she worked with on Lois and Clark.

I went in because Randy Zisk, who I knew before he actually helped me with my first job. It was Lois and Clark. And I got like a little bit of a reel. But anyway, he helped me get that started. And then he called me in for Monk and I went in and auditioned. And it was nice because he didn’t beat around the bush, because I guess they liked what I did.

He handed me back then a DVD because he’s like, clearly, you have not seen the show because you’re announcing. I just mispronounced everyone and didn’t do it correctly. It’s like, you really need to go watch the thing and I was like, okay, right. And that credit to Randy Zisk, our showrunner and our kind of staple main director of the series to be savvy enough to be like, hey, trailer, we really like you. But it’s "Adrian Monk" and "Captain Staldemeyer".

I think a lot of people did auditioned for the show, and it’s just so nice to kind of know somebody and know that they like what you did. And it’s not like you have to wait to hear and go through all these channels. Like, he just handed it to me and I watched it and I was like, oh, it’s good. It’s really good.

What did Traylor Howard do after Monk?

Since Monk, Traylor Howard has taken on some more minor roles. Her last and most significant role was in a brief sketch for Peacock called “Monk in Quarantine.” Beyond that, she did a voice acting role in a short film, Simon Says Save The Climate, in 2016.

Why did she stop acting?

It is unknown why Traylor Howard has not had as many projects lately. It could be several things, such as the difficulty of women to land roles as they get older, to deciding she might better spend her time raising her kids.

What is Traylor doing now? 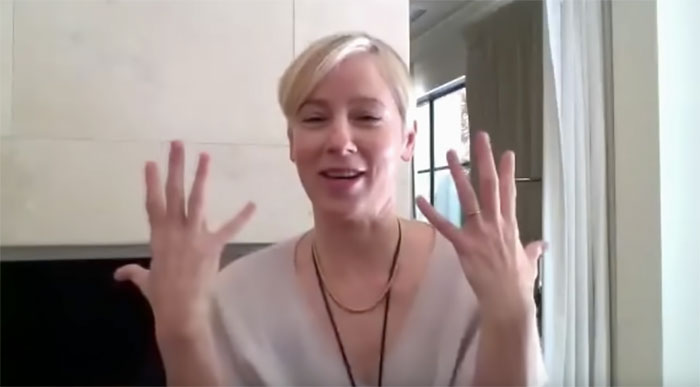 Traylor Howard has not been in any recent projects beyond a Monk sketch in 2020.

The 4 minute sketch done over Zoom, focuses on how Monk is adapting to covid pandemic. Needless to say, he is having a hard time adjusting, even going so far as social distancing 6 feet away on a Zoom call. 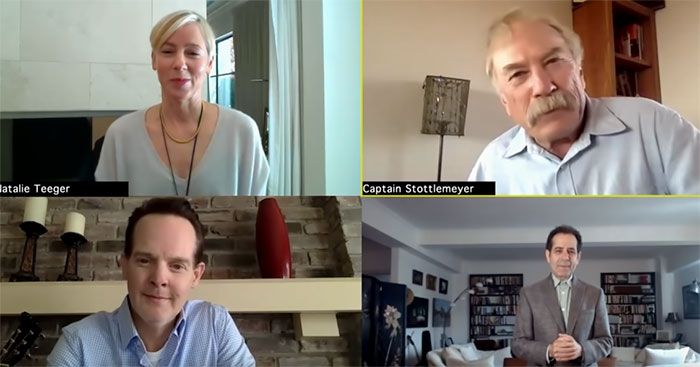 In May 2021 Traylor, appeard on the Randy Disher podcast to talk about her experience while working on the Monk television show.

Traylor had not but good things to say about her time working on the show and everyone that she worked with.

She mentioned on the podcast that she was retired from acting to focus on her family. When she was asked if she would un-retire, she reveals that she is open to it, if the right show came along.

Now people are like, how are you retired? I’m like, I don’t know. It’s like, I can’t. I made a choice, a family choice. But we worked at such a, you know, not to sound elitist, but like a high level. And I’ve always worked with such great people that I’d want to do that. So if it was something not that, I would just rather not.

Who is Traylor Howard married to? 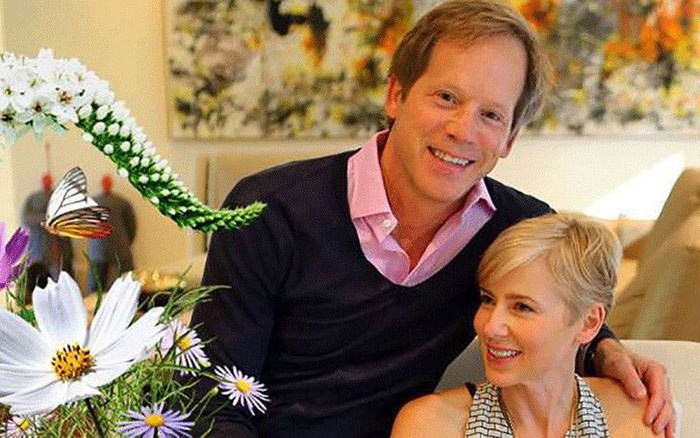 Traylor Howard has been married three times. The first marriage was with Cameron Hall. The two were married in February of 1991 but would divorce in March 1993.

The second marriage was to Christian Navarro. This marriage happened in April of 2003, but by 2006 the couple had divorced. Around this time, Traylor’s first son, Sabu, was born.

Traylor Howard married Jarel Portman early in 2011. They have had Traylor’s second son, Julien, since then. Jarel Portman born in 1962, is the CEO of JPX Works, a real estate development company.

Traylor Howard, now Traylor Portman, has had two children. Sabu and Julien. Traylor has been interviewed many times regarding the topic of being a modern mom.

Traylor Howard is not associated with actor and director Ron Howard despite their similar surnames.