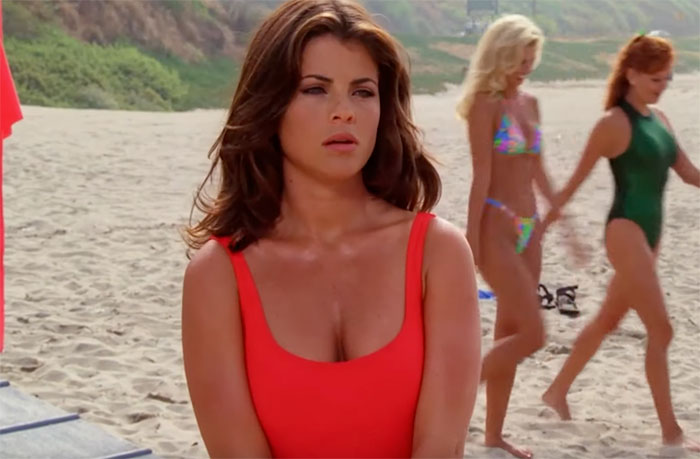 Born on June 14th, 1968, in New York City, New York, Yasmine Amanda Bleeth is an American actress and model who retired in 2003. In the mid-1990s, she was considered a sex symbol and a significant figure across several television shows at the height of her career. 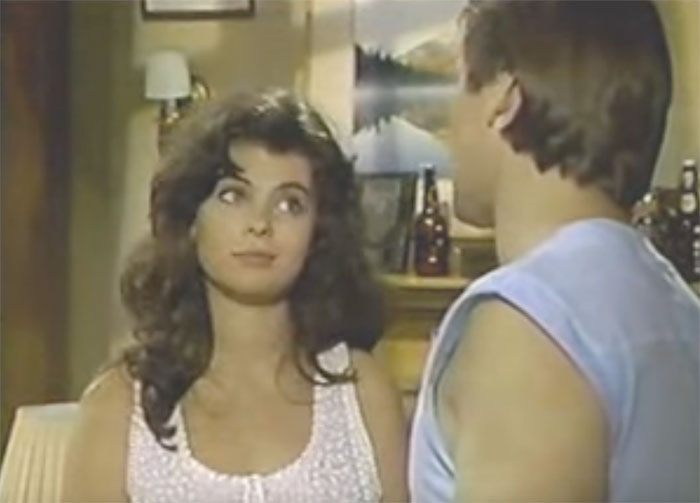 Yasmine Bleeth’s first role was at ten months old in a Johnson & Johnson No More Tears baby shampoo commercial in 1969. Later at 6-years-old, she appeared on the television show Candid Camera. That same year, a publisher included her and her mother in a book by fashion photographer Francesco Svavullo. However, this early work wouldn’t necessarily count as her first acting role.

That first role came in 1980 when she was 12-years-old, starring opposite Buddy Hackett in the movie Hey Babe! She would take on a few other rules until tragedy resulted in her leaving the film industry for a few months: Bleeth would lose her mother to breast cancer. However, she would return to acting in the role of LeeAnn Demerest on One Life to Live, and then later, her most influential role as Caroline Holden on Baywatch.

Who did Yasmine Bleeth play on Baywatch? 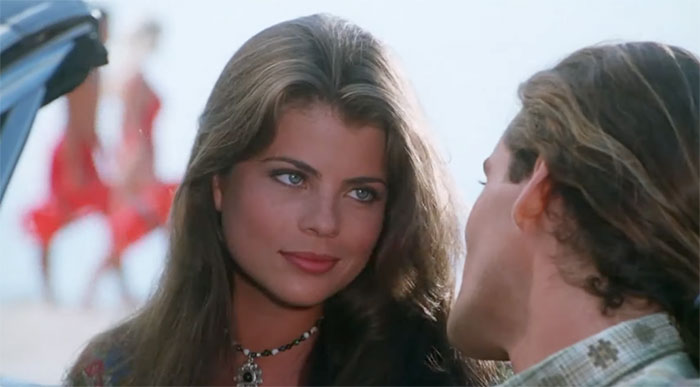 Yasmine Bleeth played the character of Caroline Holden in Baywatch from 1993 to 1997. She was introduced as the sister of Alexandra Paul’s character Stephanie Holden. Caroline was new to life guarding but would train hard alongside her sister to become a reliable lifeguard on the show and was close friends with C.J., a fellow lifeguard. Caroline could sometimes be a little stubborn and self-centered but would ultimately come to the aid of friends and loved ones throughout the series.

Yasmine’s character, Caroline, was only set to appear in one episode but was so popular she would return for an additional 50 episodes.

What were Yasmine Bleeth’s measurements on Baywatch? 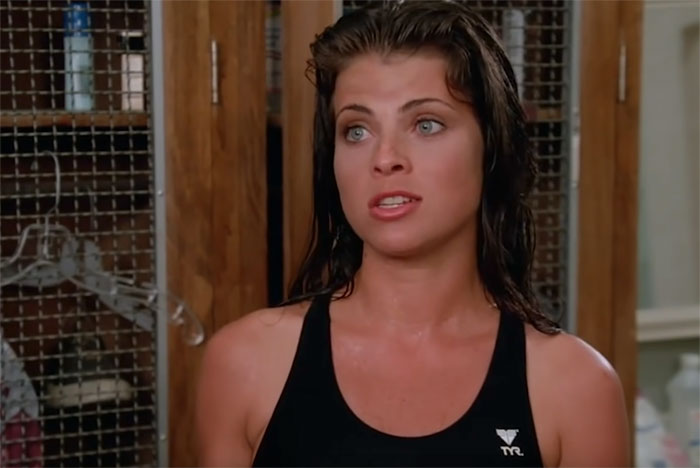 Yasmine Bleeth was one of several beautiful and iconic women on the show Baywatch. Because of this, her measurements at the time of the series are recorded as the girls of Baywatch were renowned for certain bodily assets.

During her run on Baywatch, Yasmine Bleeth measured in at 5’5" in height and around 118 to 123 lbs in weight.

Alexandra Paul, who played Stephanie Holden, the younger sister of Bleeth’s Caroline Holden, measured in at 5’10" and 124 to 133 lbs in weight.

Why was she fired from Baywatch?

Baywatch producer, Douglas Schwartz, said Yasmine was fired from the show because of her drug abuse problems.

"We were dealing with Yasmine not showing up and having difficulties, again with men. That’s why we let Yasmine go off the show: because it was too difficult to deal with her after a while.”

How was her character written off the show?

Caroline would leave Baywatch for a time in season eight to pursue acting in New York. She would deal with the fallout of the death of her sister, Stephanie, but find solace in landing a role in the shows Shannon’s Hope. She would return to Baywatch again for a few weeks while her show was on hiatus but ultimately leave again. 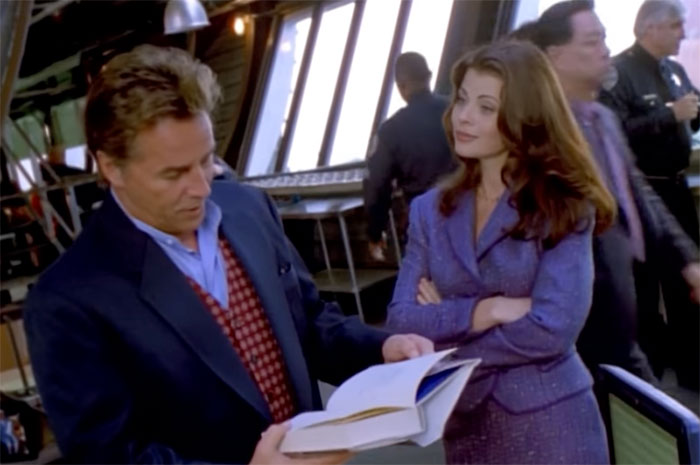 Yasmine Bleeth’s career appeared strong following Baywatch, appearing in movies and later taking roles in the shows Nash Bridges from 1998  to 2000 and Titans from 2000 to 2001. However, issues with drugs and drug rehabilitation derailed a promising career.

Unfortunately, as Bleeth’s career began to take off in the mid-90s, she also battled a severe cocaine addiction. In a 2003 interview with Glamour, she revealed that her addiction was triggered by a turbulent relationship with her then-boyfriend Richard Grieco. By 1999 cocaine usage had taken a severe toll on her.

She had not only fought off a potentially deadly infection resulting from heavy cocaine usage but also did a stint in rehab. That did not take, and she was later arrested in Michigan on September 12, 2001, after driving her car off a highway. She would go on probation for two years, including community service as part of her sentencing. Since then, she has seemed to keep herself clean with her current husband.

In recent year, Yasmine has maintained a very low profile, shying away from the camera and social media and doing her best to stay clean off drugs.

Yasmine has maintained such a low profile that she has only been publicly photographed a few times in the last two decades.

The first time was in 2015 when she made an appearance at the 55th annual Penguin Plunge. The second time was less than flattering in 2020, when she was photographed taking her dog for a walk.

Her last TV credit was in 2003’s Baywatch: Hawaiian Wedding. However it seems that she is ready to give Hollywood another shot as she is staring in recently announced, Beautiful Evil, a small budget horror movie production.

Who did she date in the past?

Yasmine Bleeth has been linked to Steve Guttenberg, David Charvet, Matthew Perry, Luke Perry, and Grant Show. She was engaged with Richard Grieco from 1998 to 2000. Before her relationship with Grieco, she was with Ricky Paull Goldin.

She would later meet Paule Cerrito in the early 2000s. 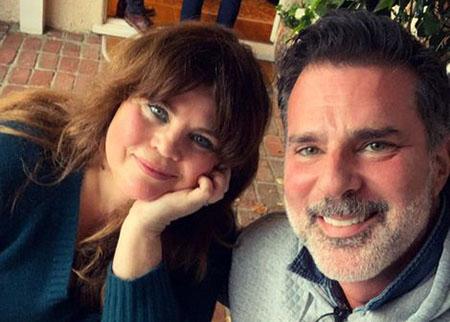 Yasmine Bleeth would marry Paul Cerrito on August 25th, 2002. They have been together since. The pair first met at a rehabilitation center, and fans can say that Paul has helped Yasmine fight addiction, even after a dangerous relapse and arrest.

Paul Cerrito was born July 14th, 1970. His parents are Paul Cerrito, Sr., and Victoria Cerrito. Paul Cerrito is an entrepreneur and business owner, though the only business known to the public is a strip club.

Does Yasmine Bleeth have kids?

Yasmine Bleeth and Paul Cerrito do not have children.