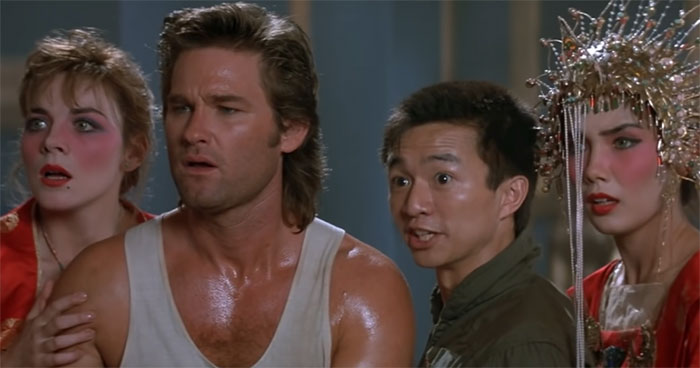 Although the film didn’t meet commercial expectations there were many redeeming qualities and it became quite the cult classic.

The film debuted July 1, 1986 in 1,053 theaters across the country bringing in a humble $11.1 Million of its’ $25 Million budget. It received a 7/10 rating on Rotten Tomatoes with an overall review stating “Big Trouble in Little China rises to meet our elevated expectations; fast, chaotic and inventive, its yet another Carpenter film that really deserved more than it got from audiences at the time…” If you’re into magic, martial arts, or the work of John Carpenter, this is the picture for you.

As is often the case, the cast of Big Trouble in Little China’s diverse cast went on to lead successful and impressive careers. So, where are they now? 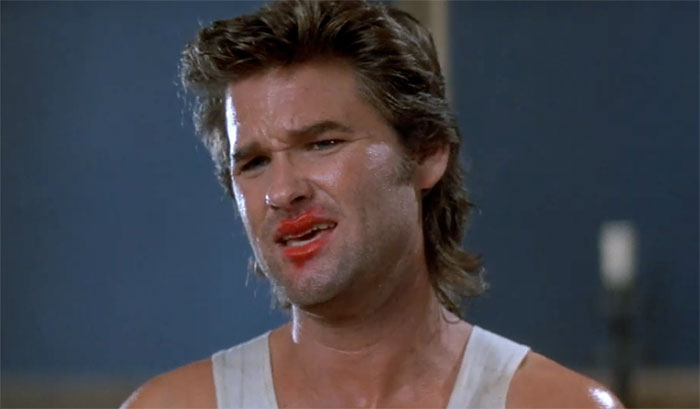 Kurt Vogel Russell was born March 17, 1951. He began his credited acting career at the young age of 12, starring in the western television series The Travels of Jamie McPheeters. Having starred in at least 65 films throughout his profession, he is best known for his action dramas.

Russell wed actress Season Hubley, whom he met while filming Elvis, in 1979. They had one son, named Boston, in February of 1980. Once he and Hubley divorced in 1983, Russell met Goldie Hawn, who would later become his wife. They have appeared in several movies together over the years including Overboard and Swing Shift. The pair have one son, Wyatt, born July of 1986 and remain together to this day, although they never married. 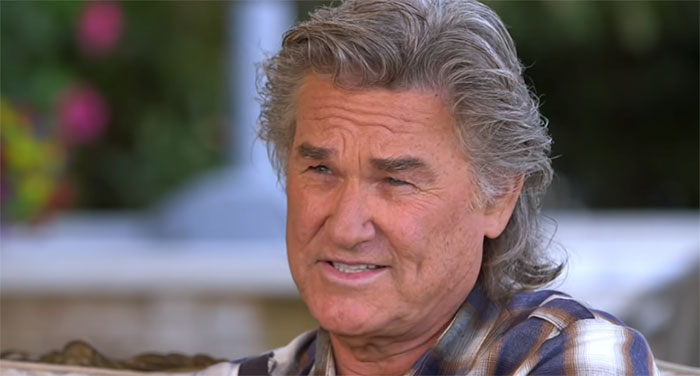 Mr. Russell is respected as one of Hollywood’s most notable stars and although he continues to work on smaller projects, has decided to take a step back from the spotlight to focus on family in the recent years. 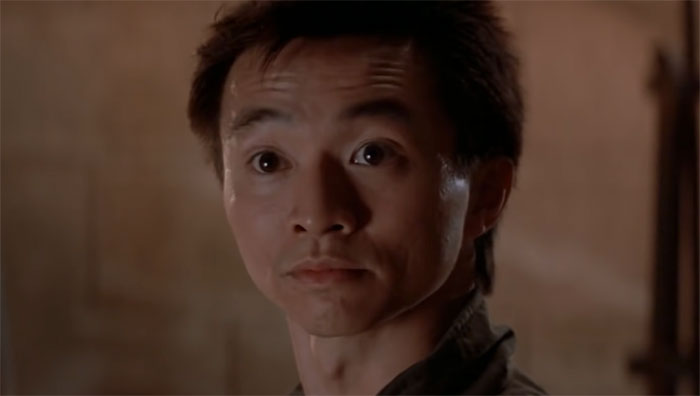 Dennis Dun is from Stockton, California. He began acting at the Asian-American Theatre Company in San Francisco and has had prominent roles in successful films such as Year of the Dragon, and of course, Big Trouble in Little China.

After playing the role of Wang Chi in the 1986 film, a newly engaged restaurant owner whose fiancé is kidnapped by a Chinatown crime lord, Dun has appeared in multiple Asian-American productions.

Considering he worked so well with producer John Carpenter in Big Trouble in Little China, the two paired up again in 1987 to create the horror film Prince of Darkness and later, The Last Emperor as Big Li.

Mr. Dunn is still performing today. However, he doesn’t do many series or films. He has found himself at home performing live in the Los. Angeles theatre scene. 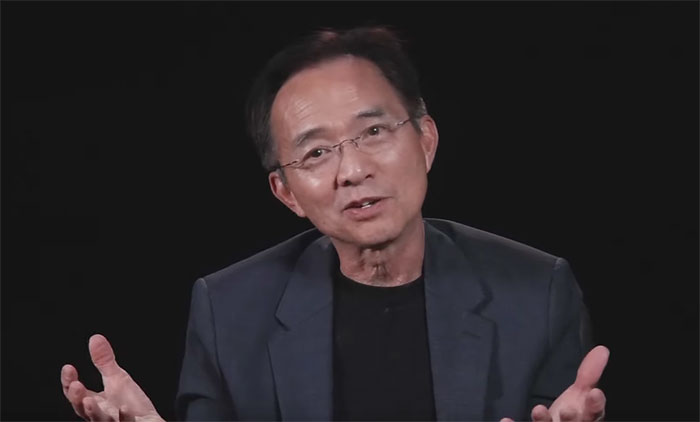 His most recent work is a fantasy comedy by the name of King of the Yees. The play, written by Lauren Yee, navigates the generational divide found within San. Francisco’s Chinatown.

Unfortunately, we do not have much information regarding Dun’s personal life. Over the years it has come to light that he is married to a former actress but the two do not have children. We commend and respect the actor’s wish to keep his private life…private. 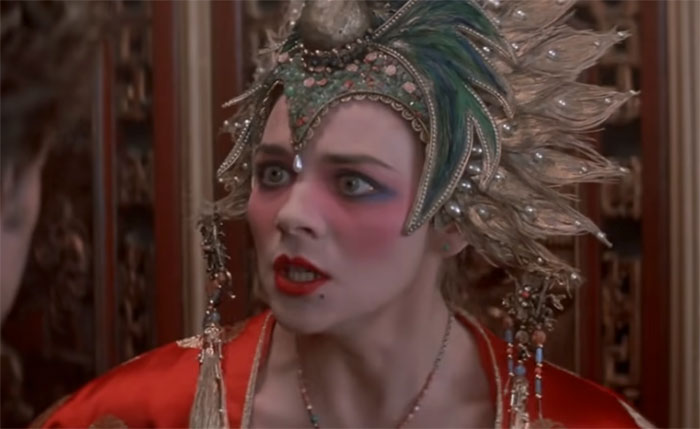 In Big Trouble in Little China, Kim plays Gracie Law, a Chinatown lawyer with a rebellious reputation. She is also the brief love interest of Jack Burton, although he ultimately leaves her behind at the end of the film.

At 66 years old, Cattrall is best known for her role as Samantha Jones in the Sex and the City series. She has been married three different times. The first marriage, to Larry Davis, ended in an annulment in 1979. She married Andre J. Larson in 1982 and the pair remained unified for seven years. 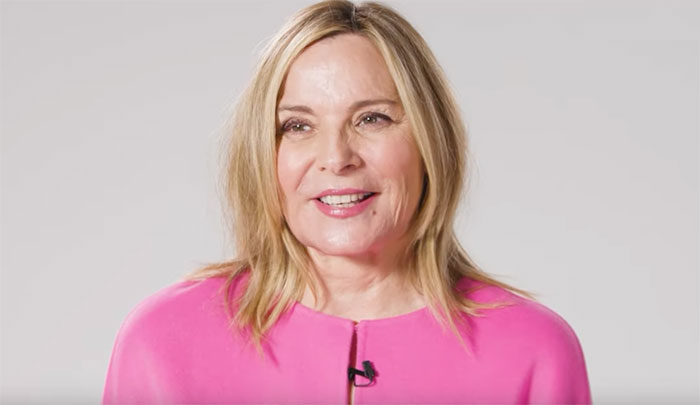 From 1998 to 2004, Cattrell was married to American audio equipment designer Mark Levinson. The couple co-wrote the book Satisfaction: The Art of Female Orgasm in 2002. 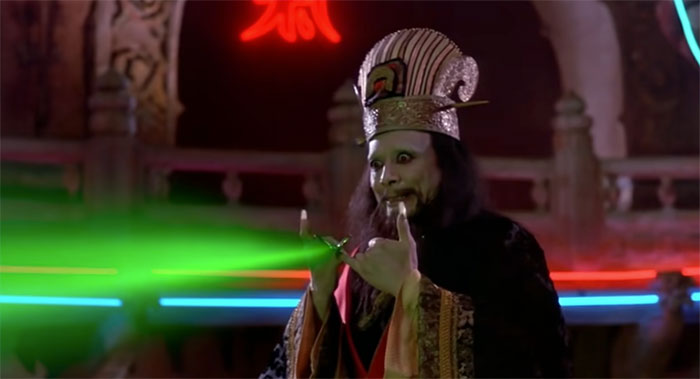 Hong is a legendary Hollywood actor. He has performed in a parade of East-Asian films since the 1950’s and was inducted into the Asian Hall of Fame in November of 2020.

Fellow actor Daniel Dae Kim started a petition and GoFundMe to get Hong a star on the Hollywood Walk of Fame in 2020. Following the Walk of Fame induction, he received a star alongside Carrie Fisher and Michael B. Jordan. 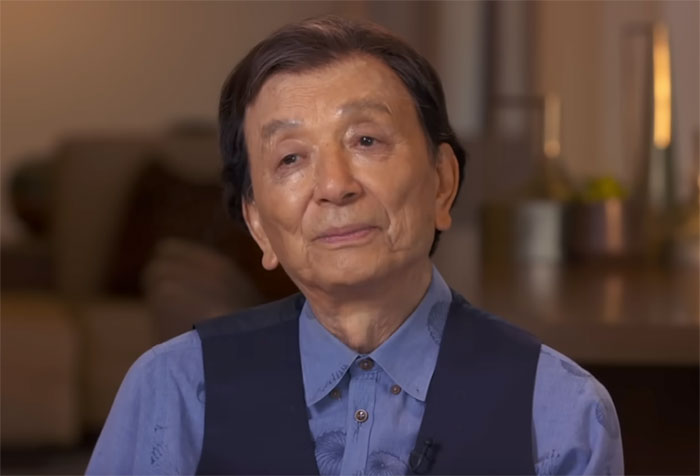 After 60 years in the industry, he is still crushing it. His most recent movie was in ‘Everything Everywhere All At Once’, where he played the role of ‘Gong Gong’. Hong resides in Los. Angeles with his wife of nearly 50 years, Susan. The have one daughter named April, born in 1978. 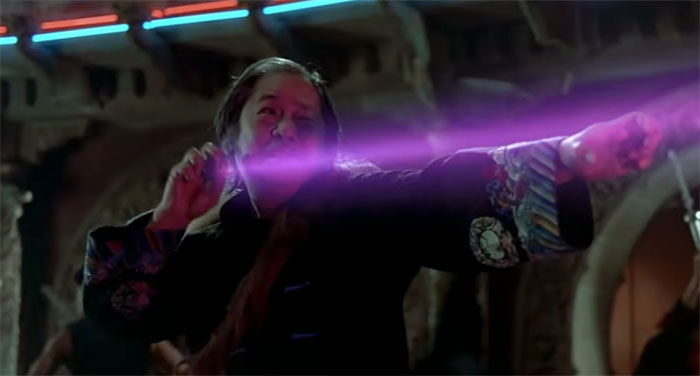 Victor Wong was born to Chinese parents in San Francisco, California. He was the eldest of five and fluent in English and Cantonese. His career began in journalism and continued onto stage work.

This later led to television work and eventually, the big screen. Mr. Wong’s most prominent role was arguably his take on the wise grandpa in 3 Ninjas and at 59 years of age, he starred as Egg Shen in Big Trouble in Little China.

He was married four times and fathered five children. In 1998, his son (Lyon) died after being attacked late at night in Sacramento.

Mr. Wong retired from movies after suffering two strokes in 1998. Many believe that his first stroke was a result of the loss of his son as it occurred following the family service. Unfortunately, Wong died of a heart attack on September 12, 2001 at the age of 74. 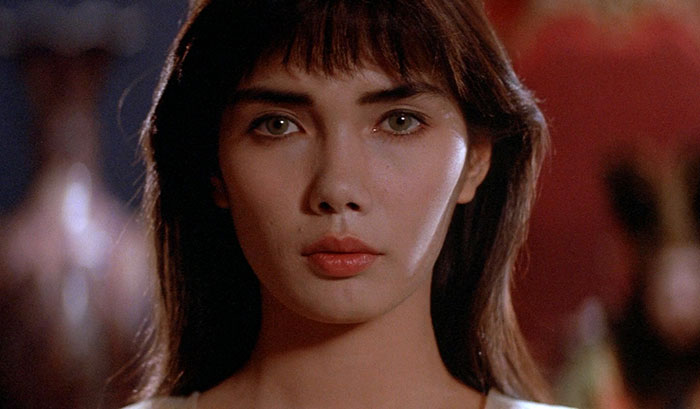 Sue Francis Pai (Suzee) was born on August 8, 1962 in Toledo, Ohio. She worked as a New York City fashion model for many years and also starred in several feature films and shows including Big Trouble in Little China in 1986. She played the green-eyed knockout Miao Yin, kidnapped by the evil Lo Pan and later rescued. 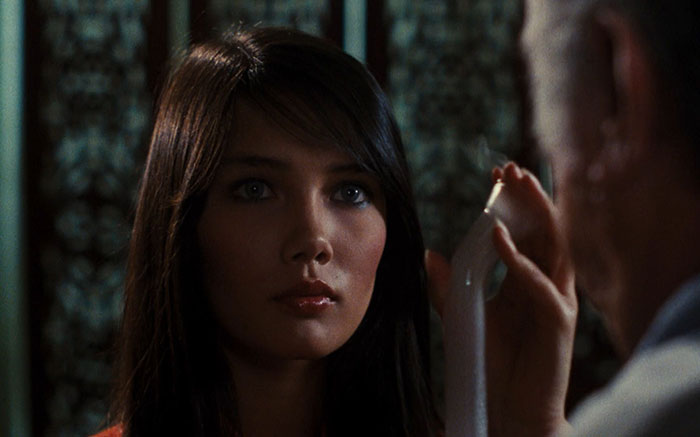 Suzee wrapped up her acting career in the 1990’s and there is little to no information about her life since. Her last credited role was in 1993 on the set of Detective Extralarge, an Italian comedy series. 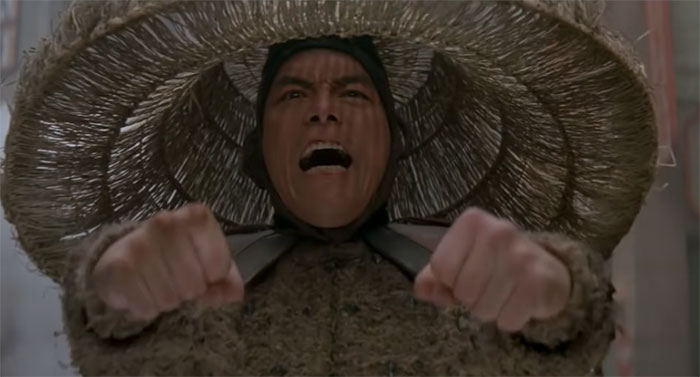 In 1986, the same year that he won the title Muy Thai Champion of the World, he starred as Thunder. Thunder was one of the three storms in the cast: Rain, Thunder and Lightning. They each possess control over atmospheric phenomena and are fought throughout the movie by the film’s heroes, Jack Burton and Wang Chi. 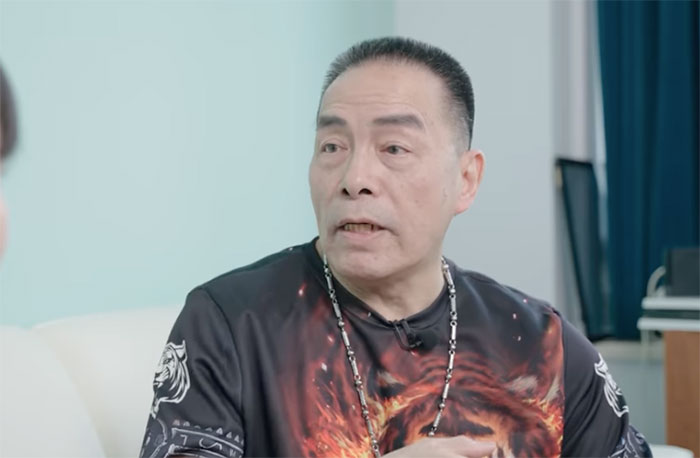 He has been featured in nearly 70 martial art films and is one of the few people able to claim that they helped to train Matt Damon and William Shatner. 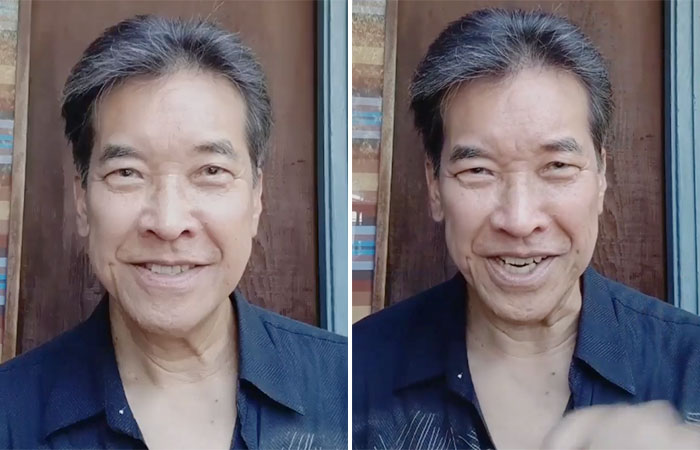 Nonetheless, he has appeared in several Indie pictures throughout the years as well as TV Series such as My Wife and Kids, and General Hospital. He passed away in Manhattan in March of 2017. His wife, Dusanka Miscevic, reported a heart attack as the cause of death. 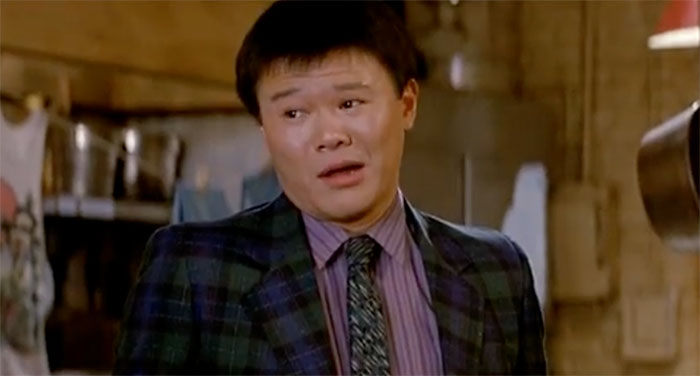 Mr. Li was born in Hong Kong in 1961. He is known for his role in BTLC, The Avengers, and U.S Marshalls. Mr. Li studied in the advanced training program at the American Conservatory Theater. 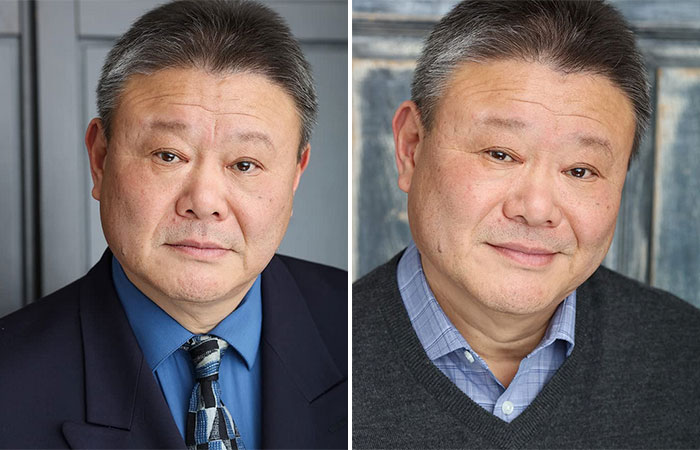 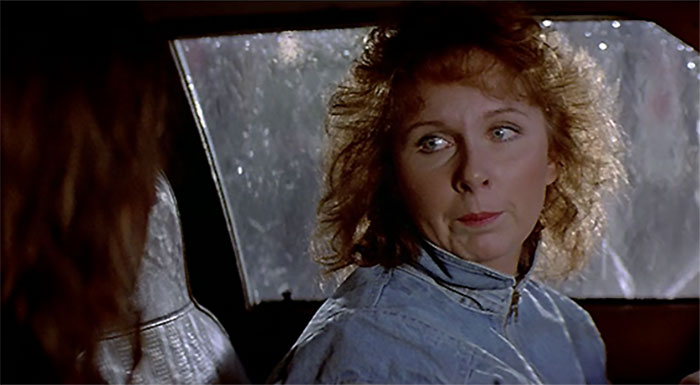 Kate Burton is the daughter of Welsh actor and actress Richard Burton and Sybil Williams. She graduated in 1979 from Brown University with a degree in Russian Studies and European History. She served on the student-led theatre group and went on to pursue a Masters at Yale Drama School.

Kate Burton married Michael Ritchie in 1985 and they have two children together.

She has been nominated for three Primetime Emmy Awards and three Tony Awards. Kate played “Margo” in BTLC and although she has had many theatre performances and big screen appearances, she remains the most productive on television. 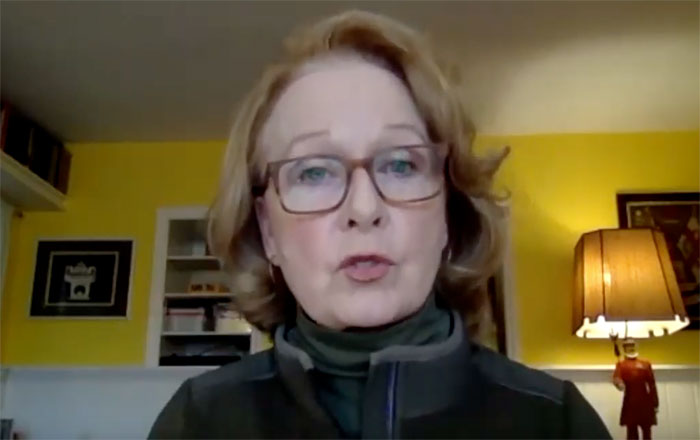 Her most recognized role would be that of Ellis Grey, the former world-class, award winning surgeon and mother of Meredith Grey on Grey’s Anatomy.

Since 2012, Burton plays the recurring role of Vice President Sally Langston in the hit show Scandal on ABC for which she received yet another Emmy nomination. 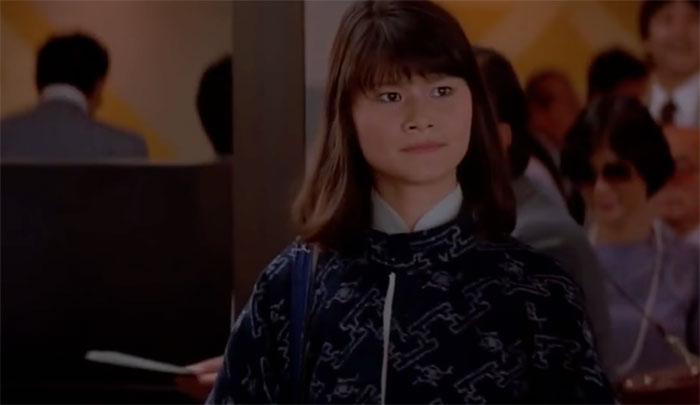