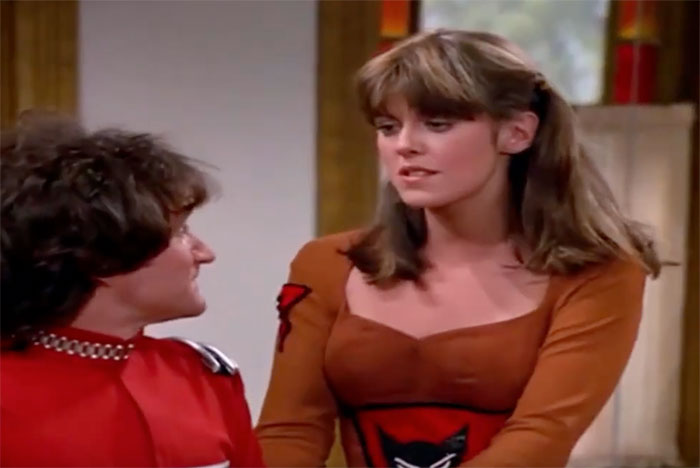 Pam Dawber is an American actress and model best known for her roles as Mindy McConnell on sitcom Mork & Mindy between 1978 and 1982 and as Samantha Russell on My Sister Sam between 1986 and 1988.

Dawber was born on October 9, 1951 in Detroit, Michigan. She graduated from North Farmington High School and continued her academics at Oakland Community College with the intention of transferring to a four-year program after getting her grades up.

Dawber simultaneously began modeling on the side, but it quickly became her full-time focus and she dropped out of OCC before completing her curriculum.

After dropping out of college, Dawber moved to New York City and became a fashion model for Wilhelmina Model before focusing on her acting. Once she began to pursue acting, she first appeared in TV commercials for brands like Fotomat, Noxzema, Neet, and Underalls.

In 1977, Dawber screen-tested for the role of Tabitha for a spin-off of Bewitched, but the role went to Lisa Hartman instead. Nonetheless, ABC executives were impressed with her performance and placed her in a “talent development” program that kept tabs on impressive prospects until suitable roles opened up.

It was while in this program that Mork & Mindy creator Garry K. Marshall found Dawber and cast her for the lead role on the series. 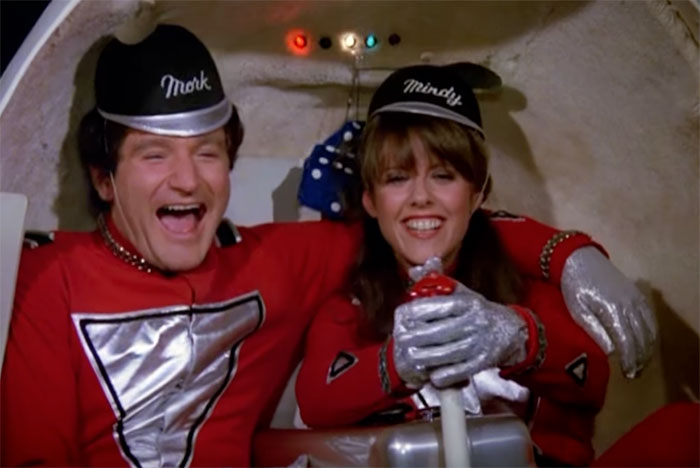 In 1978, Dawber was cast as Minday McConnell on ABC sitcom Mork & Mindy alongside the legendary comic Robin Williams.

The show followed Robin Williams’ Mork, an alien from outer space, as he learned about our world from his roommate and eventual love interest, Pam Dawber’s Mindy.

Dawber thoroughly enjoyed her time working alongside Robin Williams despite his unruly and borderline inappropriate conduct on the set. According to Dawber, “I was flashed, humped, bumped, grabbed…but it was so much fun!”

In 1985, Dawber appeared on one episode of The Twilight Zone as Karen Billings during a segment called “But Can She Type?” 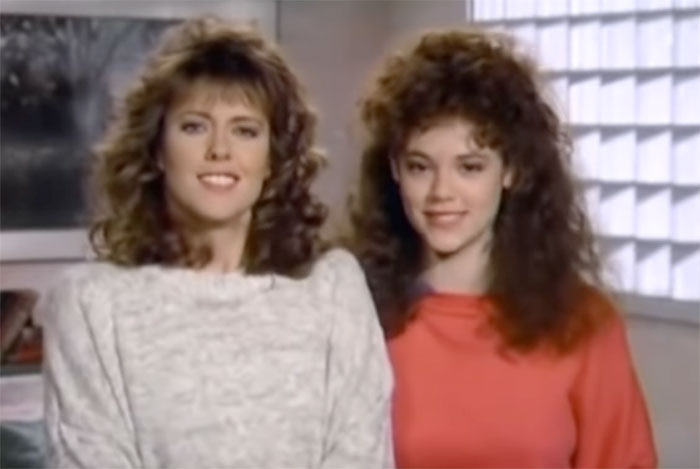 Dawber landed another main cast role as Samantha Russell on the CBS sitcom My Sister Sam alongside Rebecca Schaeffer.

The show ran from 1986 to 1988 but struggled with low ratings that led to eventually being canceled in its second season. Twelve episodes in season two would remain unaired following the cancellation.

In 1992, Dawber starred alongside John Ritter, Jeffrey Jones, and Eugene Levy in a fantasy comedy film called Stay Tuned. I

n the movie, Ritter and Dawber are married and are tricked into purchasing a new “high-tech satellite dish” which causes their TV to suck them into another world and task them with surviving for 24 hours to be released.

The film received mixed reviews and grossed approximately $12 million at the box office. 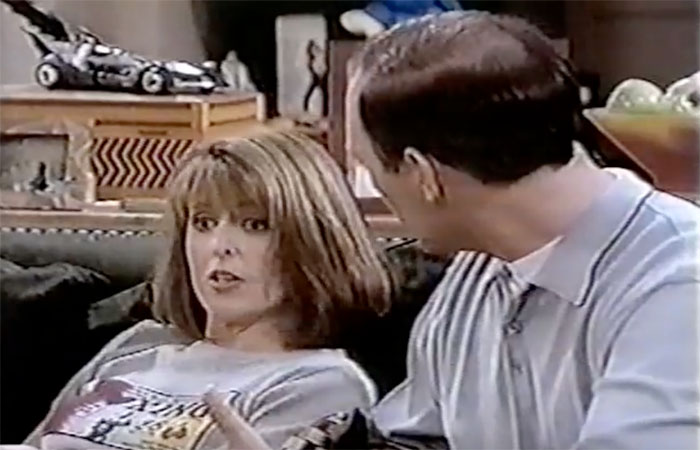 In 1997, Dawber starred opposite Rick Reynolds on CBS sitcom Life…And Stuff about an ad executive, played by Reynolds, his family, and his life problems. The show was not well-received and canceled almost immediately. Of the six episodes filmed, three remained unaired.

Around this time, Dawber had begun some voice acting including roles on Aaahh!!! Real Monsters and Men in Black: The Series. In 1997, Dawber landed the voice acting role on ABC-Disney’s animated TV series 101 Dalmatians: The Series.

Dawber voiced Perdita, the main female lead and mother to the puppies. Of the show’s 65 episodes, Dawber’s character appeared in 20 of them, as the central action revolved around the puppies themselves. 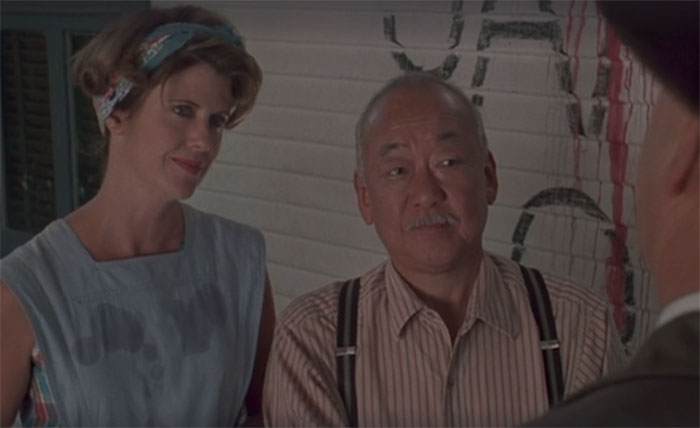 The movie focused on four children during the World War II era who capture and contain a Japanese soldier who washes ashore in their Pacific Coast community.

The film would mark Dawber’s last acting appearance before going on hiatus.

Why did Pam Dawber quit acting? 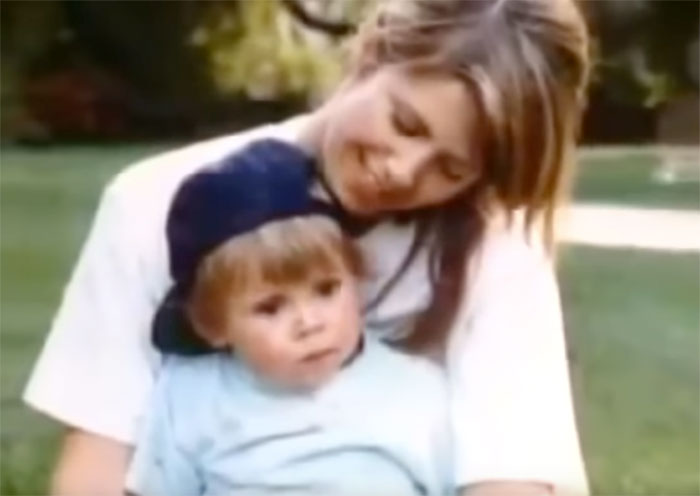 While Dawber acted intermittently during that time, she only acted in limited capacity so she could focus most of her efforts on raising her children.

After her appearance in 1999’s I’ll Remember April, Dawber went on an indefinite hiatus and considered quitting acting for good in order to be a more available mother for her children.

She mentions in an interview that she wanted to do all the things a mother does.

"I want to drive my kids to school. I wanted to you know, be there for the for their birthdays and bringing cupcakes and doughnuts and do the school festivals and all that and I did." 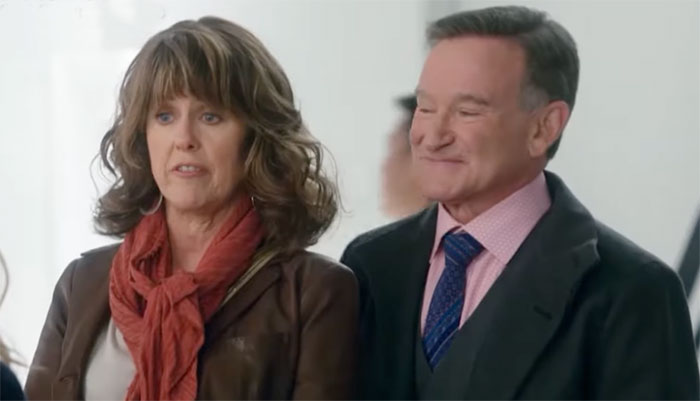 In 2014, CBS was airing a sitcom called The Crazy Ones, which featured Robin Williams portraying a Chicago-based advertising executive and his daughter, Sarah Michelle Gellar. Dawber received a call from one of the producers asking if she’d like to appear a guest on the show.

Dawber was delighted to reunite with her former Mork & Mindy co-star, and so she appeared on a single episode of The Crazy Ones in 2014 in an episode called “Love Sucks”.

The two had immediate chemistry on set and it seemed as though no time had passed at all since their last meeting.

Unfortunately, it would only be four months later the famous actor committed suicide.

Dawber was devastated regarding Williams’ passing and found it difficult to accept.

“I just think everybody is still so shocked to see him in these things and he’s so joyous…and I think that especially everybody who knew him still can’t figure out what happened.”

What is Pam Dawber doing now? 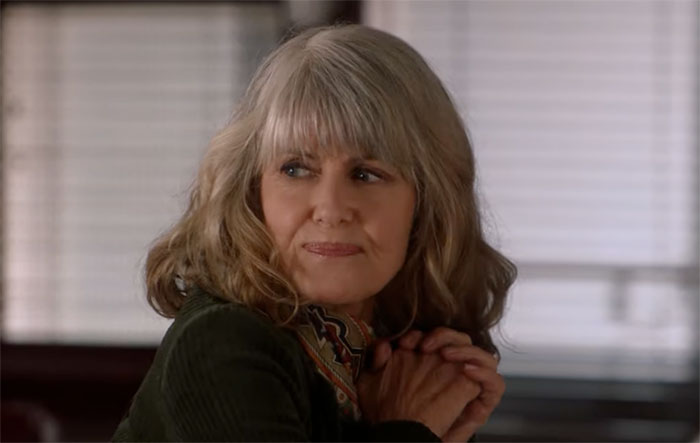 Dawber remained officially retired from acting up until 2021 when she finally agreed to appear alongside her husband, Mark Harmon, on NCIS.

While Dawber’s husband enjoyed a lead role on CBS’s NCIS from 2003-2021, it took all the way until 2021 for the producers to finally get Dawber to agree to appear as Marcie Warren, an investigative journalist, in seven episodes of seasons 18 and 19.

Dawber couldn’t resist the role that was written for her, and told producers that she would have no interest in portraying a love interest. Since they created a role with more depth, Dawber happily agreed and appeared in 2021.

Unfortunately for fans, Dawber departed the show before long, but the showrunners scripted an interaction where another character mistakenly calls her by the name “Mindy” as a nod to her original series Mork & Mindy.

While fans were disappointed to see her depart, they found the reference clever and funny. 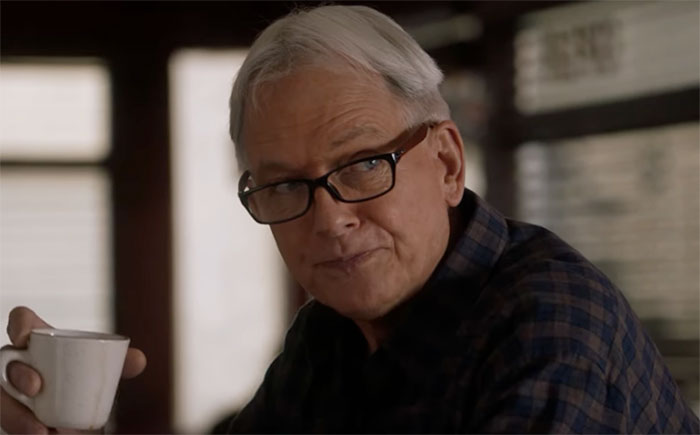 Dawber married fellow actor Mark Harmon in 1987 and the two had two children, Sean and Ty. Both children, now grown, work in the industry with Sean as an actor and producer while Ty became a screenwriter instead.

Although Pam Dawber and Robin Williams had electric chemistry on the set of Mork & Mindy, the two never dated and Dawber regarded him more as a brother figure in her life.