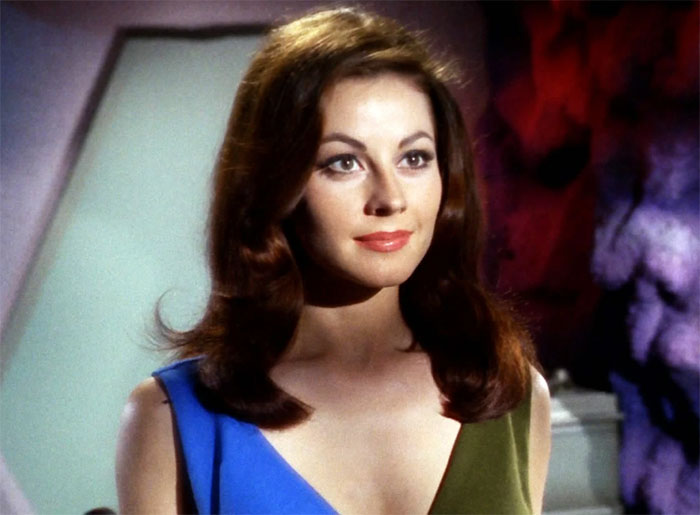 Sherry Jackson is an American actress who has had a prodigious career in Hollywood and is perhaps best known for her time as a child star and as the android ‘Andrea’ on Star Trek.

She got her start on the screen at the age of seven, and just a few years later began starring on the sitcom Make Room For Daddy (which would later be known as The Danny Thomas Show).

Despite her beginnings as a child star however, Sherry Jackson ultimately enjoyed a long career, acting well into adulthood.

Sherry Jackson was born in early 1942 in Wendell, Idaho. She was one of four children (but the only daughter) born to Curtis Jackson, Sr. and Maurita Kathleen Gilbert. When she was only six years old however, Sherry’s father passed away –– leading her mother to relocate the family. Maurita and her four children made their way to Los Angeles, California, where Sherry would spend the remainder of her childhood.

Even before moving to Los Angeles, a young Sherry Jackson had taken an interest in the performing arts. It is well known that her mother taught all of the children how to sing and dance, and even provided some education in drama.

Upon moving to LA however, Sherry got an early break.

There are actually different versions of the story regarding how she got that break. One account suggests that a bus drive in LA referred the family to an agent. The more common (and perhaps more likely) account, however is that an agent simply took notice of a young Sherry while she and her mother were out and about (either waiting for a bus or having ice cream –– or both).

Whatever the case, young Sherry Jackson started auditioning and screen testing, and was soon debuting in film. 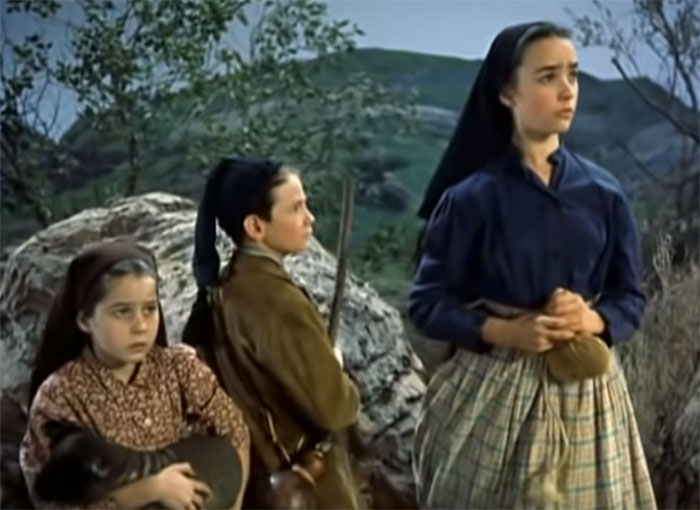 Once she’d been discovered, Jackson was on a fast track toward real roles. By the age of seven, she was appearing –– albeit in an uncredited rule –– in the 1949 musical You’re My Everything. Over the course of the next four years, she appeared in more than 20 additional projects, typically in brief and/or uncredited roles. These projects included 1950’s The Breaking Point (starring John Garfield and Patricia Neal); Lorna Doone in 1951; and The Roy Rogers Show on television in 1952.

It was around 1953, however, when Sherry Jackson began to play more prominent roles in films –– beginning with the comedic drama Trouble Along The Way.

Trouble Along The Way 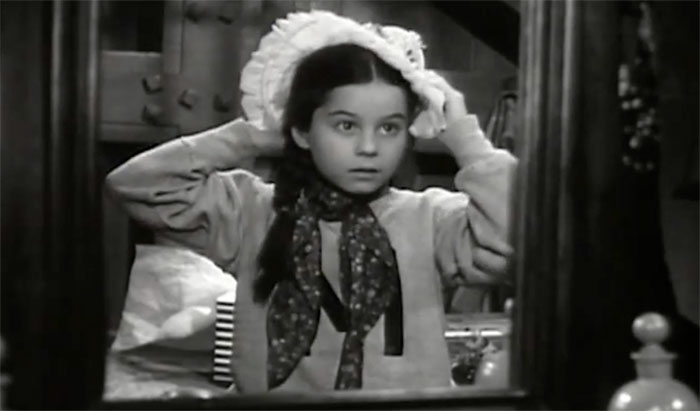 This 1953 dramedy starred John Wayne as Steve Williams, a successful football coach brought into a Catholic school in order to establish its football program –– and thereby make money and save the institution.

The coach’s personal motivation in the film, however, is to prove himself a fitting father to his 11-year-old daughter Carole, played by Sherry Jackson.

Like most any John Wayne film, the lead is the true star and gravity of the film, but Jackson was in some ways the heart of the project. 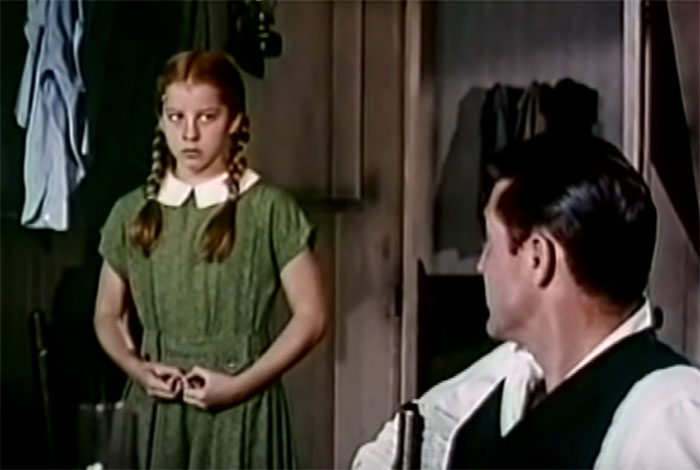 Come Next Spring is a 1956 film that was written by one Montgomery Pittman –– a successful screenwriter who by then had married Sherry Jackson’s mother Maurita.

The film is a drama about an alcoholic named Matt Ballot (Steve Cochran) returning to his family and hometown to get his life back on track.

Within this story however, Pittman wrote a part specifically for his stepdaughter, Sherry Jackson. She played Matt Ballot’s mute daughter Annie. 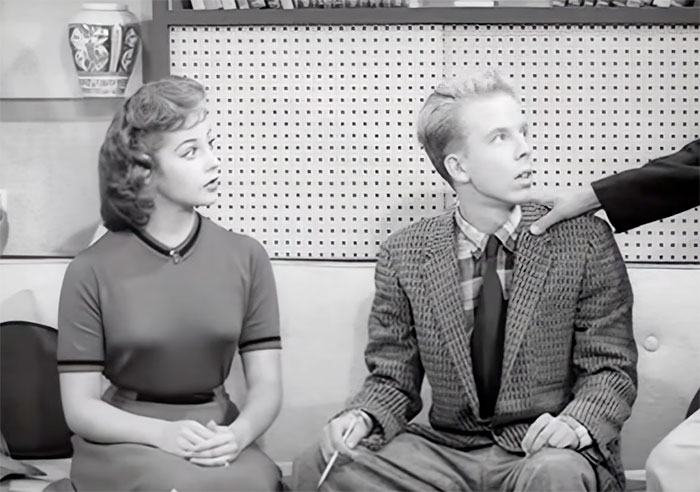 Originally conceptualized as Here Comes Daddy, and later titled Make Room For Daddy for a time, The Danny Thomas  Show was a comedy sitcom that ran from 1957 to 1964. It revolved around the career of Danny Williams (Danny Thomas), a musician and entertainer at the famous Copacabana in New York City –– as well as his home and family life. The general premise was that as Williams pursued success in his career, his wife was left with most of the management of the home and children.

Those children included daughter Terry Williams, who was played by Sherry Jackson from 1953 to 1958. Jackson was arguably the soul of the series, winning over viewers and even earning a star on the Hollywood Walk of Fame for her work. Following the expiration of her original five-year contract, however, Jackson departed the show at the outset of season six. The pace of TV had been exhausting, and her on-screen mother, Jean Hagen, had already left the production. Jackson was replaced by Penney Parker, who took on the role of Terry for 14 episodes.

Sherry Jackson later reprised the role ever so briefly in the short-lived sequel, Make Room For Granddaddy. 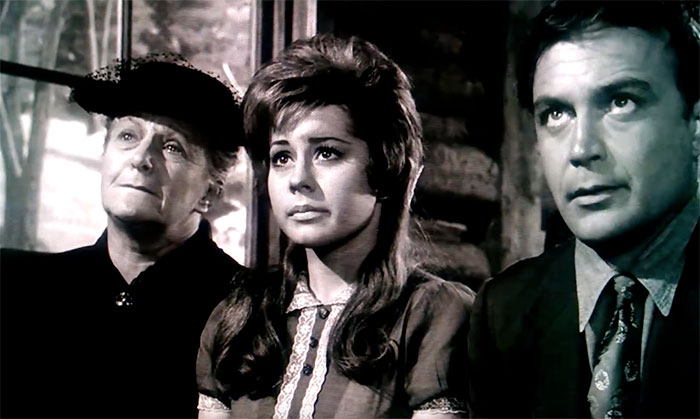 While Jackson’s work on The Danny Thomas Show has defined her career, she did have subsequent standout roles. One was a brief appearance on The Twilight Zone TV series.

Jackson played a character named Comfort Gatewood in a 1962 episode titled “The Last Rites Of Jeff Myrtlebank.” Comfort was the girlfriend of Jeff Myrtlebank (James Best) –– a man who wakes up at his own funeral at the outset of the episode. 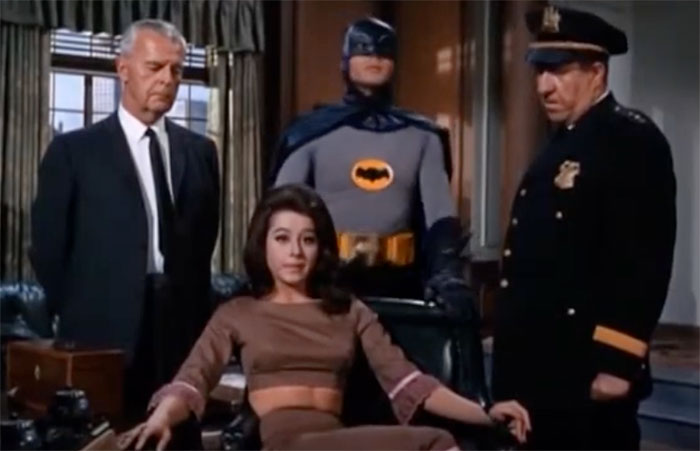 Sherry Jackson also appeared in two episodes of the Batman TV series in 1966. Specifically, she starred in “The Riddler’s False Notion” and “Death In Slow Motion” as Pauline –– a former actress turned alluring henchwoman of The Riddler. 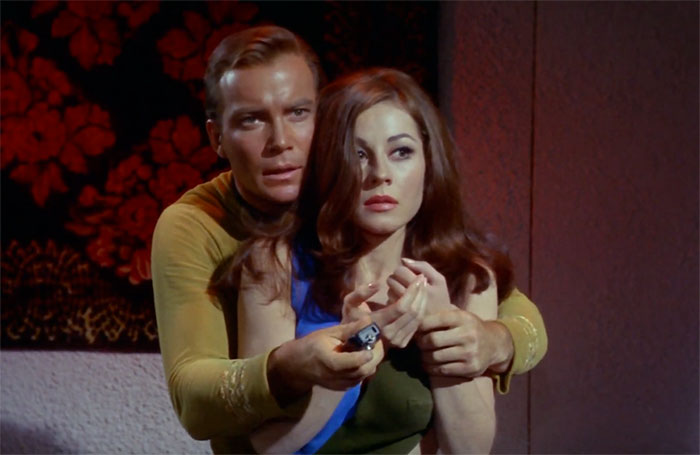 Batman was not the only major property Jackson was part of in 1966. That same year she appeared in the Star Trek series, in the episode titled “What Are Little Girls Made Of?” 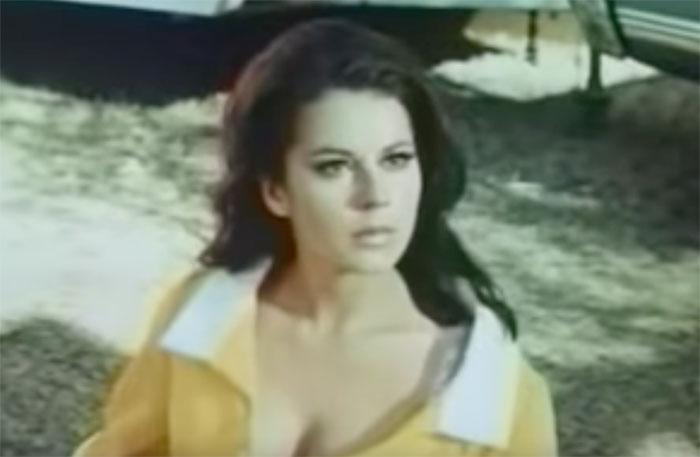 While the bulk of Jackson’s career following Come Next Spring was on television, she did work on a few more films. One was The Mini-Skirt Mob, a 1968 action drama about an all-female biker gang.

Jackson played the part of Connie –– the new love interest of Jeff Logan (Ross Hagen), who is being tormented by his ex-girlfriend Shayne (Diana McBain). 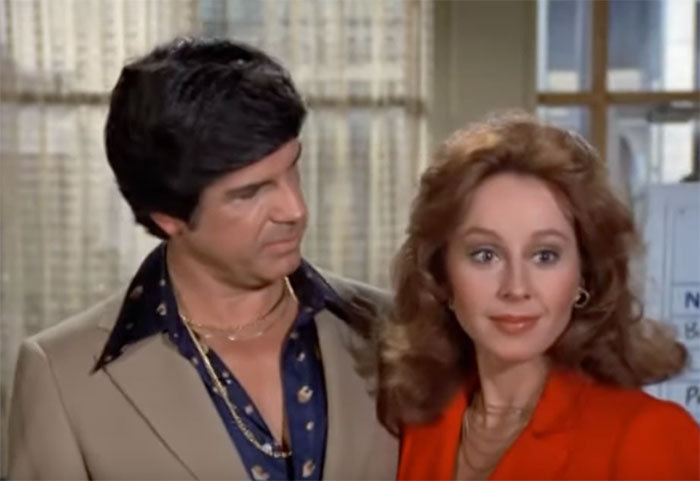 It’s not known exactly why Sherry Jackson retired from acting. Following a number of small roles and guest appearances in television and film alike throughout the ‘70s, she is said to have decided to leave acting in 1980.

That said, she did appear in two subsequent projects (1982’s Strike Force TV show and the 1992 series Guiding Light).

What is Sherry Jackson doing now?

By her own account, Jackson is enjoying her retirement. Some years ago, she revealed in an interview with StarTrek.com that she likes to focus on yoga, studying new subjects, and learning Spanish. 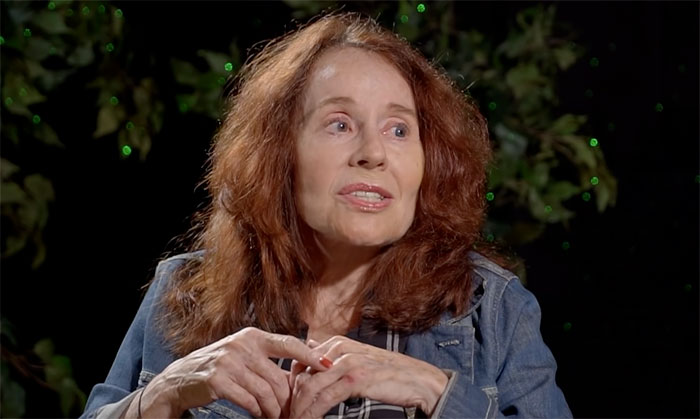 (photo: A Word on Westerns)

She also noted that she loves to hear from her fans, as well as interact with them at autograph shows and conventions.

The only serious relationship Sherry Jackson is known to have pursued was one with a horse breeder and businessman named Fletcher R. Jones. The two started dating in 1967 and remained together until Jones died tragically in a plane crash in California in 1972.

Jackson has never married, and does not have children.