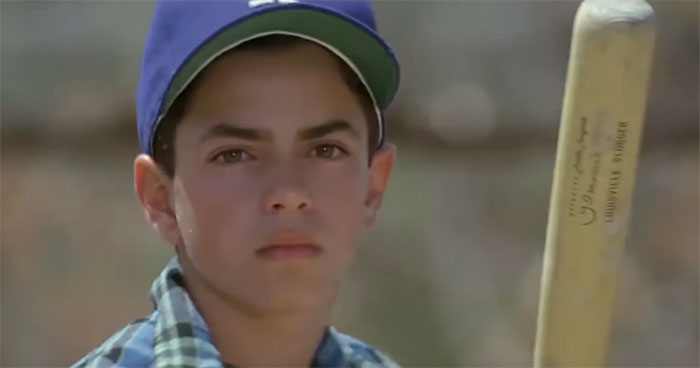 Mike Vitar is most famous for his career as a child actor in the 1990s. While he only acted for about ten years, he made a lasting impact.

His two biggest roles were the characters Benjamin Franklin Rodriguez (Benny the Jet) in The Sandlot and as Luis Mendoza in the second and third Mighty Ducks movies. After stopping acting in 1997, he moved his career away from the screen almost entirely, only coming back to appear as himself in a documentary about The Sandlot in 2005.

Mike Vitar was born on December 21, 1978, in Los Angeles, California, USA. He comes from a Latin American family, but not from a family of actors. However, his older brother, Pablo Vitar, played an older version of his character Benny in The Sandlot. He also has an older sister named Elizabeth.

Throughout his acting career, Vitar attended St. Francis High School. He graduated in 1997, around the same time when he stopped acting. Shortly before he graduated high school, Vitar also began working at Gerber Ambulance in 1996. However, he did not become a firefighter until 2002.

Mike Vitar began his acting career when he was only 12 years old, so he did not have much time to get up to anything before he became famous.

His career started because a casting manager noticed him when he was attending a school carnival. Vitar had no previous acting experience before this happened. It was more or less a stroke of dumb luck that started his career.

Vitar made his debut in the acting world in 1991 when he had a small role as the character Arturo in Diplomatic Immunity. Later that same year, he also had a one-episode appearance on the television show Brooklyn Bridge.

However, his career didn’t really kick off until 1993. He had his second movie role in the film Sunset Grill, with his character credit being listed only as “Boy.” 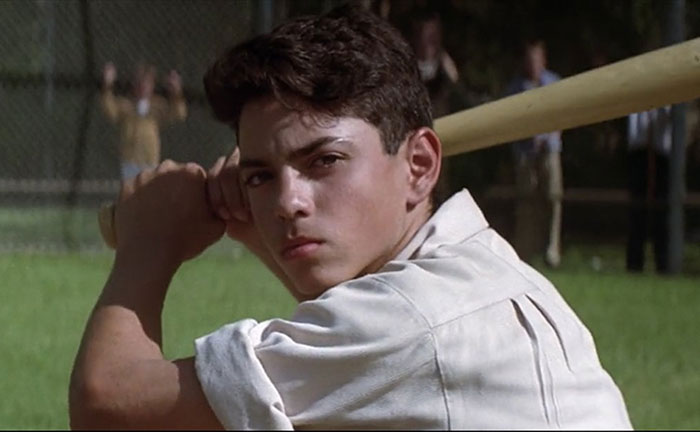 However, in the same year, he earned his biggest acting credit ever as Benny the Jet in The Sandlot. He even won his first (and only) acting award from this film– the 1994 Young Artist’s Award for Outstanding Youth Ensemble in a Motion Picture. 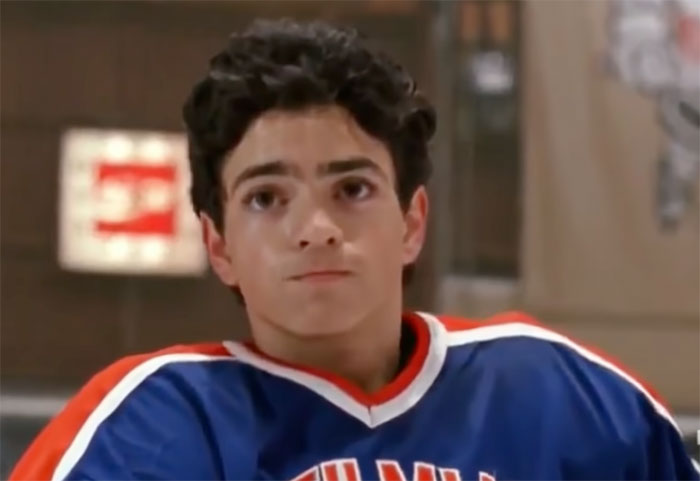 His next biggest acting claim to fame was his role as Luis Mendoza in The Mighty Ducks movie series. While he did not appear in the first movie in the series, he did have a considerably-sized role in the second and third movies.

He did not have anything to do with any proceeding Mighty Ducks series, which includes the 2021 TV series with the same name, which is meant to be a follow-up to the last movie.

However, several of the actors who appeared in the films do make cameos in the show. Emilio Estevez is one of the main adult characters (Gordon Bombay). Matt Doherty, Elden Henson, Garette Henson, Vincent A. LaRusso, Marguerite Moreau, Justin Wong, and Aarong Lohr were some of the original Mighty Ducks franchise actors who also had cameos in the television series. 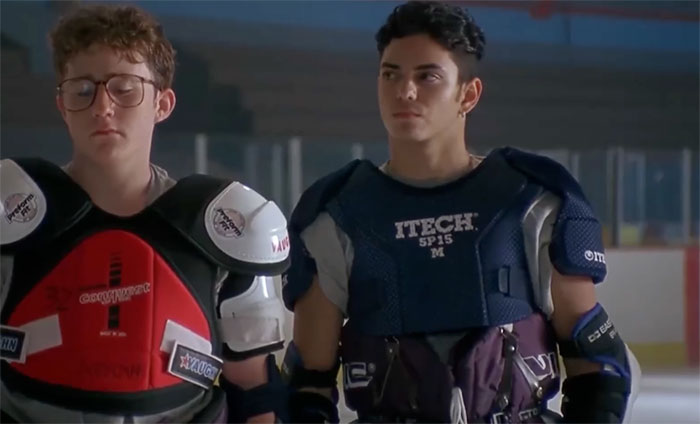 D3: The Mighty Ducks was the last film, or major project as a whole, that Vitar took part in. Other than the projects already listed, Vitar also had small one-time roles in the television series NYPD Blue and Chicago Hope. With this, his acting career ended in 1997.

What is Mike Vitar doing now? 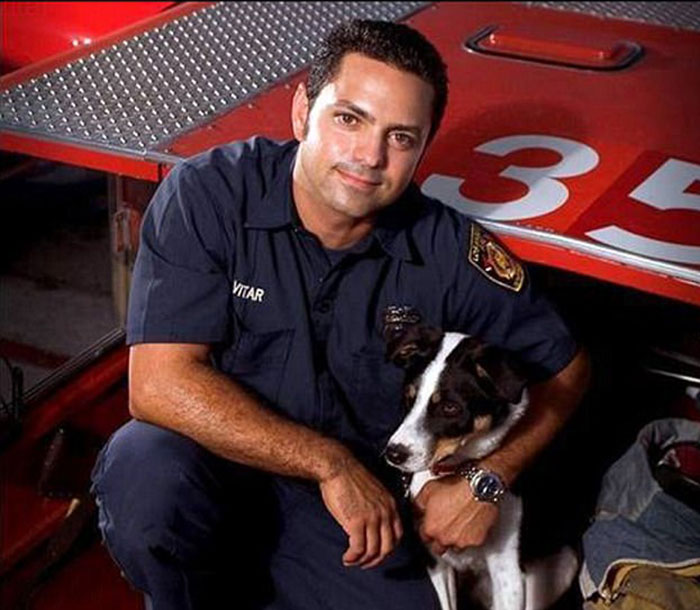 Mike Vitar didn’t leave Hollywood because he was a troubled child-start gone bad. Instead, he decided to pursue a career in professional firefighting. He began this career in 2002. As of 2022, he is still working as a firefighter! 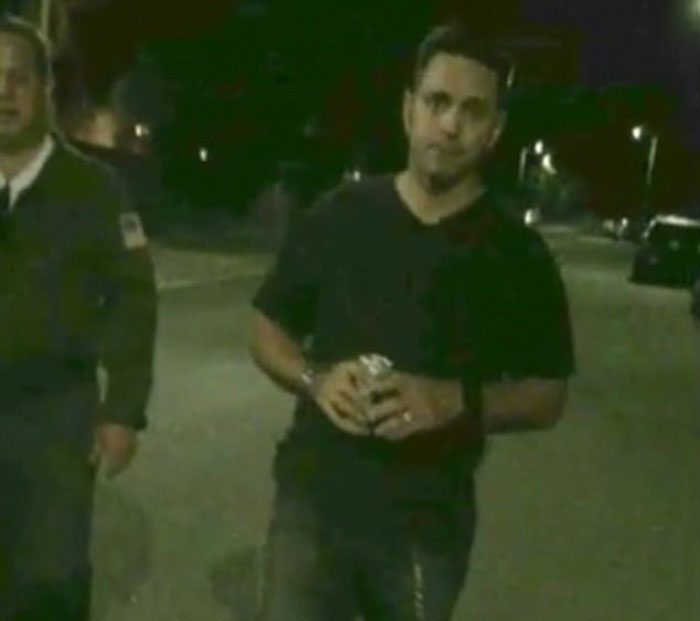 The biggest scandal involving Mike Vital took place in 2015. On Halloween, Vitar and another off-duty firefighter saw a man, Samuel Chang, who they suspected was giving out drugs disguised as candy to children.

The two men chased Chang, pinned him down, and choked him until he was unconscious. Chang was badly beaten and had to stay in the hospital for more than a week.

Eventually, this event turned into a court case. At first, Vitar was charged with felony assault. After some time, the charge was changed to misdemeanor battery, to which Vitar pleaded “no contest” to.

Vitar did not face any jail time, but was suspended from the firefighting force without pay for six months. After the six months were over, he returned to firefighting and has since had no other issues.

Mighty Ducks and The Sandlot Reunion 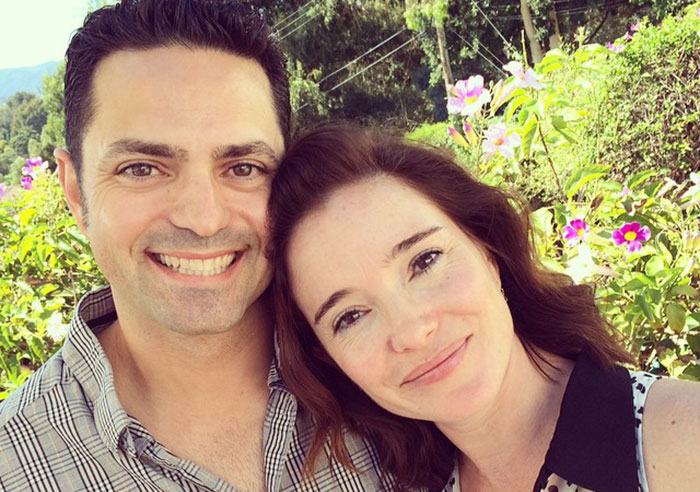 In 2014, D2: The Mighty Ducks had its 20th anniversary. Some of the cast and crew got together to celebrate and take pictures. Of course, Vitar was one of the actors who showed up!

However, Vitar chose to not be a part of the Disney+ The Sandlot Reunion special that aired in July 2020. 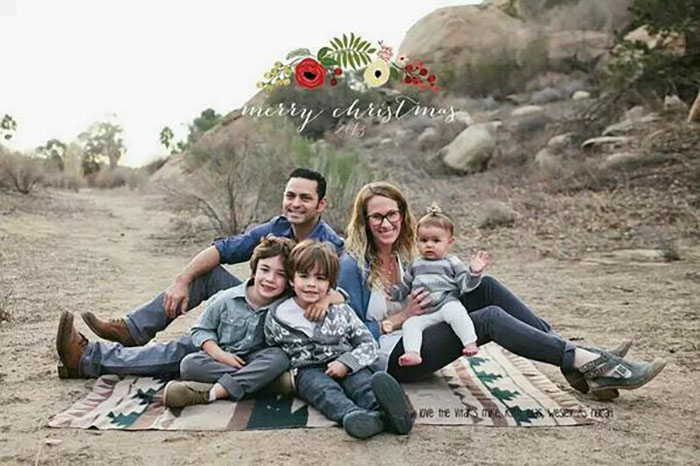 Mike Vitar’s love and family life has been pretty drama-free his whole life. He married Kym Allen in 2006. She is a professional photographer. Since then, the couple has had three children together: Eli, Wesley, and Norah Paige Vitar.

All in all, Vitar made his name in the 1990s as a child actor, but then went on to do bigger and better things as a firefighter. Today, he keeps in contact with some of his old acting buddies but prefers to spend his time working as a firefighter and hanging out with his family. It is unlikely that he will ever return to acting full-time, but his fans will always have his 90s films to treasure.