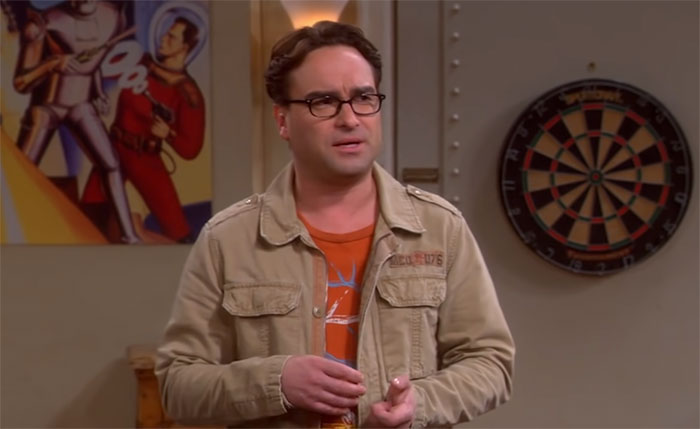 Johnny Galecki is an American actor most associated with his role in The Big Bang Theory as Leonard Hofstader.

Johnny Galecki was born on April 30th, 1975, in Bree, Limburg, Belgium. His American parents moved to Belgium when his father, who was in the U.S. Air Force, was stationed there. He has two younger siblings. When Galecki was young, his family moved to Oak Park, Illinois. There, he grew up and worked in the Chicago theater scene.

Galecki dropped out of high school after the first day at the age of fourteen. He claims it is because he had a dream to pursue acting. Galecki states that by his early teens, he lived independently.

Murder Ordained was Galecki’s first acting credit. He played Doug Rule in the 1987 CBS miniseries when he was only twelve years old. After television, Galecki tried his hand at acting in film.

In 1988, Galecki played Toby Reardon in the film A Night in the Life of Jimmy Reardon. Then, in 1989 he was cast as Billy Quinn in the fantasy film Prancer. 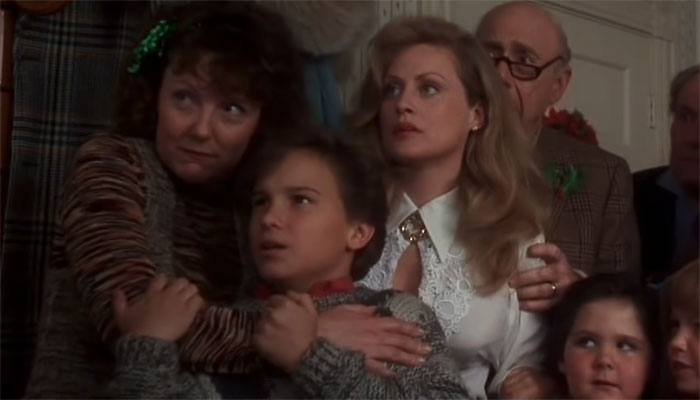 Finally, his role as a child star was cemented when he was asked to play Rusty Griswold in National Lampoons Christmas Vacation.

He continued to have guest roles in television series and acted in films. In the comedy Backfield in Motion, he played Eric; in the film Defense of a Married Man, he was Tim Seavers. Galecki was nominated for a Young Artist Award for his portrayal of Danny Nash in the NBC series American Dreamer. He also starred as John Marshall in the miniseries Blind Faith. 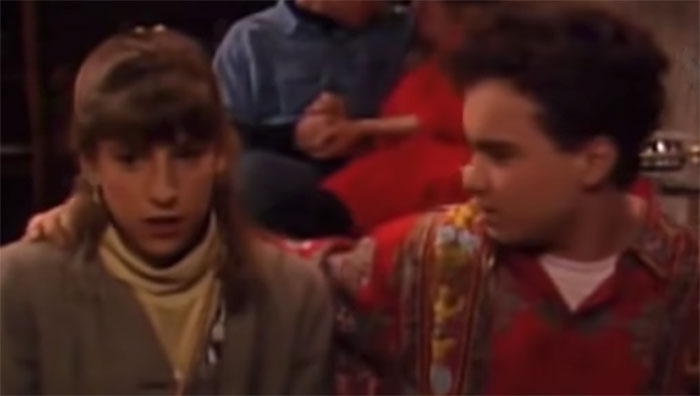 Galecki had a guest role as Jason in the 1991 sitcom Blossom. His character appeared in season one, episode six, Sex, Lies, and Teenagers. Jason is the main character, Blossom’s date for a party. Interestingly, Blossom is played by Mayim Bialik, Galecki’s co-star in The Big Bang Theory. In the episode, Bialik and Galecki share a kiss.

After Blossom, he scored a central role in the sitcom Billy, playing David MacGregor. Unfortunately, the show only ran for half a season. 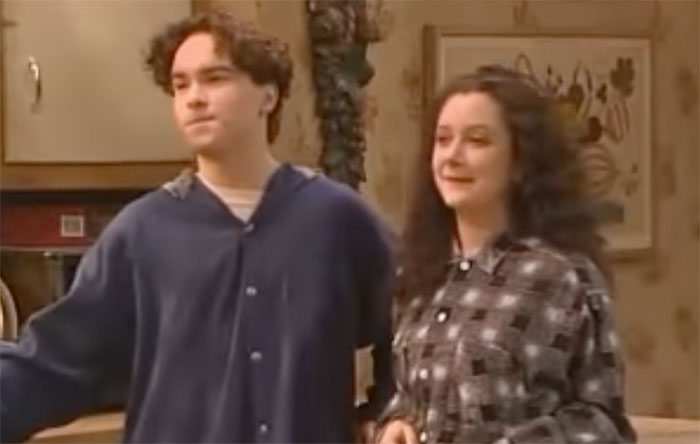 Galecki went on to be nominated for three Young Artist Awards, ultimately winning one, for his acting in Roseanne.

In episode one, Galecki’s character was introduced as Kevin. However, from the second episode onward, he was referred to as David. Galecki would appear in ninety-three episodes throughout seasons four through ten.

After Roseanne, Galecki appeared in multiple films, including Daniel Hannigan in A Family Torn Apart, Marty from Without Consent, Teddy McNair in Murder at My Door, Stingo Wheelie in Bean, and Ira Reder in Suicide Kings. He also held roles in television, such as a guest role in Civil Wars.

I Know What You Did Last Summer

I Know What You Did Last Summer premiered in 1997. In it, Galecki was cast as Max Neurick, a friend of the main character Julie James (Jennifer Love Hewitt), who later dies at the hands of the killer.

Additional film roles included The Opposite Sex, Vanilla Sky, Bookies, Chrystal, and Happy Endings. Galecki also received parts in many television series, such as Batman Beyond (voice role), LAX, My Name is Earl and American Dad.

In 2006, Galecki was awarded the character of Alex, a male prostitute, in the Broadway play The Little Dog Laughed. He was required to do his first full-frontal nude scene in the play. In 2007, he won a Theater World Award for his role. 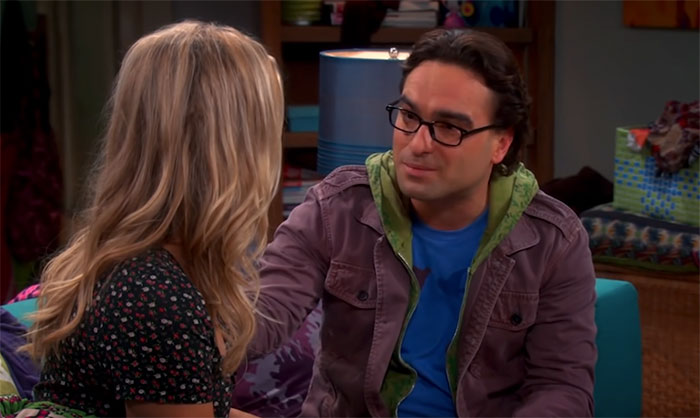 Galecki was cast as Leonard Hofstadter in The Big Bang Theory. As one of the main characters, he was the leader of the gang, which included Sheldon Cooper (Jim Parsons), Howard Wolowitz, and Rajesh Koothrappali.

His character played an experimental physicist at CalTech and the boyfriend-then-fiance of Penny (Kaley Cuoco).

Laurie Metcalf, Roseanne’s sister Jackie, plays Sheldon’s mom, Mary Cooper, on The Big Bang Theory. Galecki plays cello on the show and is a cellist, playing from a young age.

In the first season, Galecki was paid $60,000 as one of the core characters. Twelve years later, his salary per episode increased by the final episode to $1,000,000.

Second only to Jim Parsons, who made over one million per episode and was the highest-paid actor on television.

What is Johnny Galecki Doing Now? 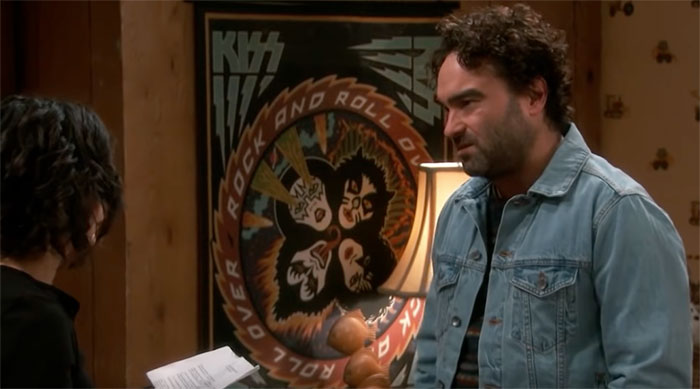 Not much has happened for Galecki since the final episode of The Big Bang Theory in 2019. He had a small role as Henry in the 2019 family film called A Dog’s Journey and he reprised his role as David Healy in 4 epiosdes of the television sitcom Roseanne/The Conners.

Galecki is the executive producer of the television show SciJinks, the sitcom Living Biblically, and the medical drama Catching Babies.

He also currently producing the HBO Max comedy, The Griswolds, which was supposed to be released in late 2021, however, it has been delayed.

Galecki dated his Roseanne character Sara Gilbert as a teen. However, Gilbert realized she was attracted to women and broke the relationship off. The two remain friends still.

While working on The Big Bang Theory, he dated co-star Kaley Cuoco for almost two years. The pair ended their relationship in 2009 but remained on good terms. 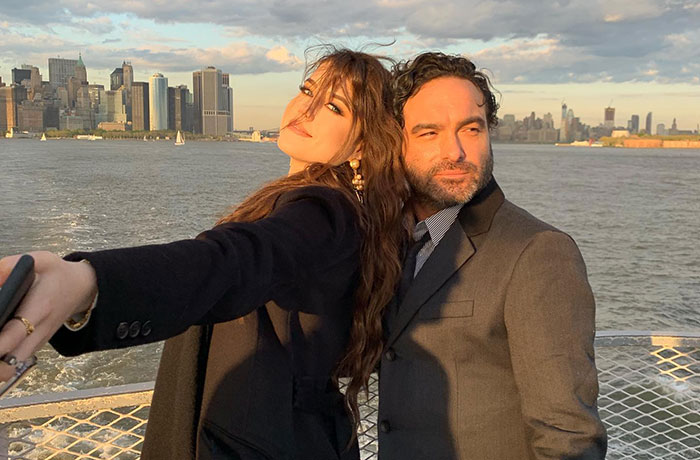 In August 2018, Galecki was confirmed to be dating Alaina Meyer, a young California native.