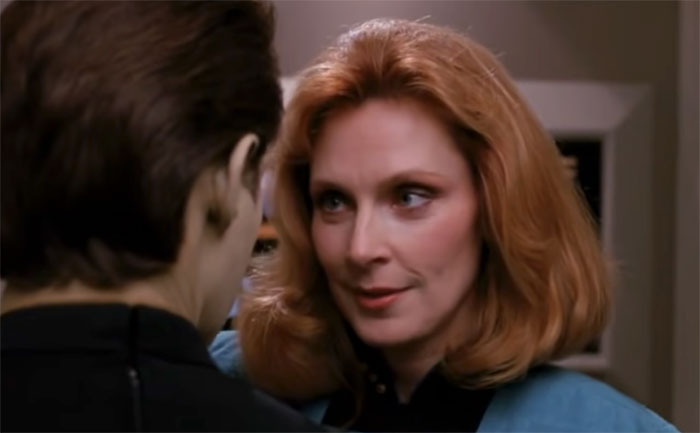 Fans of Star Trek will undoubtedly know Gates McFadden as Dr. Beverly Crusher on Star Trek: The Next Generation. What has this iconic actress been up to ever since Star Trek went off the air in 1994?

Information regarding her family is not readily available online. 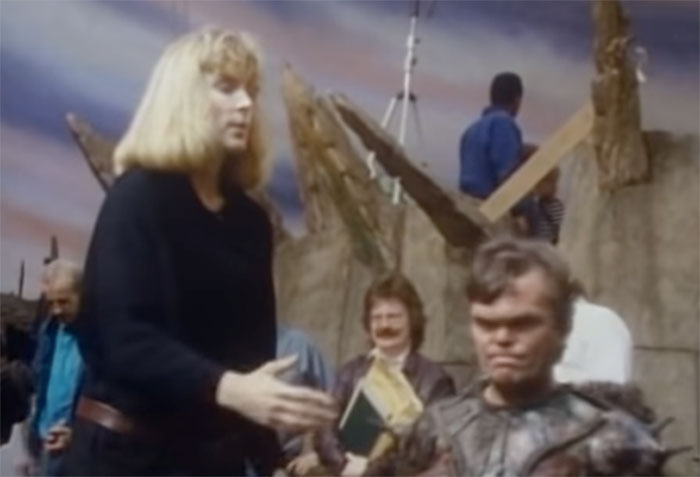 Gates, who is credited by her first name, Cheryl, served as the director of choreography and puppet movement for both The Muppets Take Manhattan and Labyrinth in the 1980s.

Other choreography credits also include lots of stage work including Yesterday Is Over, Bumps and Knots, He Who Gets Sapped, Medea, and A Midsummer Night’s Dream. 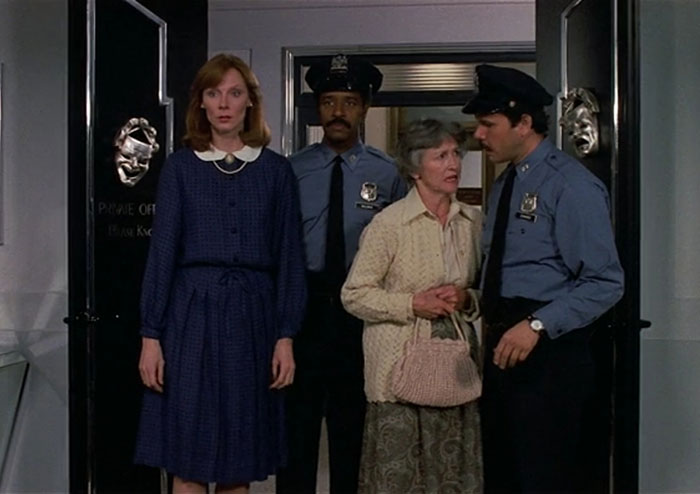 Her first “acting” role came in 1981 when she was kissed by Bill Murray in an episode of Saturday Night Live — though the role was uncredited.

In 1982, she played Mrs. Swift in Another World, as well as Tammy Dryden in The Edge of Night.

In 1984, she made the leap from daytime soap to film, starring as Mr. Price’s secretary in the Muppets Take Manhattan.

Gates had a steady career between 1981-1987, starring in Another World, The Muppets Take Manhattan, When Nature Calls, The Wizard, The Edge of Night, and the Cosby Show, in which it was Cliff’s 50th birthday party celebration.

She had bit roles on The Wizard and the Cosby Show before landing her most famous role as Dr. Beverly Crusher on Star Trek: The Next Generation in 1987. 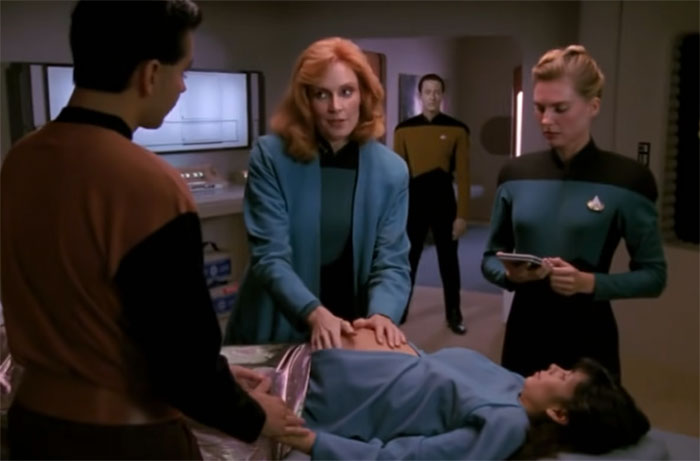 Gate’s breakout role was as Dr. Beverly Crusher on Star Trek: The Next Generation in 1987.

In the series, Gates played Dr. Beverly Crusher. Beverly’s interest in medicine stemmed from her grandmother’s career. It was after the Arvada III disaster that her character decided to become a doctor.

She appeared in a total of 154 episodes, however, these only count for the first season and the third through the seventh. Gates was not a part of the show’s second season after clashing with head writer and showrunner, Maurice Hurley. 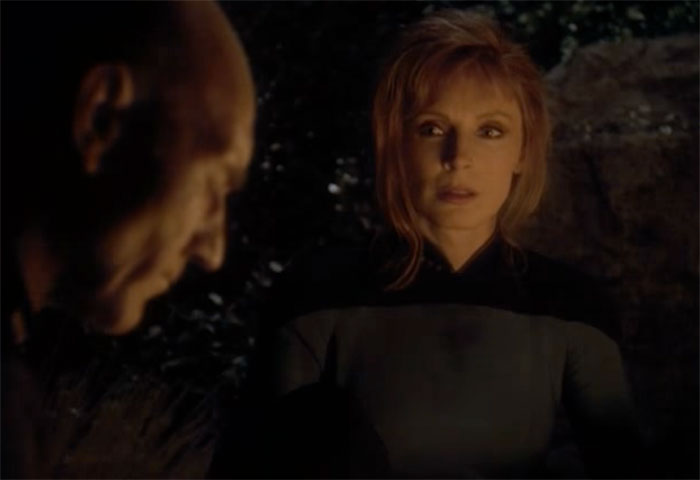 According to reports, Gates was reportedly unhappy with some of the writing on the show, calling it sexist. This led Hurley to ultimately let her go until his own departure from the show after the second season.

At the end of the second season, she was asked to come back to the show during the third season due to the Dr. Kathrine Pulaski character not getting over with fans. She remained on the show for the remainder of the series.

When she was first introduced on the show, the general reception was positive, with many fans liking her character, as well as the chemistry she shared with Captain Picard.

As such, it’s not surprising that fans of hers think the character she played was severely underutilized. A semi-recent Reddit post discussed this underutilization, claiming that her character was very poorly written, despite her real-life persona being vibrant, engaging, and extremely smart. 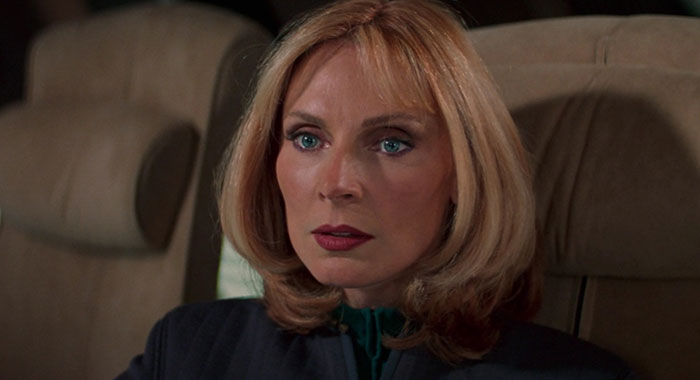 It was this love from her fan base, plus the persuasion of fellow cast members that led to her coming back for the third season.

What Did She Do After Star Trek?

After Star Trek: The Next Generation ended, she continued working in television, appearing in minor roles on shows such as Mad About You, Crowned and Dangerous, The Handler, NCIS and Family Guy.

Gates continued acting through the 2000s, guest starring on The Division, The Handler, Family Guy, and Make the Yuletide Gay.

She appeared as Judge Mallory Jacobs in four episodes of Franklin & Bash between 2011-2013.

What is Gates McFadden Doing Now? 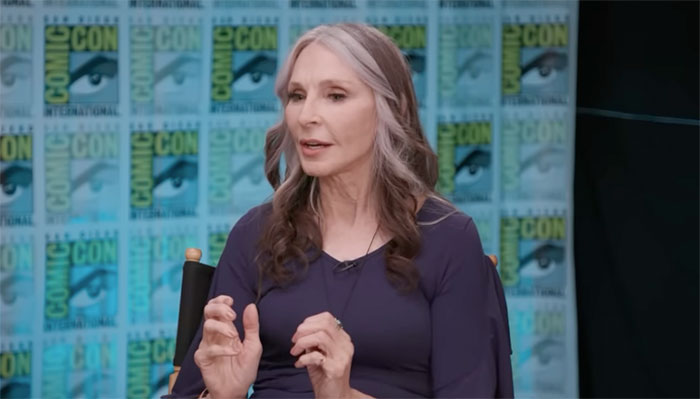 Gates McFadden is still acting. During the latter half of the 2010s, she appeared in TV series including but not limited to Scary Endings and NCIS.

Most recently, she appeared in the short, Finger as the character V. She reprised her role as Dr. Beverly Crusher in Star Trek: Prodigy and in an upcoming episode of Star Trek: Picard, scheduled to air in 2023. 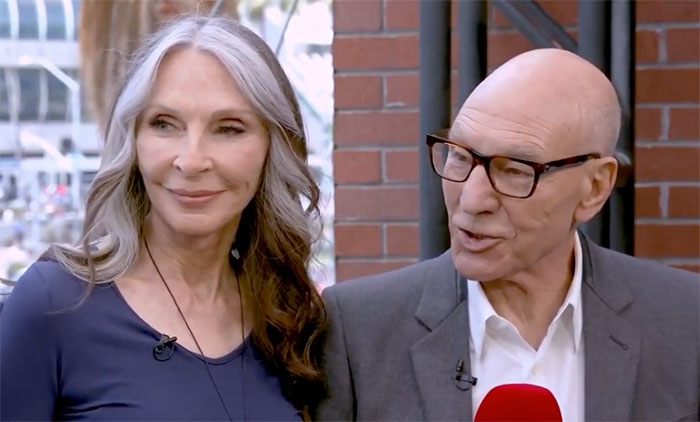 In 2023, Gates will appear in Episode 1, Season 3 of Star Trek: Picard, reprising her role as Dr. Beverly Crusher. Because the episode hasn’t aired yet, details about the storyline are not yet available as of publication.

In 2022, she starred as V in the short film, Finger. Only 12 minutes long, the horror story centers around a mysterious woman who shows up unannounced at a young father’s home seeking restitution for a former transgression.

Gates McFadden InvestiGates: Who Do You Think You Are?

Gates launched her own podcast in May 2021 titled Gates McFadden InvestiGATES: Who Do You Think You Are?

This podcast features intimate conversations about career and personal life with her former co-stars and close friends, including William Shatner, Anson Mount, Kate Mulgrew, and many others.

Like many of her co-stars, Gates routinely attends Star Trek conventions. As of publication, she is scheduled to attend several upcoming comic cons including but not limited to GalaxyCon Richmond, 57-Year Mission Las Vegas, Huntsville Comic & Pop Culture Expo, and more.

Gates is currently on Cameo, a service in which you can hire celebrities to record a personalized video for you or your friends. Fans of hers can book a customized video for $180.

Gates is married to actor and producer, John Talbot. Talbot is known for starring in the 2001 film, The Score.

He served as executive producer of Hatchet County in 2012 and Bombshell Bloodbath in 2014. 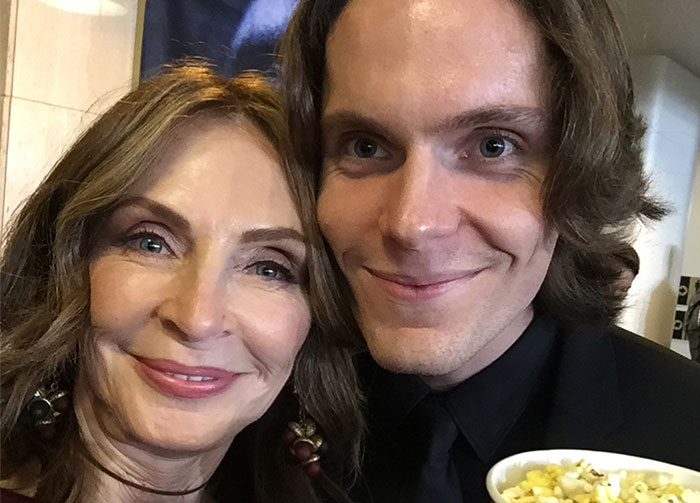 Gates and John have one child together – a son named James McFadden Talbot who was born in 1991. He is a professional violinist and plays for the Louisville Orchestra.