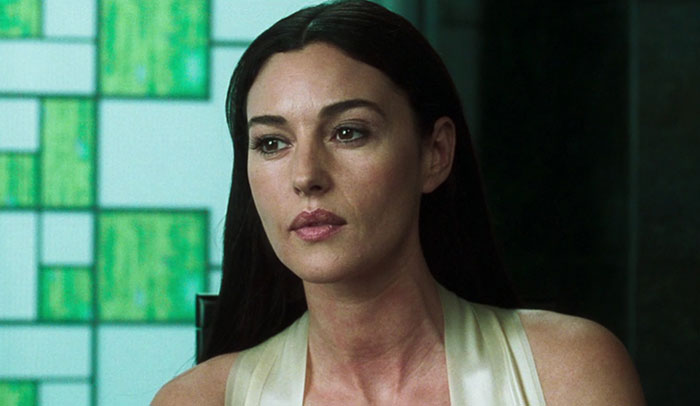 Monica Bellucci is an Italian actress and model, who is best known for her work in The Matrix movies, as well as being a bond girl in the movie Spectre.

She was born in Città di Castello, Umbria, Italy, on September 30th, 1964, in an Italian village to parents Brunella (née Briganti) and Pasquale Bellucci.

Bellucci is an only child and is fluent in Italian, English, French, Persian, and Spanish. She can also speak Portuguese. 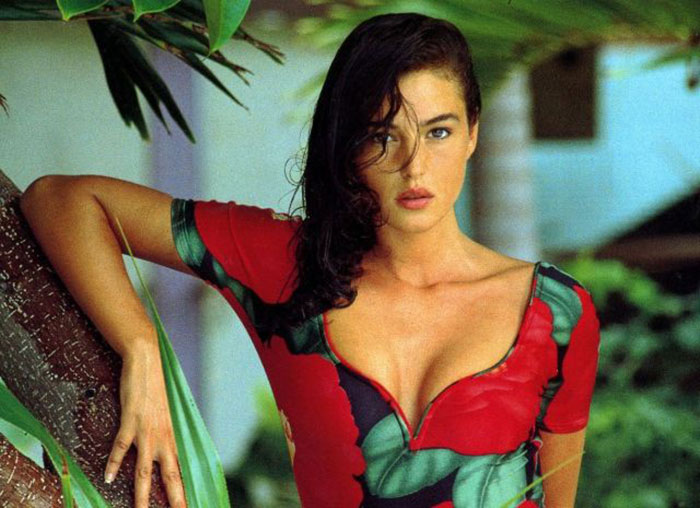 Monica Bellucci’s early career was as a model, and she began as early as 13. She studied law for a time, but by 1988 she left the University of Perugia and moved to Milan.

While in Milan, she signed with Elite Model Management with the aid of agent Piero Piazzi.

Within a year, she was one of the most prominent fashion models in Paris and New York City. In her career, she would pose for Dolce & Gabbana and the French Elle magazine.

She would begin acting in 1990 on the foundation of her looks and notoriety in the modeling world. In her modeling career, she has modeled for Esquire, Men’s Health, Maxim, Dior, Vanity Fair Italy, GQ Italia and has walked the runway many times.

Her first acting jobs would be in two 1991 projects. One was a TV drama movie in Italy titled Via coi figli.

She would have second billing in the film. Her second project released that year was the comedy-drama La riffa (The Raffle), where she was the lead. 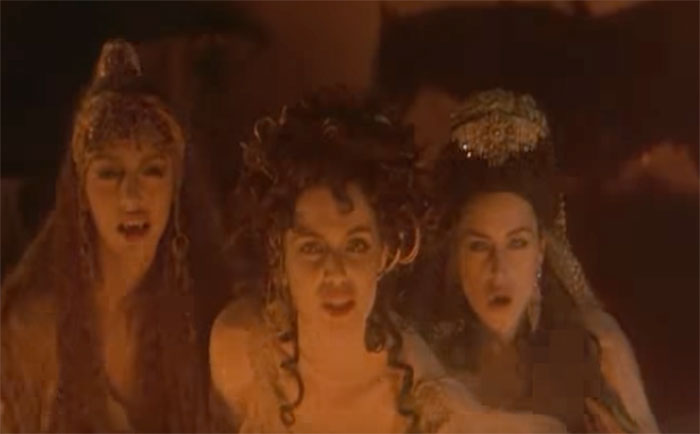 Monica Bellucci has been fortunate in her career to appear in many iconic films in Italy and the United States.

She made a splash among international audiences in a brief but iconic role in Bram Stoker’s Dracula (1992) as one of the vampire’s brides.

Francis Ford Coppola’s landmark horror film was pivotal in the 1990s horror boom and would also serve as Monica Bellucci’s US debut.

She would continue to make movies in Italy, and in 1996 would make L’appartement (The Apartment), where she appeared with Romane Bohringer and Vincent Cassel. 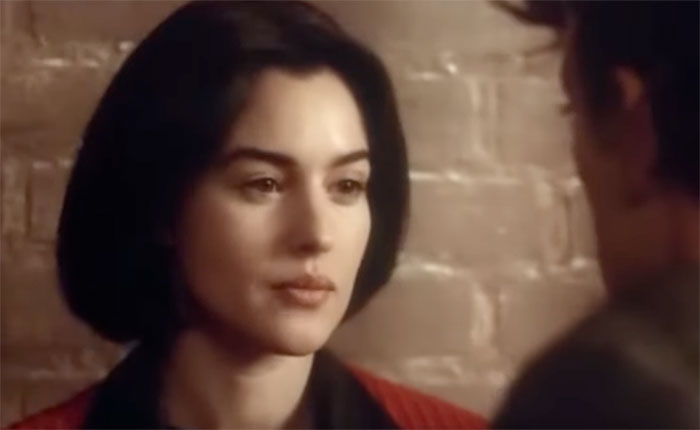 This thriller was a BAFTA winner and a critical hit. Bellucci would be nominated for a César Award for best-supporting actress.

She would make more frequent appearances in American cinema in the early 2000s but continued to make notable Italian films, such as Malena (2000), an influential coming-of-age film about a teenage boy in WWII who becomes infatuated with a beautiful woman played by Bellucci. The movie is often a favorite in modern Italian cinema.

Bellucci is no stranger to controversial films, either. She was notable for her role in the controversial drama Irréversible (2002), directed by Gaspar Noé, which features a traumatic sexual assault scene.

The film was famous for its frank depiction of such a traumatic moment and its reverse-chronological order structure.

Bellucci would end up making popular American films as well. In 2003 she appeared in Tears of the Sun, The Matrix Reloaded, and The Matrix Revolutions.

In the Matrix films, she would play the computer program Persephone. She would be one of the older programs from earlier incarnations of the digital world of The Matrix and an ally of sorts to the humans within the simulation.

In 2007 she would receive top billing alongside Clive Owen and Paul Giamatti in the action comedy Shoot ‘Em Up. The film would become a cult hit, given the ridiculous action scenes and a strange sense of humor. 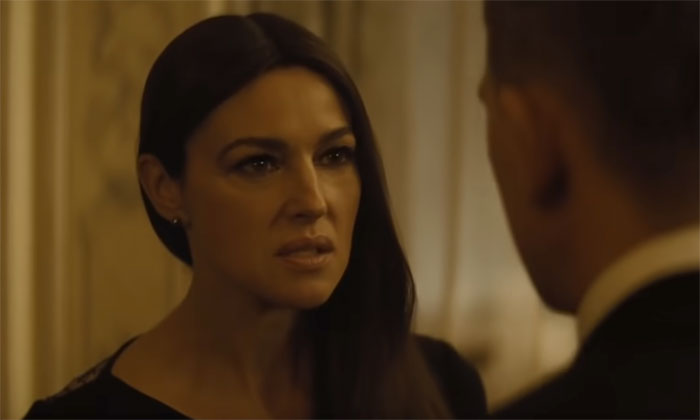 In 2015 landed a starring role in the James Bond film, Spectre, starring Daniel Craig. At the time of her appearance in that film, she was seen as the oldest Bond Girl at 51.

She is also no stranger to American television, having notable television appearances.

In 2016 she appeared in multiple episodes of the Amazon Prime series Mozart in the Jungle playing the role of Alessandra.

She would also play herself in David Lynch’s Twin Peaks: The Return in 2017.

What is Monica Bellucci doing now? 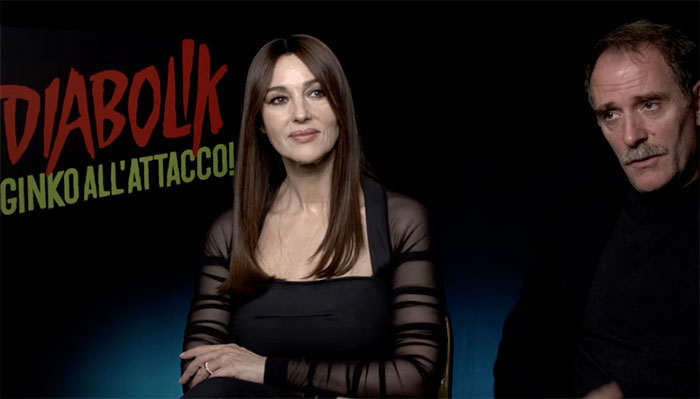 Monica Bellucci is still acting today and in 2022 has appeared in three films, with the most recent being Diabolik – Ginko all’attacco!, an adaptation of a famous European crime and adventure comic book. She plays the role of Altea di Vallemberg.

Also in 2022, Monica starred in the movie Memory, alongside Liam Neeson.

She has two projects in post-production as well for 2023. The first is an American comedy titled Mafia Mamma, where Bellucci will star with Toni Collette.

She will also appear in six episodes of a TV mini-series about the life of Communist revolutionary Tina Modotti titled Radical Eye: The Life and Times of Tina Modotti. 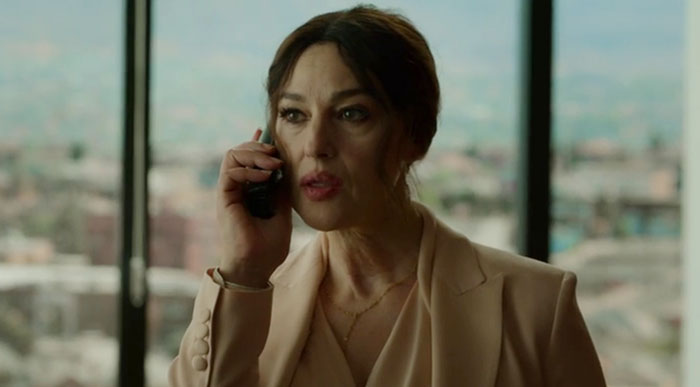 Bellucci, in an interview with Yahoo, discusses that she is embracing her age. This was especially after her role in Spectre, where the media made much about her age. In 2021 she appeared to be at ease given her career trajectory.

Monica Bellucci has been married twice. She was dating sculptor and former model Nicolas Lefebre, but she has kept quiet about her relationship.

They announced they were together during a Chanel show in 2019 but would end the relationship shortly afterward.

Bellucci’s first marriage was to fashion photographer Claudio Carlos Basso from January 1990 to June 1990, but the marriage ended in a divorce. She was 20 at the time. 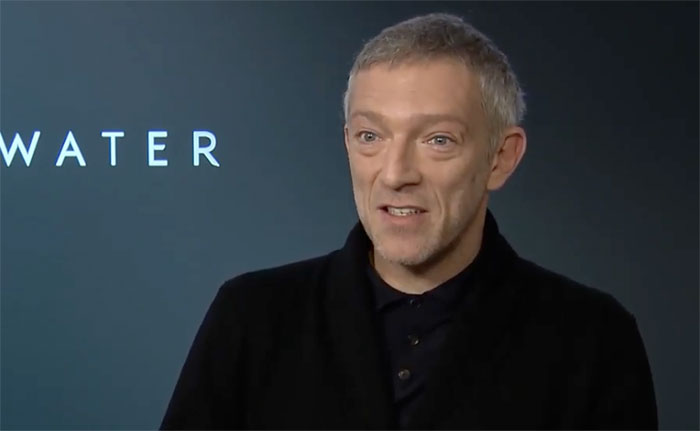 Her second marriage was to actor Vincent Cassel. The two had met on the set of L’appartement in 1996 and dated for a few years.

The couple announced their separation in August 2013 and divorced shortly after. The two remain close to this day, even living in the same city and co-parenting their two children. 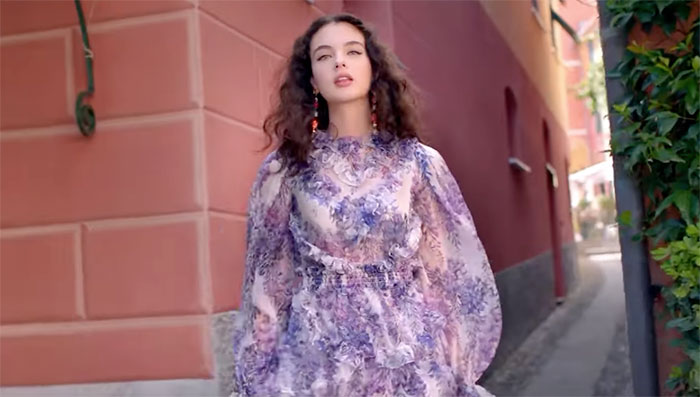 Recently, Deva Cassel has begun a career of her own as a model, but the onset of the coronavirus pandemic disrupted the early stages of her career. She was discovered at a young age, much like her mother.

8 Exciting Sci-Fi and Fantasy Movies to Look Forward to in 20235 Video Game Movies That Don’t Suck5 Actors That Went All Out In Terrible Movies11 Disturbing Lines From Horror Movies That Shook Viewers To The Core5 Great Movies Hidden Behind Terrible TrailersThe 8 Most Anticipated Horror Movies of 2023Kevin Costner Passed On One Of The Greatest Movies Of All Time To Be…7 Movies That Will Leave You Asking 'WTF Happened?'6 Recent Horror Movies That Deserve Cult Classic Status