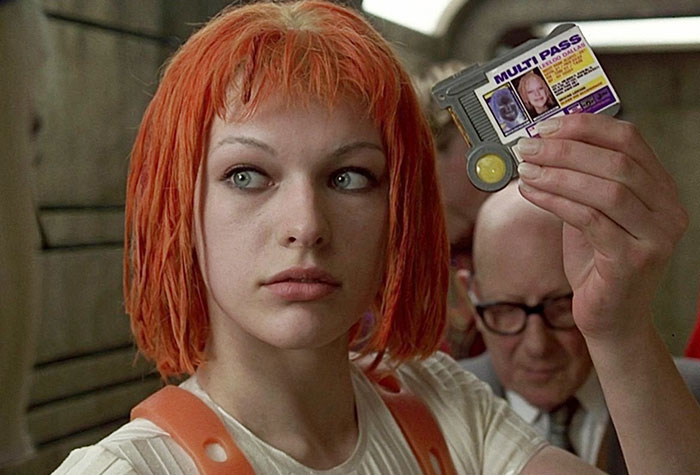 Milla Jovovich is a Ukrainian born actress and model, known for playing strong female leads in blockbuster smashes such as The Fifth Element and the Resident Evil film series.

Let’s look back at some of the highlights of her long career and find out what she’s doing now!

Jovovich was born on December 17, 1975 in Kiev, Ukraine. Despite being born in Ukraine, most of her early childhood was spent in Moscow, Russia. Jovovich would eventually follow in her mother’s footsteps as her mother was a Russian actress.

In 1980, Jovovich emigrated to the United Kingdom and then to California. Not long after settling in Los Angeles, Jovovich’s parents got divorced.

Due to language barriers, Jovovich’s parents struggled to find employment and ended up working as cooks and housekeepers. Unlike her parents, Jovovich became fluent in English in just three months while attending public school.

Struggling to find acceptance amongst her peers and longing to pursue her career, Jovovich left school in seventh grade to focus on professional modeling and acting.

In 1985, Jovovich attended school focused on acting. It was during this time that her career started to pick up.

When she was just thirteen, she got her first credited acting role as Samantha Delongpre in the thriller Two Moon Junction. Jovovich later appeared in television shows such as Married…With Children, Paradise, and Parker Lewis Can’t Lose. 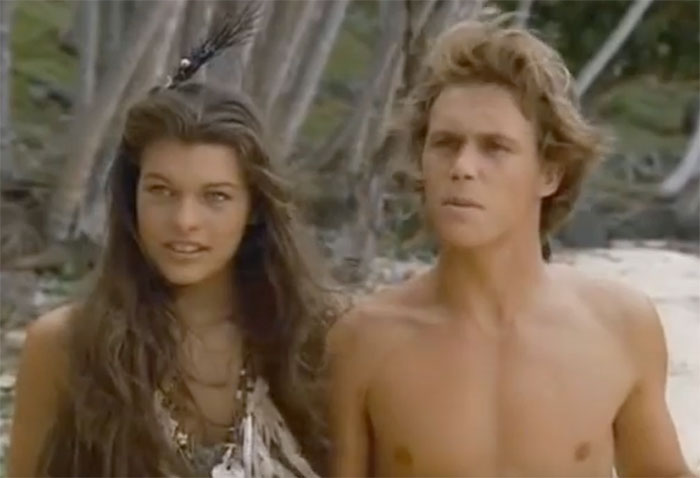 At fifteen, Jovovich was cast in a controversial role in Return to Blue Lagoon, the sequel to Blue Lagoon which starred a young Brook Shields. The controversy came from Jovovich appearing nude in the film despite her age.

Her performance was met with very opposing opinions. She was nominated for Best Young Actress Starring in a Motion Picture at the Young Artists Awards, but she was also nominated for Worst New Star at the Golden Raspberry Awards. 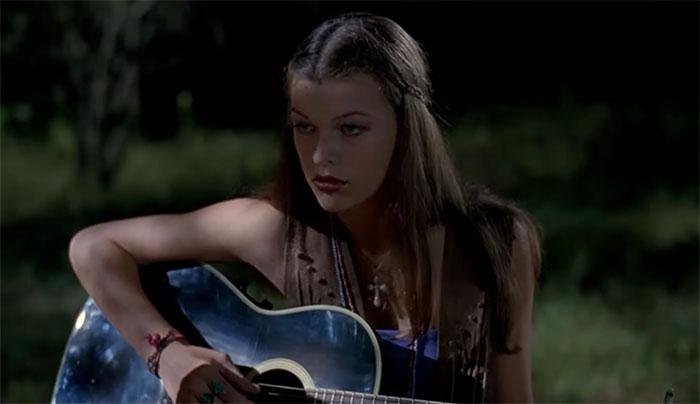 In 1993 she acted in the film Dazed and Confused,which would later go on to become a cult classic and help to propel other cast members to stardom such as Ben Affleck, Renée Zellweger, and Matthew McConaughey.

Jovovich played Michelle Borroughs, the on-screen girlfriend, and off-screen at the time, to Pickford, played by Shawn Andrews. Jovovich was featured predominantly while promoting the film. However, once the film was released, she was allegedly upset with how much her role was reduced in the film, so much so that she took a temporary break from acting. 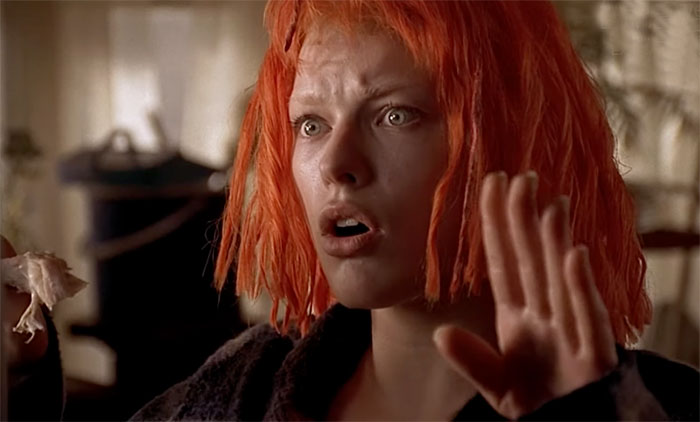 Four years later, Jovovich returned to acting with a bang. She was cast in what would become one of her most memorable roles as Leeloo in the science fiction film The Fifth Element.

Leeloo was an alien tasked with saving the world alongside Korben Dallas, played by Bruce Willis. One of the most iconic and recognizable components of the role was her attire, dubbed the “ACE-Bandage costume” and designed by Jean-Paul Gaultier. It is immediately recognized in pop culture to this day.

The satirical comedy would go on to be a box office hit, grossing $60.8 million against a $28 million budget. 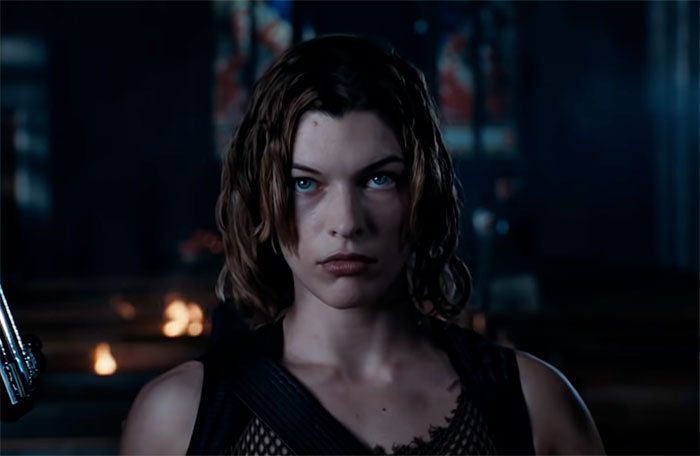 International success would soon follow in 2002 when Jovovich played the lead role in the film Resident Evil, an action horror film based on the Capcom game video game series of the same name.

Jovovich played Alice, who fights against ravenous zombies created by the evil Umbrella Corporation. To prepare for the role, Jovovich trained in kickboxing, karate, and combat-training.

The commercially successful film would eventually lead to a sequel, Resident Evil: Apocalypse, in 2004 where Jovovich would reprise her role as Alice.

The film was met with mostly negative reviews by critics but was even more commercially successful than the previous film, inspiring four more installments of the franchise. Jovovich portrayed Alice in all six Resident Evil films.

What is Milla Jovovich doing now? 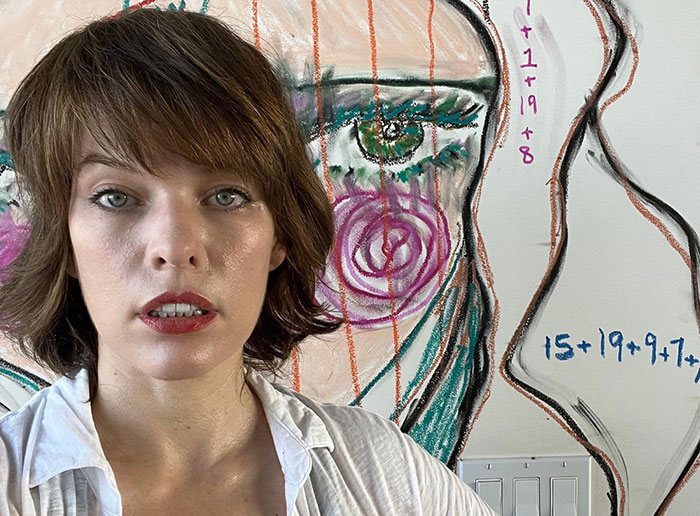 According to Jovovich’s Instagram, she took a hiatus from acting due to unforeseen circumstances–

“It’s been over 3 years since I’ve made a movie. First I was pregnant, then COVID hit 2 weeks after our 3rd baby was born.”

Now that things have settled, Jovovich is jumping back into performing.

In the same Instagram post, Jovovich donned a silky gray outfit with hair to match, in order to give her fans a sneak peak of what she will look like in her upcoming film The Lost Lands.

Based on the George R.R. Martin short story of the same title, Jovovich will play Gray Alys, a sorceress who must go out into the dangerous wilderness and fight off men and monsters and find a mystical power to give to a queen.

She will be accompanied on her journey by a drifter named Boyce, played by David Bautista. 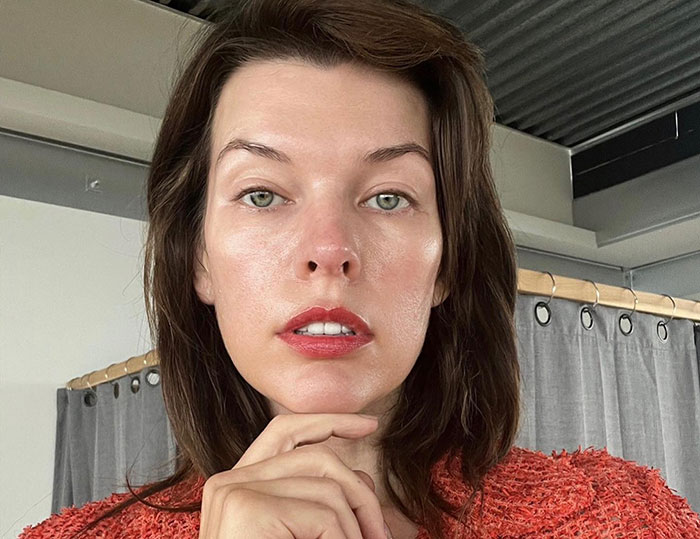 The Lost Lands is not the only film starring Milla Jovovich set to premiere in 2023. Jovovich will take on another heroine role in the post-apocalyptic film Breathe.

Breathe, produced by the same team behind John Wick, will feature Jovovich as Maya, a woman who is forced to live underground with her daughter, played by Quvenzhané Wallis, when Earth’s oxygen is depleted.

With leading roles in these much-anticipated films, Jovovich’s career is showing no signs of slowing down.

In 2022, Jovovich and her husband sold their sprawling Beverly Hills mansion. Referred to as “…the house that ‘Resident Evil’ built” by the Los Angeles Times, the 11,000 square foot home features seven bedrooms, nine and a half bathrooms, a guest house, cabana, gym, pool, and spa.

Who knew hunting zombies could be so lucrative?

In the wake of the Russian invasion of Ukraine, Jovovich took to Instagram to express her heartache over the events unfolding in her homeland–

“I am heartbroken and dumbstruck trying to process the events of this week in my birthplace of Ukraine. My country and people being bombed. Friends and family in hiding. My blood and my roots come from both Russia and Ukraine. I am torn in two as I watch the horror unfolding, the country being destroyed, families being displaced, their whole life lying in charred fragments around them.”

Continuing to honor her heritage, Jovovich wore a stunning blue tulle gown by Ukrainian brand Lever Couture, at the amfAR Gala in May 2022, joined by her eldest daughter, who wore a sparkling gold dress. The two of them together represented the colors of the Ukrainian flag. 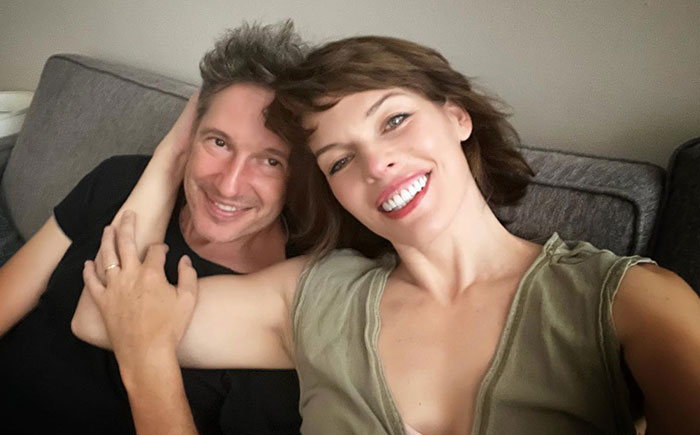 Jovovich met her husband, writer and director Paul W.S. Anderson, while working on the Resident Evil film in 2002. Anderson and Jovovich continued to work together on all subsequent Resident Evil movies, Monster Hunter, and the 2011 version of The Three Musketeers.

Jovovich and Anderson were married in August 2009. Prior to their wedding, Jovovich gave birth to their first child, Ever Gabo Anderson, in 2007. 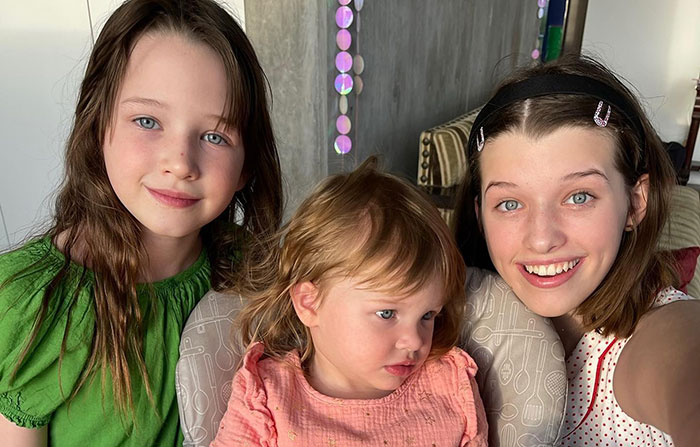 Jovovich’s eldest daughter, Ever Anderson, takes after her mother in more than just her appearance. She has started to make a name for herself in the entertainment industry.

She made her film debut in 2016 in Resident Evil: The Final Chapter where she played the younger version of her mother’s character, Alice.

She also played a young version of another famous heroine, Scarlett Johansson’s Natasha Romanoff, in the Marvel blockbuster Black Widow.

Ever is set to star as Wendy Darling in the live-action remake of Peter Pan due to hit Disney + in 2023.