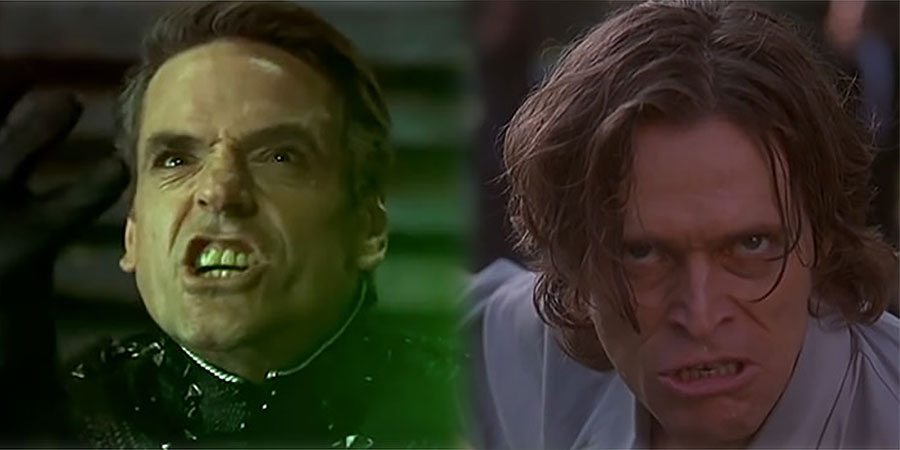 Chewing scenery isn’t something that just any actor can do. There have to be a million special elements that all come together from the writing to the actor, especially when it comes to budget.

It requires a level of self-awareness by the actor and the movie willing to embrace the camp of it all. Of course, like most methods there are missteps, but there are also times when actors chewed scenery so damn forcefully it improved an otherwise average film.

A lot of the movies that will appear on this list are somewhat forgotten, with these actors being one of the only memorable aspects for most audiences. Even more interesting is that most of these actors are regarded as greats, with each being nominated for various awards and their part in film history. The secret is knowing when to give those scene-stealing performances and pulling out all the stops, even if that isn’t in the budget.

Keep in mind though that these aren’t necessarily bad movies, just films that didn’t quite live up to their potential. 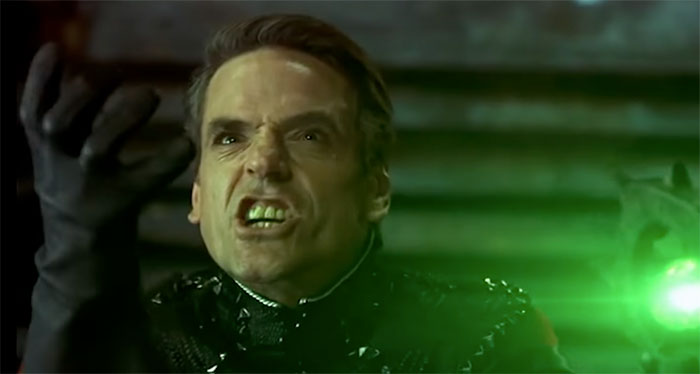 Okay, that was a lie. Dungeons and Dragons fans were one of the first to feel that familiar sting so many of us have been victims to over the years. A long-running universe with rich lore and plenty of great stories to be told, what could go wrong? Absolutely everything could go wrong, that’s what.

Between the Syfy channel CGI mixed with production and sets that would make Hallmark shudder, the movie looked bad from the start and that was just the beginning. Combine that with a first-time director and slashed financing, and it’s no wonder Jeremy Irons decided to just do his own thing instead. With nowhere to go but up, he brings out this classic scene.

That’s a man who knows nobody is going to watch this seriously and that his check already cleared the bank. Every scene he has in the movie is like this, with strange muttering and hissing littered throughout. Irons does all the heavy lifting here. 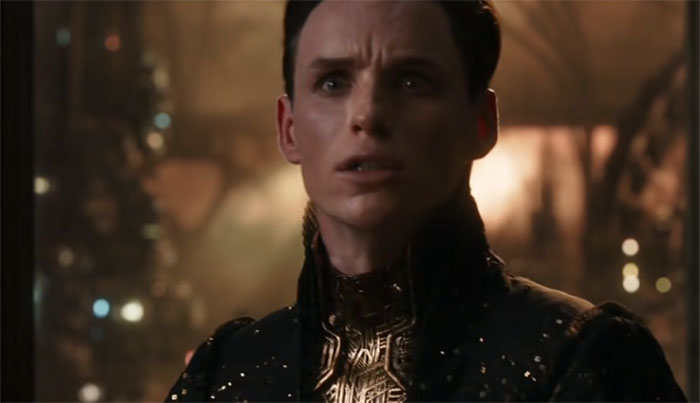 Jupiter Ascending was heralded as a space opera to rival Star Wars. This movie had everything- Mika Kunis controlling bees, semi-fursona Channing Tatum, and Eddie Redmayne as a megalomaniac empower hell-bent on power or something. The only part anyone remembers is Eddie Redmayne going all in and chewing scenery like he’s at a Sunday buffet.

Redmayne was coming off an Oscar win for The Theory of Everything and going into a press tour for this movie at the same time. He knew exactly what he was doing when he made this and went all in with the maniacal space dictator vibe of it. Now he’s moved into the role of Newt Scamander for the most part, but this still deserves a spot in his highlight reel. 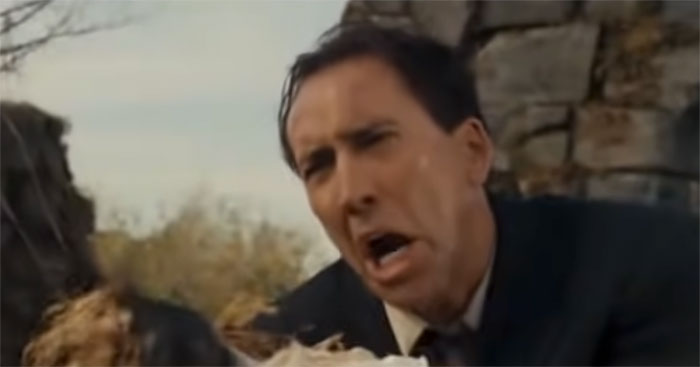 Cage is a god among us, capable of turning any movie into a masterpiece due to his performance. When he’s cast in a film a coin is flipped, one side of this coin has Cage Rage, and the other is subdued, nonchalant Cage. There’s no in-between, and depending on the film this simple game of chance can be a blessing or a curse.

The Wicker Man is prime real estate when it comes to “so bad it’s good”. Between being a remake that missed the point and Cage deciding to go his way with the performance nobody knew what they were getting into with this movie. Now it’s known for being a terrible remake, but also one of Cage’s most legendary roles. In a single movie, he punches women while wearing a bear suit, gets a face full of bees, and becomes just the latest victim of Burning Man. It has something for the whole family. 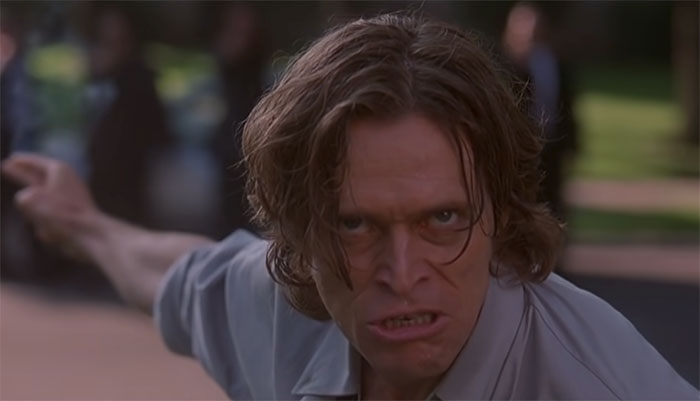 Willem Defoe was already a well-regarded actor by the time The Boondocks Saints made its way into every frat house DVD collection, but this was just a taste of what he was about to bring as the best part of this 90s cult classic. Playing a homicide detective with a flair for the dramatic, Defoe gives it all while investigating brutal shootouts and giving detailed reenactments like a deranged one-man show.

He would channel some of the same energy when taking the role of Norman Osborne in Spider-Man a couple of years later, and still turns out some hammy performances every couple of years. 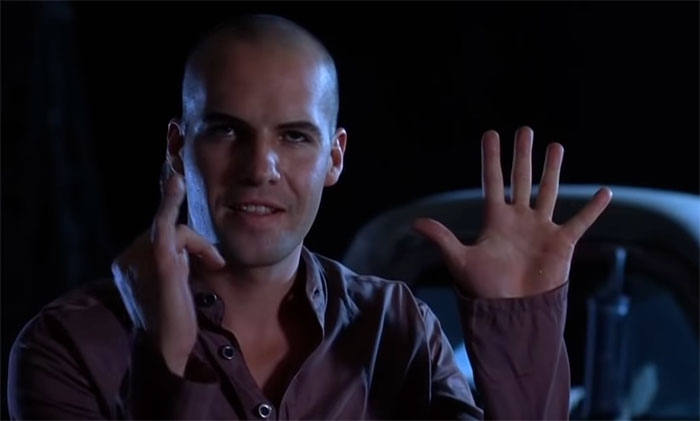 Billy Zane was ahead of the curve on playing meta, hammy performances. Demon Knight was a fairly low-budget horror, with the effects to match. One of the films released alongside the Tales From The Crypt series, Demon Knight had a high-concept story about the eternal struggle of good and evil between a guy with the literal blood of Jesus and Billy Zane making an audition tape for The Mask.

Look at any scene from this movie and point out where Zane doesn’t look like he’s having the time of his life. You won’t because there’s not a single one to be found. Zane takes his time, bringing manic energy to scenes that involve the slaughter of characters and taking joy in terrorizing the poor hotel patrons. 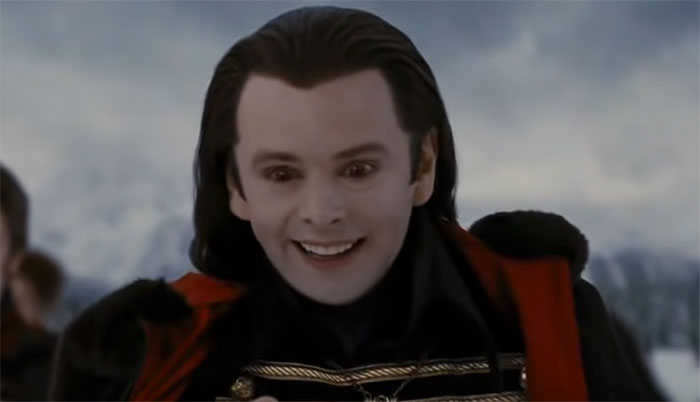 At some point, someone in Hollywood called up Michael Sheen, told him they needed a vampire aristocrat, and had no idea they were about to unleash a camp legend onto the world. The man sinks his fangs into the scenery and plays the most comically evil vampire he can. Sheen was probably the only one having a good time making these movies.

These actors can take pride in the roles above, knowing that they gave everything they had to turn otherwise mediocre box office bombs into camp classics. All it took was a little scenery chewing to get everything just right.

5 Great Movies Hidden Behind Terrible TrailersKevin Costner Passed On One Of The Greatest Movies Of All Time To Be…Leonardo DiCaprio’s Worst Movie Is So Terrible It Has a 0% Rotten…Michael Caine’s Worst Movie Is So Terrible It Has a 0% Rotten Tomatoes…How Evil Dead Clawed It’s Way Out Of Hell In 2013The 2013 Scarlett Johansson Sci-Fi Flop That's Still Worth Checking…She Played 'Persephone' in The Matrix Movies. See Monica Bellucci Now…8 Exciting Sci-Fi and Fantasy Movies to Look Forward to in 20235 Video Game Movies That Don’t Suck