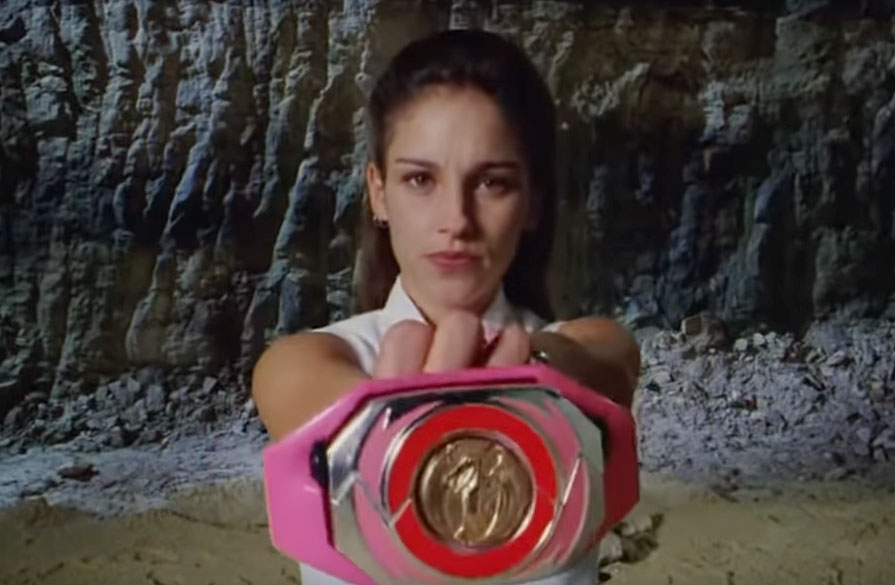 If you were a kid in the 90s, you practiced your martial arts moves while watching the best show with the worst visual effects, Mighty Morphin Power Rangers.

And everyone had their favorite Ranger who they wanted to be. For most people, that was the beloved, witty, gymnast-loving, valley-girl Kimberly Hart, also known as the Pink Ranger, played by actress Amy Jo Johnson.

It’s been almost 30 years since the Jennifer Garner look-a-like tumbled onto our screens and into our hearts. We want to know what Amy has been doing since starring in one of the biggest pop culture shows of the 90s, so let’s find out.

In Hyannis, Cape Cod, Massachusetts, on October 6th, 1970, actress Amy Jo Johnson was born to parents Christine Johnson, a retail clothing manager, and Greig Johnson, a car salesman. Amy is the youngest of three children, having an older brother, Grieg Johnson Jr., a car salesman like their father was, and an older sister, Julie Johnson Clary.

Johnson was a gymnast as a child until she was 17, which would come in handy later. Amy started appearing in local theatre productions at Dennis-Yarmouth Regional High School.

After high school, she moved to New York, where she attended the American Musical Dramatic Academy before moving again, this time to California at 18 years old to pursue her acting dreams. 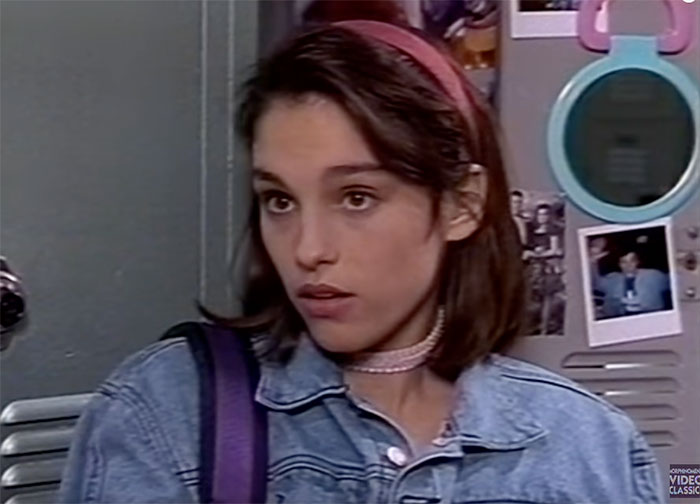 Not all Hollywood dreams come true in the blink of an eye, but they did for Amy Jo Johnson. In 1993, just weeks after she arrived in California, Amy landed the role of Kimberly Hart, a.k.a. the Pink Power Ranger ,in the superhero series Might Morphin Power Rangers.

The show centers on five teens picked by Zordon to be the defenders of Earth and kick the butt of endless bad guys and monsters sent by various evil alien creatures trying to take over the planet. Each Power Ranger had a special weapon, and Johnson’s Pink Ranger had the Power Bow. She also was able to use all her gymnastics moves on those bad guys.

Everyone’s favorite Power Ranger was in 138 episodes across seasons one through three before her character was written off. Why did that happen if her character was the most popular? Well, it was Amy’s call. She wanted to pursue other roles and opportunities, so she asked that her Pink Ranger’s powers go to someone else. That, and the unsafe working conditions and the few times she was almost seriously hurt might have had something to do with it. So, for ten episodes, Amy’s Kimberly was given special treatment as she handed off her pink torch to the next actor.

What did she do after Power Rangers?

After her kick-butt days ended, Amy got her wish to play other characters on screen. She starred in a lot of TV movies in the late 90s and early 2000s, starting with Susie Q in 1996. The feature films she starred in were mostly independent ones like Interstate 60. 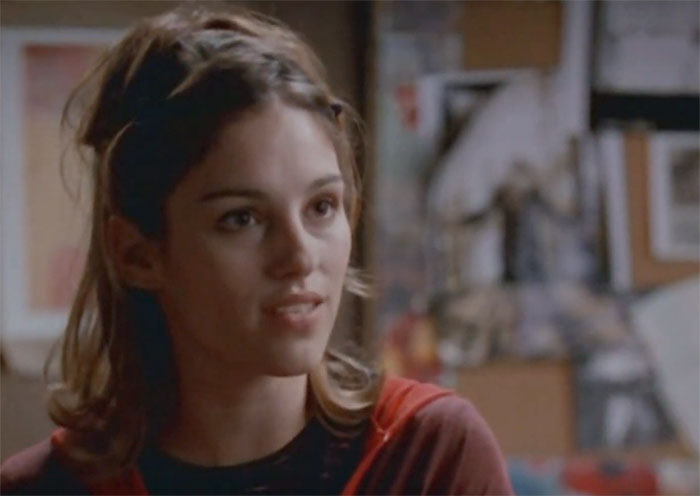 But on the TV side, Amy grabbed some notable roles, such as Julie Emrick in the drama series Felicity. She was part of the main cast for seasons one through three and then dropped to a guest role for season four. Once again, Amy asked to step away from a role, as she wanted time to grieve the death of her mother, who passed when she initially got the part.

She popped up in an episode here and there on other popular shows like ER and Spin City before finding a home from 2008 until 2012 for 75 episodes on the crime drama Flashpoint as Jules Callaghan.

Did she ever return to the Power Rangers franchise? 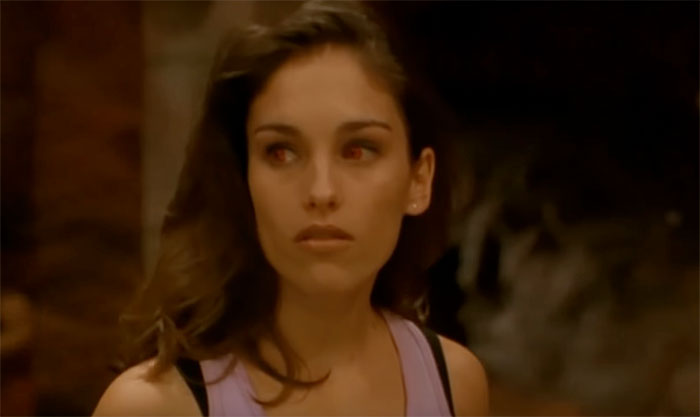 But initially walking away didn’t stop Amy from coming back when the Power Rangers called. After she left the series, Johnson came back to don the pink suit for the movies Mighty Morphin Power Rangers: The Movie in 1995, Turbo: A Power Rangers Movie in 1997, and came back for a quick cameo to send fans into a frenzy for the 2017 film Power Rangers as an Angel Grove citizen. Johnson was only one of two original Power Rangers to appear in all three of the franchise’s theatrically released movies. 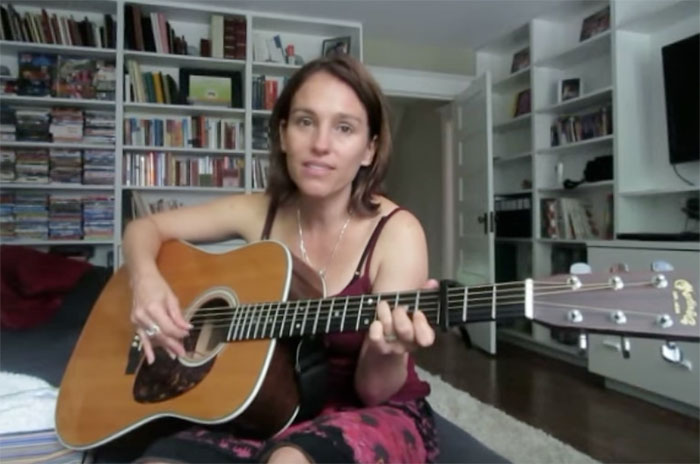 Not only can Amy act and do a cartwheel to a villain’s face without breaking a hip, but she can also sing. She put out albums with the Amy Jo Band in 2001, 2005, and 2013. It shouldn’t be a surprise that Amy did her own singing for her character on the show Felicity, where Amy’s original songs were featured on the show multiple times.

She recently jumped back on a stage for the first time in over ten years to give fans of The Action Figures Band a special treat at the L.A. Comi Con after-party. 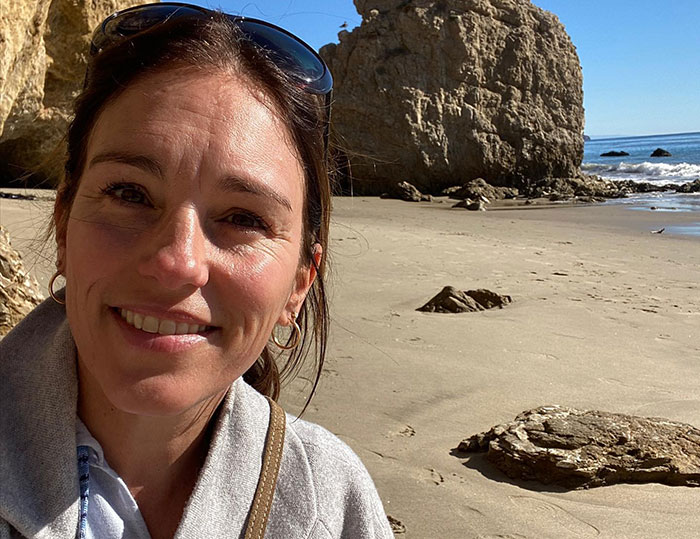 When Johnson moved to Canada, she not only discovered her love of maple syrup, but a love of getting behind the camera.

Amy has found her groove and just had a script Black Listed (that’s a good thing, we promise) in 2022. Titled What We Become, the project is currently in development. 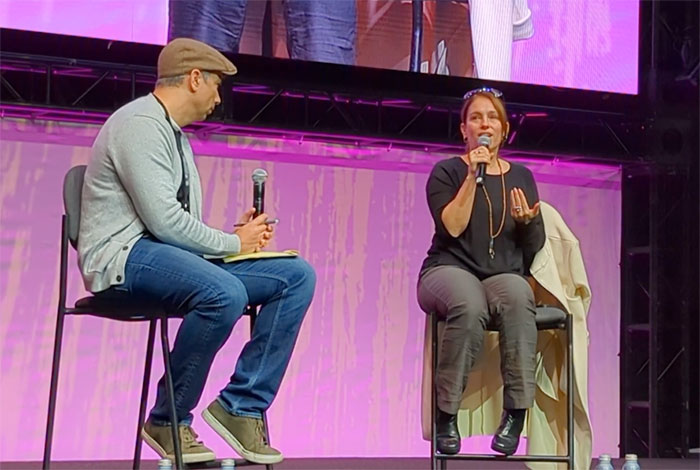 Power Rangers is one of those fandoms that will never go away, which is good news for Amy. She’s been making the convention rounds since 2017 and has multiple events planned for 2023 already.

You’ll also find Amy on Cameo, where a personalized video or message from the Pink Ranger can be all yours.

Reflection on her Power Ranger days 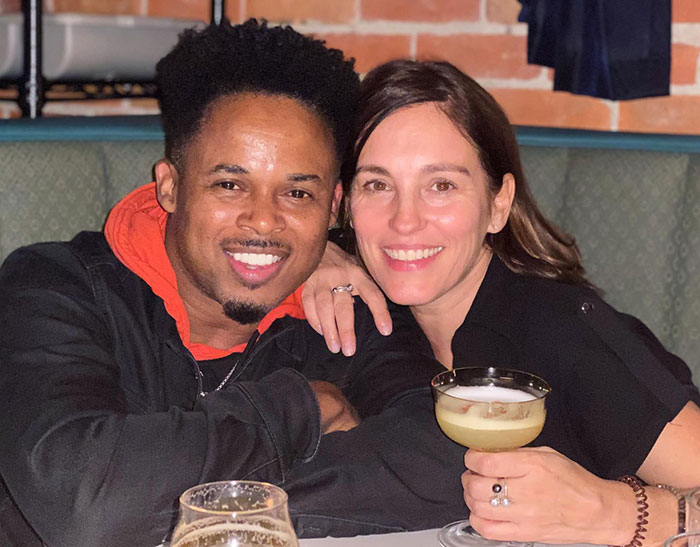 In 2021, a mini-reunion between Pink Ranger and Black Ranger, Walter Emanuel Jones, sent fans into nostalgia overdrive, when she posted a picture of the two catching up in Washington during that year’s Emerald City Comic Con. She is also good friends with David Yost and regularly post pictures of them spending time together. 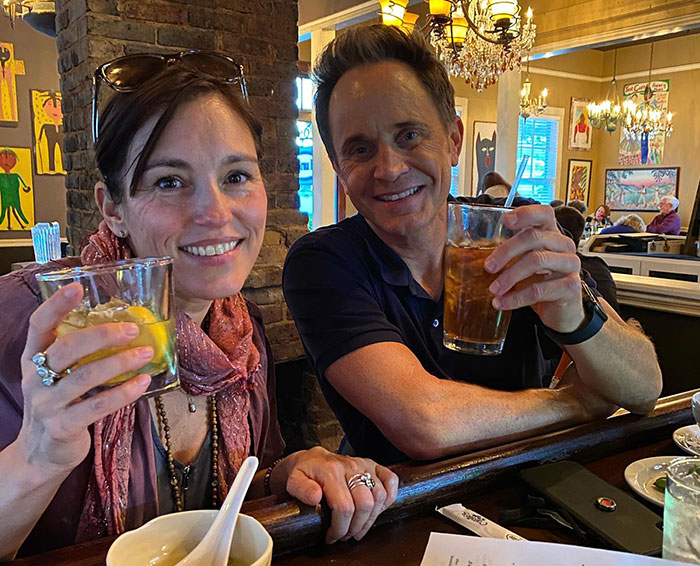 Sadly, in November 2022, original Green Ranger Jason David Frank died by suicide at the age of 49 years old. Amy posted a heartbreaking video on her Instagram page, then shared a beautiful remembrance message about her fellow Ranger.

While working conditions were horrible while they were going through it, in looking back, Amy realizes how her time as the Pink Ranger is still such a gift.

She knows how Power Rangers helped kids back then, and as the grown-up kids are showing their children and bringing the show back to life for another generation, she has a renewed appreciation for the show.

Johnson was married to one-time Executive Producer and current CFO for Carebook Technologies, Inc., Olivier Giner. The pair married in August of 2009 and were together until their divorce was finalized in 2017. In December 2008, Amy gave birth to her only child, daughter Francesca Christine Giner. 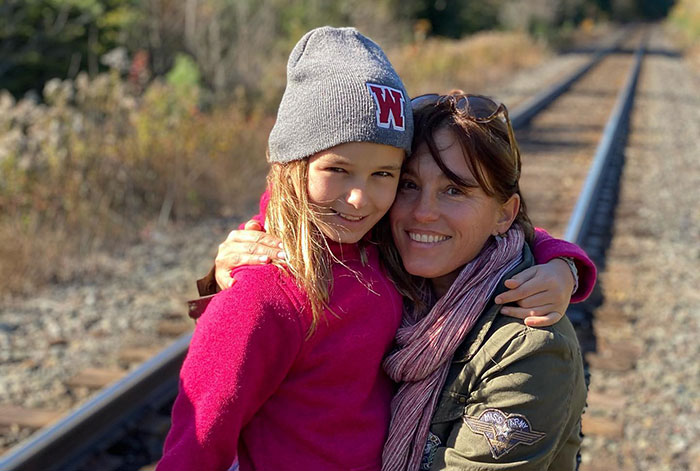 Amy fell in love with Montreal, Toronto, and Canada in general from having to go there so much for work. In 2015, Johnson made the permanent move to Canada, and became a dual citizen of the north in June of that year. Initially moving to escape the pressures and insecurities of Hollywood, Amy and her daughter have fully embraced Canadian life, and the more forgiving way filmmaking happens there.

Amy is making more moves behind the camera than in front these days, and that’s okay. Since the 30th anniversary of Power Rangers is basically here, we hope to see as many of the original gang as we can while the OG fans try to do some signature moves without needing an ice pack afterward.