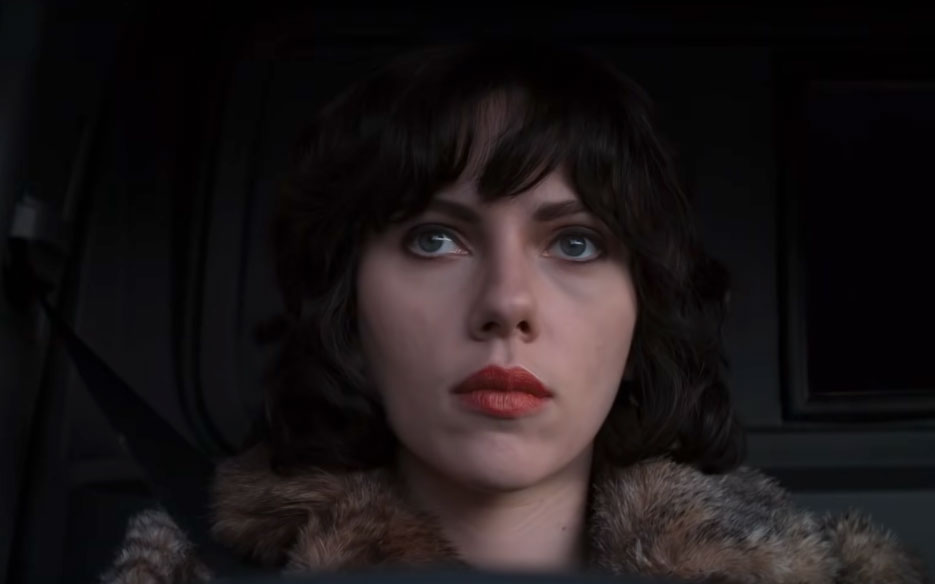 Nowadays, Scarlett Johansson is known for her role as the Avenger Black Widow in Marvel’s Cinematic Universe. However, the talented actress has an incredibly long and diverse resume. This includes a string of sci-fi movies in the 2010s which were wildly inconsistent.

The actress put out multiple genre duds. Ghost in the Shell (2017) failed to live up to its source material while the film Lucy (2014) was a bit too silly for most viewers. On the flip side, Her (2013) was a huge success with critics and audiences. In the film, Scarlett plays a personable AI in a budding romantic relationship with a human (Joaquin Phoenix). Predating Ex-Machina, the movie felt like an early warning about our inevitable future.

Johansson starred in another sci-fi movie around the same time. Jonathan Glazer’s Under the Skin premiered at film festivals in 2013 and was released to the public the following year. Despite a budget of $13.3 million, Under the Skin made just $7.3 million internationally. With a 55% user score on rotten tomatoes, Under the Skin underperformed and was a complete failure by most metrics.

We still think you should see it.

What is the movie about?

Warning: this section contains extensive spoilers about the movie.

The story follows an extraterrestrial who takes on the form of a beautiful, seductive human woman (Johansson). The alien drives around Scotland, luring men into her van to send them to another dimension where they are reduced to nothing but meat in a void waiting to be consumed. The alien, to her surprise, starts to develop human-like emotions. She begins to question what she’s doing and, in a rebellious act, spares a man’s life. From that point on, she must flee from her handlers. As she goes into hiding, she struggles to adapt to a more human existence. She meets several men and the film becomes a commentary on mankind, femininity, and sexuality.

The movie is known for its abstract nature, use of surrealism, and its themes surrounding identity and the true nature of human existence. It’s also not for the faint of heart as some of the depictions are disturbing and extremely tragic.

Why should I go see the movie if it’s so terrible?

The movie was a box-office failure and didn’t perform well with general audiences, but that doesn’t mean that it’s a bad movie. Taste is subjective, and most critics actually loved the movie. It currently has an 84% on rotten tomatoes and an 80/100 on Metacritic. According to the rotten tomatoes summary, critics praise the film for its “absorbing imagery and a mesmerizing performance from Scarlett Johansson” and hail Under the Skin as a “haunting viewing experience.”

Mainstream audiences didn’t like the film because it isn’t an easy watch. It’s as surreal as it is disturbing. Without much dialogue, the film relies heavily on visual and thematic atmosphere to convey its themes, which some found to be confusing. The slow pacing and lack of traditional plot structure may have been a turn-off for some who were hoping for a more traditional sci-fi flick. Under the Skin forces the viewer to peel back the layers.

The film’s thought-provoking themes continue to be debated to this day. For instance, some reviewers argue that the movie is about race with the title “Under the Skin” referring to our shared likeness beyond pigment, while others argue that the film either succeeds or fails as feminist cinema. The notoriously powerful approach has earned the film a cult following despite its poor box-office performance. Some even call the movie a cinematic masterpiece.

Of course, this could just be interpreted as the view of nihilistic art snobs. One reviewer in the comment section of this article explained their annoyance with the film:

“Critics may love this kind of inchoate stuff because it gives them an opportunity to bloviate and pour their vain imagination into a film’s void. But I find it mediocre and insipid.”

But that’s why you should see the polarizing film. Challenge yourself, if you dare, with a movie that isn’t easy to watch or universally loved. You might hate it or love it, but you’ll definitely walk away with a strong opinion. At the very least, you’ll be reminded that Scarlett Johannson is more than just a spy in latex with superpowered boyfriends. But be warned, some scenes will make your skin crawl.