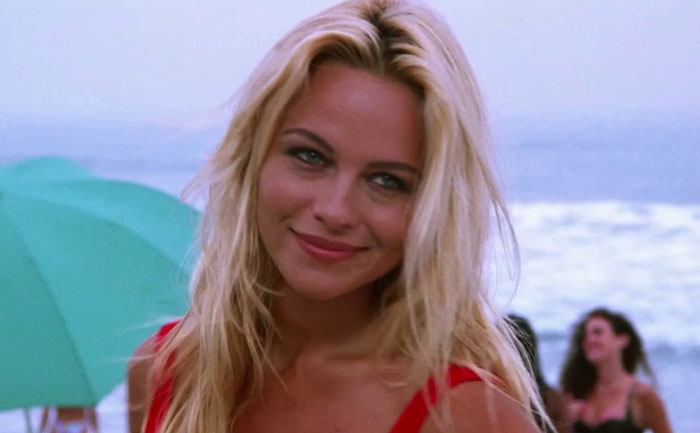 Whether you know her from Baywatch, her Playboy centerfolds, or Broadway – Pamela Anderson has been a household name for decades.

The Canadian model, actress and author was born on July 1st, 1967, in British Columbia to a waitress and furnace repair technician. She skyrocketed to fame in 1989 after she attended a BC Lions football game and was shown on the Jumbotron wearing a Labatt’s Brewing Company t-shirt. The company saw her and immediately reached out to hire her as a spokesmodel. After that, she appeared on the cover of Playboy Magazine in October of 1989. 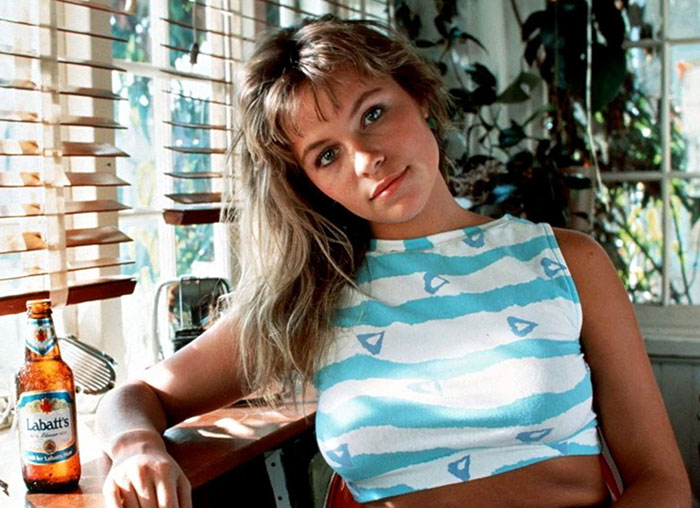 Anderson holds the record for being on the most Playboy covers with twelve total throughout her 22 yearlong career. 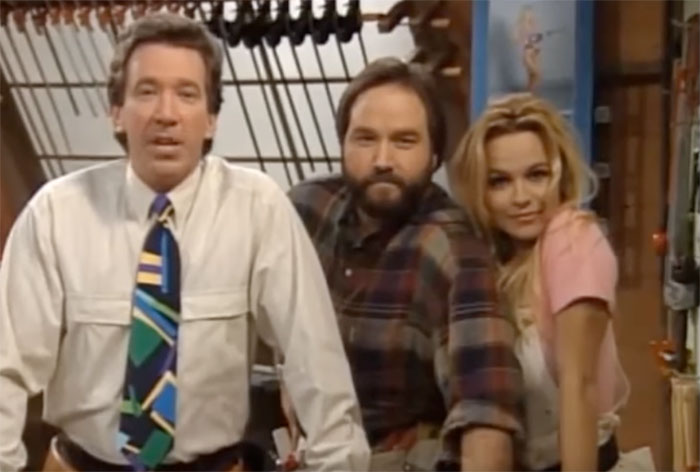 She began acting in 1990 and was featured on a few classic 90s sitcoms like Charles in Charge and Married with Children. Her first reoccurring was playing Lisa in the hit show Home Improvement. Lisa was the first “Tool Time Girl” of the series, her main duties were to introduce Tim Allen’s character, Tim Taylor, to his show and hand him tools when requested. While it wasn’t a titular role in the series, she gained enough media attention that she was scouted for a role on the popular TV show Baywatch. 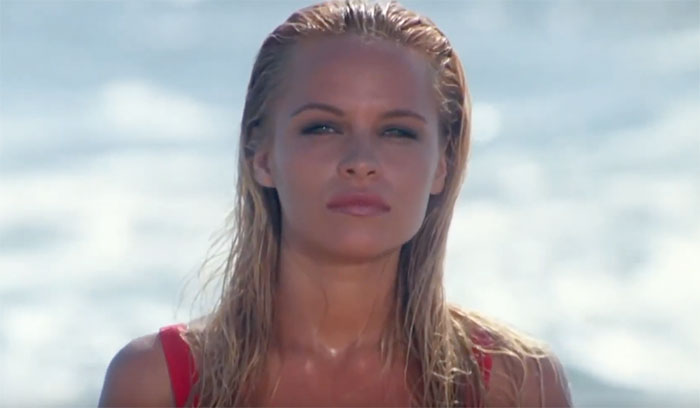 Perhaps her most notable role, Anderson starred as C. J. Parker on Baywatch. Her character was introduced in season 3 of the show, but she starred in 77 episodes and quickly became one of the public’s favorites. C.J. was a veteran lifeguard at the young age of 22 and one of the most experienced on the Baywatch team. She loved everything about the outdoors and being active, and her kind bubbly personality won everyone over.

Even though Anderson earned around $300,000 per episode towards the end of her stint on the show, she never watched it. Over the years she’s said in interviews that she wasn’t very confident about the role, even though she loved the time spent being active and filming in the water. When the 2017 Baywatch film was announced, Anderson expressed that she was less than thrilled about the idea. She didn’t think there was a need to reboot it, but she reprised her role as C.J. one last time. 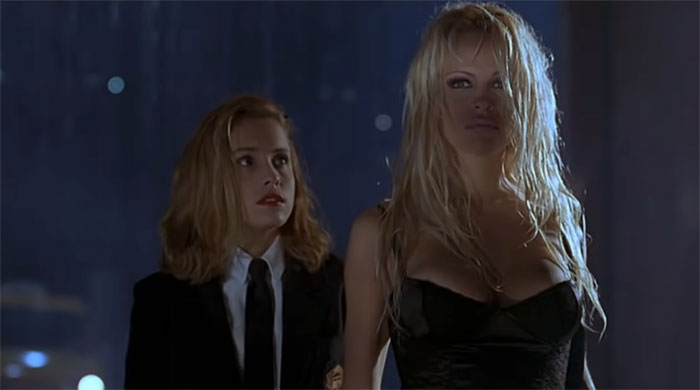 During her tenure on Baywatch, at the height of her popularity, Anderson starred in the movie Barb Wire in 1996, which was derided by critics and movie goers alike. The movie had a $23 million budget and only made $3.8 million at the box office. 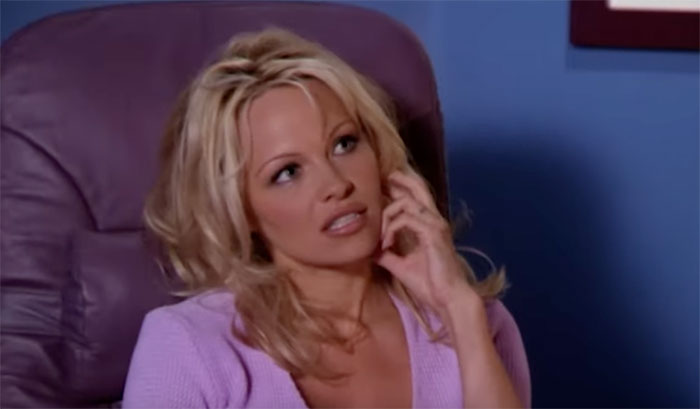 She’s made guest appearances on numerous television shows and movies, such as the live action Scooby Doo film and Scary Movie 3. Anderson also starred in her own reality TV series on HGTV, Pamela’s Garden of Eden, where she moved back to Vancouver and restored her grandmother’s property. 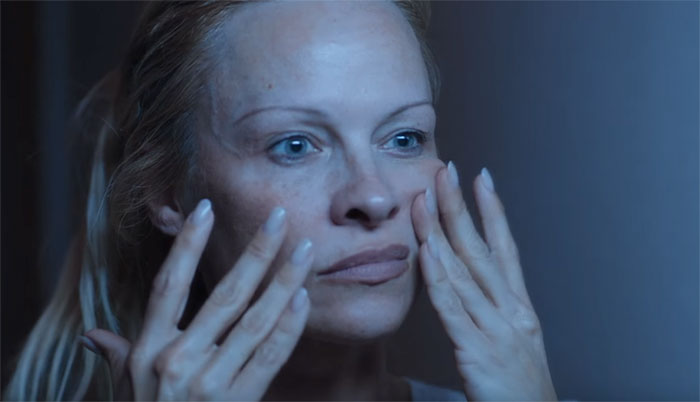 In 2017, she starred in a short film titled Connected where she was able to address some of the issues of living in a society so obsessed with appearance and self-image. Anderson commented on it saying “"I actually like aging. I have great older female role models in my life, including my amazing mom, who have glitz, glamour, and all sorts of fun. Getting older isn’t the end. I know I have so much to look forward to."

What is Pamela Anderson doing now? 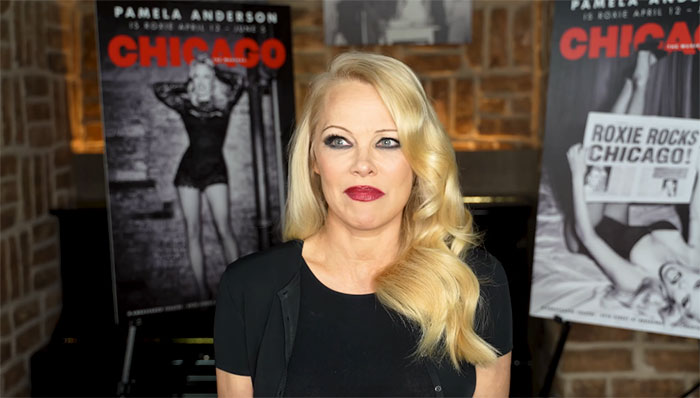 Her most recent credit is the role of Sheriff Rogers in the upcoming horror film Alone at Night. The film is about a cam girl who visits her friend’s remote cabin after a breakup to escape and focus on her work. The director, Jimmy Giannopoulos, said it was inspired by B movie nostalgia and he set out to make a movie he would have snuck into as a teen. It’s expected to be released January 20th, 2023.

Fans of the classic musical Chicago were surprised to learn that Anderson would take on the role of Roxie Hart in the Broadway production. She quickly proved herself a worthy Broadway star as she stole the show portraying Foxy Roxie Hart, a woman who wanted to get famous after murdering her lover. 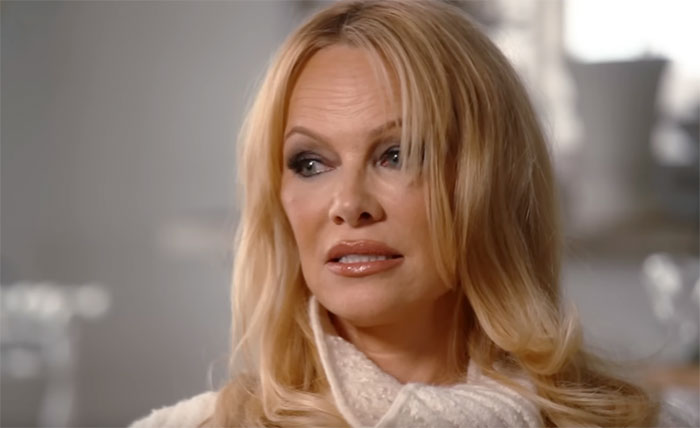 Aside from being a model, actress, and Broadway sensation – Anderson is also an author. A memoir titled Love, Pamela is set to be released through Harper Collins Publishing in January of 2023. Timed with the release of her book is a Netflix documentary titled Pamela, a Love Story. The book and documentary will serve as long-awaited retellings of some of the high-profile tabloids surrounding Anderson’s life. She will address her tumultuous relationship with rockstar Tommy Lee, how she has come so far and dealt with so many different obstacles and never let them dampen her spirits. 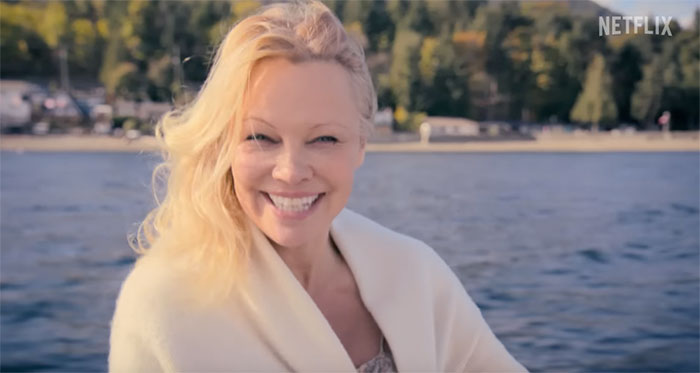 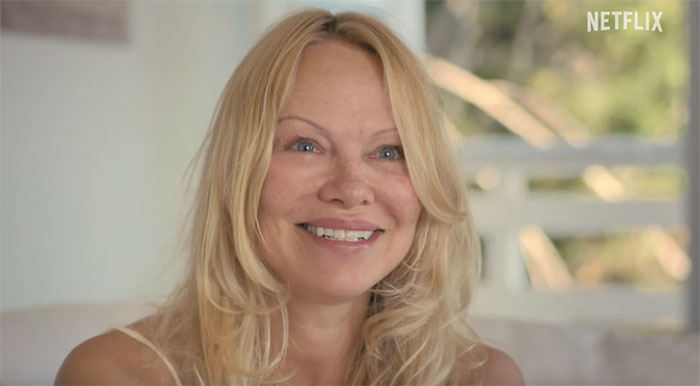 Anderson has been transparent with the media before about her personal life, such as her money troubles in recent years. Her net worth is currently twenty million dollars, but not long ago she was struggling. Due to her lavish lifestyle, frivolous spending, and unpaid taxes, Anderson was broke. Now, with her memoir, documentary, Broadway performance, and more screen credits she’s managed to overcome her debt and get back on her feet.

According to her ex-husband from their 12 day long whirlwind marriage, Jon Peters, he paid off all of Anderson’s debts before their divorce. Anderson’s publicity team denied the claims he made about their relationship. Peters claimed Anderon proposed to him in a text before their secret marriage ceremony. Quickly after being married, he paid off Anderson’s debts and bought her a brand-new wardrobe before realizing he wasn’t up to take part in her jet setting lifestyle. There has been no comment from Anderson about it.

Alyssa is a freelance writer from Philly. When she isn't working, she's either working on her own fantasy novel or playing an obscene amount of Stardew Valley.
More from Alyssa

Hire her on Upwork