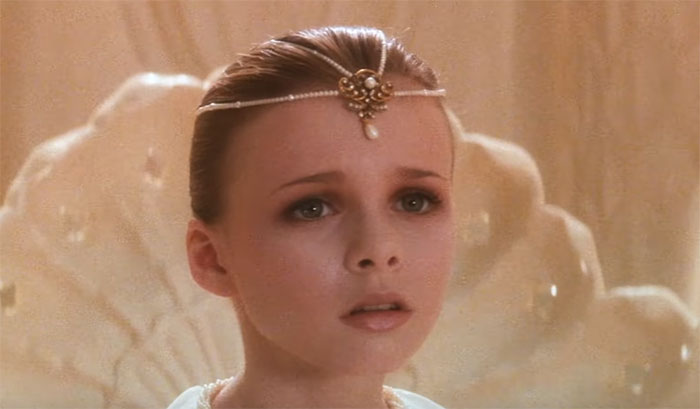 Known for playing the iconic Childlike Empress in The Neverending Story, Tami Stronach made a name for herself at a very young age. But what has she been doing in the 40 years since the film’s release? Let’s find out!

Stronach’s father, David Stronach, won the lottery and moved from Scotland to Iran to pursue a goal of becoming an archaeologist. There, he met and married fellow archaeologist Ruth Vaadia, who was from Israel. Stronach was born soon thereafter in 1972 in Iran and recalls fondly her time growing up in Tehran amongst archaeologists, writers, and ex-patriates.

In 1978, the Iranian Revolution forced the family to flee Iran and take refuge in Israeli. After a few years, David accepted a professorship at UC Berkeley, and the family moved to the United States.

Stronach describes her younger self as a “huge ham,” a quality that naturally led her to pursue acting. After moving to America, she started taking lessons in musical theater. While she was rehearsing for a play one day, a casting agent arrived for a meeting with her acting instructor and was impressed. Stronach was invited to audition for a little movie called The Neverending Story. 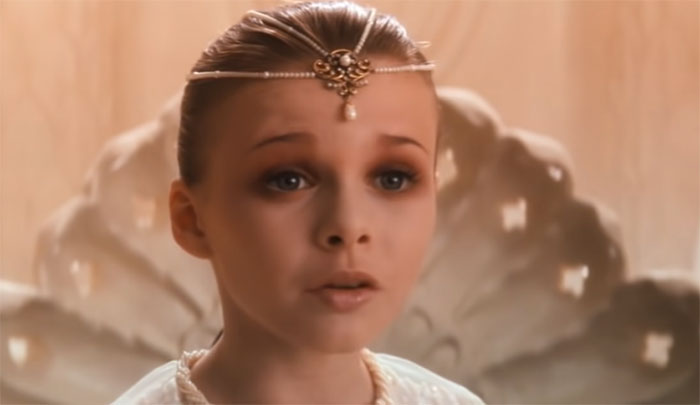 Because she went straight there from performing in a play that same morning, Stronach wore full Piglet makeup to audition for The Neverending Story.

She highlights the fact that she was totally unaware of the scale of the project she was auditioning for and just assumed it was a gig like many of the smaller acting jobs she had taken before. Still, she believes it was precisely this naivete that ultimately led her to beat out prominent actors, like Poltergeist star Heather O’Rourke, for the role of the Childlike Empress.

The NeverEnding Story was released in 1984, five years after the German novel upon which it is based.

In the film, a young boy named Bastian, played by Barrett Oliver, discovers a book telling the story of a warrior trying to save the land of Fantasia from destruction under an evil force called The Nothing.

Stronach’s character, the Childlike Empress, is an ancient being that rules over Fantasia and is powered by the names given to her through a child’s imagination.

In turn, her existence sustains the entire land; without her, Fantasia would be consumed by The Nothing. When her name begins to fade, the Childlike Empress sends the warrior Atreyu, played by Noah Hathaway, on a journey to find a cure.

Once Atreyu meets Bastian, he brings him to the Empress, who pleads with him, uttering the famous line: “Call my name. Bastian, please! Save us!”

Although she only appears in a few minutes of the film, Stronach’s emotional performance, unidentifiable accent, and unique appearance helped turn The Neverending Story into an instant classic and the Childlike Empress into an icon of 80s fantasy fare. 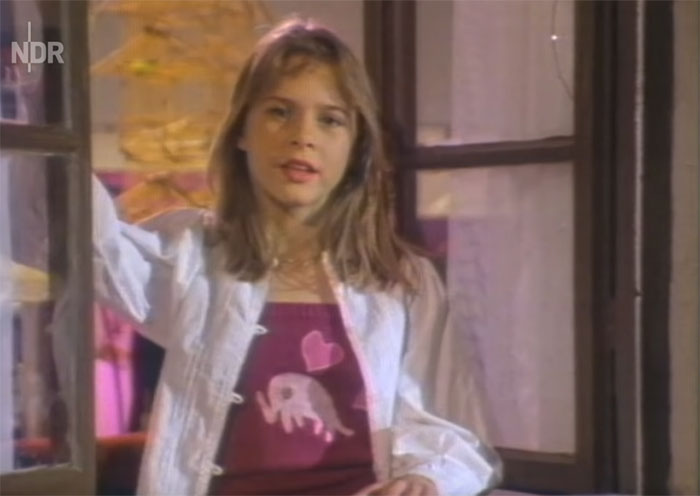 Following the success of The Neverending Story, Stronach’s parents realized they weren’t cut out to manage the young actress’ career, and Tami herself was turned off by the pressures and quirks of fame, so they decided to help her refocus her energy on her studies and other creative pursuits. 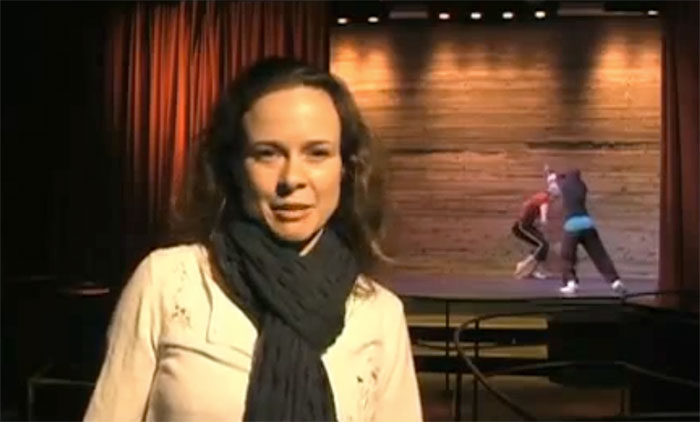 When she graduated high school, Stronach moved to New York and spent the next twenty years working in dance and live theater. She even founded her own dance company, called the Tami Stronach Dance Company, in 2000.

While balancing her dance and theater work, Stronach has also been teaching yoga lessons for the past twenty years. Her classes are affectionately titled Never Ending Yoga, a reference to her most famous work.

What is Tami Stronach doing now? 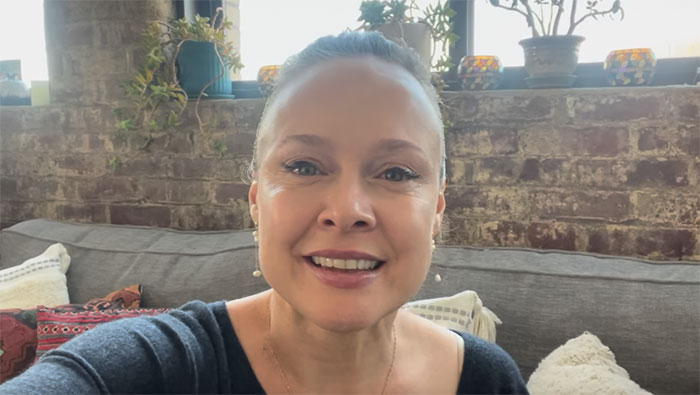 In 2018, Stronach returned to acting in the meta-drama film Ultra Low about a group of filmmakers trying to get their break in Hollywood. In the movie she plays a character named Tami.

Together with her husband, Stronach has spent the last few years writing, filming, and producing the fantasy feature film Man & Witch, currently in post-production. 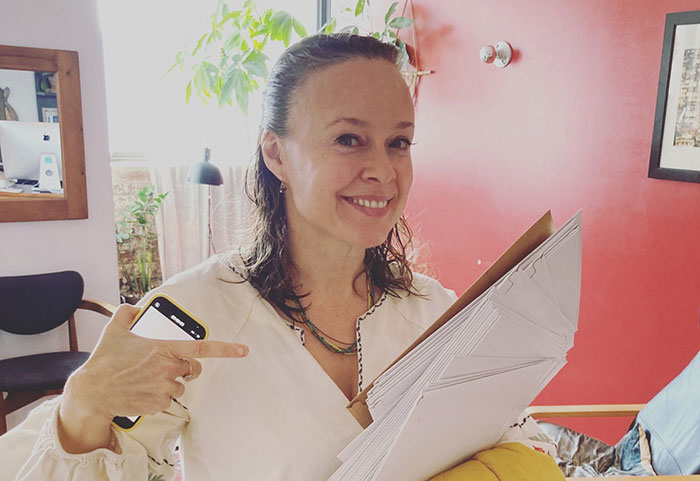 The movie tells the story of a witch who falls in love with a goatherder. Stronach hopes the film will pay lighthearted homage to 80s fantasy while also embracing feminist themes and challenging old tropes.

The film boasts an impressive slate of actors including Christopher Lloyd, Sean Astin, Michael Emerson, Eddie Izzard, Jennifer Saunders, and even Tami Stronach herself as the titular witch! 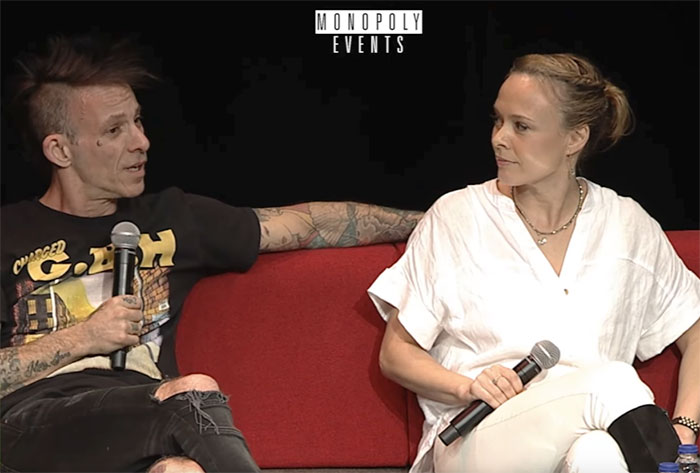 These days, fans can meet Tami Stronach at one of her many convention appearances or request a personalized video via Cameo.

It was at one of these conventions in 2019 that Tami was reunited with her Neverending Story co-star Noah Hathaway, who famously played the warrior Atreyu in the film. 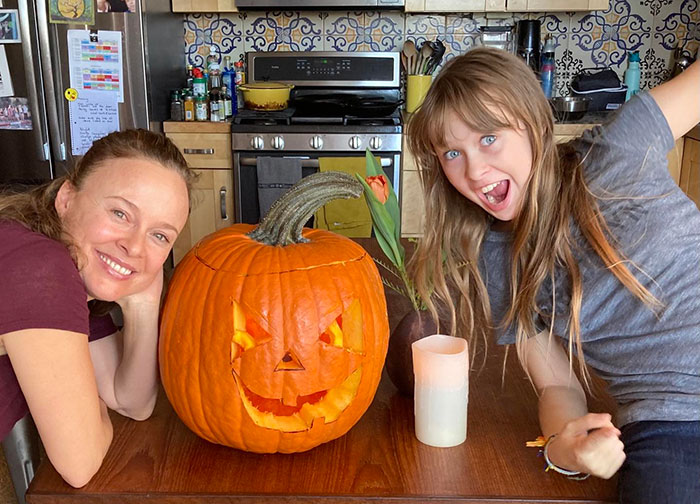 In 2010, Stronach married actor, producer, and writer Greg Steinbruner. They have a daughter, Maya, who was born in 2011. Five years after their daughter was born, the couple founded Paper Canoe Company to create family-friendly fantasy content.