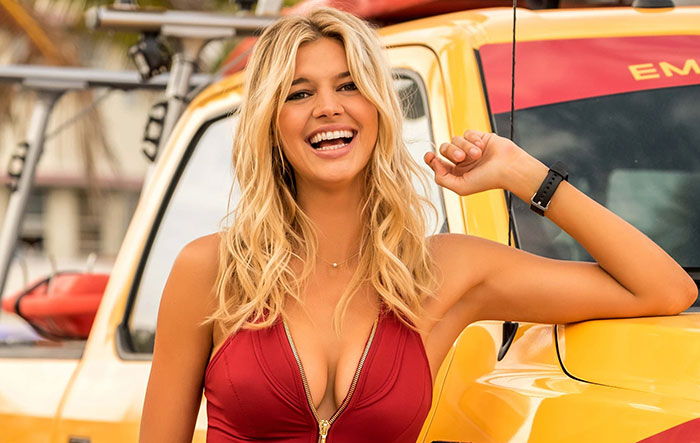 Kelly Rohrbach is an American actress and model known for portraying C.J. Parker, the role originally made famous by Pamela Anderson, in the 2017 Baywatch film. She enjoyed some success in film and television, but has not appeared in anything since 2019.

Where did her career go after Baywatch? Is she planning a return anytime soon? Let’s take a look at what Kelly Rohrbach has been up to and find out!

Rohrbach was born on January 21, 1990 in New York City and raised in Greenwich, Connecticut.

She attended Greenwich Academy, during which time she became interested in golf and began playing. Rohrbach was very talented and earned herself an athletic scholarship to Georgetown University.

After graduating from college in 2012 with a degree in Theater, she went on to attend the London Academy of Music and Dramatic Art where she continued to pursue acting. 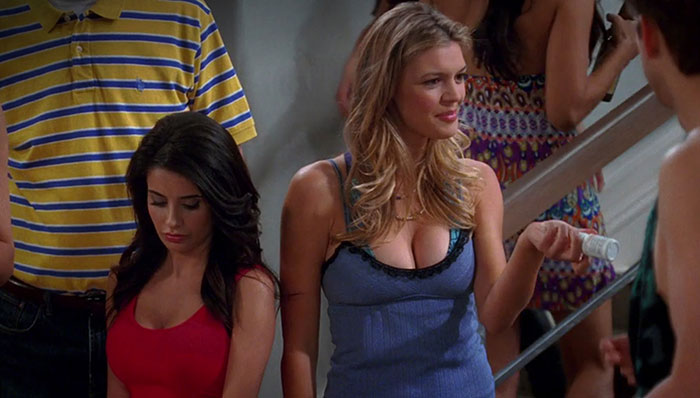 Between 2012 to 2017, Rohrbach appeared in several television serieses including The New Normal, Two and a Half Men, Rizzoli & Isles, and Broad City. She also worked in film with small parts in Wit, My Last Film, and Café Society.

After working in Hollywood for two years, she started professionally modeling, scoring campaigns with Gap and Old Navy. In 2015, she appeared in Sports Illustrated and was named “Rookie of the Year” by the magazine. 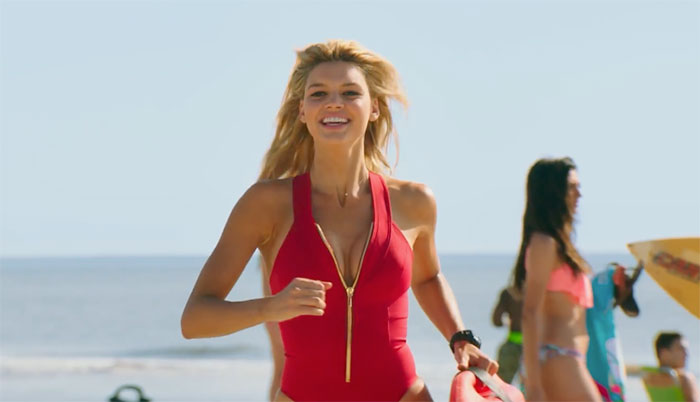 In 2017, the iconic red bathing suit made a comeback on the big screen. The Baywatch film, based on the television series of the same name, starred Dwayne “The Rock” Johnson, Zac Efron, and Alexandra Daddario. Rohrbach played the part of C.J. Parker, originally made famous by Pamela Anderson on the television show.

Unfortunately, the beautiful cast wasn’t enough to save this movie from being a box office bomb.

The film fell massively short of expectations and only debuted at $18 million domestically. On top of the box office flop, reviews were abysmal as well.

Peter Travers for Rolling Stone said, “Think of yourself sitting down for a big two-hour wallow in instant stupid with a vat of popcorn, slathered in fake butter and possibly a mound of melted M&Ms on top. It feels great chugging it down, then your stomach hurts, your head aches and you puke the whole thing up so you can forget about it in the morning. That’s Baywatch in a nutshell.”

It seems like even the Baywatch lifeguards couldn’t resuscitate this film.

Rohrbach continued to pursue acting after Baywatch. She had a cameo as herself in the movie Ocean’s 8 and a role in the film A Rainy Day in New York. 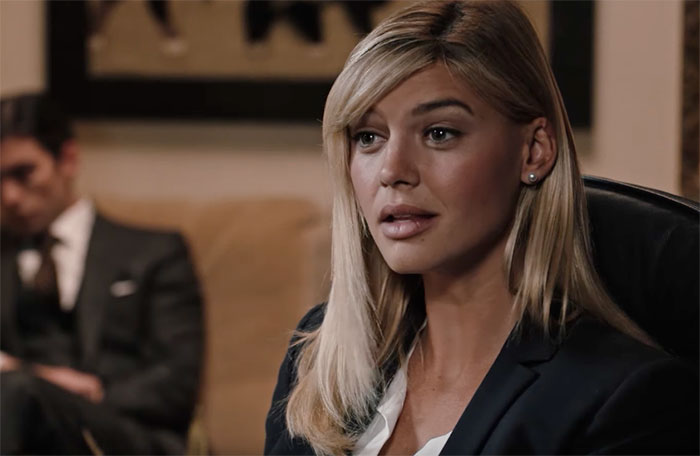 In 2019, she had a recurring role as Cassidy Reid, a prosecutor and former rodeo queen, on the Paramount Network series Yellowstone. It would be her last acting role.

So why did Kelly Rohrbach stop acting? 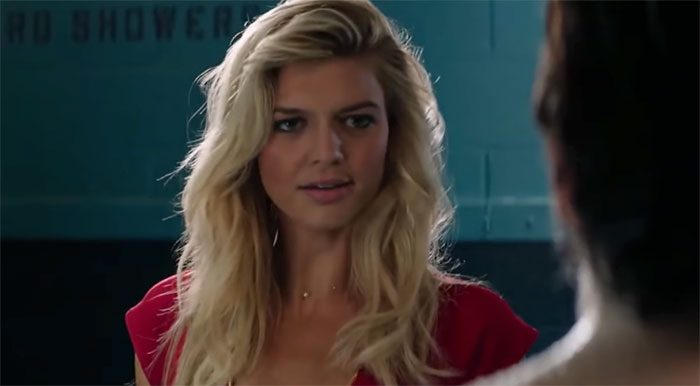 One possible explanation as to why we don’t see Kelly Rohrbach anymore is because of some allegeded diva behavior.

While promoting the Baywatch movie, an insider claimed that Rohrbach exhibited entitled behavior which prevented her from receiving offers for new roles.

Speaking to Fox News, the insider said, “[Rohrbach] thought she was better than everyone. There was no love lost between her and the rest of the cast.”

Another source close to the film said of Rohrbach, “Hollywood’s full of difficult stars. But she’s just not at that level in her career where people have to put up with that.”

When Fox News attempted to get a statement from Rohrbach or her management regarding the allegations, they did not receive a response.

Was she a diva or just misunderstood? We may never know.

Another possible reason we don’t see Kelly anymore is because she’s focusing on her family life. 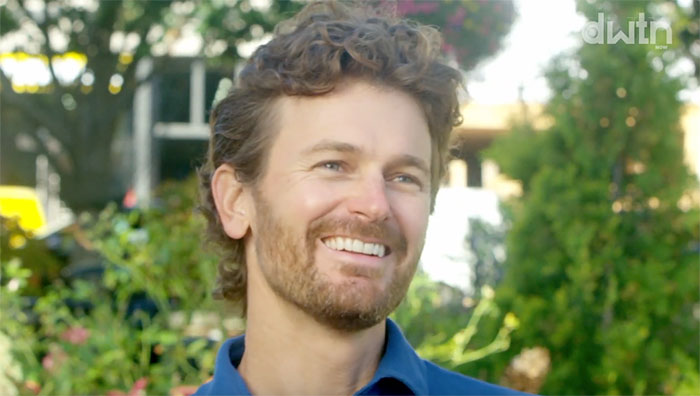 In 2019 Rohrbach married Steuart Walton, an American businessman and attorney. In case you’re wondering, yes; it is the same Walton family famous for founding WalMart superstores.

Walton, who currently is the Director of WalMart, has an estimated net worth of $300 million, while the Walton family is worth much more. Billions, in fact. With a B.

That money would come in handy in 2021, as Rohrbach and Walton announced that they were expecting their first child together.

There are currently no photos of the couple’s baby boy on Rohrbach’s Instagram account, and it seems that Rohrbach is enjoying her private life away from the spotlight. 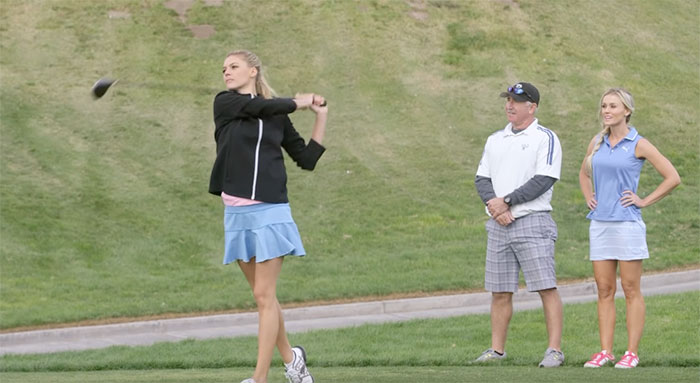 Whil you might not catch Kelly on the big screen, you might catch her on the putting green.

In 2018, Rohrbach reminded the world that she was more than an actress and a model. She was a real athlete as well.

Rohrbach attended the AT&T Pebble Beach Pro-Am as one of nine women to compete. In years prior, the competition was notoriously dominated by men. 2018 marked its strongest showing of women with Rohrbach at the forefront.

Rohrbach’s father, who first introduced her to golf as a child, was with her at the tournament.

When speaking about his daughter, it was clear he was one proud papa–

“I always wanted to play in this myself,” he said. “It’s a good showcase for her. She has unique talent. She’s a good golfer and a successful model and actress.”