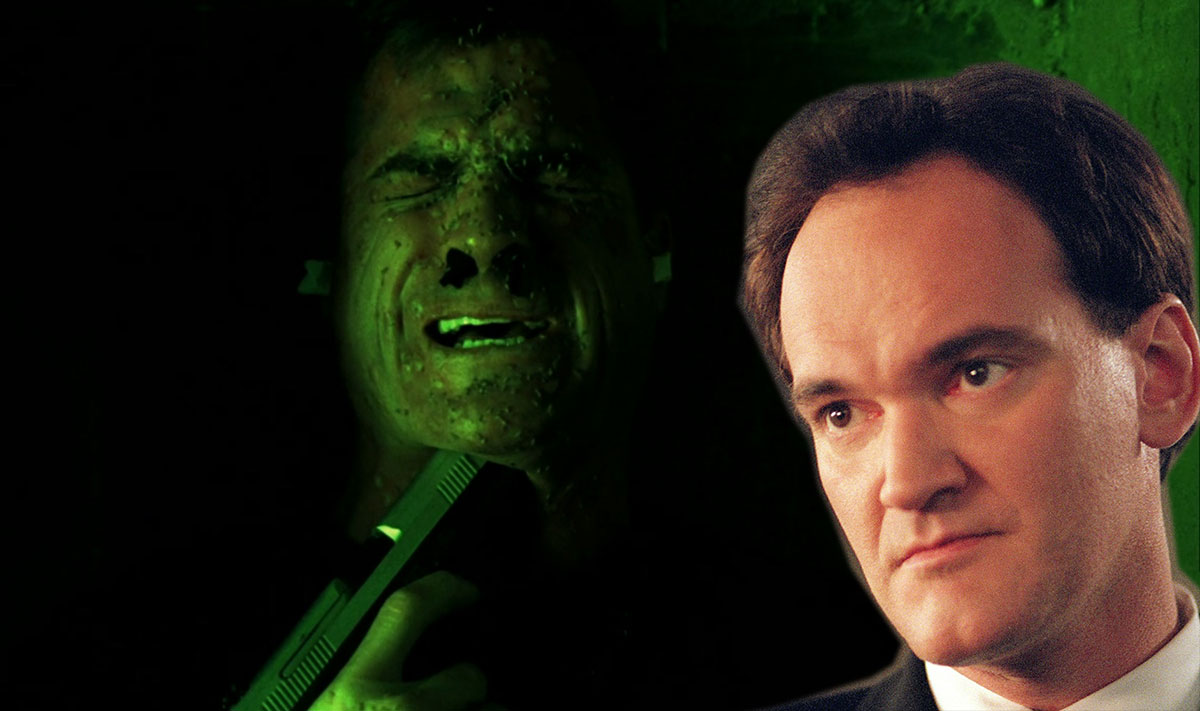 You probably know Quentin Tarantino as the critically acclaimed, rebellious filmmaker behind such iconic films as Pulp Fiction, Reservoir Dogs, and Inglourious Basterds.

His name doesn’t exactly scream “network television”, so it might surprise you to know that, once upon a time in 2005, Tarantino directed the two-part fifth season finale of the forensics crime drama CSI.

How did it come to be?

This actually wasn’t Tarantino’s first time as a television director. Back in 1995, he directed an episode of the hit television show ER titled “Motherhood.”

A decade later, CSI executive producer Carol Mendelsohn got wind of the fact that Tarantino was a CSI superfan, watching every episode of the series: “Word spread like wildfire that Quentin Tarantino was watching and we all took such pride in that, and eventually we started to think if he’s such a big fan, why don’t we ask him to write and direct a show.”

From there, it was just a matter of time. One might assume that the audacious director would feel confined by the limitations of network television but this was far from the case. Like his hit film Django, Tarantino felt unchained.

“It wasn’t a challenge in that regard because … I like the show,” Tarantino explained. “I just wanted to do my episode of it. So the format was all the stuff I embrace. I just wanted it to be bigger, to feel in someway like a ‘CSI’ movie.”

And that’s exactly what happened. The two-part finale was titled “Grave Danger” and to make the episodes even more cinematic, they were titled Vol. 1 and Vol. 2 in reference to Tarantino’s Kill Bill films. The rumor was that Quentin was actually binge-watching the crime series while directing the Kill Bill movies. 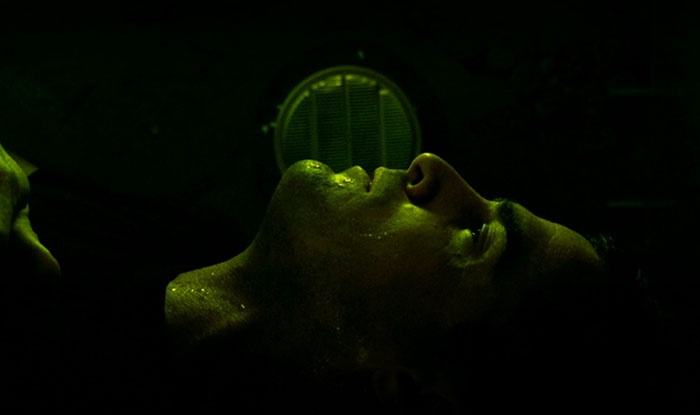 In the opening to volume 1, investigator Nick Stokes is kidnapped while examining entrails and evidence at a crime scene. He’s snatched from behind and a cloth is placed over his mouth.

Police dogs follow Nick’s scent to an empty parking space and his team determines that the assailant was driving a Ford Expedition. They also learn that the intestines belonged to a dog, seemingly a trap to ensnare the investigator. As his team continues to follow the evidence, Nick wakes up inside the coffin with his own service pistol. He’s been buried alive and must decide between taking his own life or dying from lack of oxygen.

Back at CSI headquarters, Nick’s team receives a ransom note and a webcam that reveals the horrors inside the coffin. The team must act quickly before Nick runs out of oxygen. They deliver the ransom, only for the suspect to blow himself up upon delivery.

Volume 2 picks up where the first episode left off, with the team scrambling to save their colleague in the “nick” of time.

The finale was number one in the Nielsen ratings at the time, reaching a height of 35 million viewers during its peak. That’s about twice as many viewers as The Apprentice, the second most-watched show at the time.

The reception of the episodes was largely positive, with critics praising Tarantino’s visual style and his ability to infuse the normally formulaic crime procedural with a sense of tension and horror. TV Guide ranked the episode(s) #47 on its list of the 100 Greatest Episodes back in 2009.

The director’s CSI volumes prove that storytelling prowess works across mediums and doubting Tarantino’s television skills would be a grave mistake.

The Best Community Episodes Directed by the Russo Brothers5 Highly Underrated Futurama Episodes That Many Fans Have OverlookedThe Big Bang Theory Cast's Post-Show Careers, RankedWhich Firefly Cast Member Had The Most Successful Career After The…Yellowstone: The One Character That Almost Ruins The ShowHere’s What We Know So Far About Melissa Rauch’s New TV Show, Night…The Good Place Cast's Post-Show Careers, Ranked'The One' Reason Fans Rejected The Rings of Power But Loved House of…The Fans Have Spoken and Revealed their Favorite Moment from The Big…