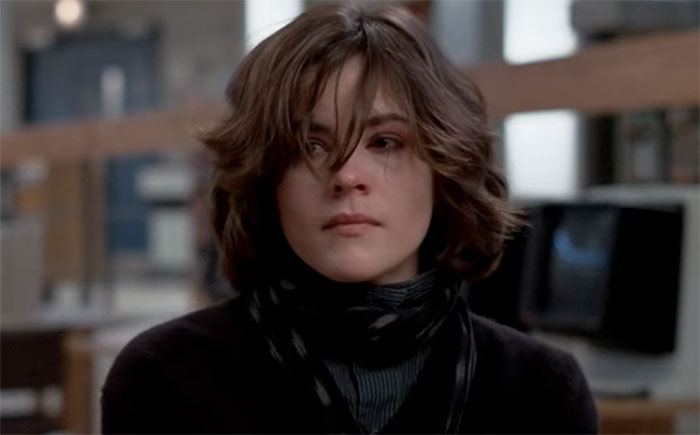 “Don’t you forget about me.”

If you’re the right age or just a movie aficionado, those words likely invoke the image of Judd Nelson triumphantly pumping his fist up to the sky at the end of the classic film The Breakfast Club. The Breakfast Club cast was full of ‘80s icons; one of them being Ally Sheedy.

Alexandra “Ally” Sheedy is an American actress who made a name for herself acting in many films and movies as part of the legendary Brat Pack. Her most iconic role is that of “The Basket Case” in The Breakfast Club.

We haven’t forgotten about Sheedy. Have you?

Let’s recap her career and see what she’s up to now!

Ally Sheedy was born in New York City on June 13, 1962. She was raised in an interfaith household (Jewish and Catholic) before her parents divorced in 1971.

Sheedy attended the Bank Street School for Children and then Columbia Grammar & Preparatory School in New York City and graduated in 1980. Sheedy developed an interest in ballet at an early age and then attended the American Ballet Theatre when she was six years old. Sheedy hoped to become a professional dancer as an adult.

Ultimately, she gave up dancing in favor of acting and started being coached by acting teacher Harold Guskin. Guskin had previously coached Glenn Close and James Gandolfini.

While pursuing her acting career, Sheedy wrote and published a book entitled “She Was Nice to Mice” at the age of twelve. The book would become a best seller for publishing house McGraw-Hill Education.

At eighteen, Sheedy moved to Los Angeles, California and enrolled at the University of Southern California. After three years, she earned a BFA degree in acting. 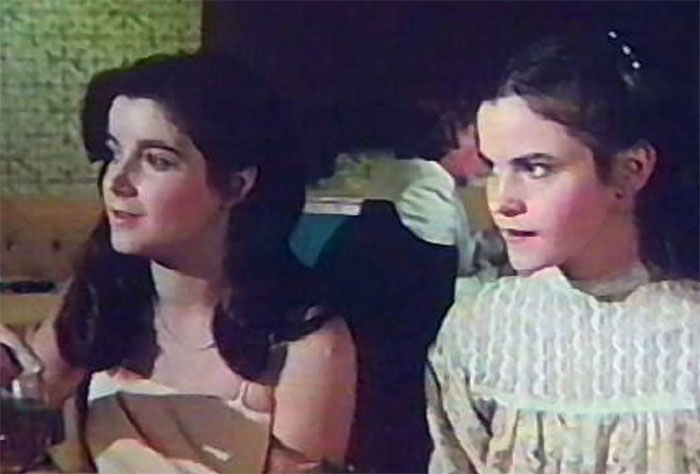 Sheedy’s first acting credit came when she played Cathy on CBS Afternoon Playhouse for one episode. She continued to act in television from 1981 to 1982, appearing in seven television shows or made-for-television movies including The Best Little Girl in the World, The Day the Loving Stopped, Chicago Story, and St. Elsewhere. 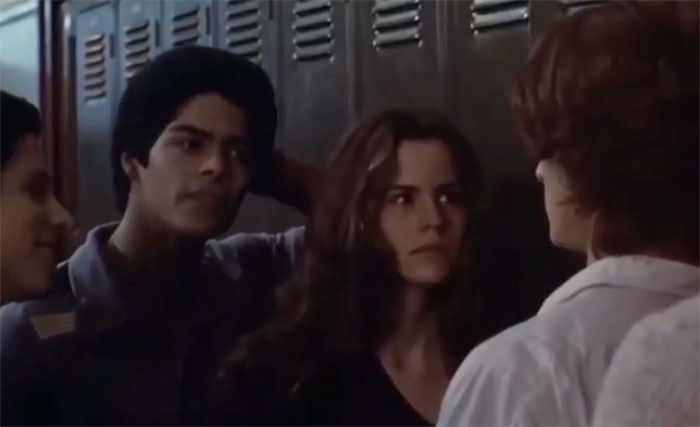 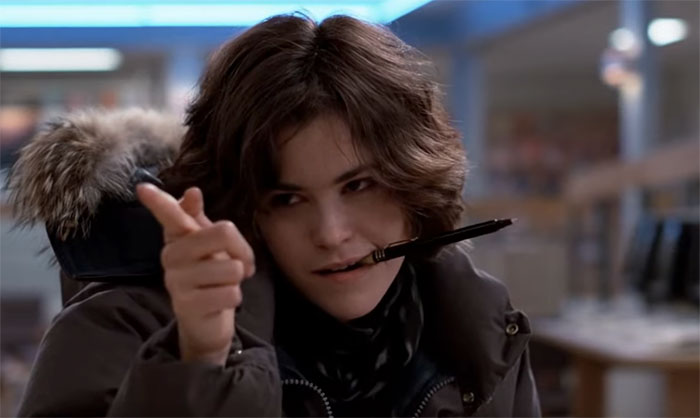 Two years later, Sheedy landed her most memorable role and portrayed Allison Reynolds in the John Hughes’ film The Breakfast Club. The film starred several ‘80s pop culture icons, including Molly Ringwald and Emilio Estevez, and centered around a group of teenagers sent to Saturday detention for various reasons.

Sheedy’s role as “The Basket Case” along with stellar performances from the ensemble cast helped launch the film into cult classic status. The movie was ranked number thirty-eight in Empire’s magazine article The 500 Greatest Movies of All Time. Similarly, Entertainment Weekly ranked it as number one in their list of the 50 Best High School Movies. 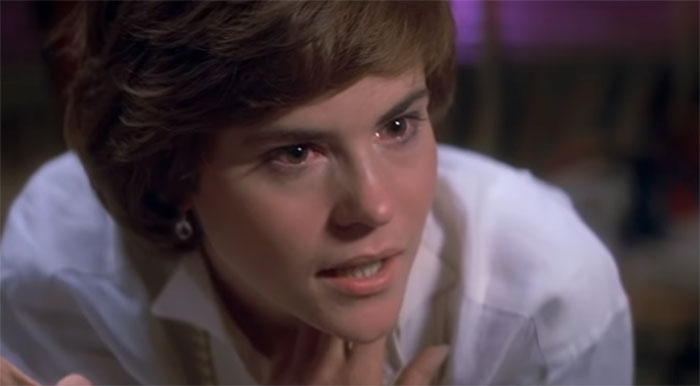 1985 would continue to be a fruitful year for Sheedy as she went on to star in St. Elmo’s Fire. The coming-of-age film would provide a mini-reunion of actors from The Breakfast Club, as Emilio Estevez and Judd Nelson were also cast in the movie.

Sheedy played Leslie Hunter, a budding architect and girlfriend of Judd Nelson’s character. The star-studded cast, including Demi Moore, Rob Lowe, and Andi MacDowell, was not enough to save St. Elmo’s Fire from the critics, who predominantly burned it with bad reviews. 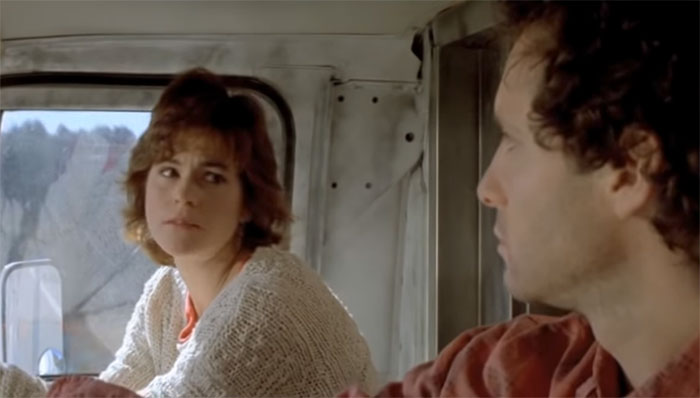 In 1986, Sheedy got the leading role of Stephanie Speck in the science fiction comedy Short Circuit. The film revolves around a robot named Johnny 5 who is struck by lighting, gains human-like intelligence, and escapes the military facility he was created in to the chagrin of his creator.

Short Circuit debuted at number one at the box office and was the number one home rental video in 1987.

First mentioned in New York Magazine in 1985, The Brat Pack, a play on the name Rat Pack, was a name given to the group of young actors who regularly appeared together in teen-oriented films. Along with Sheedy, the Brat Pack included Emilio Estevez, Anthony Michael Hall, Rob Lowe, Andrew McCarthy, Demi Moore, Judd Nelson, and Molly Ringwald.

The term has persisted to this day and Sheedy is still considered to be a member of the Brat Pack, but, when speaking to Independent in 2020, Sheedy said that the girls who were labeled as part of the Brat Pack weren’t hanging out with the male members of the group.

In fact, her being associated with the Brat Pack made her feel uneasy–

“The ladies weren’t there! I think he got one particular angle (Mark Blum who coined the name) when the truth is that the guys would hang out a bit, but we weren’t hanging out as one big group. We weren’t young actors running around town spending all our time together. I thought it was a little gossipy and undermining, and I didn’t know that it was going to stick the way that it did. It was uncomfortable for quite a long time.” 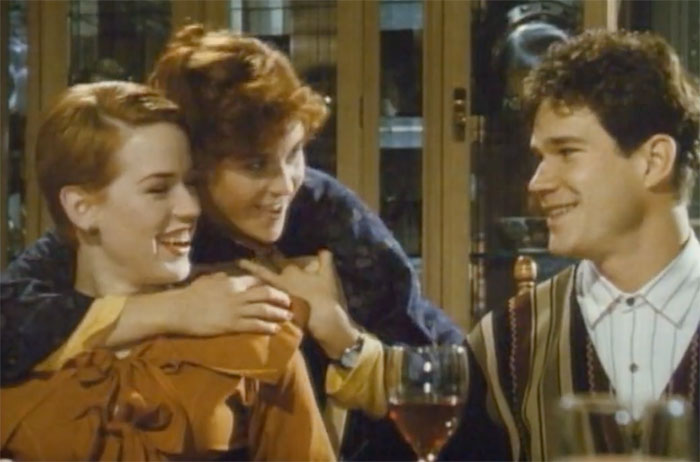 Sheedy worked consistently through the ‘90s with roles in both television and film.

In 1990, she worked with Molly Ringwald again in the romantic comedy Betsy’s Wedding. That same year, she had a starring role as Cayce Bridges, a girl with the gift of telepathy, in the horror/suspense film Fear.

Her roles on the big screen were predominately in dramatic films including High Art, Sugar Town, and The Autumn Heart. As for the small screen, Sheedy worked on many made-for-TV movies between 1992 and 1999 like Ultimate Betrayal, Parallel Lives, Country Justice, and Buried Alive II.

Sheedy had bit parts in television serieses such as The Hidden Room and The Outer Limits. 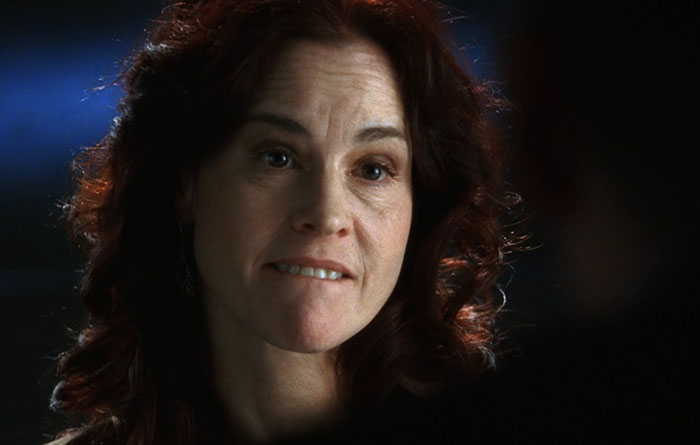 Sheedy kept acting regularly all throughout the 2000s with roles in the films Happy Here and Now, Day Zero, Steam, Harold, and Little Sister, and more.

Prior to those roles, she appeared on episodes of Oz, Once and Again, The Dead Zone, and CSI: Crime Scene Investigation. Like her roles in the ‘90s, it would appear that the 2000s did not yield any popular or well-known roles like the ones she was cast in during the ‘80s.

What happened to her career?

According to Sheedy, she felt a bit directionless in her career and longed for roles she wasn’t being offered. Speaking to People, Sheedy discussed why she struggled to find success later in her career–

“When I was in my 20s, roles were coming to me beautifully flowing but there was a period when I didn’t know what I was doing. I wanted to be Debra Winger but I [was offered] one comedy thing after the next.”

What is Ally Sheedy doing now? 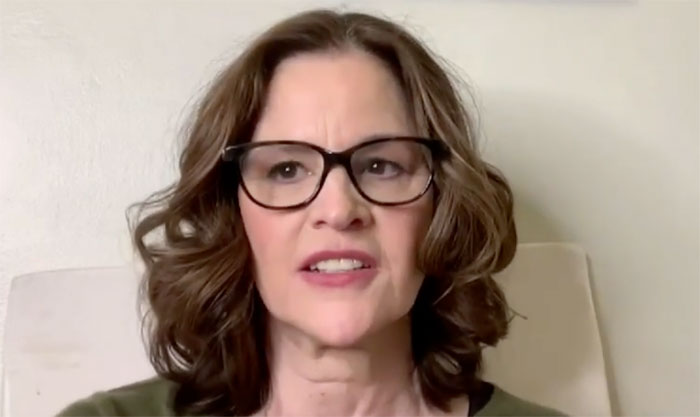 Sheedy continues to act, albeit with less frequency than she did in the ‘80s, ‘90s, and early 2000s. In 2016, she had a cameo appearance in the superhero film X-Men: Apocalypse where she played Scott Summers’ teacher. 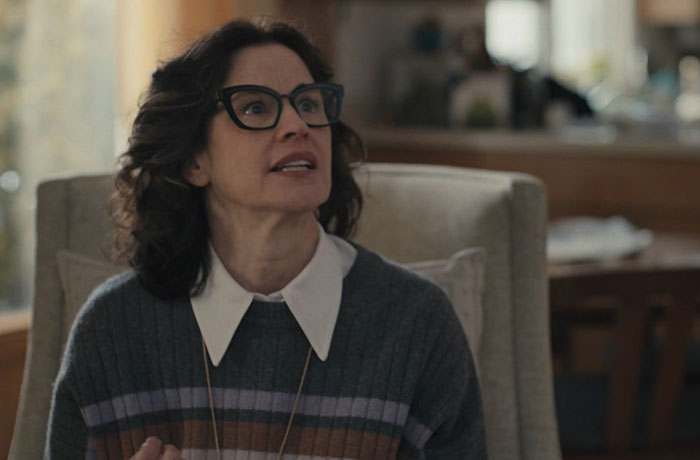 She did not act in anything again until 2022 when she was once again cast in a main role as Carol in the comedy Single Drunk Female on Freeform. Carol is the mother of Samantha, played by Sofia Black-D’Elia, an alcoholic who, after a very public meltdown, landed her in legal trouble and must remain sober to avoid jail time.

Rotten Tomatoes has reported a 100% approval rating of the series. 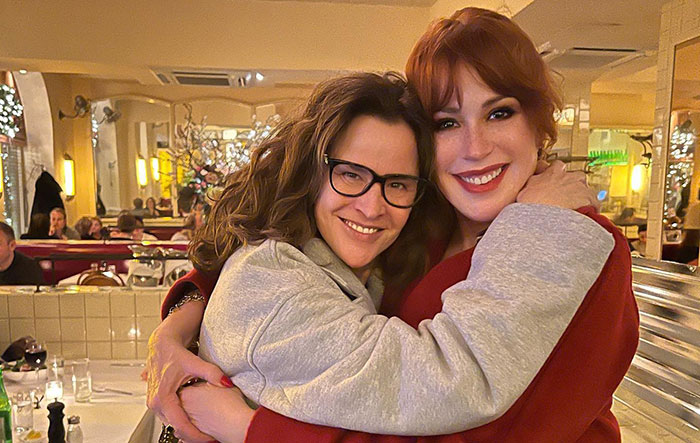 In December 2022, it was announced that another member of the Breakfast Club would join Sheedy as a cast member on Single Drunk Female. Molly Ringwald is set to guest star in an episode of Single Drunk Female where she will play Sheedy’s character’s perfect sister-in-law.

Speaking to Entertainment about working with Sheedy again, Ringwald was absolutely thrilled–

“Acting with Ally Sheedy is like being with a member of my family. We have so much history we barely need to even speak. The challenge is trying not to cry! Getting to be on set with her again was one of the best parts of my year."

Teaching the Next Generation

Sheedy has added “teacher” to her lengthy resume. She has been teaching acting at City College in New York City and has enjoyed taking her students under her wing.

“I’m very open to talking about my experiences. And I have an affinity for them so much because they are the age I was when I was working," Sheedy said to People. “I’m telling them everything I wish I knew!”

Sheedy has continued to write professionally since she was first published at the age of twelve. She published a book of poems in 1991 called Yesterday I Saw the Sun.

Sheedy has also been quietly working as an editor. Using a pseudonym, she has been editing other writers’ books without the writer knowing her true identity.

On April 12, 1992, Sheedy married actor David Lansbury, nephew of Angela Lansbury. The two had a son together in 1994.

In 2008, Sheedy and Lansbury filed for divorce.