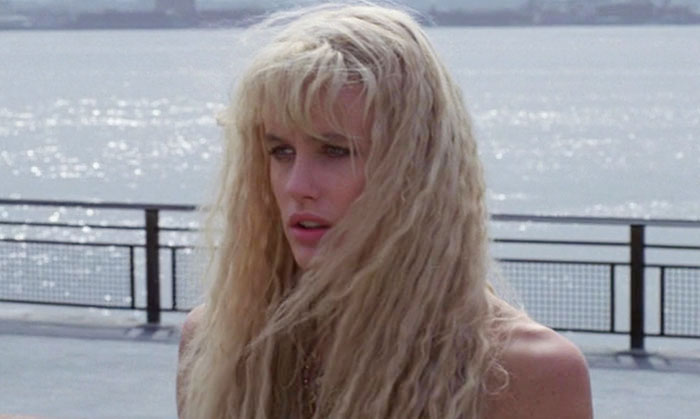 You may remember Daryl Hannah as an orange-tailed mermaid in the hit film Splash. Or perhaps her name brings to mind images of her as a one-eyed assassin in the American martial arts film Kill Bill. Whatever your memories of Hannah are, you may begin to realize that you haven’t seen her on television or film lately.

Once a famous actress who received equal fame for her off-screen antics (like dating John F. Kennedy Jr.), Hannah is much more elusive these days. Leaving fans wondering, whatever happened to Daryl Hannah?

Her mother, Susan Metzger, was a school teacher turned producer. Hannah’s father, Donald Christian Hannah, owned a barge and tugboat company. Her modest upbringing changed course when her parents divorced, and her mother remarried billionaire businessman Jerrold Wexler. The blended family continued to live in Long Grove, Illinois. There, Hannah claimed she had insomnia and was very shy, a combination that led to her watching lots of movies, sparking her interest in the silver screen.

Hannah struggled at school due to her shyness and proclaimed emotional isolation. She was diagnosed with autism and was almost sent to an institution with medical professionals’ prompting. However, her mother temporarily relocated her to Jamaica for a change of scenery before bringing her back to attend the Francis W. Parker School in Chicago. After graduating, Hannah went to Los Angeles’s University of Southern California to study acting and ballet. 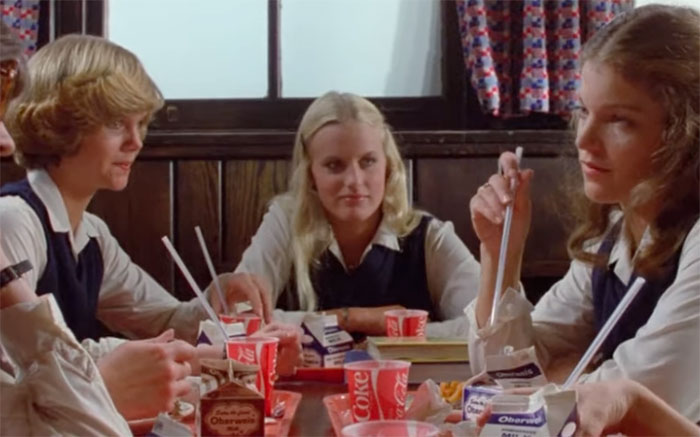 While finding her footing in Los Angeles, eighteen-year-old Hannah received her first acting role. She appeared as Pam in Brian De Palma’s 1978 horror film, The Fury, in 1978. 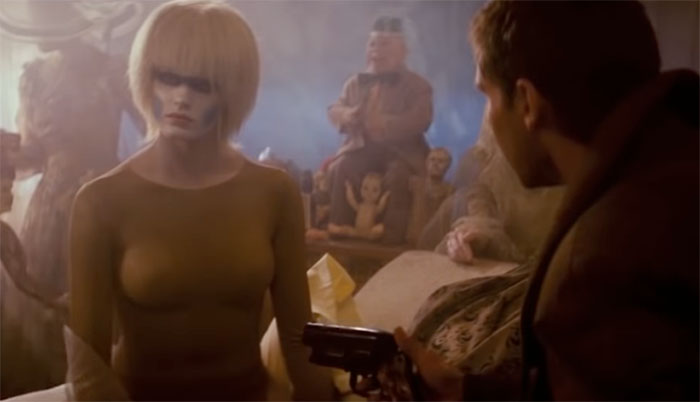 Nearly five years later, Hannah would act in two other dark movies, The Final Terror and Blade Runner. In the latter, Hannah performed her own acrobatic stunts as Pris instead of using a stunt double. During the summer of 1982, Hannah scored the leading role of Cathy Featherstone in the romantic comedy Summer Lovers. 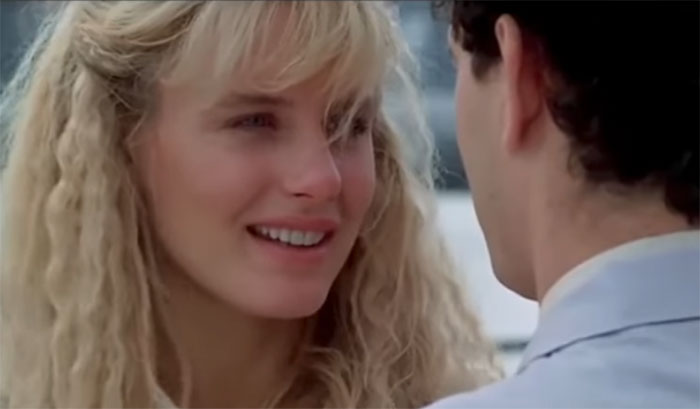 However, it wasn’t until 1984 that Hannah starred in her first big hit. The movie was Ron Howard’s romantic comedy Splash. Hannah played Madison, a mermaid, alongside co-star Tom Hanks. She received lots of recognition for the role and was nominated for a Saturn Award for Best Actress. 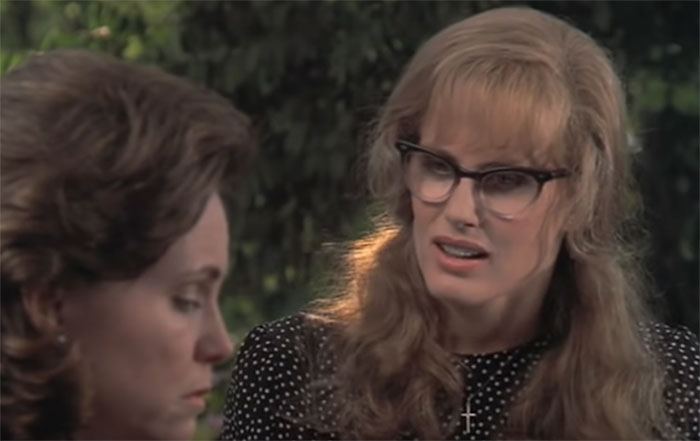 The 1980s would later be recognized as the peak of Hannah’s acting career. She had roles in major films, acting alongside big names, The Pope of Greenwich Village with Mickey Rourke, Wall Street with Charlie Sheen and Michael Douglas, Steel Magnolias with Julia Roberts, Sally Field, and Dolly Parton, and at the beginning of the 1990s, Grumpy Old Men with Jack Lemmon and Walter Matthau. 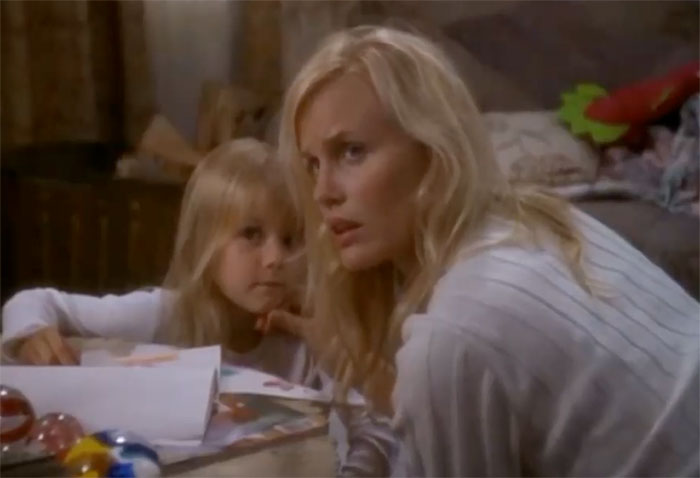 During the nineties, Hannah had a variety of minor roles. Like playing the school teacher Miss Crabtree in the film Little Rascals and reprising her role of Melanie Gustafson in Grumpier Old Men. A few of her movies, such as Addams Family Reunion, even went direct-to-video. Nevertheless, she was chosen by Empire magazine as one of the 100 Sexiest Stars in Film History in their 1995 list. 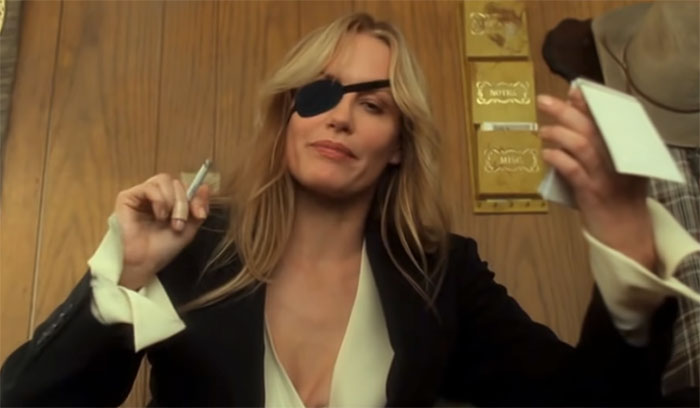 Then, in 2003, her efforts paid off when she was awarded the role of Elle Driver, a one-eyed assassin, in the American martial arts film Kill Bill. Hannah won a Saturn Award for her performance.

But, after Kill Bill, Hannah largely dropped off the radar.

The 2000s continued on, and Hannah primarily appeared in only TV films and miniseries, like Final Days of Planet Earth, on the Hallmark Channel.

The 2010s weren’t much better, finding Hannah Syfy Originals and for-TV movies. However, during this period, Hannah also tried her hand at other talents. Namely theater acting, writing, and producing. She is credited as a writer and producer in the film Paradox. Musician Neil Young was featured in the film, a fact that will become much more interesting in just a few paragraphs.

What is Daryl Hannah Doing Now? 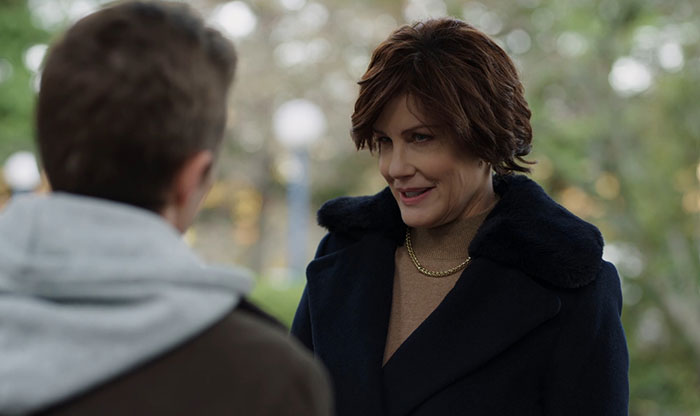 Recently, Hannah has appeared in The Now, a Roku Channel comedy series. But though her acting career may have gone quiet, Hannah still lives life to the fullest.

She has become an impressive environmental activist. Her weekly video blog, DHLoveLife, features sustainable solutions and showcases her home, which was built with green materials and runs on solar power. Hannah is also a vegan. Her activism has seen her arrested for protesting the destruction of an urban farm, as part of the crew of the MV Steve Irwin with the Sea Shepherd Conservation Society, and as a member of the World Future Council. 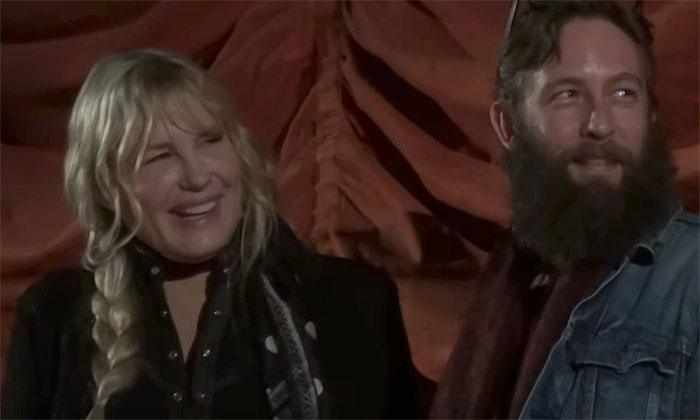 In addition to environmental activism, Hannah has spoken out on topics like human trafficking and sexual assault. She alleged that twice Harvey Weinstein pounded on her hotel room door incessantly after she wouldn’t return his calls. In fear of his advances, she escaped out a back door to a fellow crew member’s room.

Additionally, Hannah has spoken out defending Halle Bailey in her role as Ariel in Disney’s upcoming live-action rendition of The Little Mermaid. Showing her support for a fellow mermaid by stating, "The little mermaid is black…I met her." 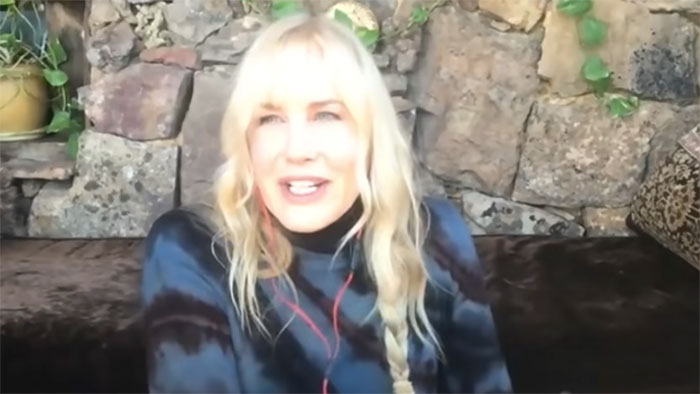 In 2013, Hannah revealed she is autistic and has been nearly her entire life. She also noted that the condition has primarily made it difficult for her to be the center of attention and appear at high-profile events. She said her "debilitating shyness" often prevented her from doing things like talk shows. It could possibly be cited as the reason for the turn in her career after her catapult to fame in the 1980s. However, Hannah reflects happily on her movies from the period, reuniting with her co-star in a chat hosted by Josh Gad in 2020.

During the height of her career, Hannah was known for being the girlfriend of John F. Kennedy Jr. They allegedly met in the 80s on St. Martin after being introduced by her stepfather Jerrold Wexler. The pair weren’t exclusive until around 1992 and broke up in the mid-nineties.

Hannah also dated musician Jackson Browne during this same period, from 1983 until around 1992. Their relationship was tumultuous, as evidenced by the unsubstantiated rumors that Browne abused Hannah. 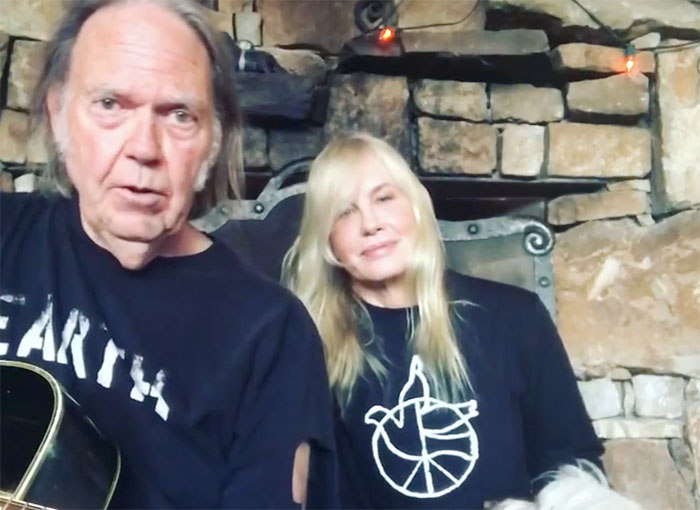 But allegedly, in 2014, when Hannah played minor roles in Netflix series and for-television films, she met musician Neil Young. At the time, Young was married to his wife of thirty-four years, Pegi. By July 2014, he had filed for divorce. The world was shocked when in 2018, Hannah and Neil Young married, letting the world in on the secret that they had been dating for the past four years.

Today, Hannah and her husband work closely with one another on projects. For example, Hannah directed a documentary about her husband’s album, Barn. The two regularly exercise their creativity and post about it on social media as well.

While Hannah may have stepped away from the silver screen, she has not stepped entirely out of the spotlight. Her political activism and jaw-dropping relationships continue to put her in the headlines. And we must say, the blonde bombshell looks as stunning today as she did while enjoying the beach in Splash nearly forty years ago!