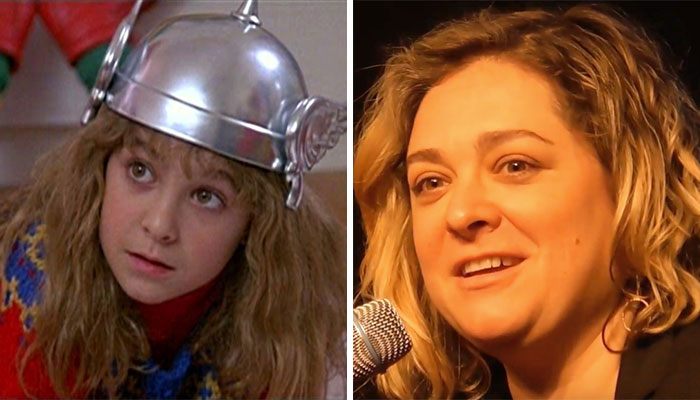 When we think of the late 1980s, does any famous actresses pop into our head? Some stars that pop into mind can be Demi Moore, Sophie Marceau, and even Molly Ringwald. However, many of us tend to forget other stars that didn’t stick around after the 1990s.

But what happens to these stars after they appear in iconic films? Do they just quit acting for good, or do they go on to doing some meaningful work in film or other fields? With so many questions, it’s almost exciting to know more about where some of these stars end up.

One of the notorious actresses back in the late 1980s is Maia Brewton. Maia is one of the stars that has since made minor appearances in modern films since she departed from the entertainment industry.

So, if you’re curious about Maia Brewton, keep reading, and we’ll give you an exciting update on how her life has been.

Who is Maia Brewton?

Maia Brewton is an American actress who starred in numerous shows in the late 1980s and early 1990s. She is a formerly known teen actress mainly known for her role as Sara in the film ‘Adventures in Babysitting’.

The enthusiastic teen who led the Adventures in Babysitting film was born on September 30, 1977, in Los Angeles, California, the U.S.

During her entertainment years, Maia was nominated for six different awards. However, Maia only won one in 1988 as the best young actress in a motion picture for comedy for her role as Sara in Adventures in Babysitting.

What Roles Did Maia Brewton Have in Film & TV? 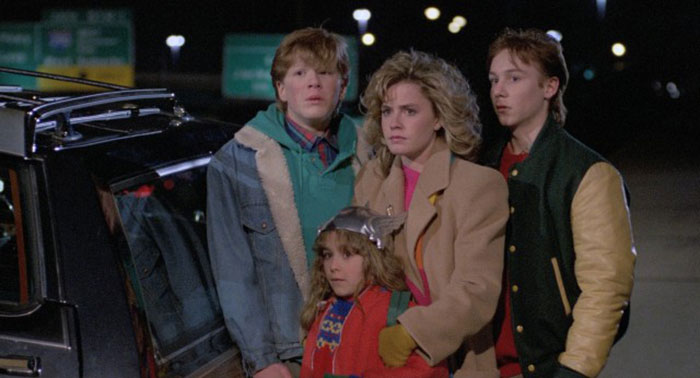 Maia Brewton is an American actress best known for her role in Mighty Thor obsessed Sara Anderson in 1987 Adventures in Babysitting.

Maia Brewton started acting in minor roles in other TV series and films when she started out.

Her first role was on a TV Series called Blue Thunder, where she played a character named Kathy.

These two roles were mainly appearances but would later influence her landing roles as a leading actress. In future shows and films, she would later get lead roles alongside other influential actors such as Michael J. Fox and Pamela Sue Martin.

In 1988, Maia landed her second role starring in a huge film called Back to The Future. Her character was Marty McFly’s little sister Sally Baines.

While she didn’t get a lot of screen time in the movie, she still made a lasting impact as the film would be an everlasting classic in the time travel film genre. 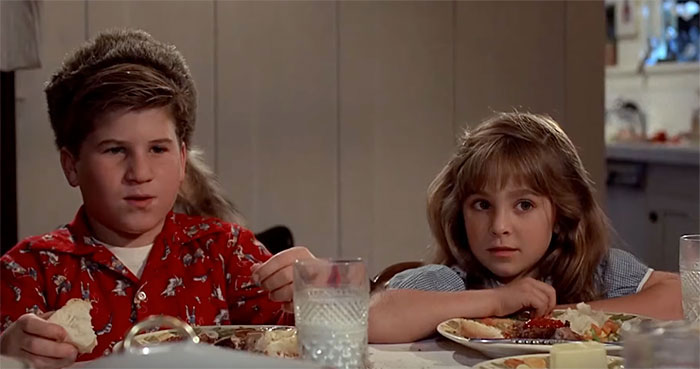 Her next significant role would be from 1990 to 1993, where she played Shelly Lewis on Parker Lewis Can’t Lose.

She also scored other leading roles, such as staring in Dolly, playing a young Dolly Parton. And also starred in the first 21 Jump Street as Maureen Maroney in 1989. 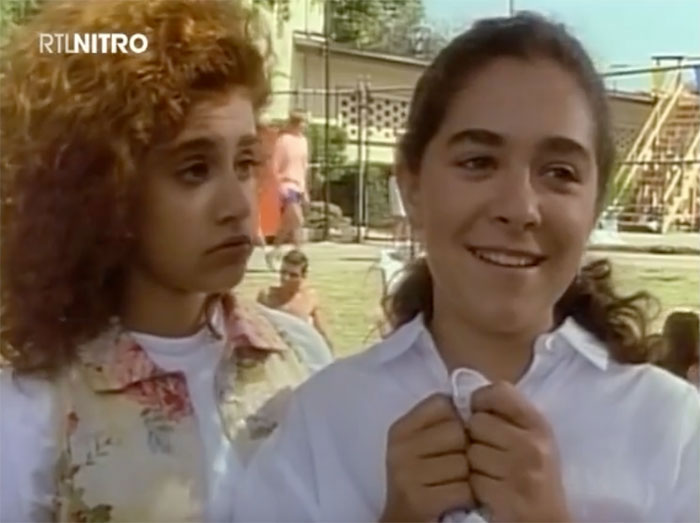 What Happened To Maia Brewton’s Acting Career After the 1990s?

Like many 1980 and 1990s actors and actresses, Maia decided not to pursue the entertainment business after her last few shows.

She has also been active in making various theatre productions. A major production she has acted in that got some heat was City Garage Theatre in Santa Monica, California.

However, Maia stopped acting in 1993 to pursue an everyday life and attend Yale University.

While Maia isn’t actively in the TV or Movie industry, she still enjoys her passion by doing theatrics.

What Did Maia Brewton Do After Acting?

After her acting career, Maia went to attend college at Yale University. At Yale, she pursued an attorney degree and graduated in 1998.

Little is known about what she did in her adulthood life other than what she was doing during college. Maia became a member of the Manuscript Society and Just Add Water.

Is Maia Brewton Married, or Does She Have Children? 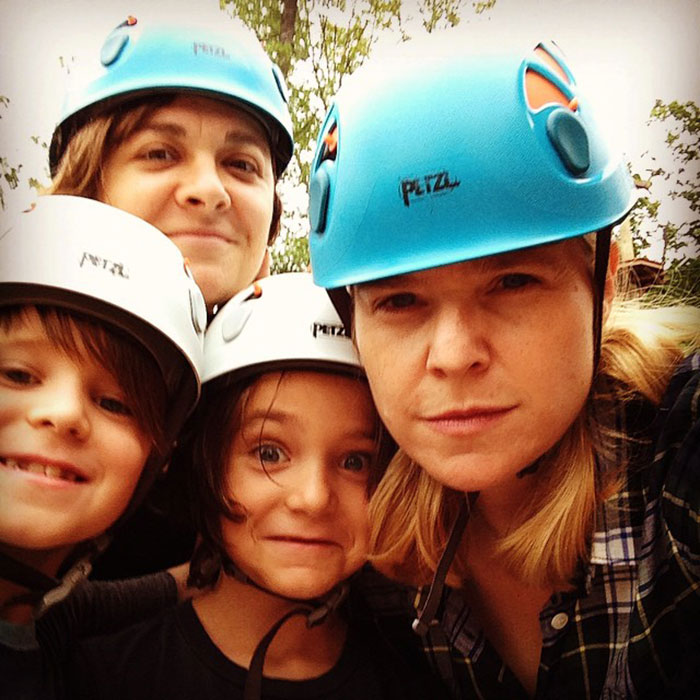 Maia Brewton is one of the openly lesbian celebrities and married her spouse in 2008. Her spouse is named Lara Spotts, and the couple gave birth to two lovely twin boys named Rizzo and Calder.

They currently reside in New York and are happily married and enjoy their family life.

Other than that, she has been happily raising her children with Maia Brewton.

What Has Maia Brewton Been Up To Recently? 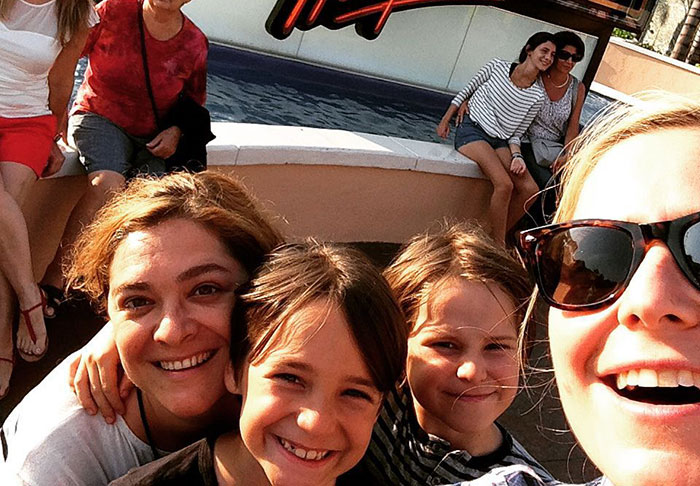 Other than her theatrics and working as an attorney in the Brooklyn area, there is little known about what Maia has been up to.

Maia’s only recent stage appearances were in 2002 for the short Is This Your Mother? and later appeared in Odd Mom Out in 2015.

When Maia appeared on Odd Mom Out, viewers got a glimpse of what Maia’s life had been like. She states that she and her wife live in Brooklyn and that she’s been recently into pickling foods.

She also appeared with the cast of Parker Lewis Can’t Lose at a Paris Manga convention in 2018, where she discussed her time on the show.

Maia had a very successful career in acting in her early years, however, she’s retired and has moved on from the entertainment industry. Of course, she still enjoys theatrics and has acting in her life.