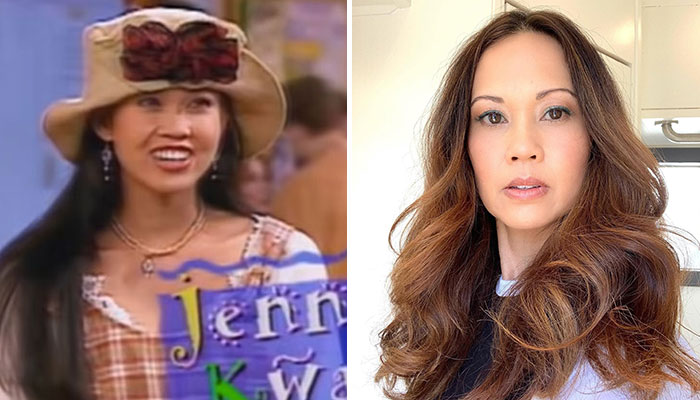 Who is Jennie Kwan?

Born Jenifer Trinidad Fernando on September 9, 1973, in Los Angeles, Kwan is of Filipino descent and got her start in show business at a young age. Her website describes show business as her "lifelong career." Clearly, from a young age, she enjoyed entertaining others.

At the age of 11, she performed in her first production. She was part of a group of theater kids known as Kids of the Century. She was leaving a successful production in New York and heading home to LA when a local talent agent discovered her.

When she turned 18, Jennie won a highly coveted and successful role. The producers of the Furst National Broadway Tour of "Miss Saigon" decided to cast her in the role of "Kim." Miss Saigon is a play about the Vietnam War, and Kim is a young Vietnamese girl forced into a difficult situation.

The role was very demanding, and Kwan only earned it after winning a worldwide search from the production company.

After her successful run with Miss Saigon, Jennie continued to work in theater, appearing in productions such as "Avenue Q" (about, funnily enough, a college grad named Princeton), "Bare," and "Land of Smiles." In Land of Smiles, Kwan starred in the lead role of Lipoh.

Kwan’s theater career began to take off shortly after this. She played in productions like "Blood Wedding" (about a wedding that doesn’t go smoothly), and "Tea: the Musical" (about a Chinese family).

She also spent several years as part of "Faces of America." Faces of America is a performance piece about diversity in America and is a collection of storytelling by immigrants to the United States.

In 2004, Kwan began to play as Jasmine in Disney’s California Adventure. She was the "face" of the park for several years, appearing on billboards and performing promotional work for the theme park.

Jennie also starred in several films. Her most notable work for the screen includes shows like "Entourage," "Promoted," and "Trojan War."

Trojan War is a romantic comedy. Trojan War is a noteworthy film for costing over $15 million to produce but earning a mere $309 in total ticket sales. The film was released in a single theater and was pulled after less than ten days. Promoted is a similar comedy. 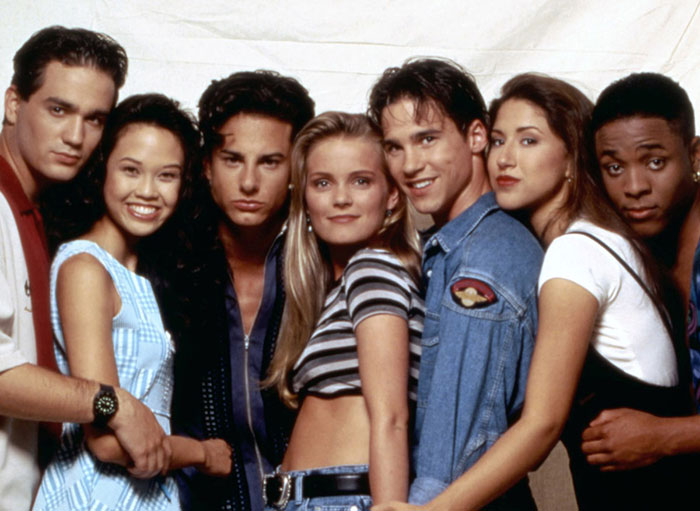 California Dreams is probably Jennie’s best-known role. She starred as Sam Woo in the show, which focuses on the lives of several diverse American teenagers trying to make it as a band.

The show spanned 5 seasons on NBC’s Saturday mornings between 1994 and 1999, with Jennie making her appearance in the second season. 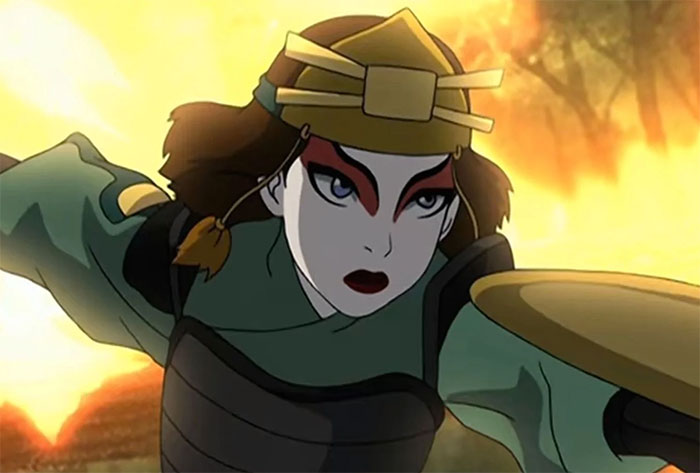 Jennie is an accomplished voice actress and her credits stretch all way back to 1991’s "Little Shop," where she played Audrey.

Unlike traditional acting, voice acting is a job that requires a different set of skills. Voice actors typically do not need to learn stage directions or memorize a script word for word, allowing them to focus on their vocal performance instead.

Certain types of actors excel at voice acting, and Jennie is one of them. Jennie has lent her voice to many popular shows and video games, including ".hack//G.U. Last Recode."

In "Last Recode," Jennie voices the character of Haseo. Haseo is a player in an MMORPG game who is trying to track down the hacker who stole his friend’s character data.

Fans of the show Avatar: The Last Airbender may recognize Jennie’s voice. She played the character Suki in the show in 2005. Suki is a warrior and friend to Team Avatar. Jennie acted on the show until 2008. She also voiced the character in the 2008 Avatar game.

What is she Jennie Kwan up to now? 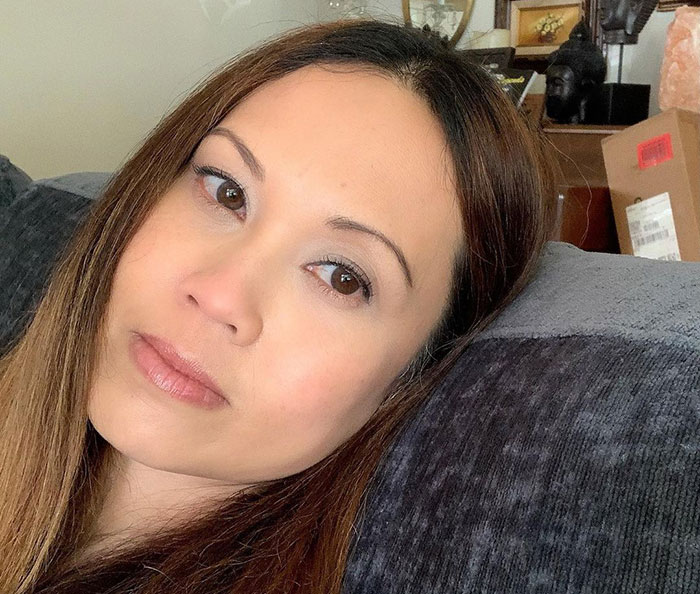 Jennie is married to Andrew Verona, and has been since Jue 10, 2012. Prior to this marriage, she was previously married to Matthew Garrett.

She lives in Los Angeles and enjoys spending time with her Brussels Griffon, named Calvin. It’s not known if she has any children.

Kwan is still performing as a voice actor. Her current project involves her voice acting for the main role of Mayuko Nise in "High Rise Invasion" and as the character Kakushi in "Demonn Slayer: Kimestu no Yaiba – The Hinokami Chronicles."

She also participated in the Let’s Do It!: A California Dreams Reunion, where she played herself in the 2009 documentary short about the show.

Jennie also participates in the music industry these days. She is part of a group called "Nobody’s Angel," performing under the Hollywood Records label.

The group is a girl pop band and just released their second album. They have already received several awards for their past work, including their performance as part of "The Princess Diaries" soundtrack.

She is also a regular member of the band "Twinkle Time," a band for children. She stars as Priscilla Poodle in this show. 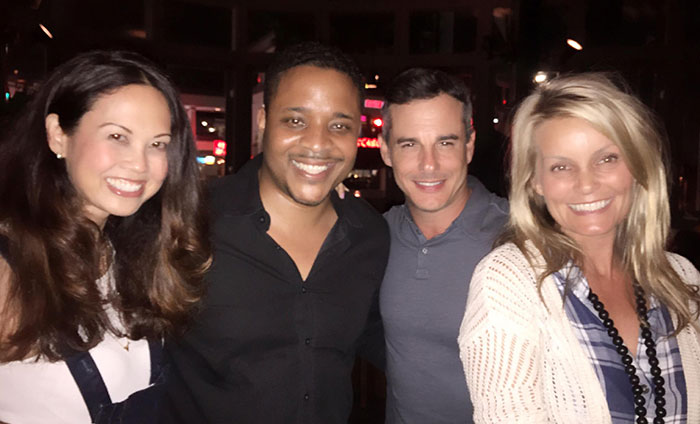 Jennie is indeed still friends with her former cast-mates from California Dreams. There are a few photos on her social media of them hanging out. In one post she posted a photos and captioned:

"These ties are strong. Grateful for our friendship over twenty years."

In 2019, most of the cast of California Dreams, including Kelly Packard, Jennie Kwan, Michael Cade, William James Jones and Aaron Jackson performed for a reunion show at a Saved By The Bell pop-up in Los Angeles.

They played 16 tracks over the course of one hour, including the popular theme song of ‘California Dreams’.

Jennie Kwan is an American actress and voice actor who has been in the industry for over 20 years. She’s provided her talents to a wide range of projects, from Entourage to Trojan War.

Her most notable work may be voicing in ".hack//G.U. Last Recode" and playing as Sam in "California Dreams." Jennie also voiced Suki on Avatar: The Last Airbender and participates with Nobody’s Angel band under Hollywood Records label as well as Twinkle Time Band starring Priscilla Poodle both shows geared towards children.

It seems like she will continue acting, singing, and participating in video games into the future!