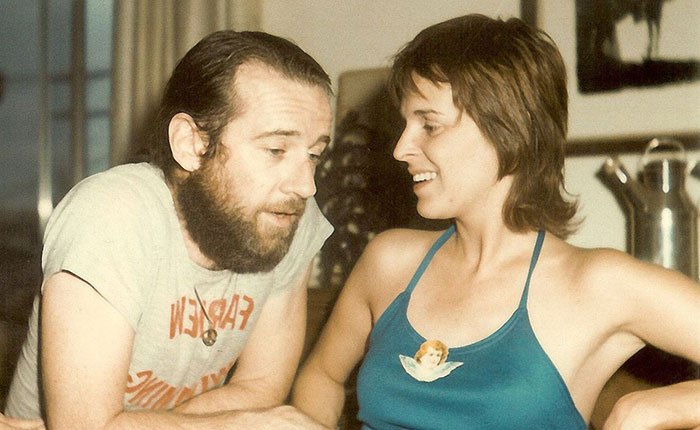 Many people know about legendary comedian George Carlin. The salty comic was even featured in movies like "Bill and Ted’s Excellent Adventure". What most folks may not know about is his wife of 17 years Brenda Hosbrook Carlin. While not as well known as her husband, she has lived an interesting and full life, including while she was married to the famous funnyman.

Who is Brenda Hosbrook?

Brenda Florence Hosbrook was born on August 5th, 1936 in Dayton Ohio. LIttle is known about her upbringing, but she continued to live in Dayton, Ohio where at the time she first met George Carlin she was living in a local hotel.

When Did She Marry George Carlin? 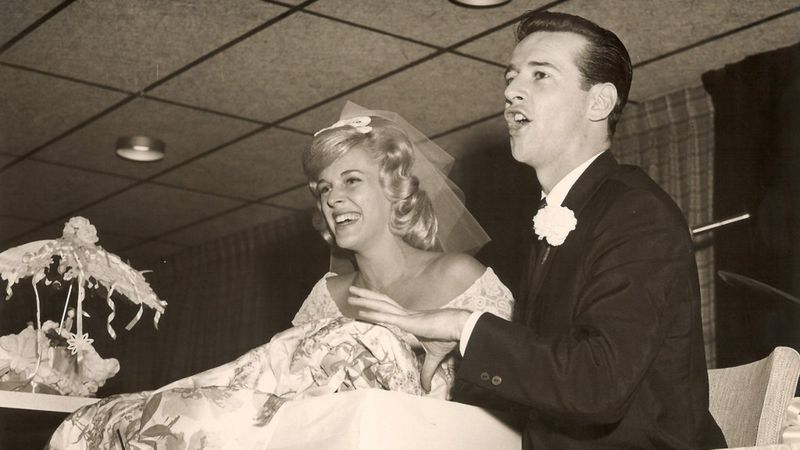 Brenda originally met George at the Racquet Club, where she was working at the time and while he was performing as part of the comedic duo of Burns and Carlin, warming up jazz and big band audiences.

She reportedly immediately fell in love with him and they began dating. They continued to date until January of 1961 when George proposed to Brenda. They were subsequently married on June 3rd, 1961

How Long Was She Married to George Carlin

Brenda and George married in June of 1961 and remained married until her death in May of 1997, managing to stay married nearly 36 years, despite George’s issues with drug abuse and numerous health problems.

In fact, during their marriage, Brenda is credited with supporting and being the inspiration behind her husband’s numerous comedy specials, related appearances, and even his short lived, albeit memorable movie career. George was quoted as saying that she “helped people become who they were meant to be and she was very loved”.

Brenda Holbrook was something of a pioneer in the world of cable television. She worked for television network HBO as a producer during the late 70’s and 80’s, a time when, for a while, cable was something of a luxury. During her time she was a freelance producer for the network and helped to launch the careers of numerous comedians.

She is also credited with being a producer on many of her husband George’s early stand up specials. Not only was she known for being the driving force behind her husband’s comedic television success, she, through her work, managed to launch the careers of many other entertainers.

Not only was she a pioneer in the cable industry before the cable industry became as big as it is today, she’s also one of the earliest female producers to do so. Even though other women had worked in television, she took a lead role in a new medium and is responsible for finding talent like “Pee Wee Herman” and Howie Mandel.

Did They Have Children? 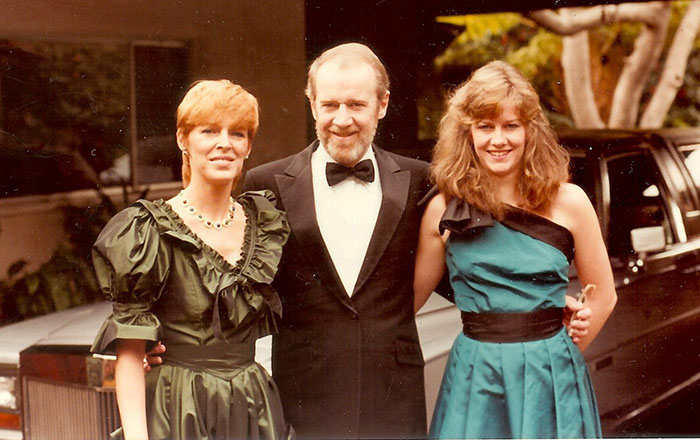 Brenda and George had one daughter, Kelly Carlin McCall born on June 15th 1963, just two years after they were married.

It is reported that the reason they never had more children was partially to do with the time period and her and George’s beliefs, being well involved in the 1960’s counterculture, protesting and fighting injustices, which left them with little time to care for children.

It is also thought that George felt that having more children would be difficult due to his work schedule and the fact that he suffered from drug addiction, namely cocaine. Brenda herself was known to have issues with alcohol abuse and occasional drug use and so it is believed the couple never had any other children due to an erratic lifestyle.

What Does George Carlin’s Daughter Say About Her Parents

Growing up the daughter of a famous comedian, Kelly has since written a memoir about being raised by the pair in the late 60’s and 70’s. In it she talks a lot about their parenting style and some of the things she went through as a result.

Kelly Carlin recounts a great deal about her father’s drug addiction and her mother’s alcoholism and talks about the fact that, for a time, she had to be the adult dealing with her parents.

She also makes notes about her father’s burgeoning career in the 70’s as is his standup specials, most of which were produced by his wife Brenda, were smash hits along with his comedy albums and tv appearances.

When Did Brenda and George Get Divorced

According to records, they were never divorced, they remained married until Brenda’s death in 1997, making George a widow at the age of 60.

No Brenda Hosbrook passed away on May 11th, 1997 as a result of complications from liver cancer which she had been battling for years prior. She died in her home in Santa Monica California and was survived by her husband George, daughter Kelly, a son in law, brother and sister in law.

She has a foundation that supports artist’s work and helps them find work as a non profit organization.

Did George Marry After Brenda Died?

George met comedy writer Sally Wade some 6 months after Brenda’s death. George hesitated to act on his feelings for Wade out of respect for his late wife, but the couple eventually started dating and were married in June of 1998. They remained together until George’s death in 2008, just shy of their 10 year anniversary.

What Did George Say About Men, Women, and Relationships?

George is known for his rants about relationships and how people interact with one another, including helicopter parenting and other topics, but most famously he talks about men and women and why relationships often work out the way they do.

In particular George talks a lot about the imbalances between men and women and how women are expected to put up with more and expected to act and look a certain way as a result of how society operates.

George was a big opponent of gender stereotypes and how women are expected to get married, have children and do exactly what they are told simply because that’s what society wants.

Part of the reason his work is so controversial is because of his stance on these topics, which he credits his wife Brenda in supporting him on and allowing him to do what he does best. .