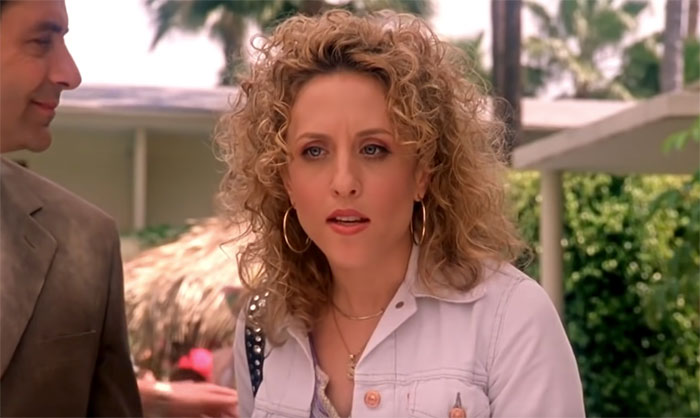 Bitty Schram is an American actress who has worked her talents both on stage in front of live audiences and behind the camera for TV and the silver screen. She is best known by her big blue eyes and curly blonde hair.

Elizabeth ‘Bitty’ Schram was born July 17, 1968 in either Mountainside, New Jersey or New York City (depending on the source) to a Jewish family.

She was an awarded a tennis scholarship that allowed her to attend the University of Maryland, from whence she got a degree in advertising design. Little else is know about her early years.

Bitty Schram started acting after college, when she adapted her stage name as Bitty, how we now know her best. She aspired to roles on stage and in movies.

On Broadway, she was cast in the 1993-94 production of Neil Simon’s Laughter on the 23rd Floor. Her stage acting continued off Broadway in Warren Leight’s One Acts and Blackout. 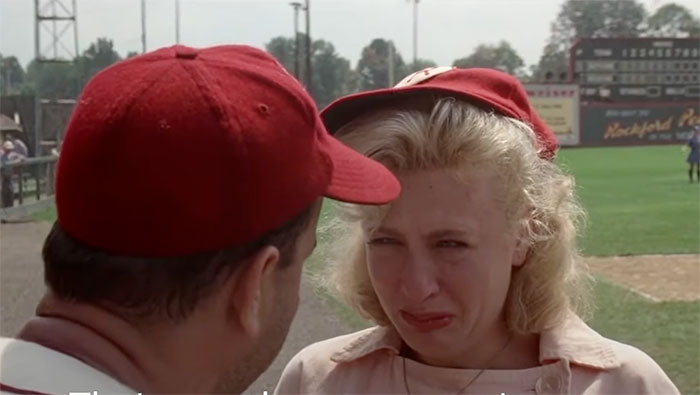 The roles Bitty is best known for are in Hollywood, though. Over the years she has acted in many films, cast across from greats such as Meryl Streep, Gwyneth Paltrow, and Jeff Goldblum.

In 1992, she had her film acting debut as one of the stars of the box office hit A League of Their Own, acting alongside the legendary Tom Hanks.

At the turn of the century, she began more TV work and after guest roles on Roswell and Felicity, landed the costar to Tony Shaloub on the detective show Monk.

Who was she on Monk? 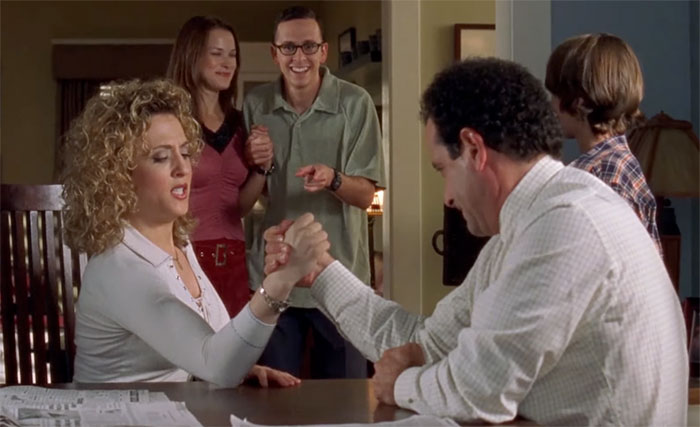 Monk is named after the title character, an ex-detective turned private investigator who suffers from severe OCD and assorted phobias.

Enter Bitty Schram as Sharona Fleming. It’s only thanks to his nurse Sharona that he is able to leave his house and solve cases.

She starts out as Monk’s nurse who helps him through his neurological disorders, but ends up being a key assistant who helps Monk solve cases in seasons 1-3.

Why did she leave Monk?

In 2003, Bitty was nominated for a Golden Globe Award for her role in Monk. This lead to a salary dispute and caused her to leave Monk in January 2005, half way through its third season. USA Network said that they decided to “go in a different creative direction.”

Schram’s management firm were quoted saying that the decision for Bitty to leave was made amicably between the two parties.

However, her departure from the show came with the gossip that other cast members were also keen to renegotiate their contracts – presumably also over salary-based qualms.

How much did she make per episode?

While we don’t have a clear salary number for Schram, we do know she was the second star cast in Monk, a show which cost $1.5 million per episode to produce in 2002.

If part of the Screen Actor’s Guild, an actor is guaranteed $1,620 per week for films that cost under $2 million to make. The rules are obviously different for TV shows, and even more different for principal performers who are nominated for Golden Globe Awards.

What episode of Monk did she leave? 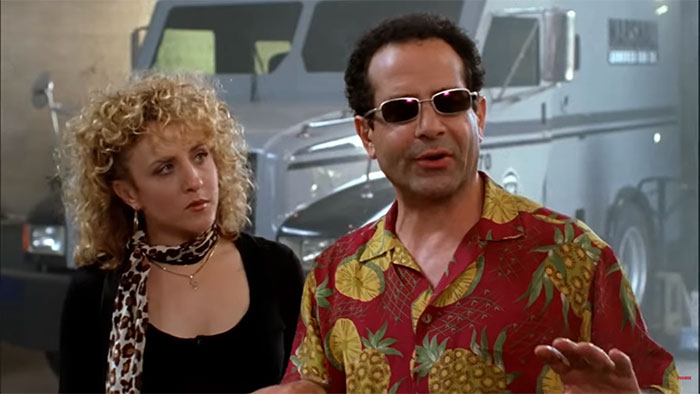 Writing Sharona out of the show was quite easy. In the first episode, Monk hints at her tendency to quit jobs. She technically quits with Monk twice, though doesn’t hold true to her promise until the third time.

She manages to hang on for two and a half seasons before finally leaving him in season 3 episode 8 ‘Mr. Monk Takes His Medicine’.

The reason given in the show for her final departure is that Sharona decides to go back to her ex-husband, Trevor, meaning that she moves to New Jersey. 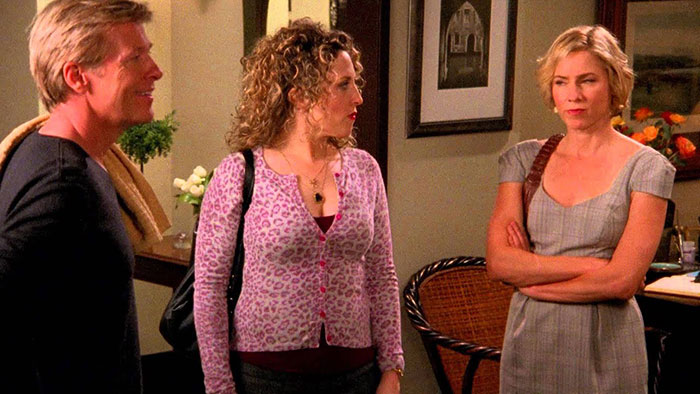 In 2009, Bitty returned to Monk for a single episode. In it, the character Sharona comes back to San Francisco to settle a dispute over her uncle’s will, in which there’s foul play.

The episode forces Monk to compare Sharona and his new nurse and assistant, Natalie, played by Traylor Howard.

What did audiences think of Bitty’s departure from Monk?

On the Monk Fandom Wiki, users are overwhelmingly positive about all aspects of Sharona’s character. While there are many who lament her leaving at all, most of the audience seem to regret Sharona’s leaving but also like the introduction of Traylor Howard’s character Natalie and don’t mind the change in script.

However, as many fans do, lots of users pick holes in the way they wrote Sharona out and criticize Natalie’s character for not being as sympathetic and caring to Monk.

In a 2009 interview with Inside Pulse, following Schram’s guest star appearance on a later episode of Monk, Bitty and former costar Tony Shaloub reminisce happily about their time acting together.

When asked to come up with their favorite memory working together, the two proffer several scenarios they laugh about to this day.

Regarding her return to set, Bitty said “It was honestly like I never left … It was bizarre, but in a good way.” She goes on to say that while it is a bit difficult to put a character away upon leaving a show, it never truly goes away, “like riding a bike.”

Finally, when asked if she’d like to ever revisit the character of Sharona, Bitty admits, “I think I’m capped out on it … I think I’ve explored all that I can explore with the character … But I would, if I had to go back to it.”

Overall, Bitty seems happy with the way she left and how the show wrapped up. Having that guest role in the last season must have helped give her closure.

What did Bitty do after Monk?

After leaving Monk, Bitty continued acting on both TV shows and in movies through 2009. She then took a big screen hiatus until a small role in a movie in 2016. Since then, she has not acted on stage or on screen.

In the same interview following her reappearance in Monk, Bitty admits that she’d been working on a pilot for an HBO-style dark satire based in New York City along the lines of the famous movie Network.

This project has never come to fruition. Ever since she left the spotlight of Hollywood and Broadway in 2016, nobody knows what Bitty Schram is doing now. 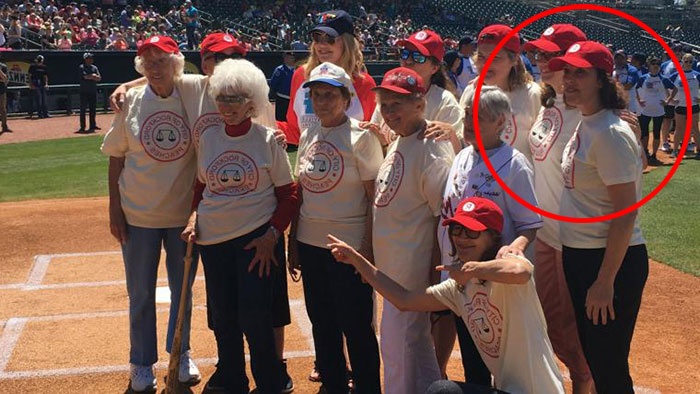 In 2015 she reunited with her castmates from ‘A League of Their Own’ for a game of baseball at the Bentonville Film Festival, to champion female voices in the entertainment industry.

She leads a very private life, so that there is next to no information about her.

Because of her privacy, it is unknown if Bitty Schram is married or in any partnership with someone.

The same goes about children: we don’t know if she has any.

Is she related to Jessy Schram?

There is no evidence to suggest that Jessy and Bitty Schram are related. Though they share a last name – and a not very popular one at that – they were born and raised half way across the country from each other and have no professed ties, despite both being successful actors.