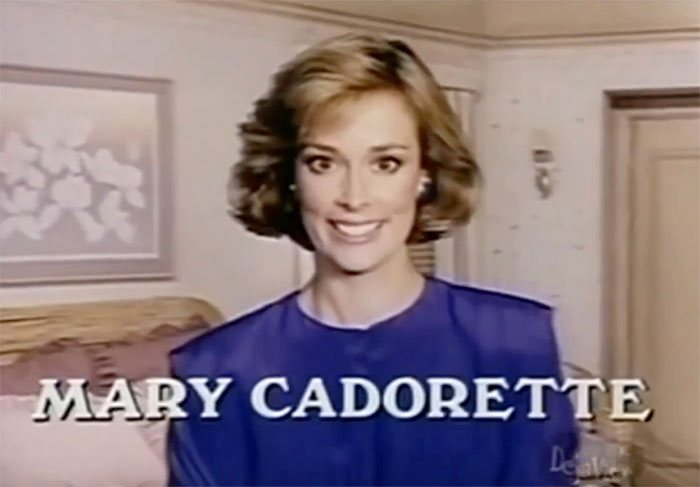 Mary Therese Cadorette is an American actress born on March 21, 1957, in East Hartford, Connecticut. She is best known for her work in television sitcoms.

She trained in dance at the age of five and would later enter dance competitions as she grew older, professing a love of dance. She was also Miss Connecticut in the 1975 Miss America pageant.

She graduated with a Bachelors in Fine Arts degree in dramatic arts and theater from the University of Connecticut in 1979.

Mary Cadorette’s career began with acting in commercials. She would land her first credit in the film Those Lips, Those Eyes as a dancer in 1980. Her big break would come in 1984 with a three-episode arc on the television sitcom Three’s Company. 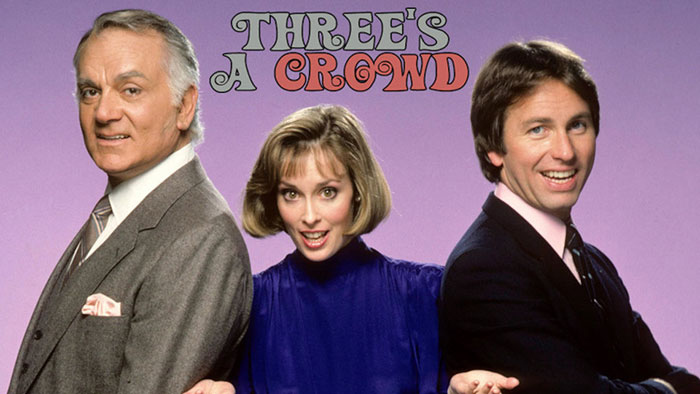 Mary Cadorette is best known as Vicky Bradford on ABC’s Three’s Company spinoff Three’s a Crowd. She would first appear in the original show alongside her Three’s a Crowd co-star John Ritter.

Three’s a Crowd was a sitcom that ran for 22 episodes. It followed John Ritter’s character Jack Tripper as he found himself in another awkward social arrangement as he fell for Mary Cadorette’s ‘Vicky Bradford’.

Jack and Vicky, unable to wed due to anxieties on Vicky’s end stemming from her parents, move in together. However, Jack must contend with Vicky’s landlord, James, who also happens to be Vicky’s father.

What did she do after Three’s a Crowd? 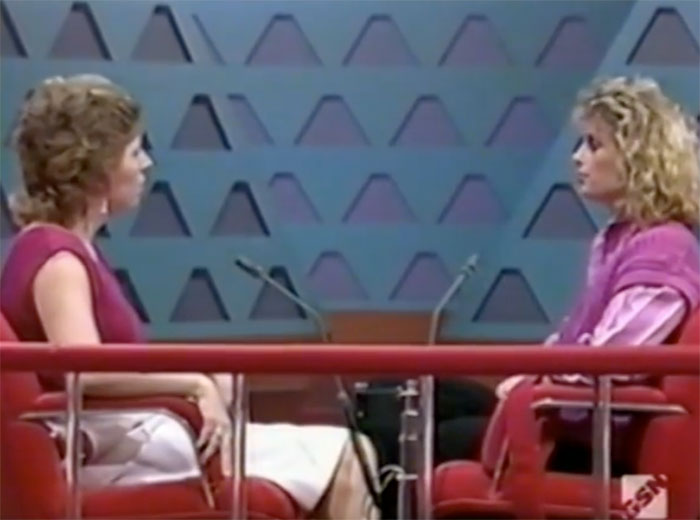 After Three’s a Crowd, Mary would also star in a couple of films, such as Stewardess School and The Rat Pack. She was also seen on several game shows as a contestant in the 1980s, such as The $25,000 Pyramid, Super Password, and Body Language.

Cadorette would perform multiple times with the USO and spend three and a half years as a Broadway understudy for the musical 42nd Street.

She would continue to work in sitcoms, usually in one-off guest roles, but did land a few recurring roles. The most significant post-Three’s a Crowd recurring role was Margaret Turner on Night Court from 1990 to 1991.

During the 1990s, she also operated a restaurant in Los Angeles called Mary’s Lamb, frequented by celebrities. Ultimately, she would leave California in the late 1990s.

Mary Cadorette would leave California in 1999 and return to Connecticut. She returned to her home state to care for her mother, who had recently had a stroke, for about eight years. In the meantime, she would continue to act in local stage productions, never entirely leaving acting behind her.

Having relocated to Connecticut, Mary Cadorette would find new outlets. One was the Chapeau Rogue Dance Project, which she founded with fellow dance-school friends Janet Stevens Fournier and Lynn Keating Moreau. 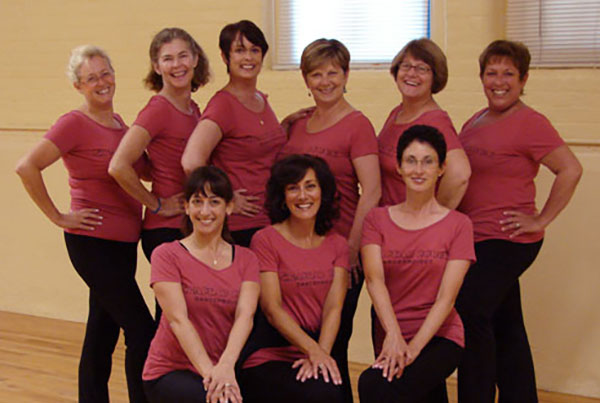 The Chapeau Rouge Dance Project (CRDP) is the brainchild of three women whose love, passion and joy for dance has never faded. They are all former students of the legendary dance teacher, Mary Morlock, with whom they studied, competed and performed together for more than 15 years. Lynn Moreau, Janet Fournier and Mary Cadorette-Harris reconnected at a retirement celebration for Miss Morlock in 2007. The trio missed dancing together and began to rent a studio where they could do the jazz warm-up that Miss Morlock had taught them.

Chapeau Rouge Dance classes are designed for adults with some prior training or dance background whose passion for dance has not fizzled, but have been unable to find a fulfilling class with their peers. The primary goal of the CRDP is to have a class where dancers can embrace the realities of their older bodies and be inspired and challenged in a way that rewards the body, mind, and creative spirit — with that always sought after side effect of getting in shape. CRDP classes fill the place in your soul that cannot be found in the gym, on the treadmill or in an aerobics class. Our classes will give you a great workout as you rekindle your love of dance.

She has also directed several local theater productions in Connecticut, including a local high school production of 42nd Street. 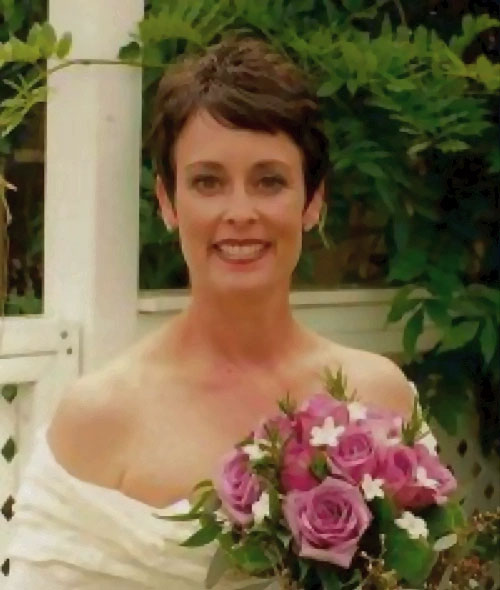 According to her LinkedIn profile, Mary Cadorette teaches various forms of dance. She has been considered core faculty at the Musical Theater Department of the Greater Hartford Academy of the Arts since 2010.

Mary Cadorette has been married three times. Her first marriage was to Michael Elsen. They married in 1982 and would divorce on an unknown date before her second marriage.

Her second marriage was to William David Harris, whom she had met in Burbank in the 1980s. They married within a few years, though the wedding date is unknown. Mary’s marriage to William would end with his passing on October 15, 2010.

What happened to her first husband?

Mary Cadorette’s second husband was William David Harris. He passed away at the age of 62 suddenly on October 15th, 2010. The cause of death is not public knowledge.

Does Mary Cadorette have kids?

According to various sources, Mary Cadorette-Daly has two children; however, information on her children is not widely available. As her children would now likely be adults, they have presumably chosen to keep to themselves.