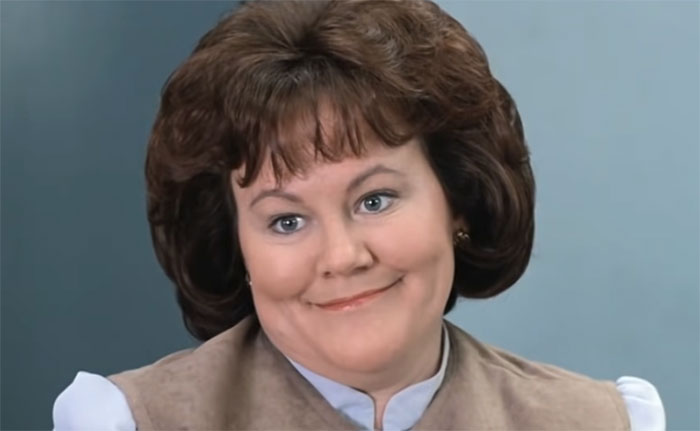 Born July 23, 1945, in Kansas City, Missouri, Edith Marie McClurg has had a long, successful career as a comic actress and voice actor.

She is an alumna of the performance group The Groundlings and has had substantial supporting roles in iconic and beloved films and an extensive television career.

Her role as a voice actress is also quite extensive, taking advantage of her distinct, mid-western voice.

Her father was Mac McClurg, a mailman, and her mother was Irene, a Federal Aviation Administration secretary.

Edie also had an older brother named Bob, an actor as well. She is also the cousin of Angelique Cabral, who may now be the conservator of her estate.

How did Edie McClurg get her start?

McClurg attended the University of Missouri-Kansas City in the mid-1969s and would teach radio for eight years. She later earned her master’s degree from Syracuse University.

For a time, McClurg would work as a DJ, newswoman, and producer for NPR affiliate KCUR-FM. She would portray John Ehrlichman in Conversation 26, NPR’s broadcast of the Nixon tape transcripts. She would earn a Doctorate in Philosophy in 2017 for this work.

Later she would move to California and become involved with the Pitcschel Players, a San Francisco improv group. Edie McClurg would later become a founding member of The Groundlings.

Due to connections established through The Groundlings, Edie McClurg began to find roles in film and television. Her first credit role was in Tony Orlando and Dawn, the tv comedy series where she was a regular from 1974 to 1976. 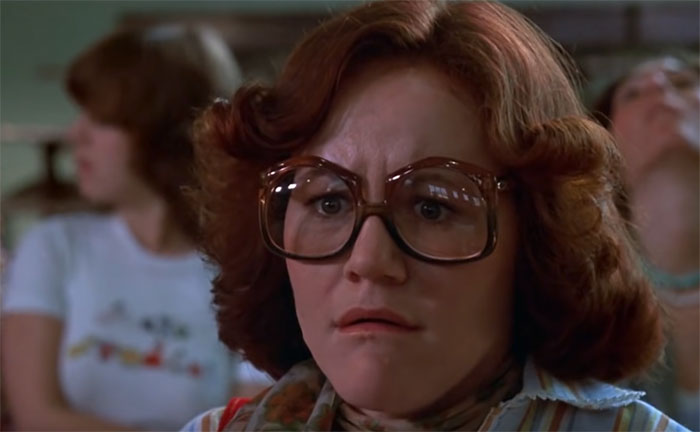 Her first film would in the 1976 Brian De Palma adaptation of Carrie. Based on the novel by Stephen King, this movie starred Sissy Spacek, Piper Laurie, Amy Irving, and John Travolta. Edie McClurg was one of the mean girls in the clique that tormented Carrie.

What roles is Edie McClurg best know for? 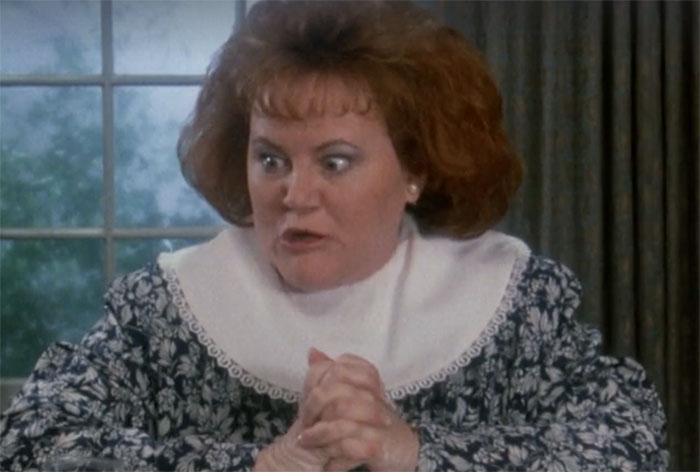 Edie McClurg has had a significant career with over 200 credits as an actress since the 1970s. She was particularly notable in the 1980s and 1990s for brief roles in iconic films in addition to work in television sitcoms. 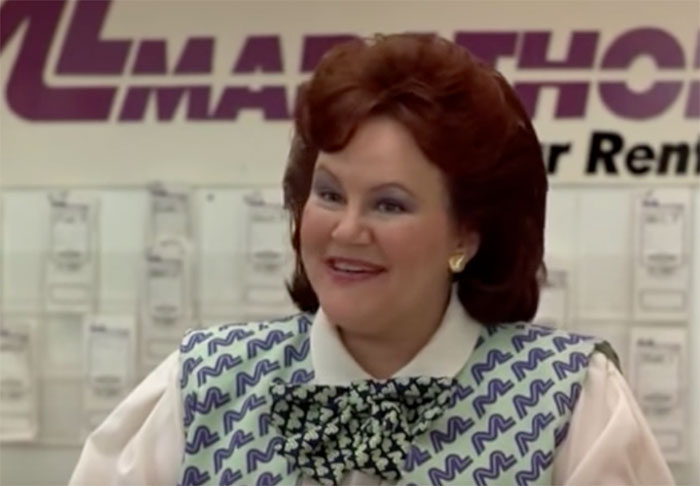 She would have highly memorable appearances in these films, particularly in the John Hughes films Ferris Beuller’s Day Off and Planes, Trains & Automobiles that played on her bright, midwestern accent. She played a memorable antagonist opposite Cassandra Peterson in Elvira: Mistress of the Dark.

Her television career spanned many sitcoms and one-off appearances on existing shows. She may best be known for appearing on The Jeffersons in a few episodes from 1982 to 1985 and Valerie from 1986 to 1991. 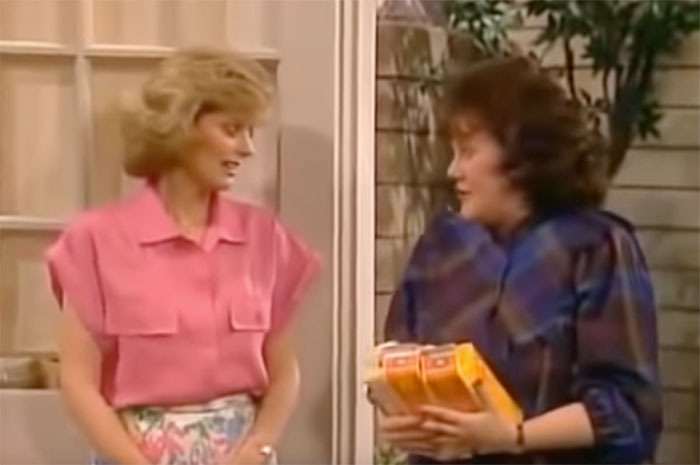 However, her most significant television series would be Small Wonder, where she played Bonnie Bindle, the noisy next door neighbor, from 1985 to 1988. She would make a notable series of appearances on the drama 7th Heaven from 1996 to 2006.

Edie McClurg started voice-acting relatively early into her career, and her distinctive voice work has created a sizeable part of her filmography.

She first started her long affiliation with animation by performing various voice roles in Scooby-Doo and Scrappy-Doo in 1979.

She would continue to appear in Scooby-Doo projects for decades to come. This would include The New Scooby-Doo Mysteries in 1984, The 13 Ghosts of Scooby-Doo in 1985, and Scooby-Doo! Pirates Ahoy!

In 2006. Edie McClurg would also work frequently with Disney animation across several series in addition to the animation studio Klasky-Csupo across several of their series, including Rugrats and Rocket Power.

She performed the role of Miss Right in the cult animated classic The Secret of NIMH (1982). Among other beloved animated properties, she can be heard in several Clifford the Big Red Dog projects, Escape From Monkey Island (2000), and two Snorks series, Life With Louie and Bobby’s World. 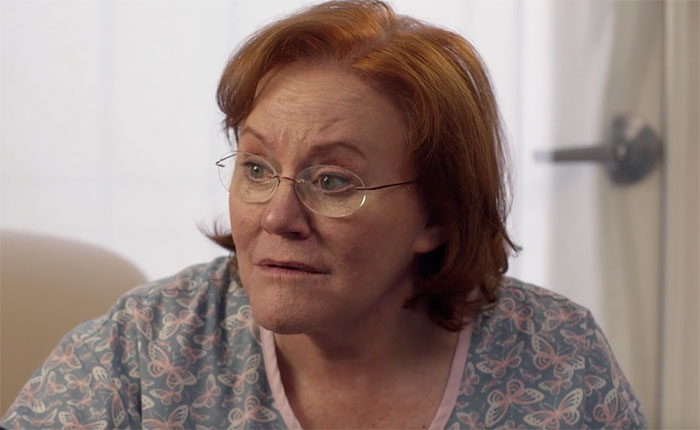 While Edie McClurg is still acting even in 2022, her work has been chiefly in voice acting. One reason for this is due to declining health.

A report in 2019 from TMZ indicated that the comedy actress might be the center of a struggle due to the onset of dementia. Specifically, Edie’s niece, cousin, and friends filed a request for conservatorship to handle McClurg’s affairs as there was concern about a live-in friend manipulating her.

Beyond that 2019 update, however, we don’t know the situation regarding the conservatorship. She did appear in a guest voice acting role in Family Guy in 2020, and in 2022 she will appear in the drama Eyes Upon Waking alongside Joe Estevez and Jennifer Scott.

There is no indication that Edie McClurg has ever been married. Part of the alarm and confusion with her family has been her live-in friend, who had suggested he would marry her but did not seem to do so. There were anxieties about him taking advantage of her as her mental health diminished.

There is little indication of Edie McClurg’s dating history either.

There is no evidence that Edie McClurg has children.