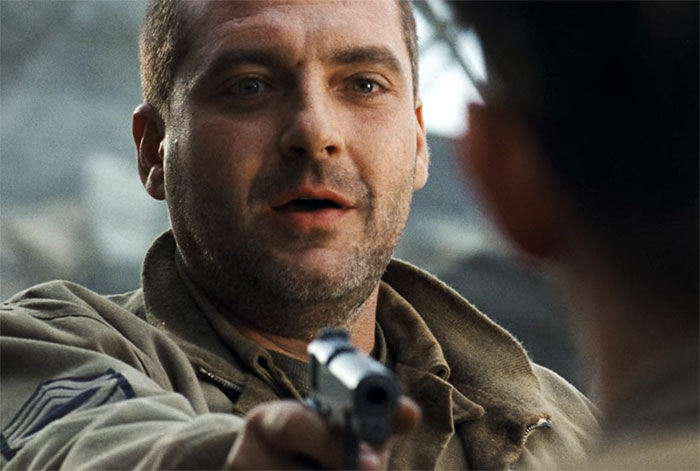 Thomas Edward Sizemore Jr. is an actor and producer born in Detroit, Michigan, on November 29th, 1961. This 5’ 10½” (1.78 m) actor has established himself over his film career with a tough-guy persona and has appeared in many prominent projects. He is not without controversies in his personal life, however.

Tom Sizemore was born to Judith Sizemore (née Schannault) and Thomas Edward Sizemore, Sr. Judith was a member of the city of Detroit’s ombudsman staff. Thomas Sr. was a lawyer and philosophy professor. Tom Sizemore Jr. also has two siblings. Aaron Sizemore is a writer, while Paul Sizemore is his youngest brother.

The Sizemores are a family that follows a Roman Catholic faith. He has English, German, Scottish, French, and Welsh ancestry. He also states that his maternal grandfather was of African-American or Native-American descent and originated from the Cherokee or Creek nations.

Tom mentions on a podcast that his interest for acting started in the second grade after having watched the Wizard of Oz with his mom.

I said ‘when we see it again, can I maybe be in it? I wanted to fly like the monkeys.’

Tom mentions that after watching Robert DeNiro in the Deer Hunter motivated him to get into acting.

When I was 16, we got to the movie theater, it was crowded and all these people from all these walks of life were all talking. It was Christmas time and then the movie was over and no one moved for like, I don’t know 10 minutes and and I was just really moved.

I remember thinking vividly, whatever that is, I want to be part of it. I gotta figure out how you do that, wherever they’re doing and find out who does it and I gotta become part of it.

I started taking acting classes, first at school and then with a private teacher and my mom was real supportive. And then when I was going off to college, I was in a theater major and later she told me she was okay with it, because she thought if it doesn’t work out I could always become a lawyer or take that degree and do something else.

But I started to do really well at it and i became a star at Wayne State UJniversity and then I got into these really good acting programs. I was an alternate at Yale and got into Temple and I just became really good at it.

Tom Sizemore has had a prolific career in many films. He currently has over 250 acting credits since he started acting in 1989. He is still working today. 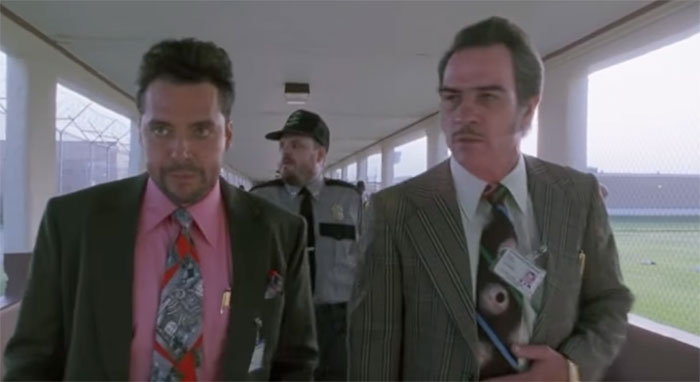 His earliest acting credit was in an episode of Gideon Oliver where he played the character of Paul Slocum in “Sleep Well, Professor Oliver.” That same year he would appear in the Sylvester Stallone movie Lock Up; here, he played a prisoner named Dallas. 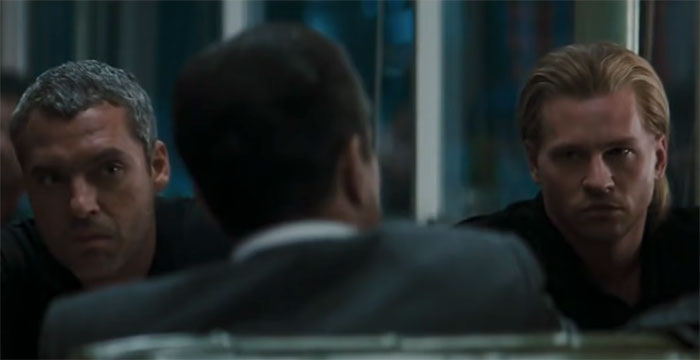 Time Sizemore’s profile as an actor would rise in the mid-1990s, and he would start landing his leading roles. He would make an impact in a supporting role as the character Michael Cheritto in the 1995 heist film, Heat.

Sizemore’s first significant leading role was in the 1997 monster film The Relic, where he played the character of Vincent D’Agosta. He would also play in television series such as China Beach from 1988 to 1991. 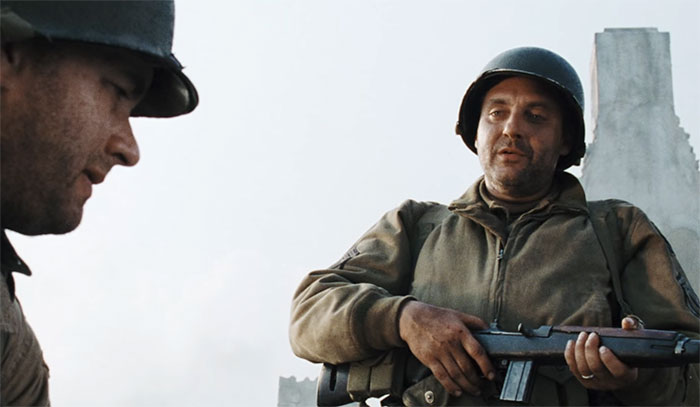 His most significant roles would be in films such as Pearl Harbor (2001), Black Hawk Down (2001), and the voice actor for the character of Sonny Forelli in the video game Grand Theft Auto: Vice City. He had a significant role in the military drama Saving Private Ryan in 1998. In 2006 he was even the focus of a reality television series called Shooting Sizemore that chronicled his struggles with addiction and maintaining his career.

What is he doing now? Is he still acting? 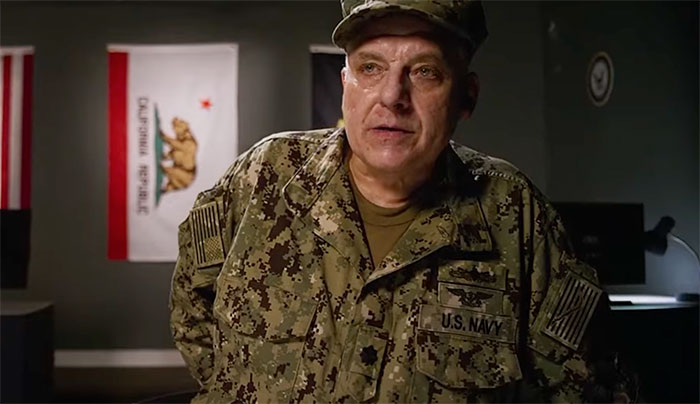 Tom Sizemore has continued to appear in films and television, even though his career has been hit with some controversies. He is so prolific that he currently has 30 credits on IMDB for upcoming releases and in-production projects. Throughout his career, he has also won several awards, including a Vegas Movie Award and IndieFEST film award.

Tom has been known to periodically front a Hollywood rock band called Day 8. He is also on Cameo, where you can purchase a personalized video for $195. 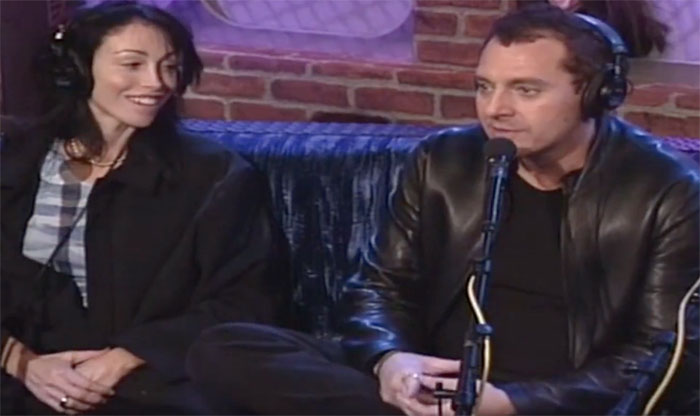 Tom Sizemore has been in several high-profile relationships throughout his career. One of his more unusual entanglements was a 2014 claim that his supermodel ex Elizabeth Hurley had been in an affair with Bill Clinton during his administration.

Sizemore later denied this, suggesting that the claims resulted from his drug addiction. He had dated Hurley in 1992.

Sizemore was married for a time to Maeve Quinland from September 1996 to November 1999. The two divorced in 1999.

Tom Sizemore has two children. The twins, Jayden and Jagger, were born in July 2005 to their mother, Janelle McIntire.

Tom Sizemore has struggled with substance abuse and addiction. Sizemore has confirmed in interviews that he has battled drug addiction since he was 15. This addiction was partially to blame for his 2003 domestic violence conviction against his then-girlfriend, Heidi Fleiss. He would serve seven months in jail and four months in drug treatment due to multiple probation violations.

Another incident in 2007 resulted in an arrest when he was found in Bakersfield, California, possessing methamphetamine. He would later appear in the third season of Celebrity Rehab with Dr. Drew, reuniting with ex-Heidi Fleiss amicably.

In 2017, he was again charged for domestic abuse stemming partially from his addiction. He spent 36 months on summary probation, served 30 days of community service, and spent a year in a domestic violence program. This was among other consequences.

Most recently, he was arrested for misdemeanor drug possession in Burbank, California, in January of 2019.

Sizemore has had several celebrity supporters who had worked to help him get clean, including director Steven Speilberg and actor Robert DeNiro. He credits these interventions for his continued success in his career. 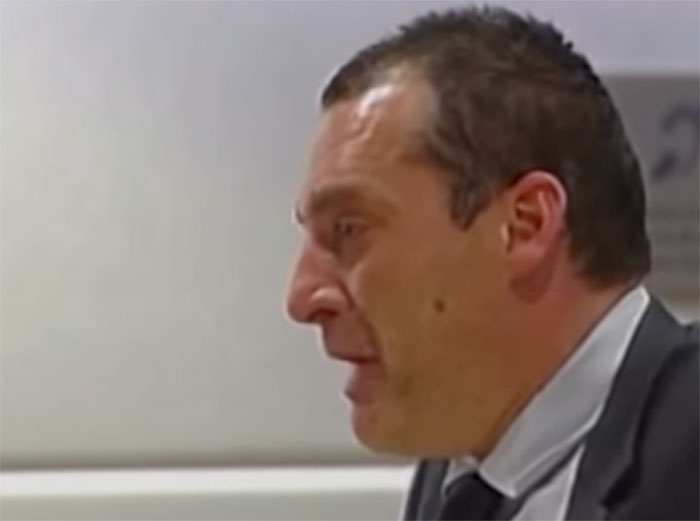 For all of his success as an actor, Tom Sizemore has faced numerous legal troubles. Despite multiple high-profile arrests and allegations, he has maintained a steady career.

One of the darker and murkier legal challenges the actor faced involved accusations of inappropriate conduct with an 11-year-old actress on the set of the movie Natural Born Killers in 2003 on the shoot in Salt Lake City, Utah. The accusations came to light in 2017, but it was revealed that Sizemore had denied them and that the Sal Lake County prosecutor’s office had decided against moving forward due to issues with the witness and evidence. Sizemore was not charged with the incident.

However, in 2018, that actress, who was 26 then, filed a lawsuit against Sizemore for $3 million. In August of 2020, it was reported by USA Today that a Utah Judge had dismissed the lawsuit. Sizemore has continued to deny the allegations.

Michael Madsen and Tom Sizemore are not related. However, they are close. Close enough that Tom is godfather to Michael Madsen’s son, Hudson.