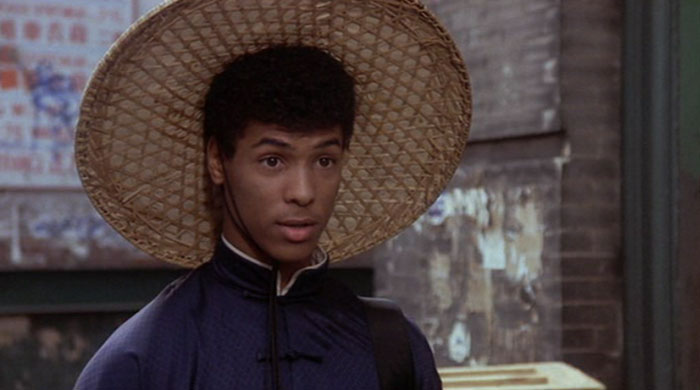 Singularly focused on his emotional well-being and physical training, Taimak did not exactly set out to become a famous entertainer. However, due to his role in The Last Dragon, he became well known among martial arts enthusiasts and movie fans across the globe. 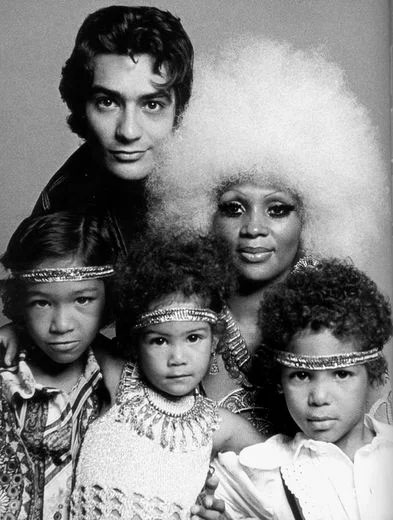 The story of Taimak Guarriello began on June 27, 1964. Taimak’s father is Italian and is from Naples, Italy. His mother is African-American and from Harlem.

Taimak’s dad, Tony Cosmo, was a doo-wop singer who had a hit song, Teenager For President. His mother was a soul food chef. They had a very interesting story, as they battled unpopular perceptions about interracial marriages at the time in order to stick together and provide for their son. His dad would receive hate mail for marrying outside his race.

Taimak mentions that between the age of 7 and 14, him and his family divided their time between New York City and in Europe. He mentions that during that time he picked up a cockney accent. However he dropped it because he got in a lot of fights from kids making fun of him.

Taimak mentions that his upbringing was less than ideal.

It was very hard because my parents was so young and they were in a tumultuous relationship. They were breaking up, getting back together. There were bad fights and you know, basically my brother and I had to fend for ourselves at times.

It did not take very long for young Taimak to get involved in martial arts. Like many kids growing up in the sixties, seventies and eighties, he looked up to Bruce Lee as a young boy and started his martial arts journey at 6 years old.

Taimak is a lifelong martial artist and has also trained in kung-fu, aikido, kickboxing, jiu-jitsu and judo. He has trained with some notable martial artists including Ron Van Clief, Eddie Encarnacion and Marcelo Garcia.

To this day, remaining physically fit is a large part of Taimak’s life. While he can appreciate the athleticism of UFC competitors, Taimak’s observation is that the sport has strictly become about violence and winning, rather than the internal cleansing that martial arts has historically provided. 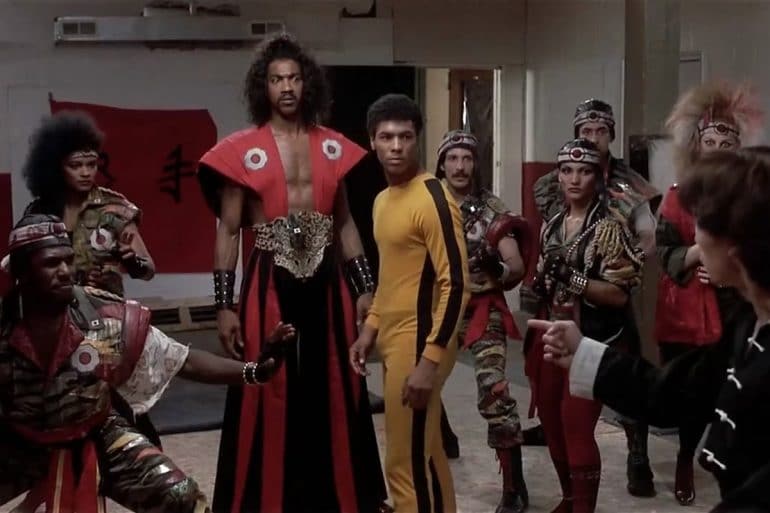 As a young man, acting was arguably the farthest thing from Taimak’s mind. His ascension in the national martial arts scene was well documented, and he wanted to continue to grow in that capacity. However, while locked in on this goal, he continued to hear about this ambitious production being put on by Berry Gordy and director Michael Shultz, which would focus on martial arts in the black community as its main plotline.

Taimak figured he might as well try out for a role on the film considering it intersected with his passion. According to his recollection, that audition did not go very well, and it seemed like the opportunity would not be in the cards.

I had an expectation that it was a karate exhibition, that I was supposed to perform. So I had my gi with me and I walked into this building. I thought there was gonna be area where you can show off and do a kata or something and it was just a traditional casting office. I saw people sitting down with a script…and it kind of confused me, because I didn’t see anybody really warming up or anything…. I was naive and I didn’t know anything about the acting world…. so I did terrible.

However, Taimak practiced the script on a trip to Miami and he returned to the casting office for a second bite at the apple, and had a much better performance.

He would be selected for the lead role, playing the character of Leroy Green. It was an amazing turn of events for Taimak, because it was literally his first professional acting gig.

The main character was one of the pre-eminent fighters in New York City, and was looking to achieve the final level of spirituality that had been attained by others like his idol Bruce Lee.

Along the way, Green runs into Sho-Nuff, who wants to challenge his supremacy atop the martial arts world. In his quest for “the glow” of a true martial arts master, he also is tasked with defending those who are threatened by those just looking to cause trouble.

Although a sequel was on the table for Taimak, he decided against signing on to the movie after he said there was heavy handed negotiation tactics being used against him, including being insulted and being left out of the profits of the movie, if it were a hit.

He also mentions that his relationship with Berry Gordy was irreparably damaged because he had not signed on and has since said he felt betrayed by him. 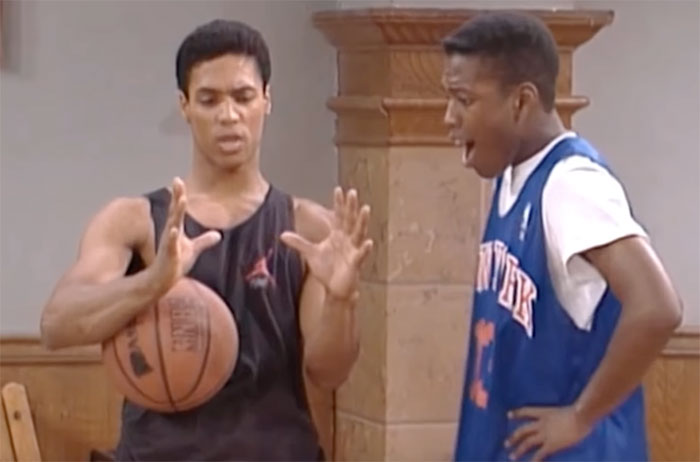 Although he would never be as closely linked with a role like he played in The Last Dragon, Taimak would continue to pop up in different shows and movies over the next few decades.

Even in the eighties, Taimak was concerned that his role as Leroy Green would typecast him as a hero for everything he would want to do in the future.

He was a nefarious character in a 1989 TV series called A Different World, where he played the role of Gareth Parks. He would also play a role as a bartender in Beverly Hills, 90210. 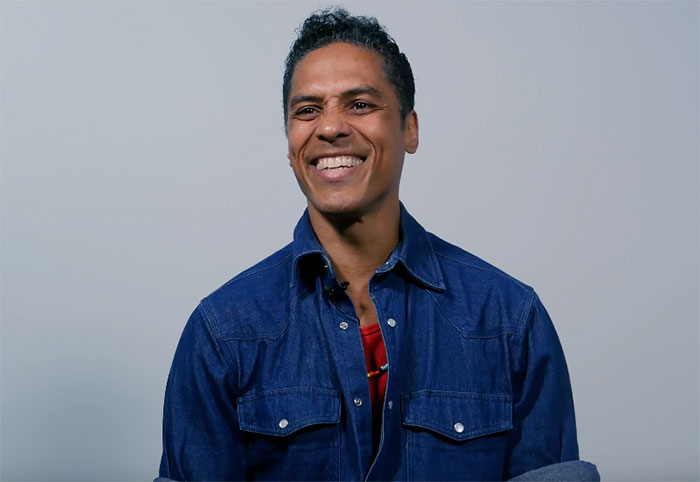 Taimak is still very much involved in the entertainment world to this day. He directed a short film called I’ve Seen Things, which he also appears in. 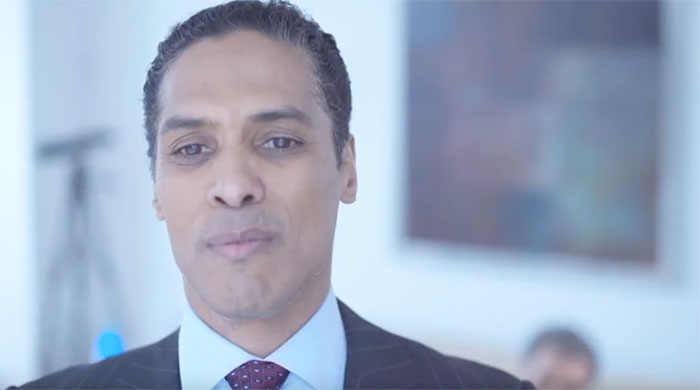 As recently as this year, he also appeared in a movie called The Fearless Three, so it seems like Taimak is still willing to involve himself in projects that he feels invested in.

Hardcore movie fans will remember Taimak’s love interest with fellow actor Vanity’s character on The Last Dragon. As it turns out, they did actually go on a few dates in real life around when the movie was shot.

In an interview with VladTV, Taimak remembers choosing her as the lead actress in the movie

They started casting females and Berry Gordy would have me sit down and watch some of the tape see what girls that I thought would be right to work with. A lot of beautiful girls, A lot of soap opera actresses, but I thought that they all didn’t have that charisma, that you know that was needed. So he asked me who I liked and I chose her and he’s okay that’s who we’re gonna hire.

Vanity would later struggle in life with a crack-cocaine addiction, which would result in kidney disease and eventually her death in 2016.

When asked about her struggles with drugs, Taimak mentions that Vanity would call him once in a while in a drug induced state, although he didn’t recognize it as a call for help and he didn’t know how to handle the situation. 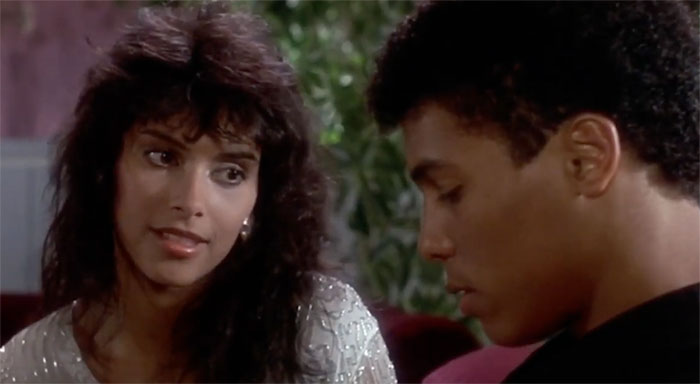 That is about as much information as is readily available about his personal life. It does not appear as though Taimak has ever been married, nor does it seem like he is the father to any children.